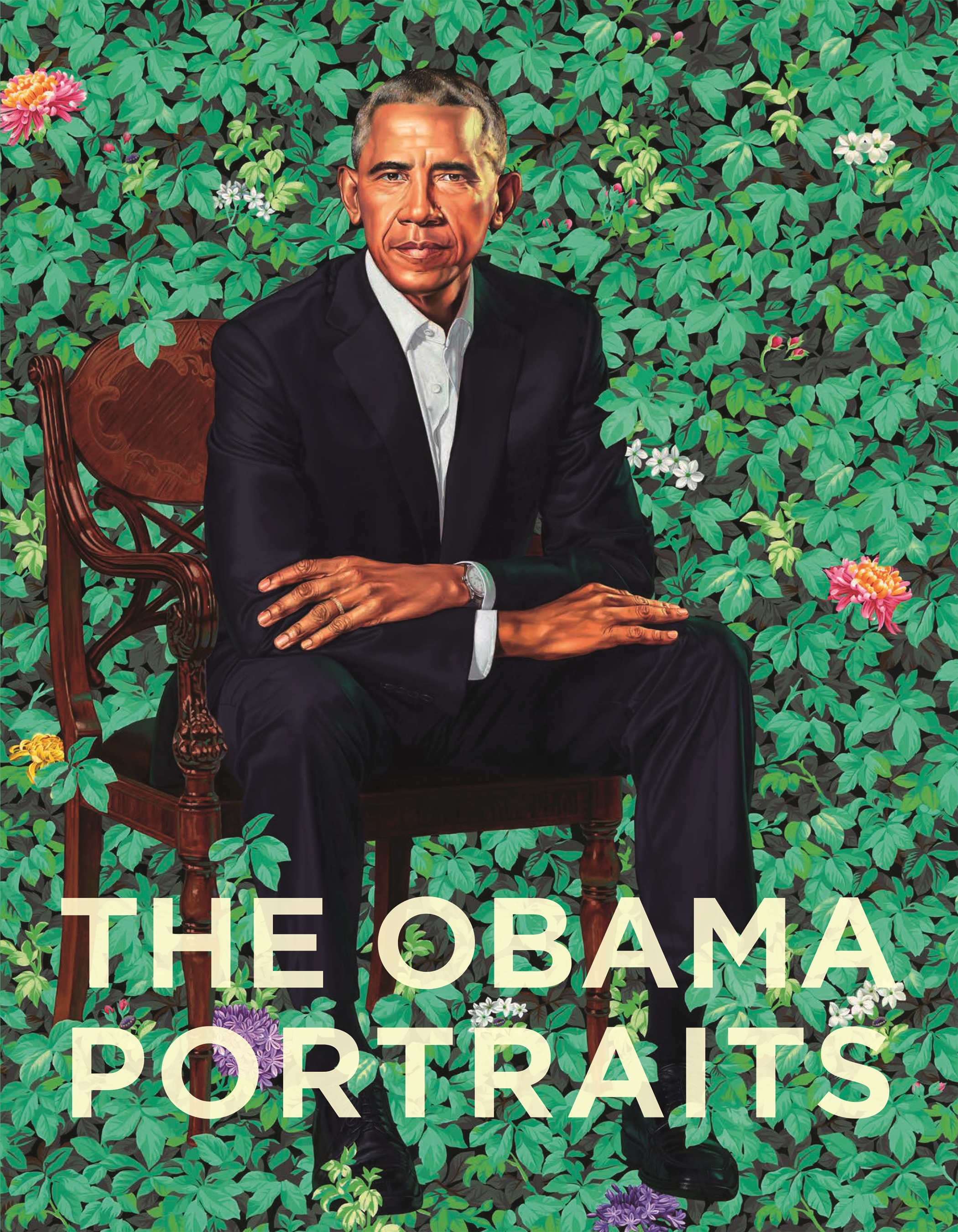 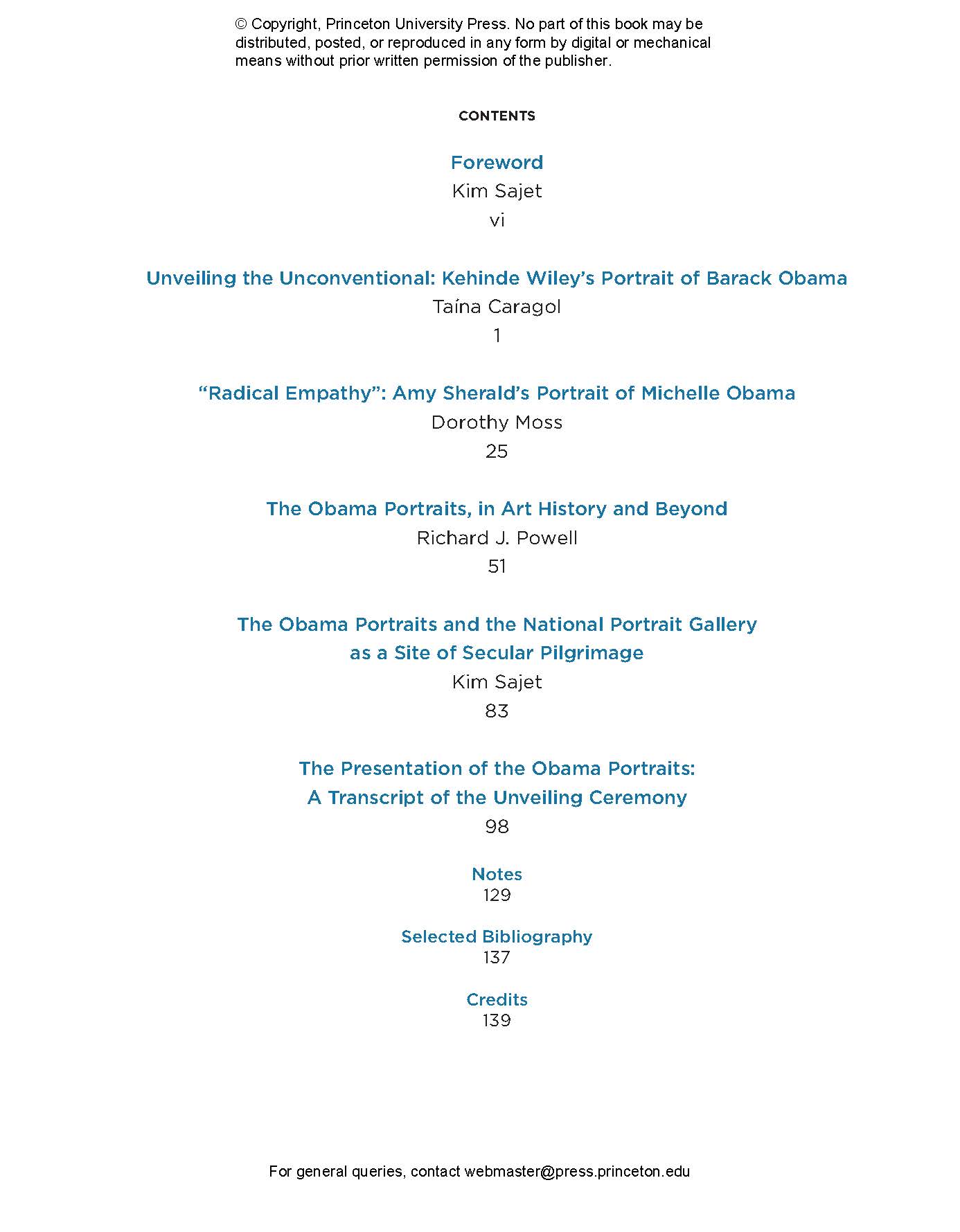 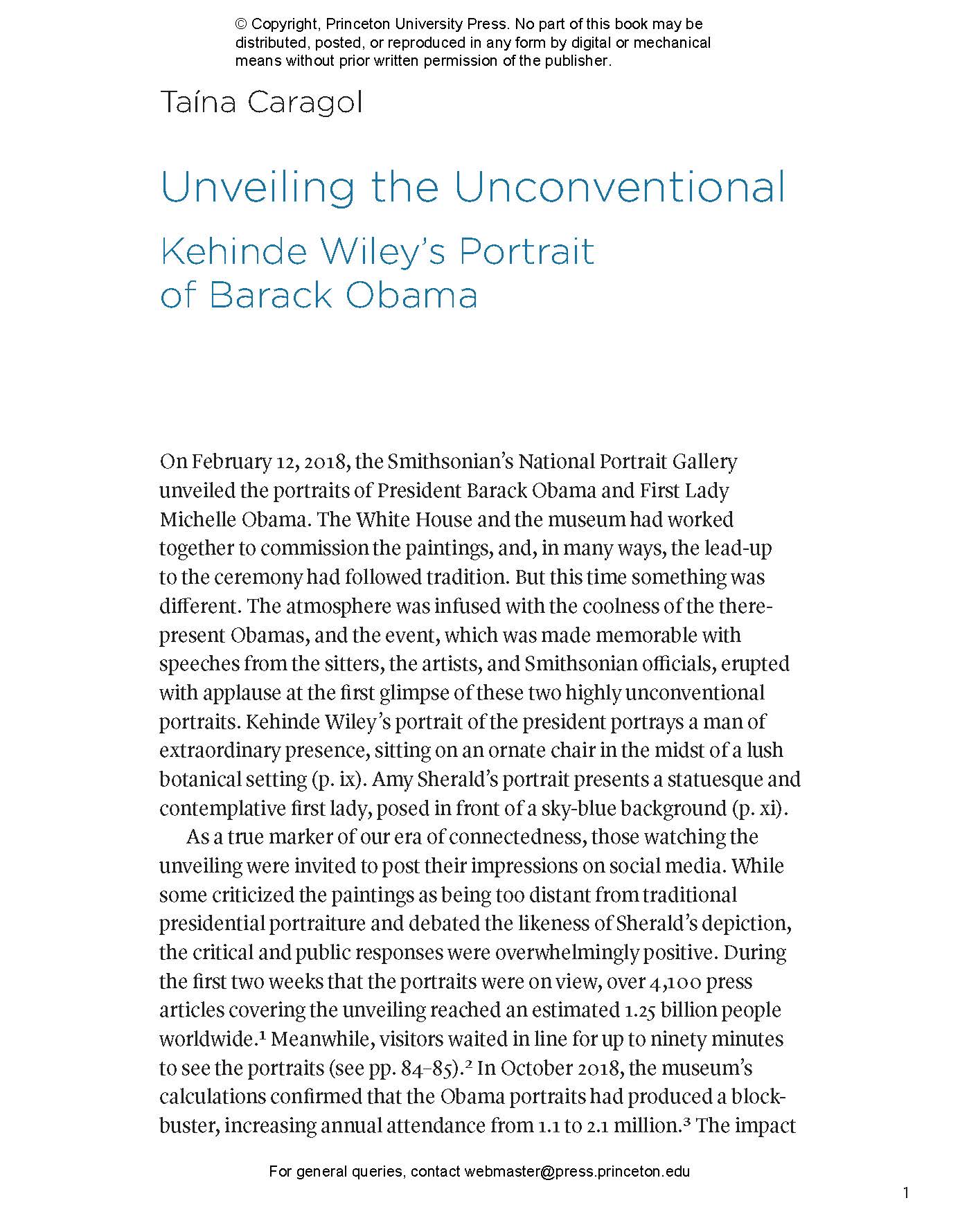 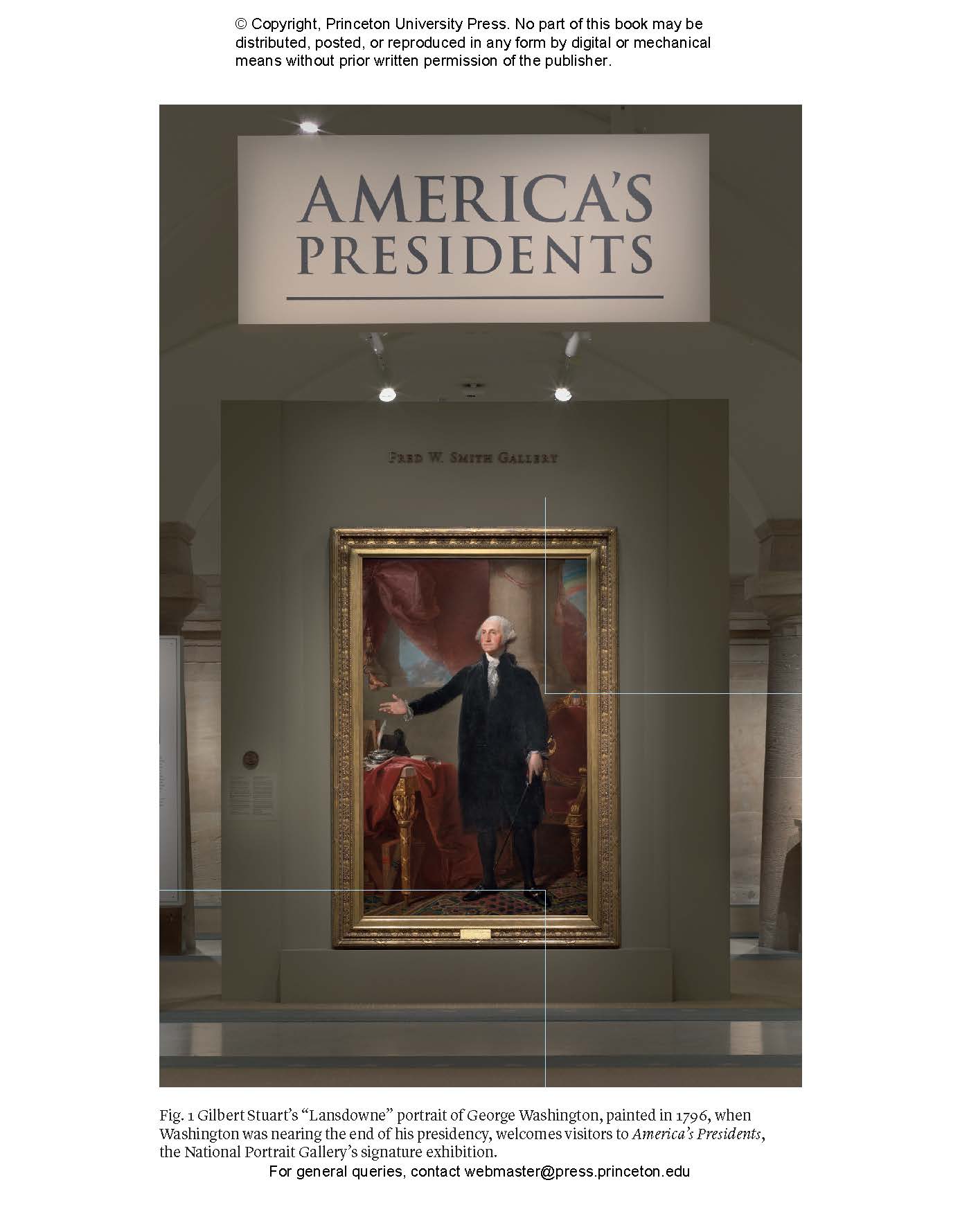 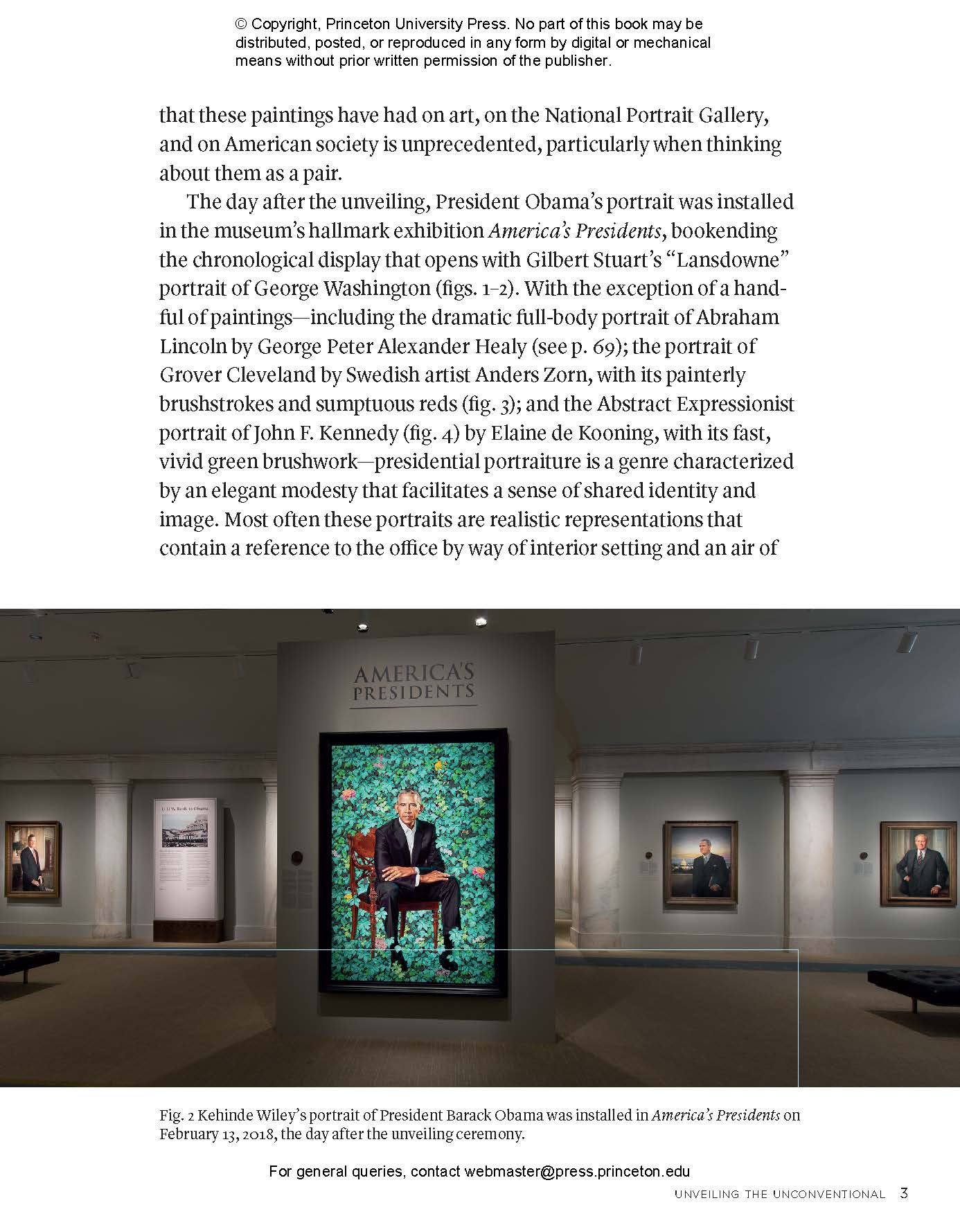 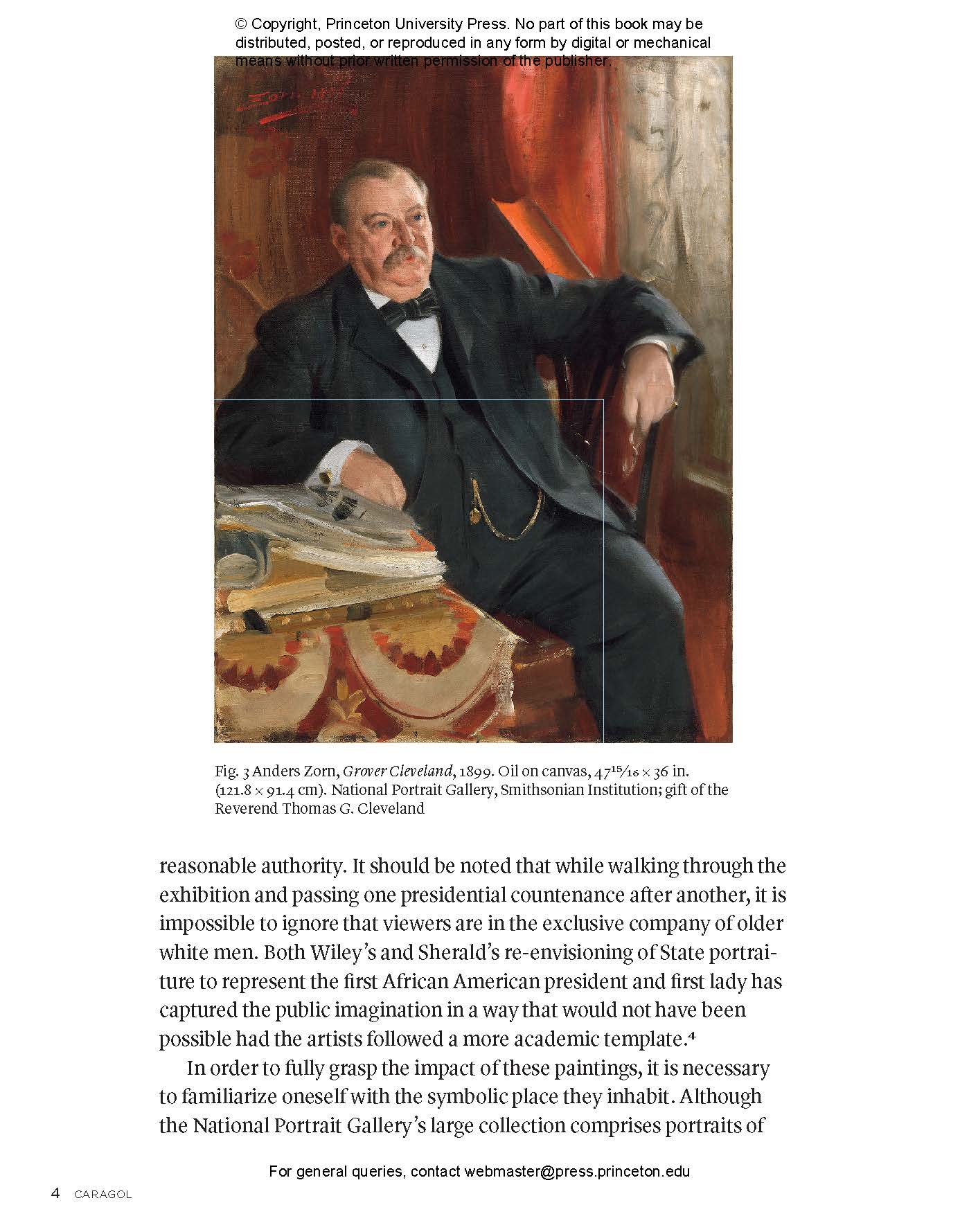 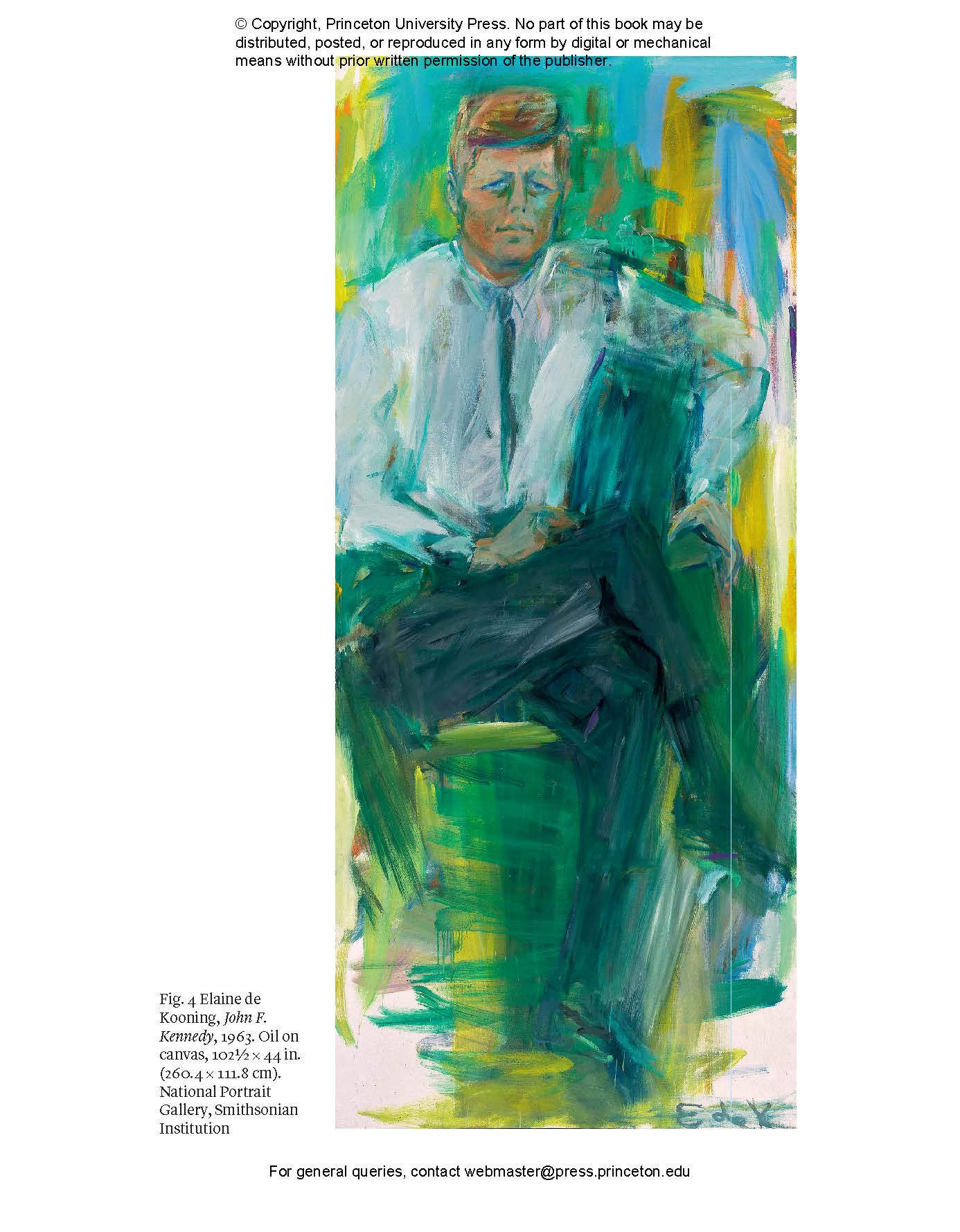 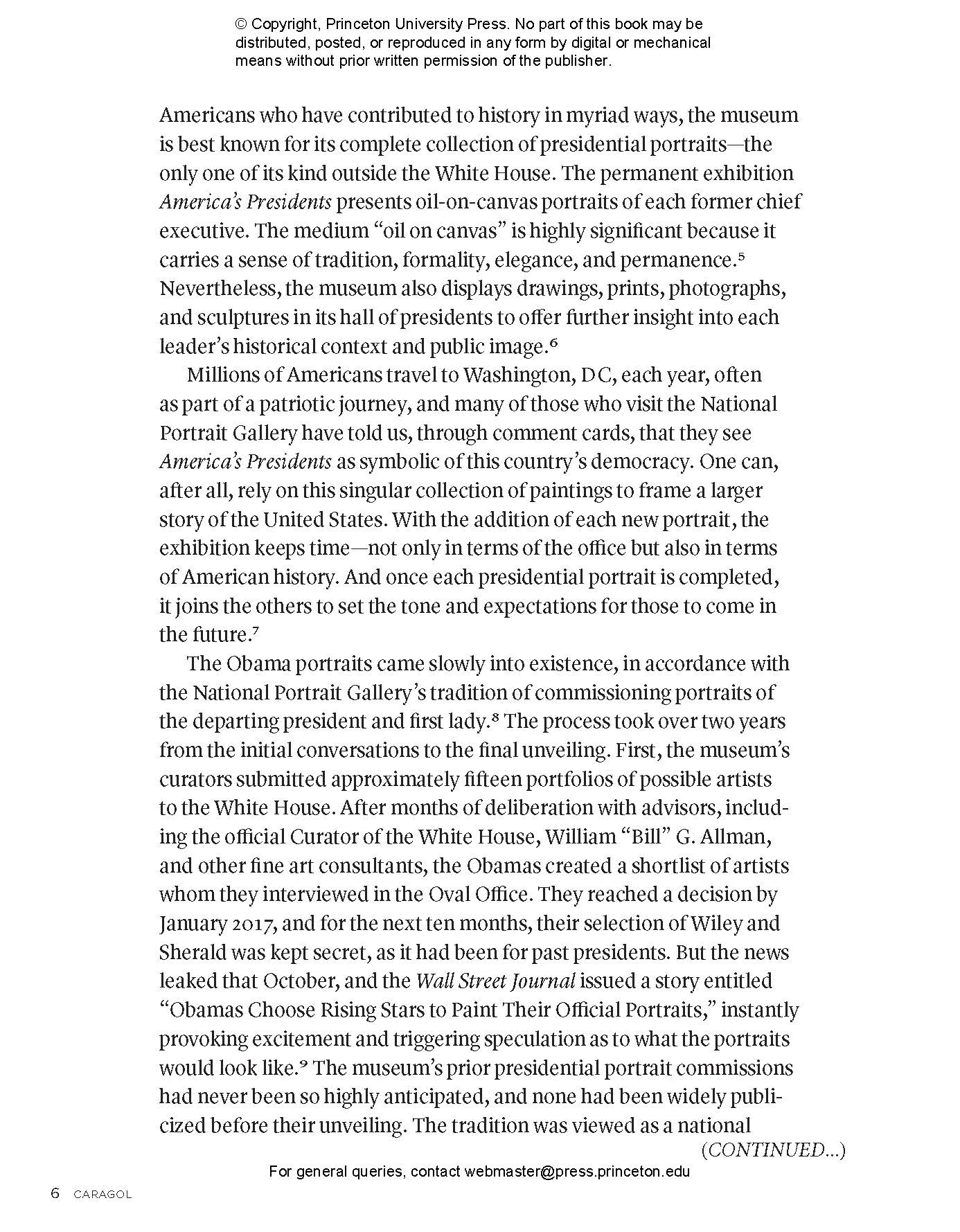 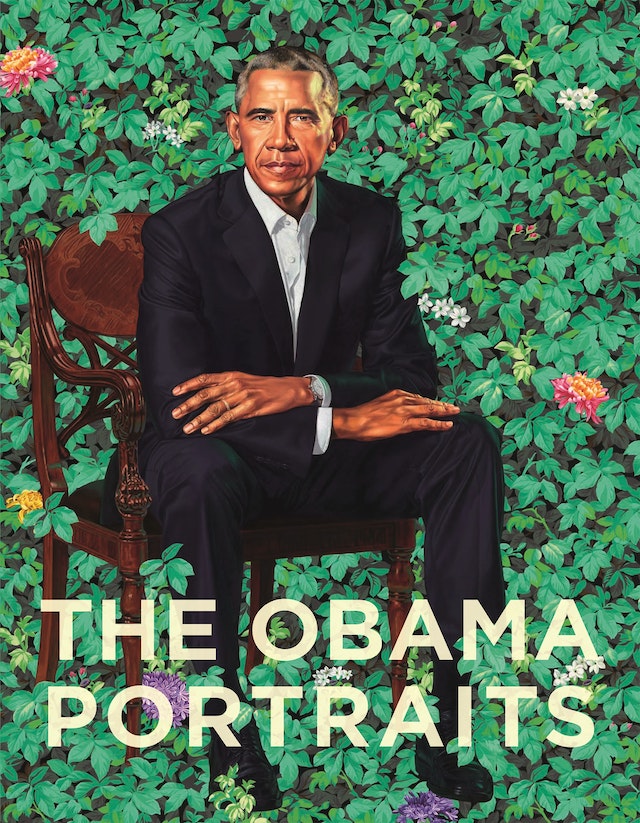 Richly illustrated with images of the portraits, exclusive pictures of the Obamas with the artists during their sittings, and photos of the historic unveiling ceremony by former White House photographer Pete Souza, this book offers insight into what these paintings can tell us about the history of portraiture and American culture. The volume also features a transcript of the unveiling ceremony, which includes moving remarks by the Obamas and the artists. A reversible dust jacket allows readers to choose which portrait to display on the front cover.

"With copious photos, the book The Obama Portraits details the creation of the paintings while delving into the significance of their unprecedented popularity."—Reagan Upshaw, Washington Post

"Attendance at the Smithsonian’s National Portrait Gallery in Washington, D.C. has more than doubled since the unveiling of Barack and Michelle Obama’s official portraits in early 2018. A new book, The Obama Portraits . . . sheds new light on the creation and impact of these artworks, including exclusive photographs of the Obamas during their sittings."—Elizabeth Winker, Wall Street Journal

"This is an undeniably exciting new release, full of behind-the-scenes photographs, interviews with the artists, and more."—Leah B, Powell’s Book Blog

"The director, Kim Sajet, describes this success as the product of ‘a perfect storm’. It owes much, she says, to the quality of the paintings themselves – Sajet calls them ‘extraordinary’, and it’s true that they don’t look the way you expect official portraits to look – but she also thinks that our approach to the medium has changed."—Kim Sajet & Cal Revely-Calder, The Telegraph

"It’s rare for a painting to be the subject of international headlines. But this was the case for the pair of portraits that Kehinde Wiley and Amy Sherald made of President Barack Obama and First Lady Michelle Obama, which made waves around the world. Now, two years after the frenzy, the museum is taking stock of the artworks’ impact with a new book published by Princeton University Press. The Obama Portraits . . . retraces the portraits’ journeys, from behind-the-scenes looks at Wiley and Sherald in their studios, to the much-publicized unveiling, and finally to the burst of popular attention and interest that followed."—Taylor Dafoe, Artnet

"We’re never supposed to judge a book by its cover, but I just bought a book for its jacket. I’m a lifelong bibliophile who should know better, but it might be the most beautiful jacket I’ve ever seen. The book that came with it is The Obama Portraits . . . [n]either mammoth coffee-table decoration, nor academic tome, it has a lot of handsome art images, some interesting photos, and a transcript of the 2018 unveiling ceremony. I’ll probably even read it."—Deanna Isaacs, Chicago Reader

"The beauty of this book grabs readers before they even read a single word. In addition to having a removable and reversible cover that allows the reader to have either Mr. or Mrs. Obama’s portrait on the face, this book contains other presidential portraits, such as John F. Kennedy, George W. Bush, and Abraham Lincoln from the National Portrait Gallery. It also highlights other lush artwork, which the Obamas added to the White House collection . . . [T]his vibrant volume can easily be added to your coffee table to impress guests or simply to provide a sense of visual calm during this current national and international storm."—Celeste Doaks, BmoreArt.com