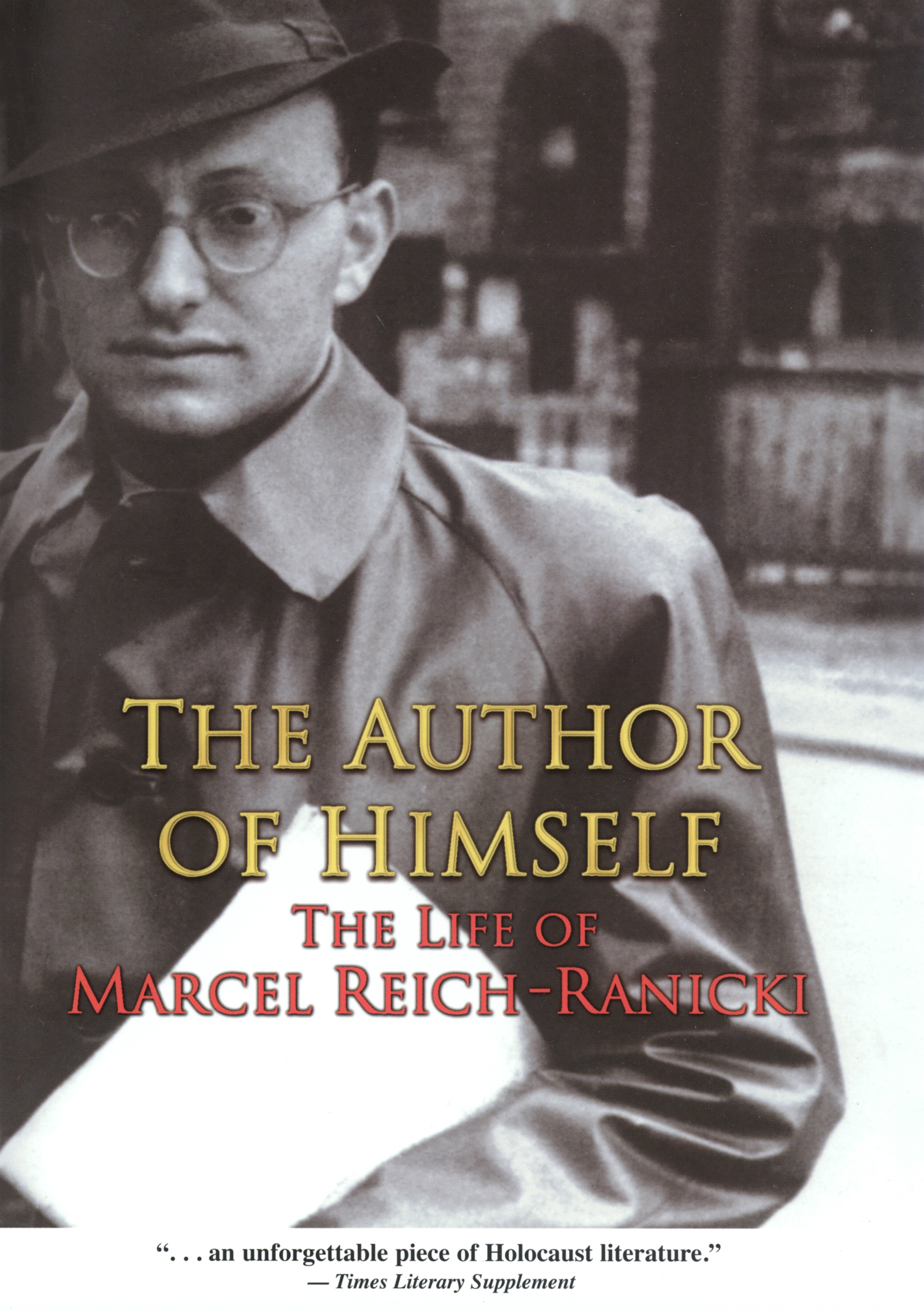 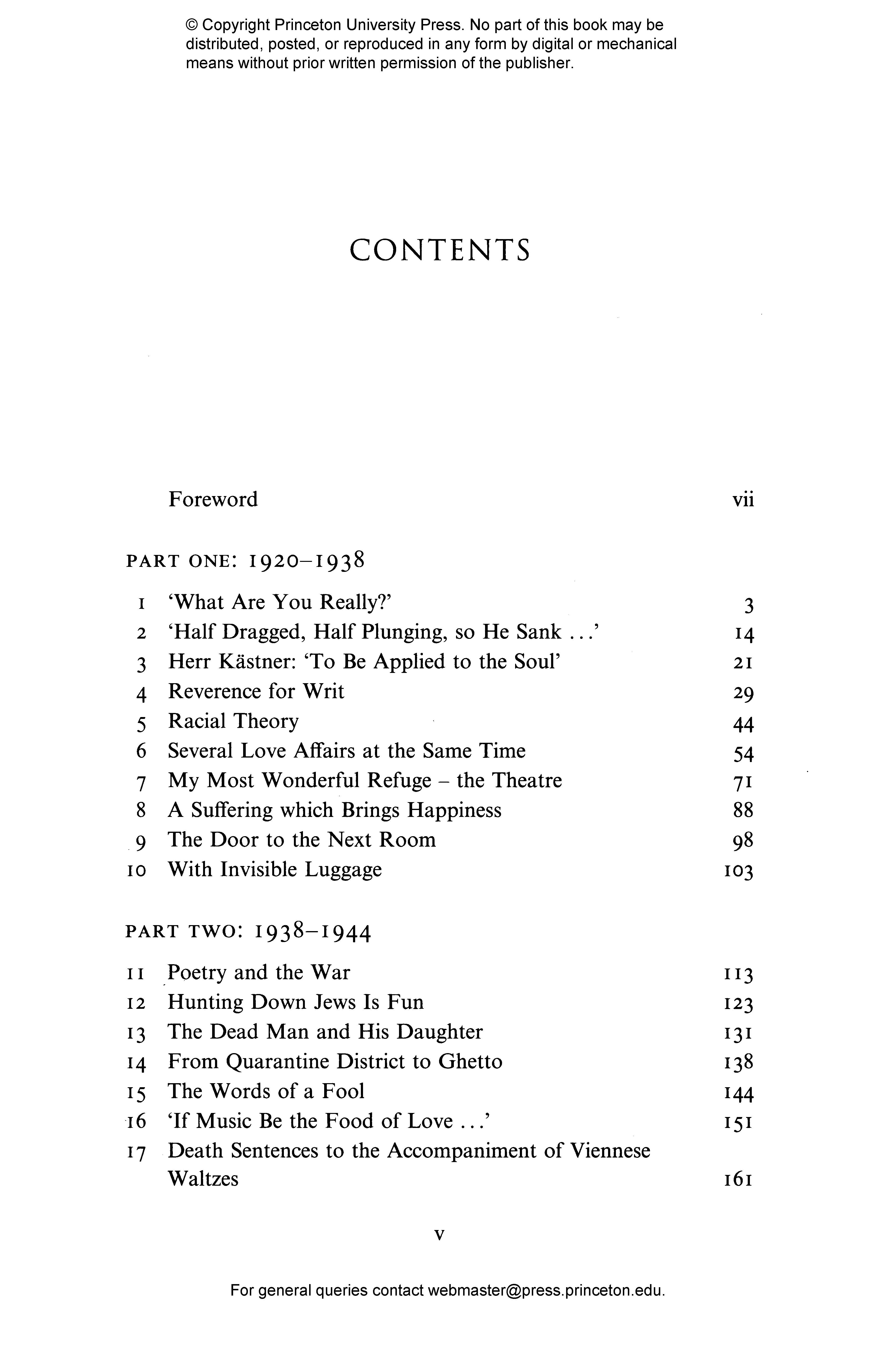 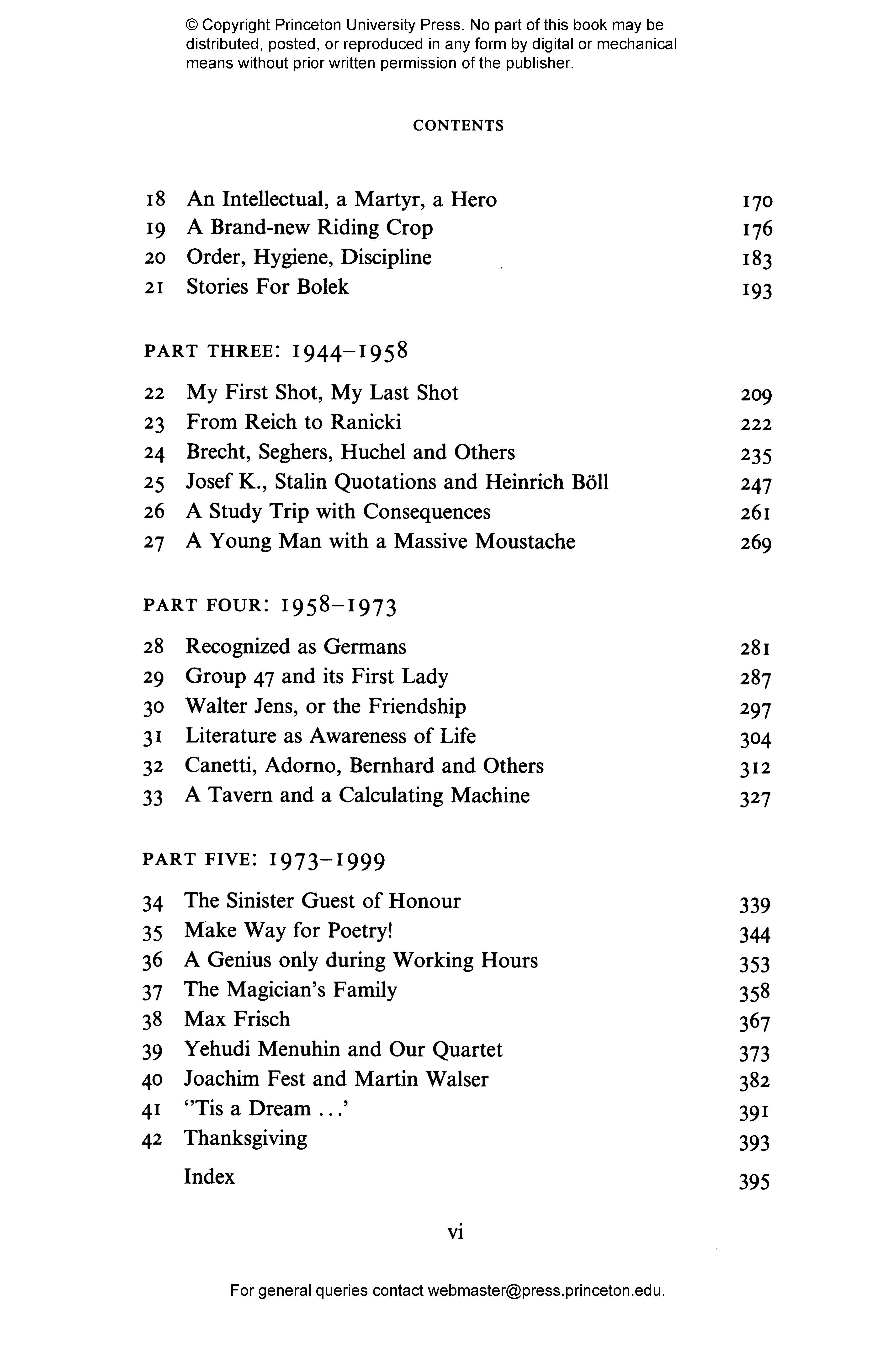 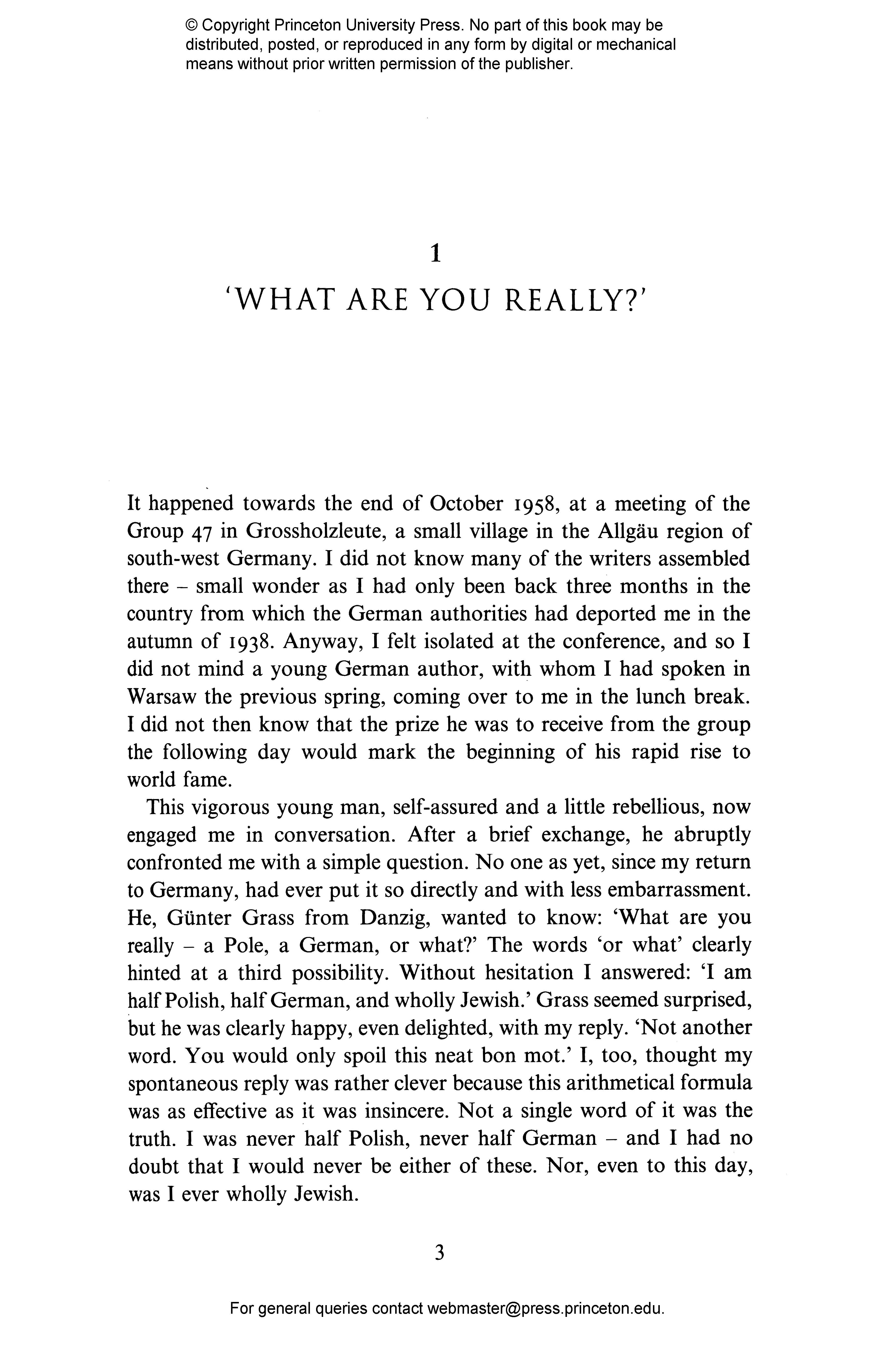 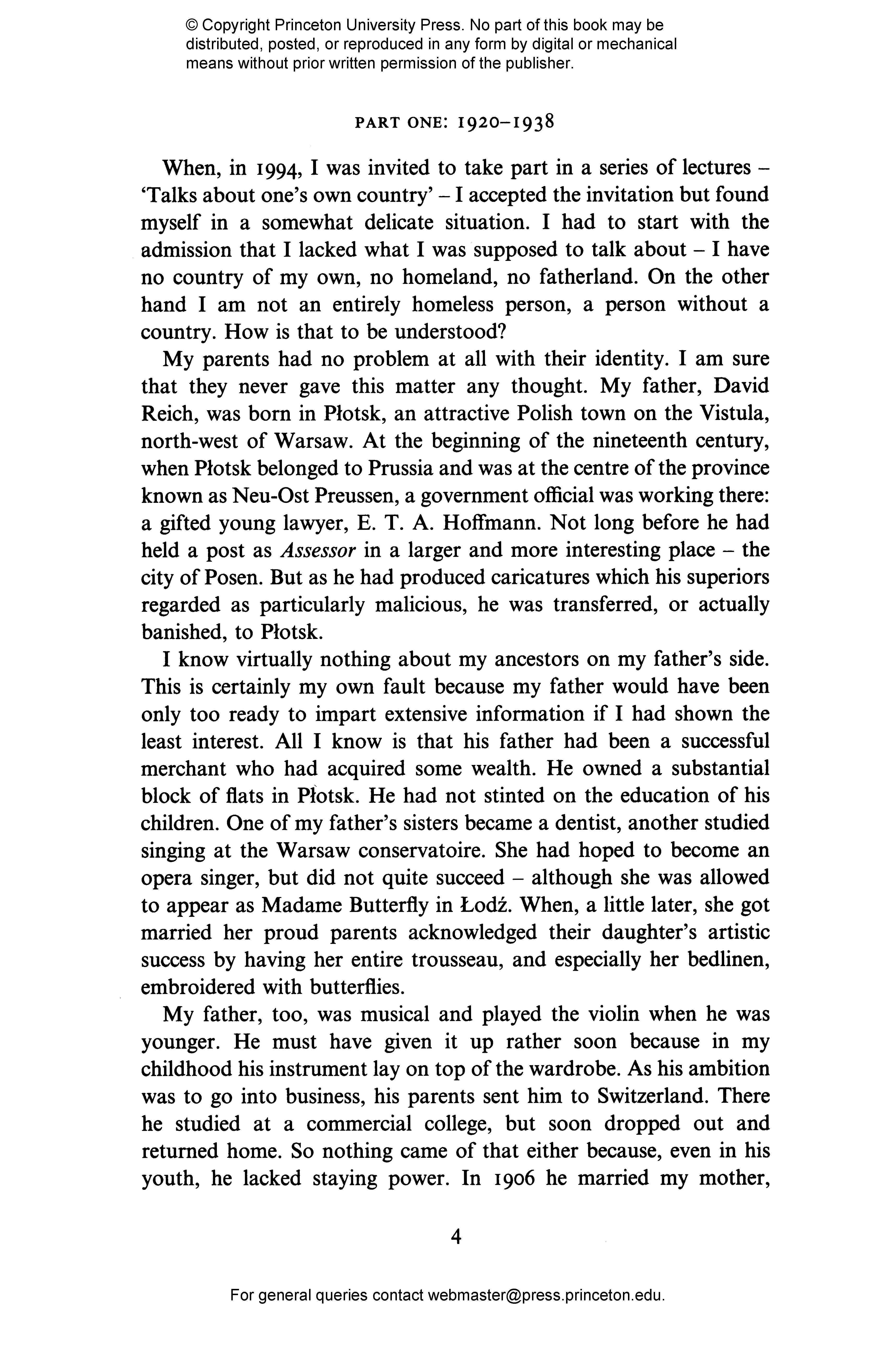 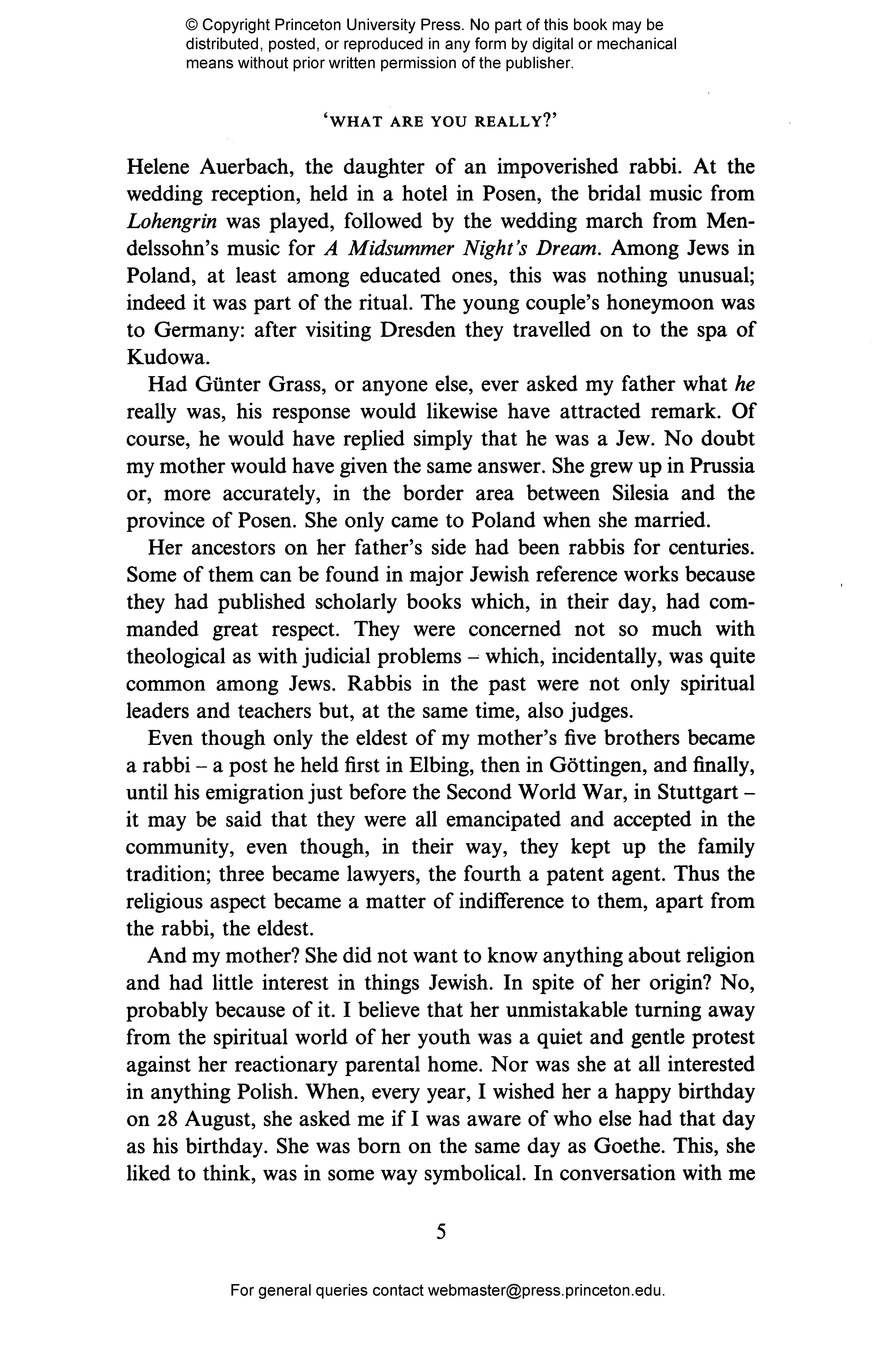 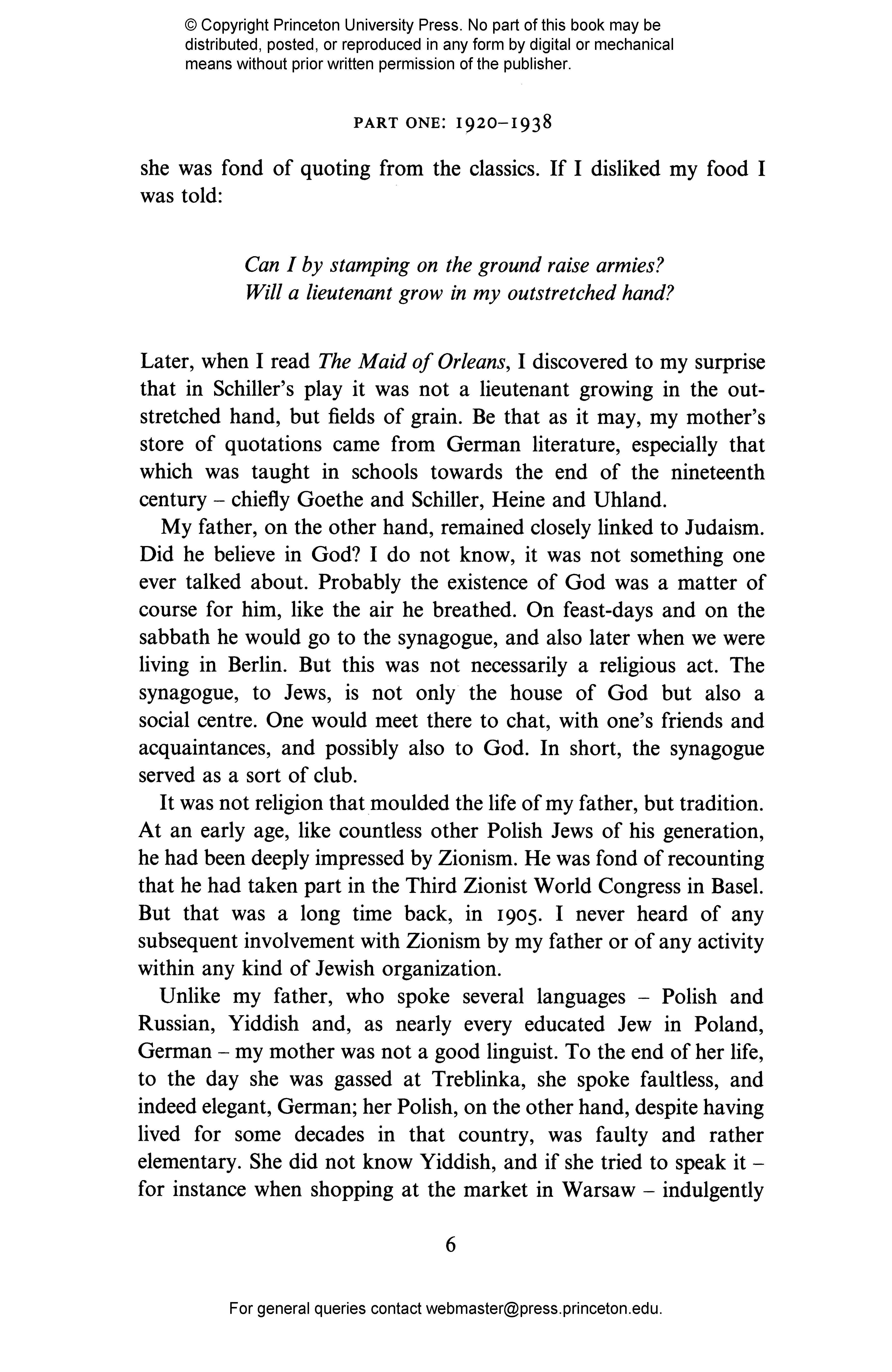 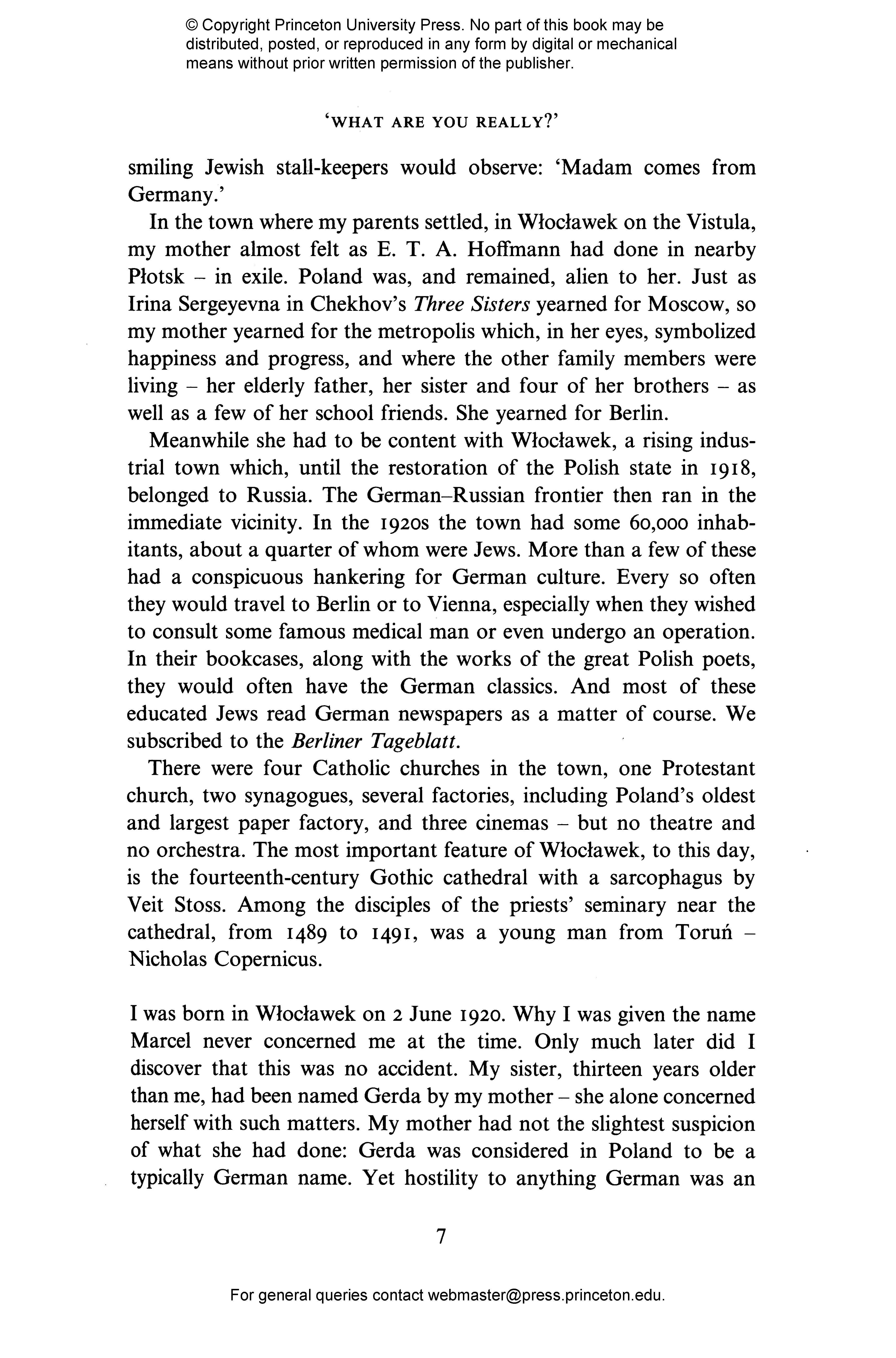 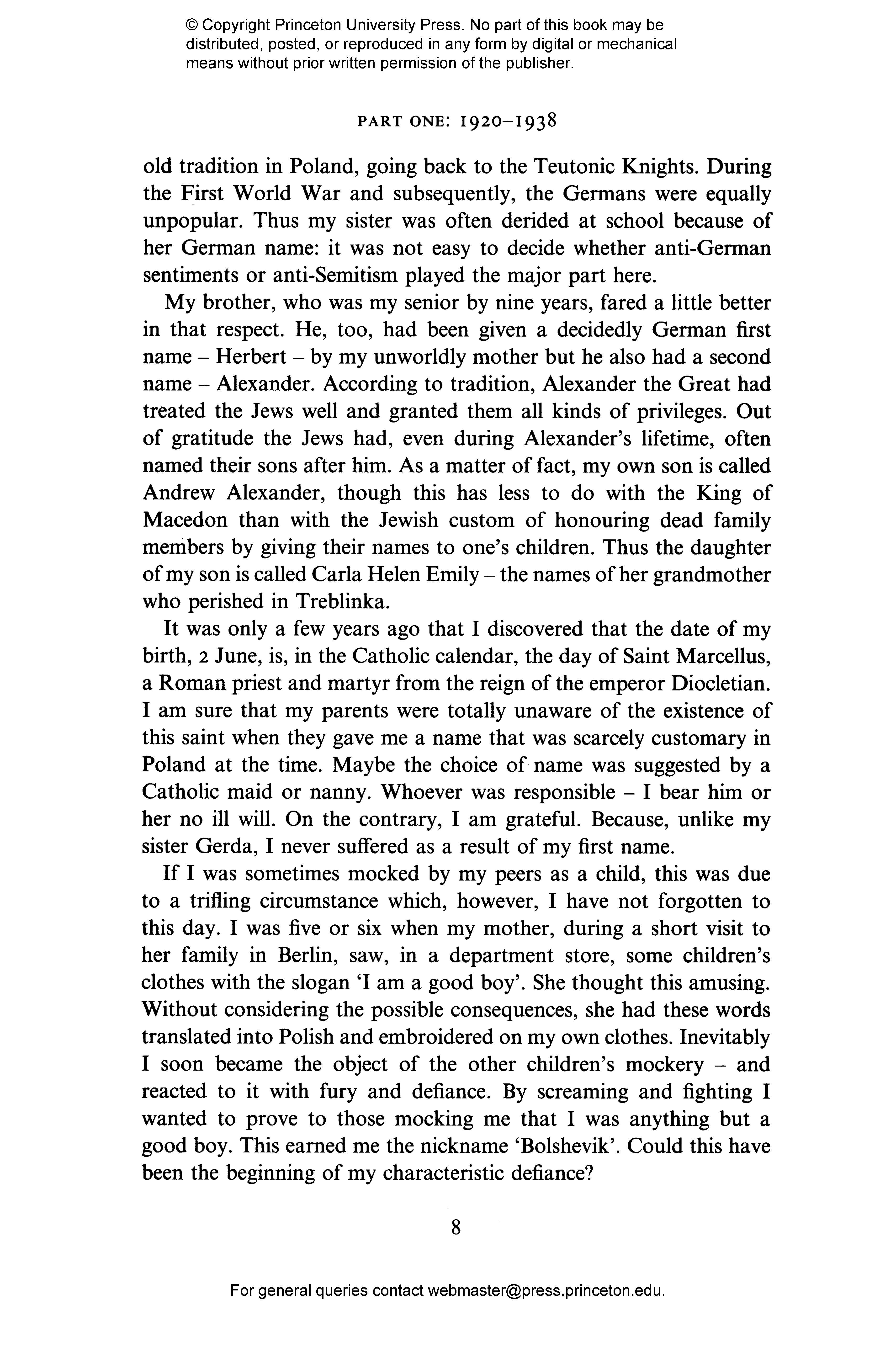 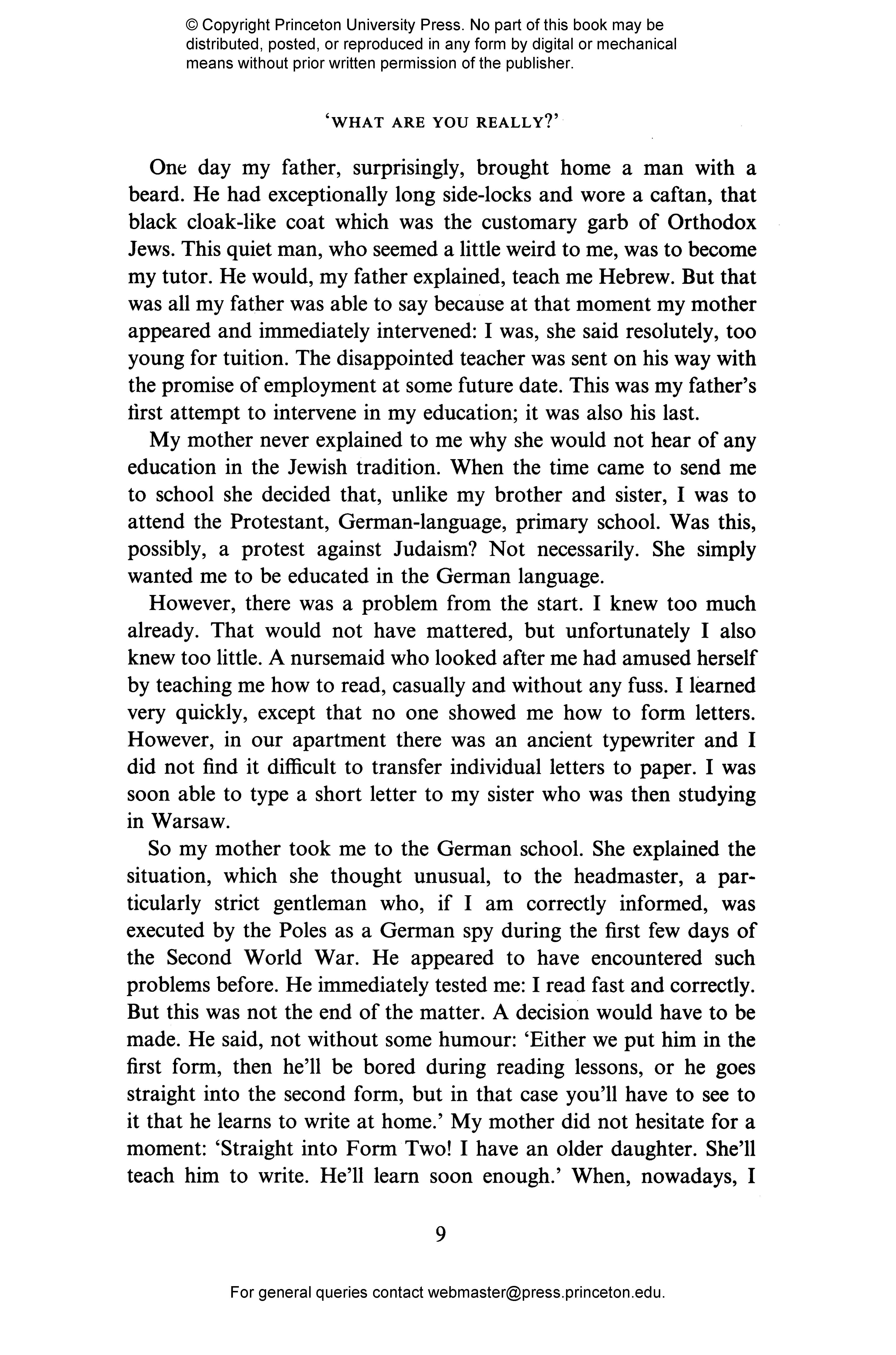 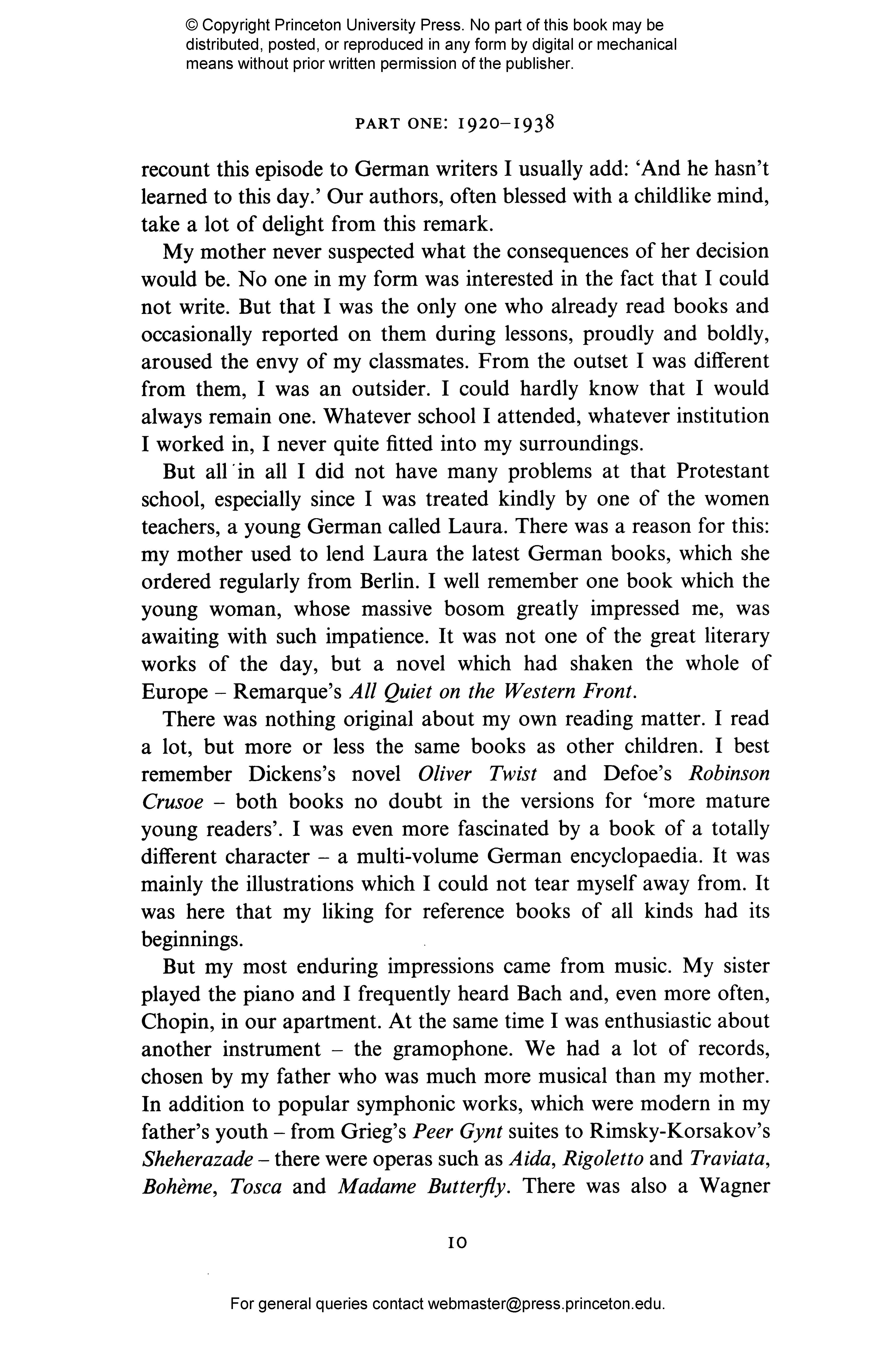 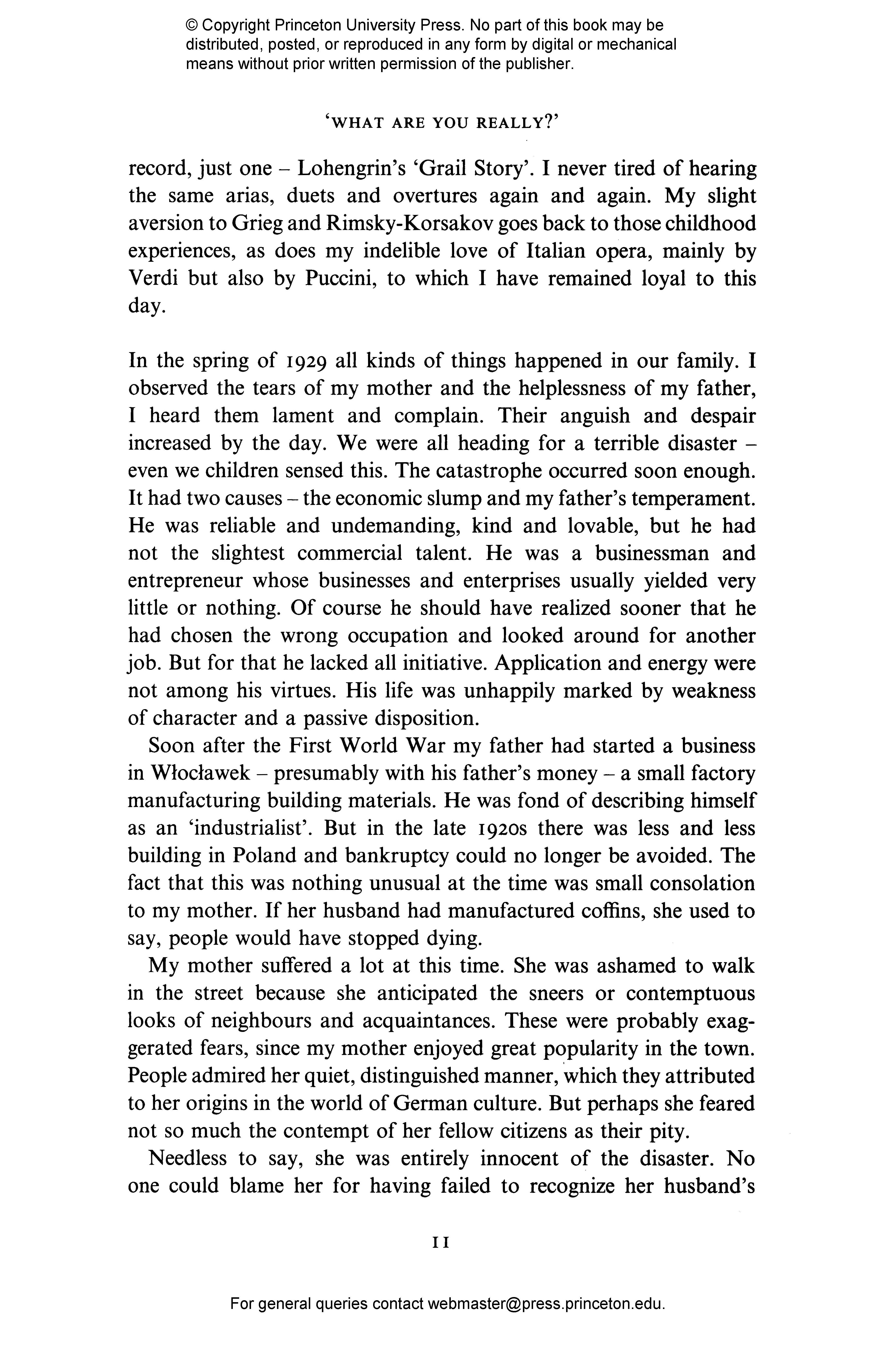 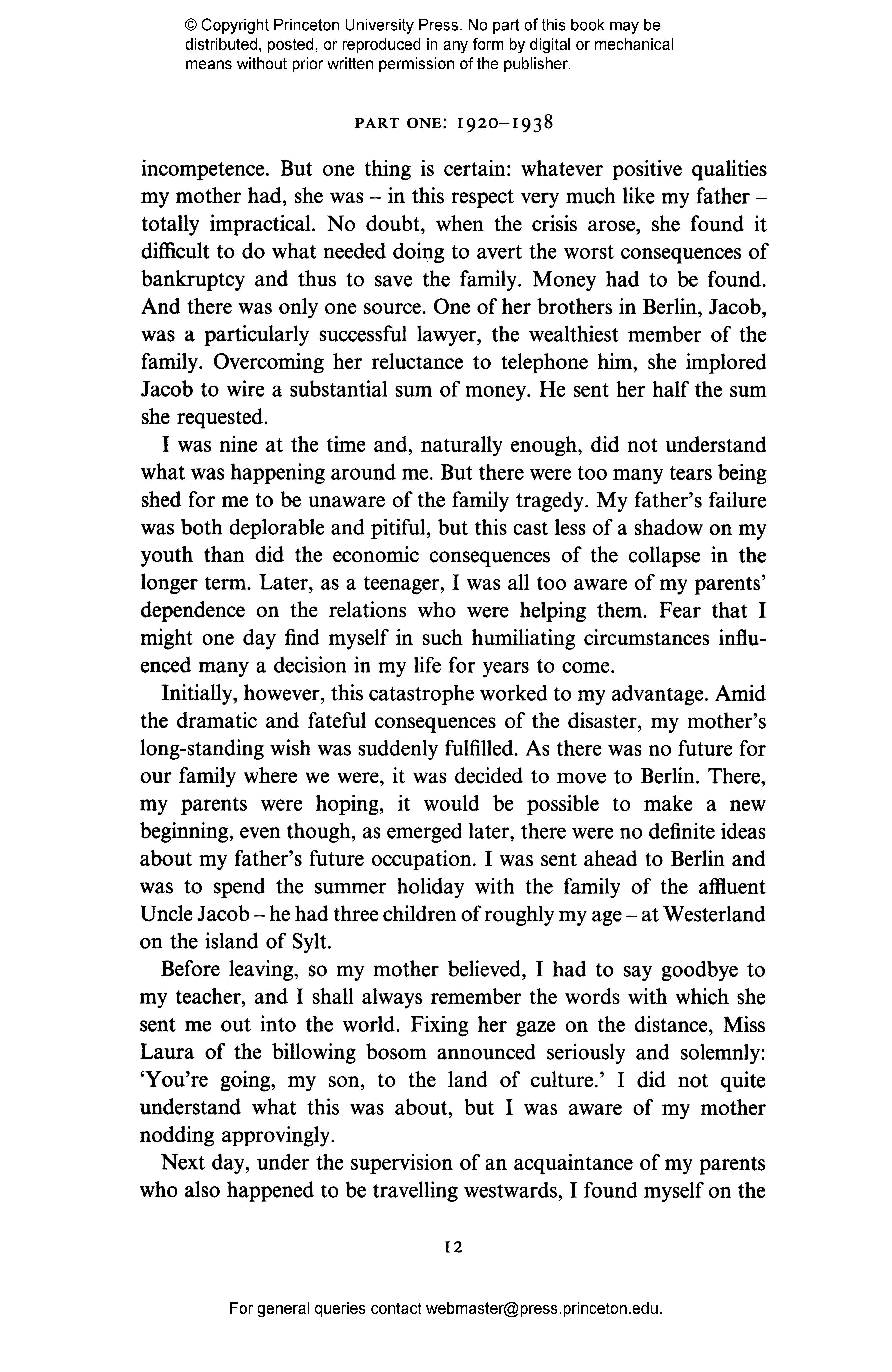 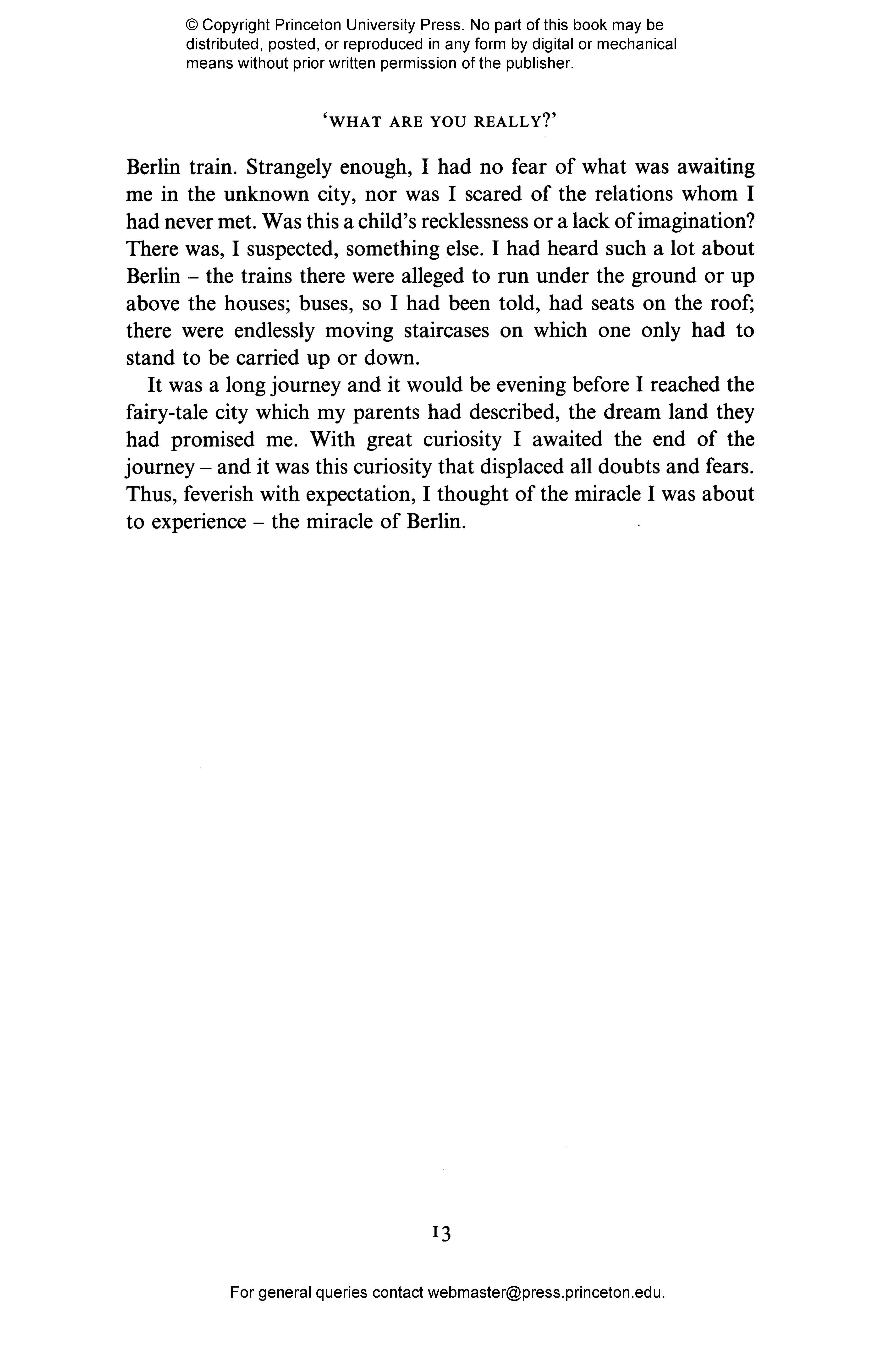 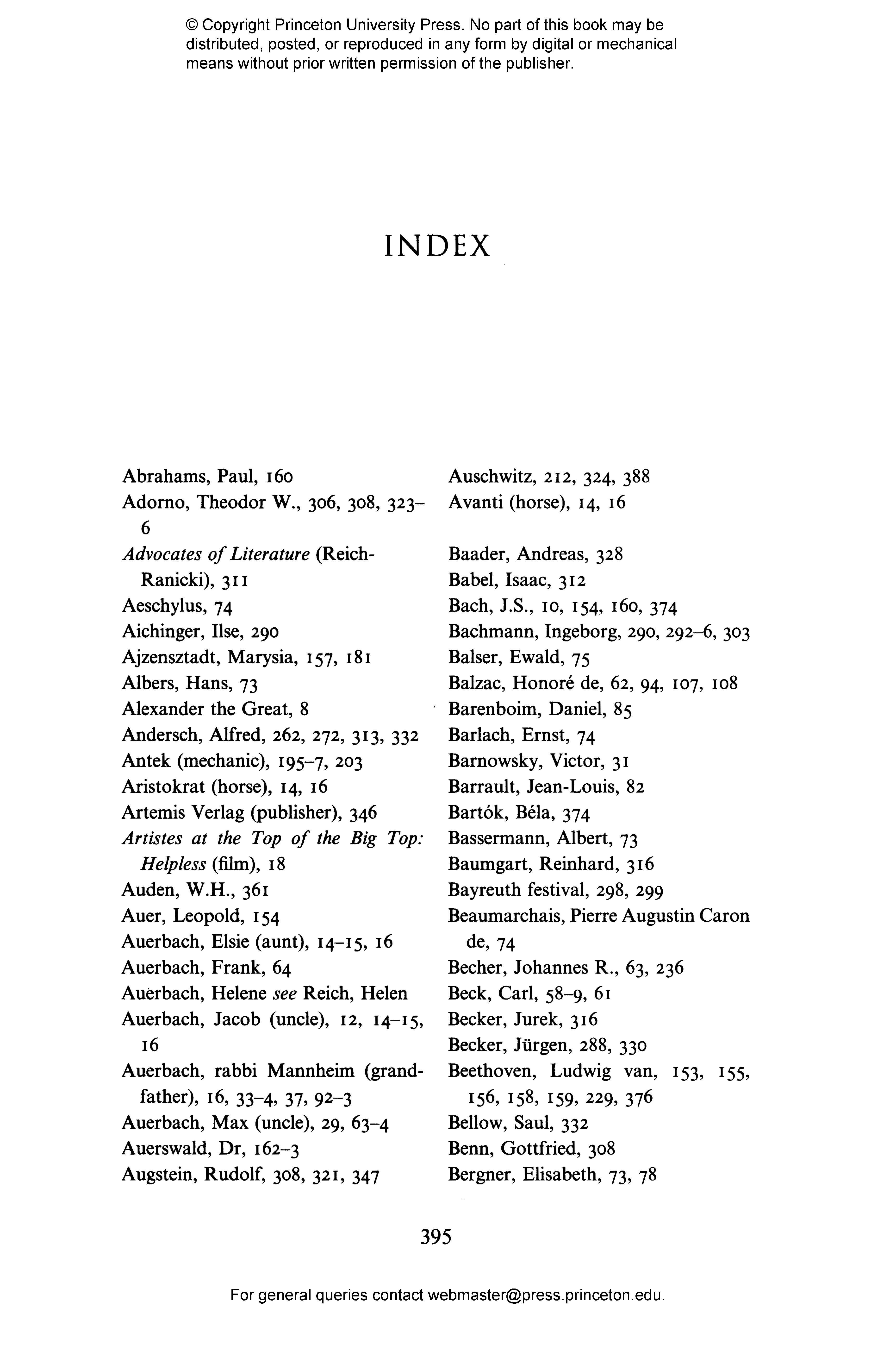 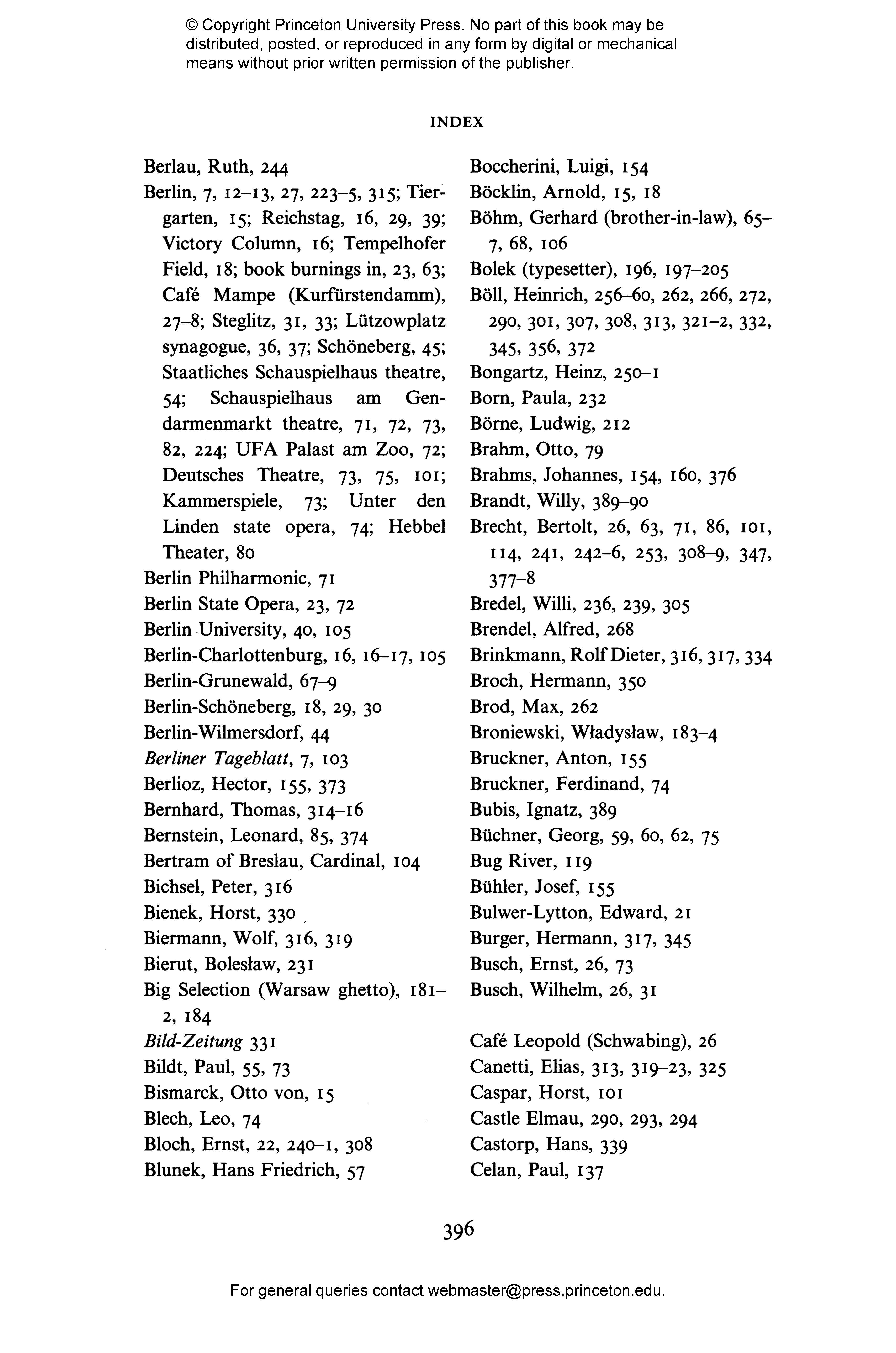 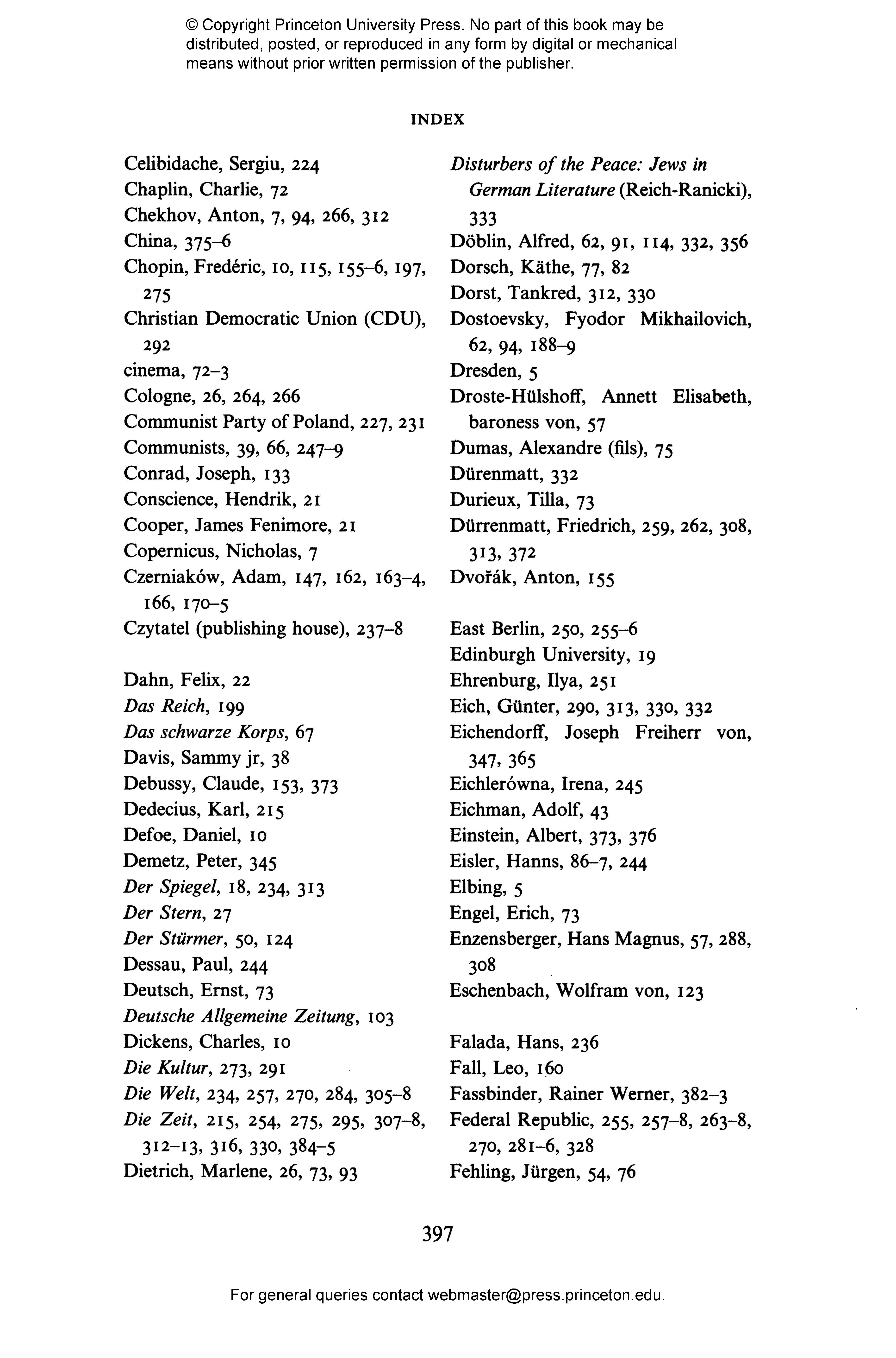 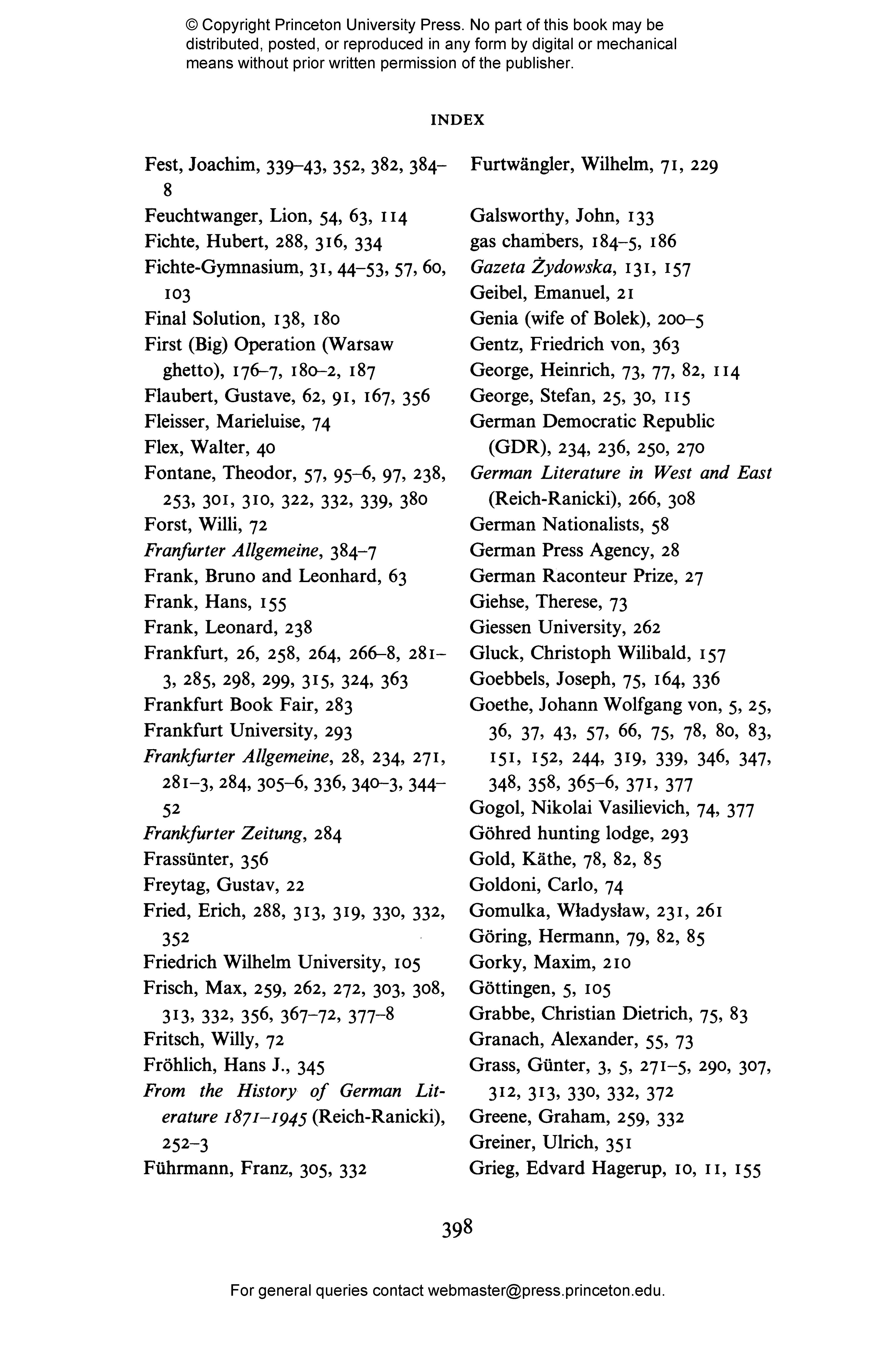 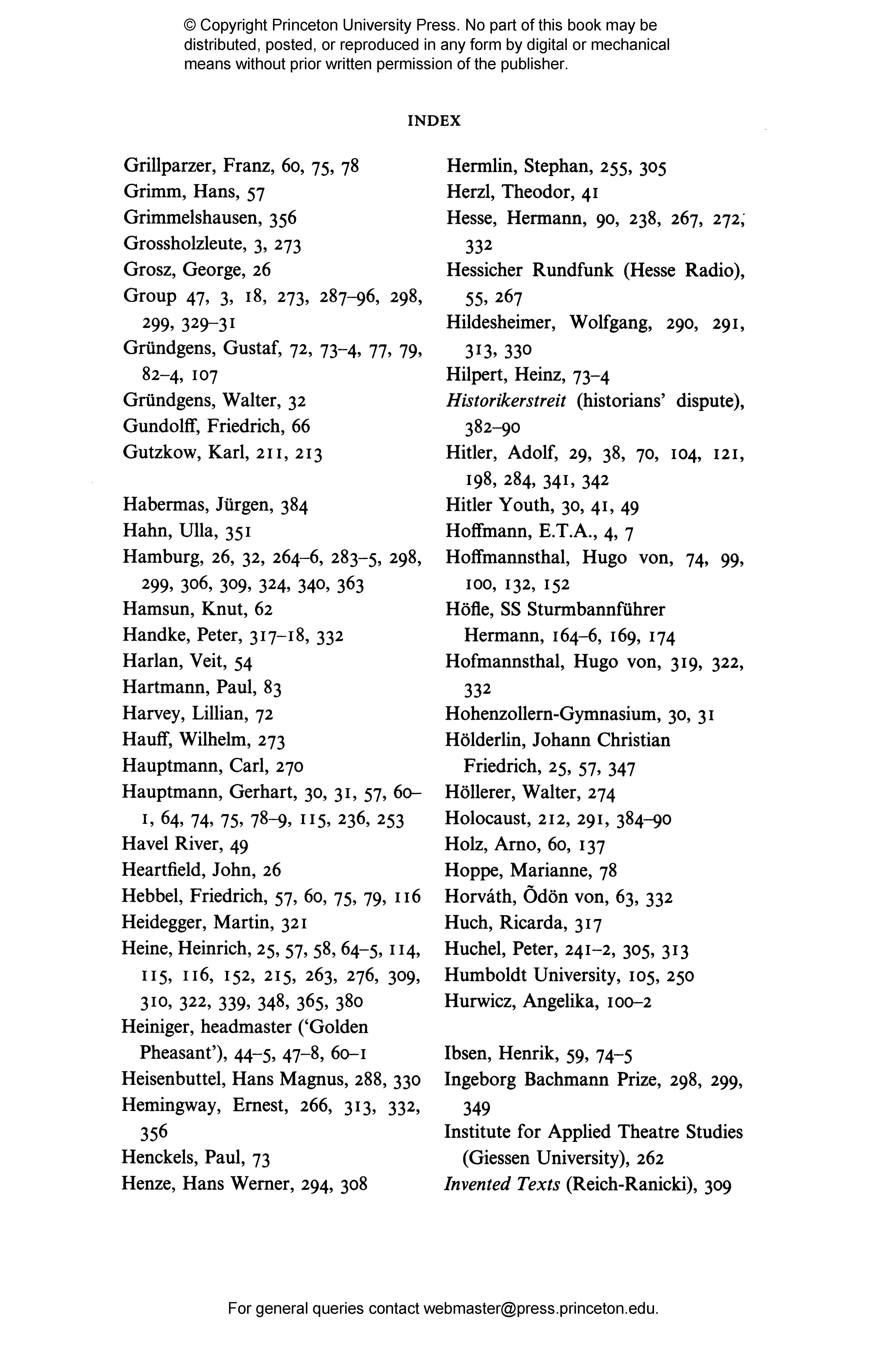 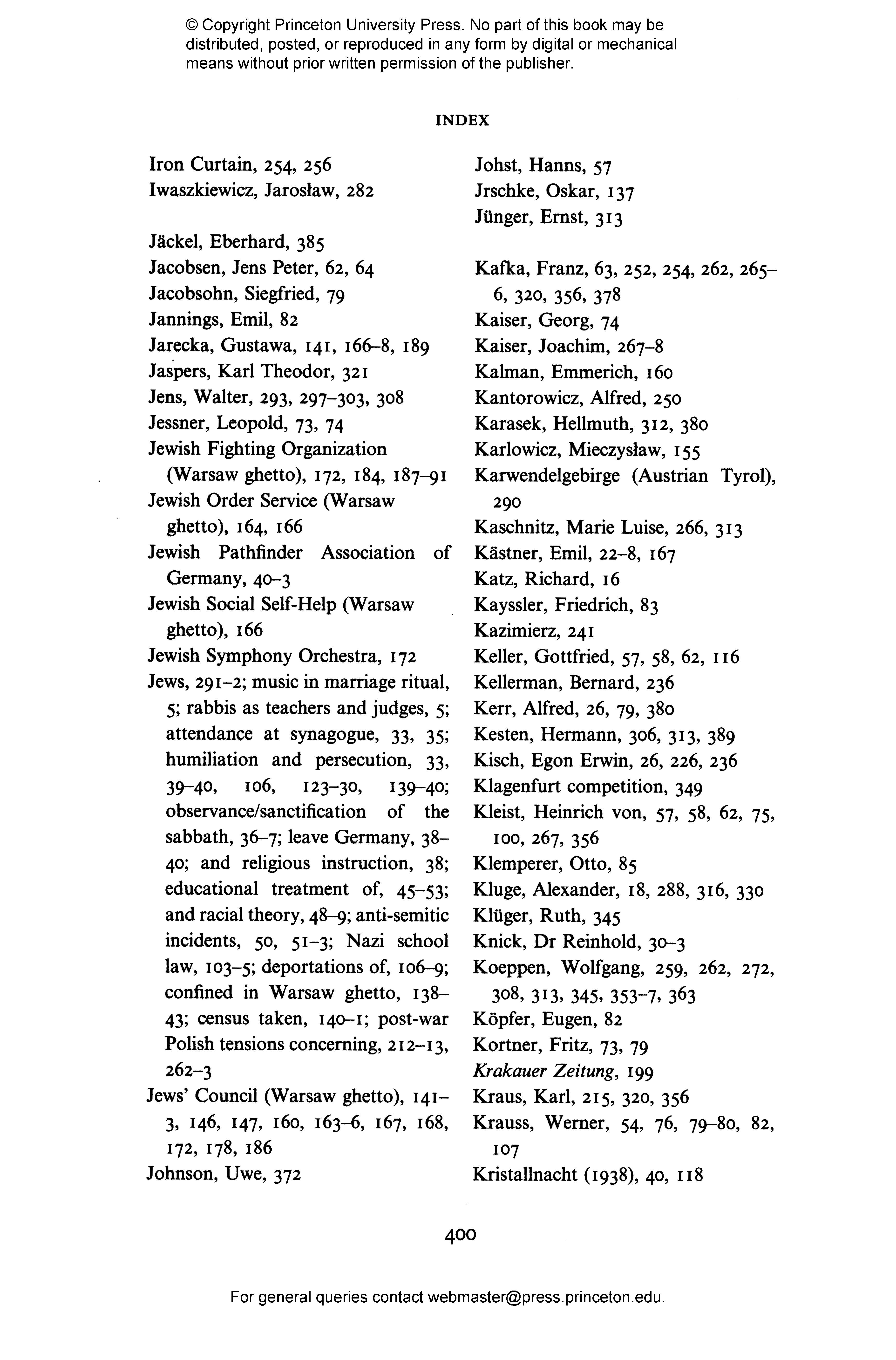 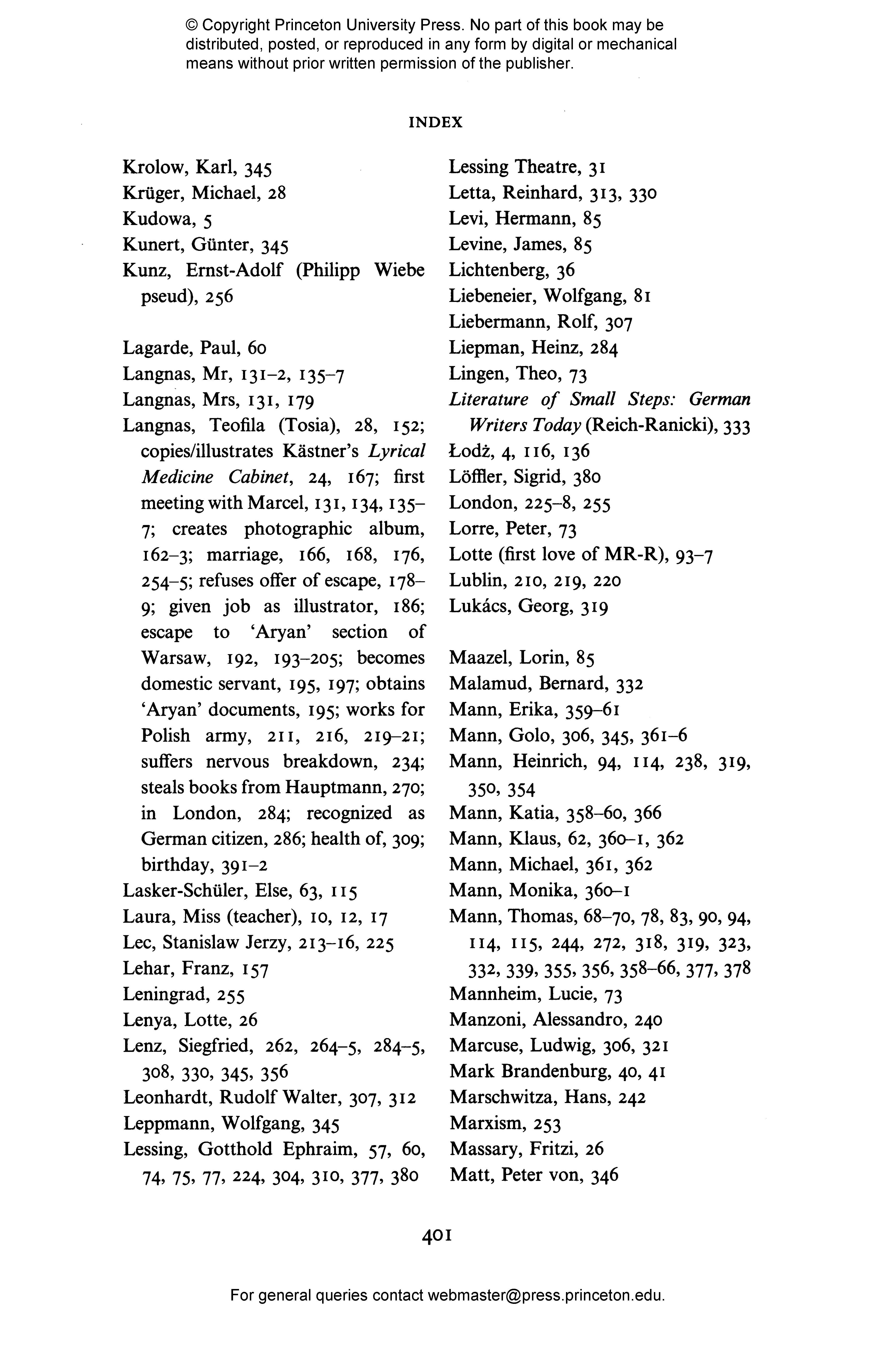 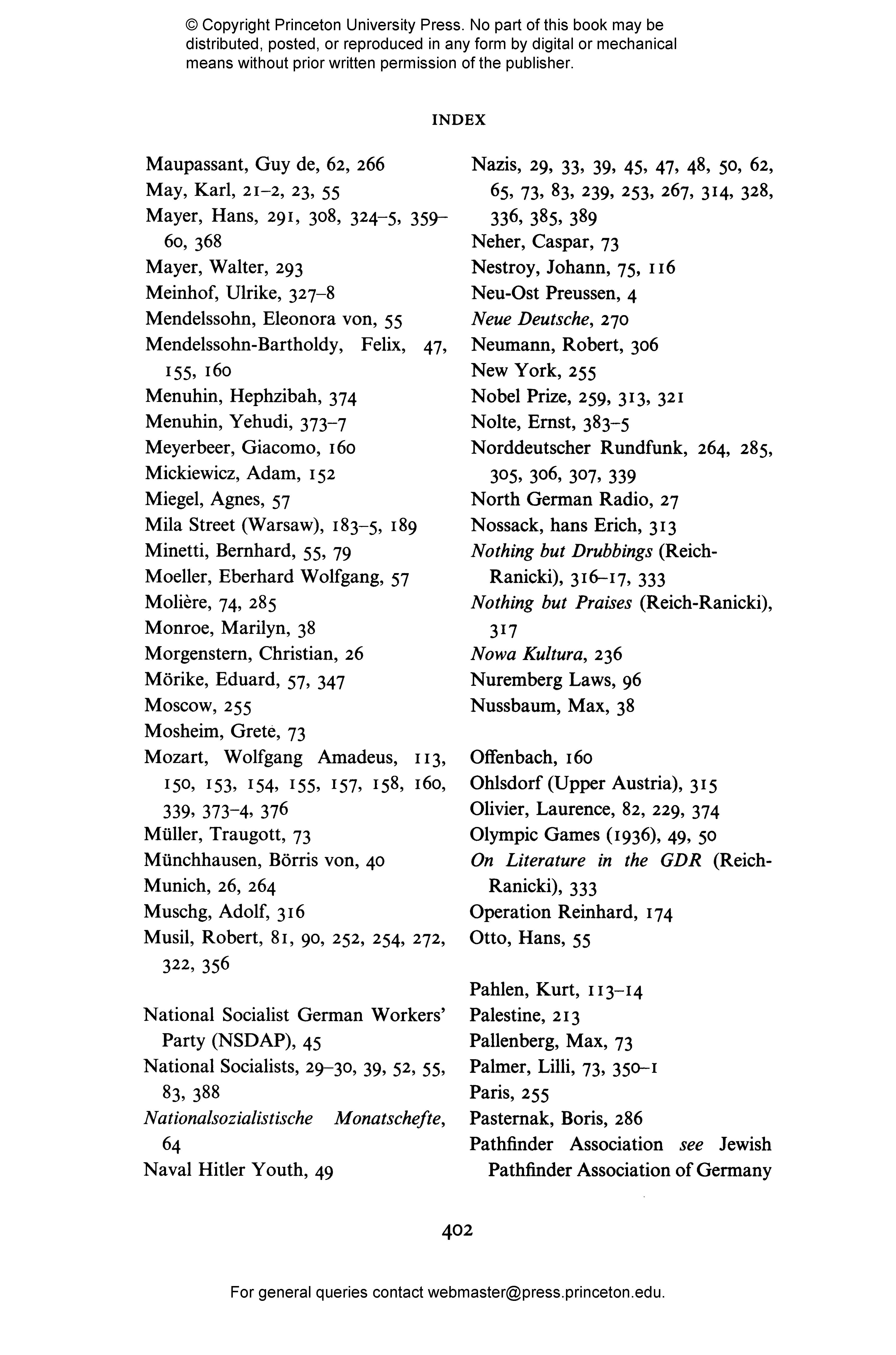 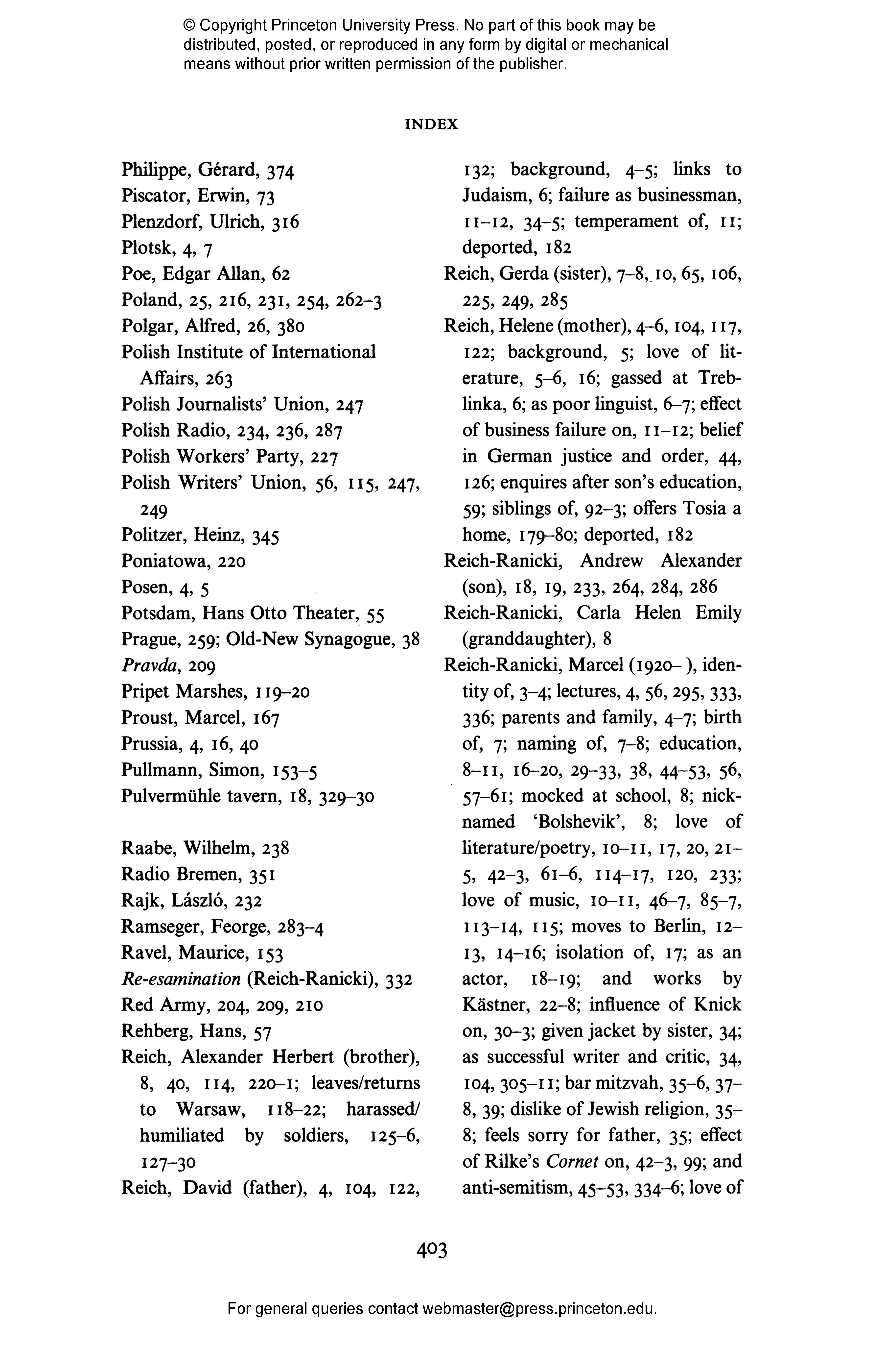 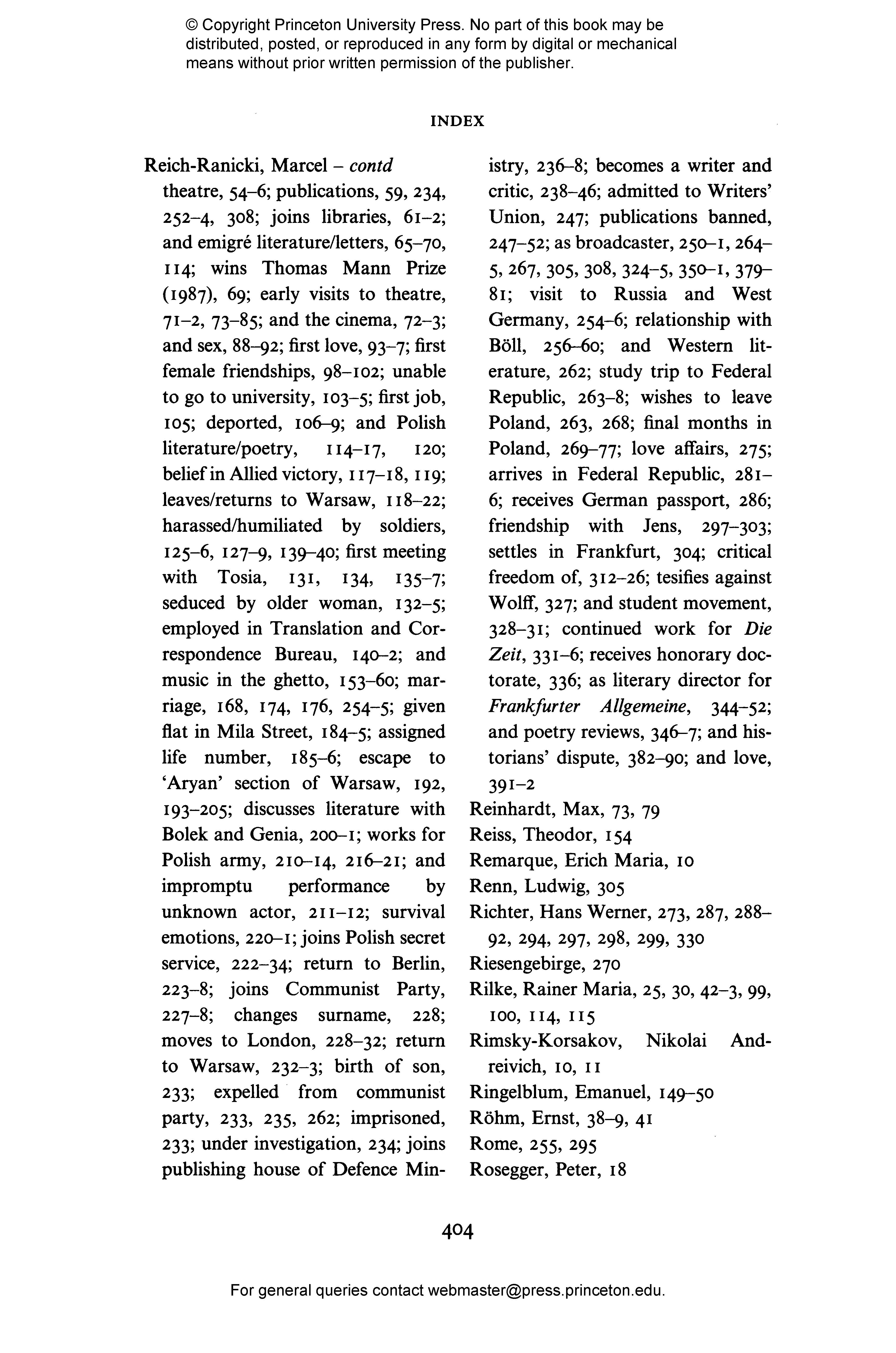 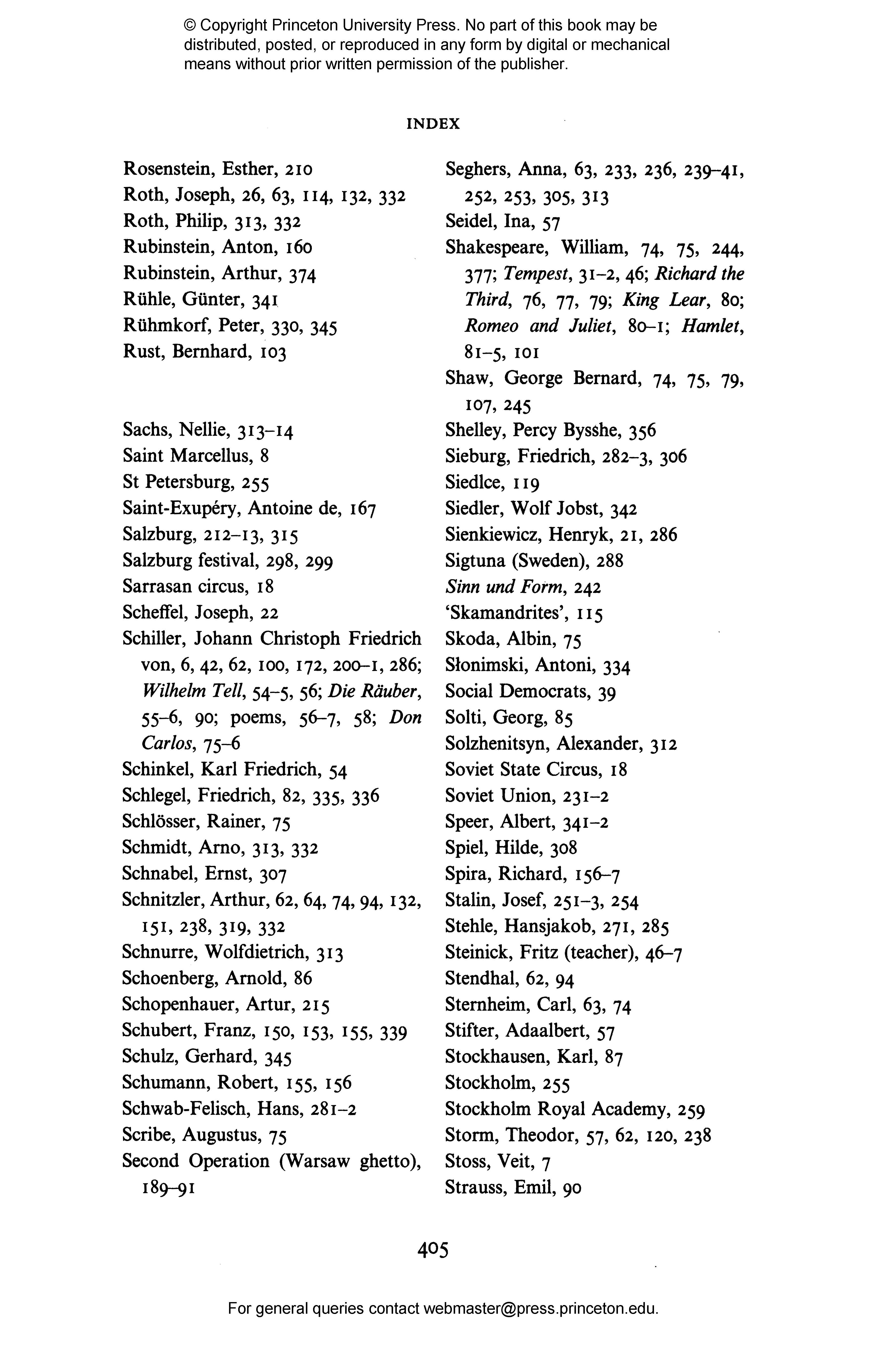 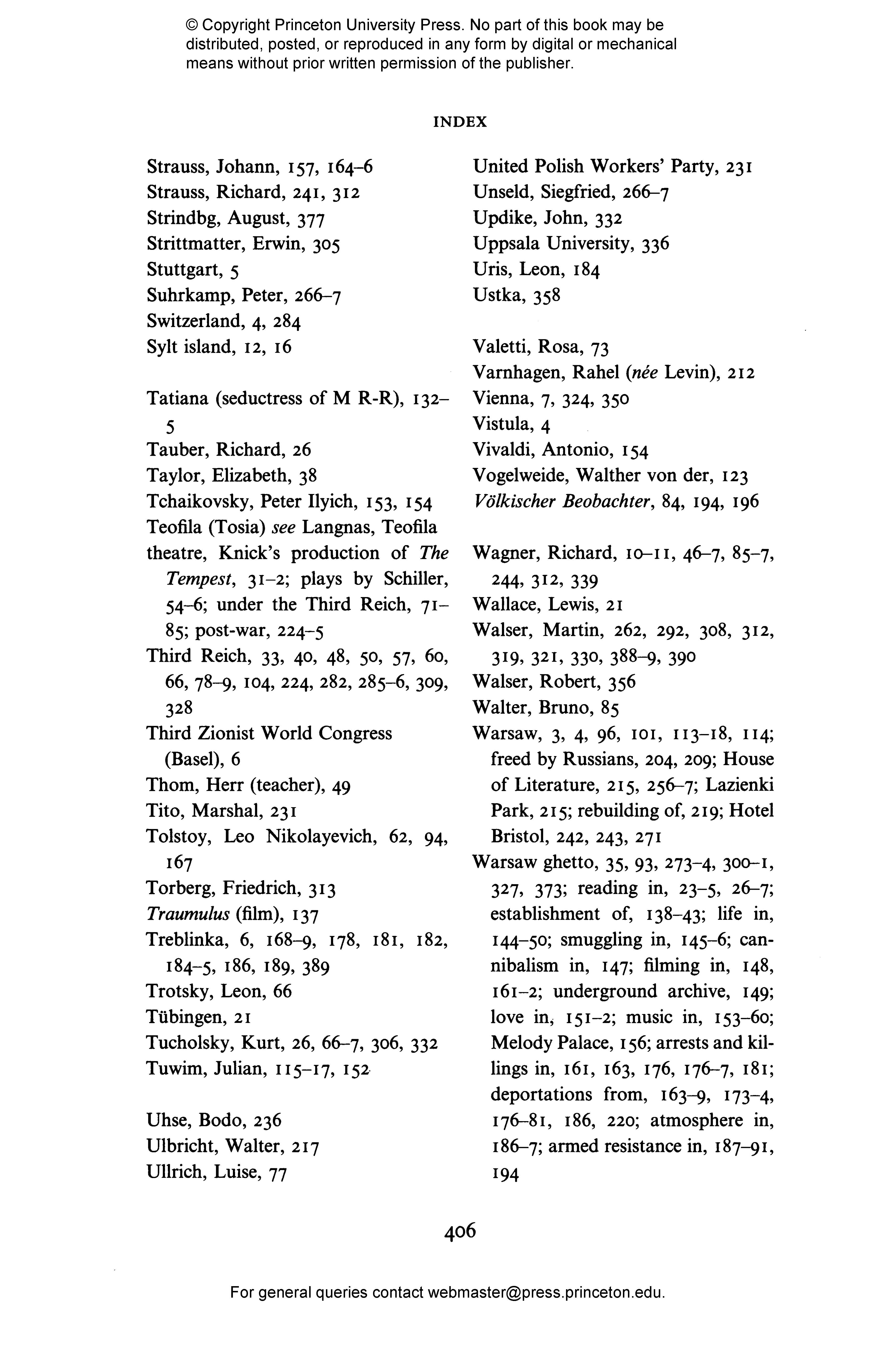 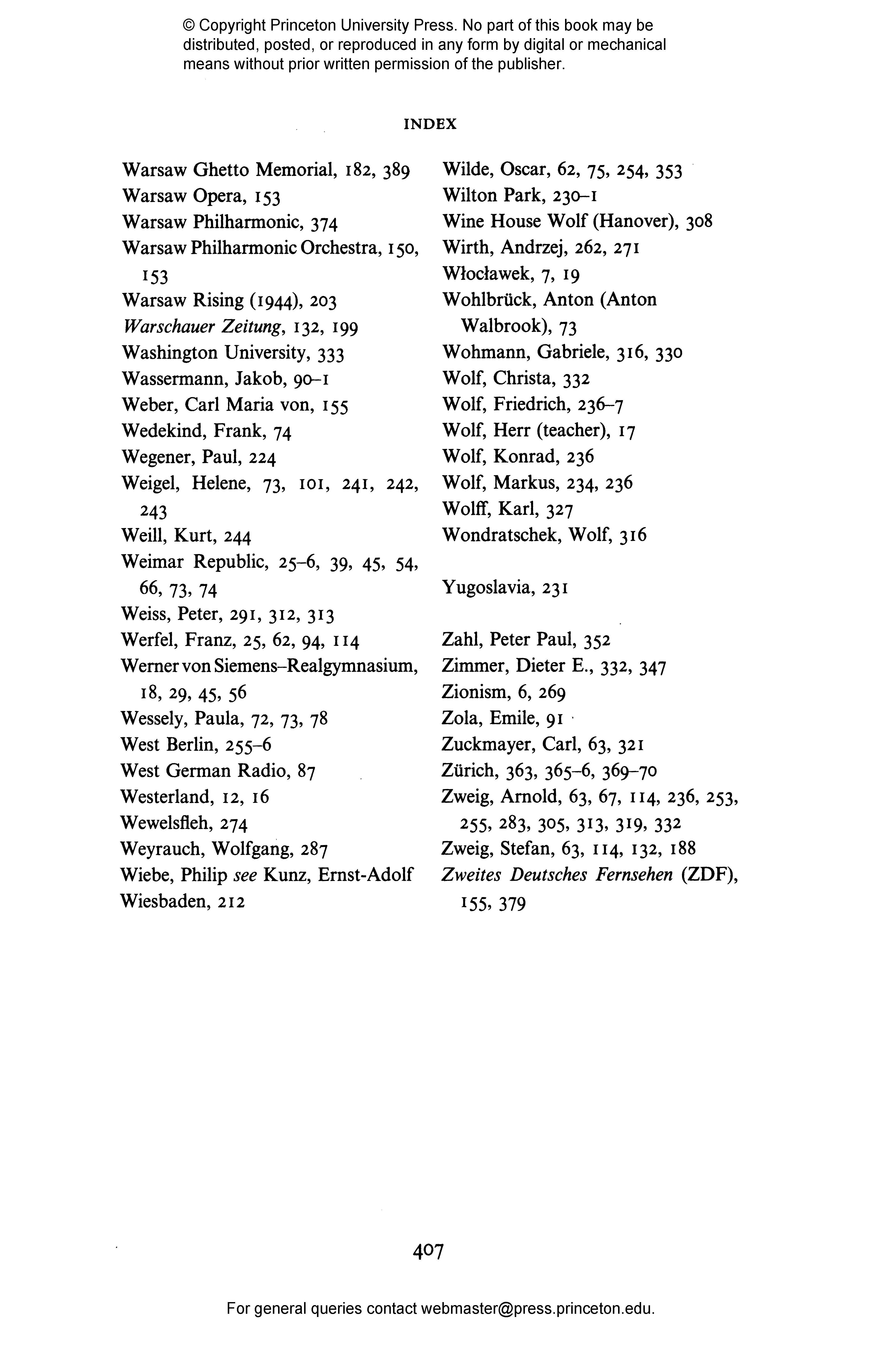 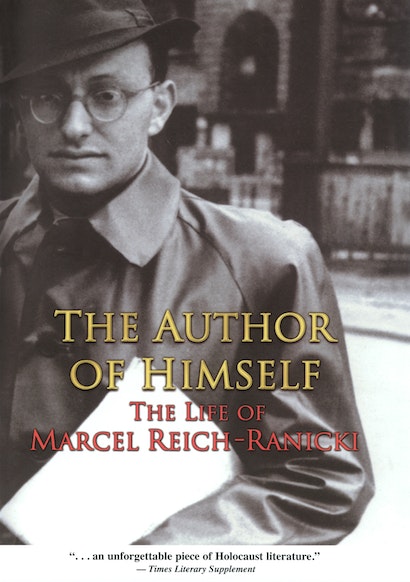 Marcel Reich-Ranicki is remarkable for both his unlikely life story and his brilliant career as the “pope of German letters.” His sublimely written autobiography is at once a fascinating adventure tale, an unusual account of German-Jewish relations, a personal rumination on who’s who in German culture, and a love letter to literature.

Reich-Ranicki’s life took him from middle-class childhood to wartime misery to the heights of intellectual celebrity. Born into a Jewish family in Poland in 1920, he moved to Berlin as a boy. There he discovered his passion for literature and began a complex affair with German culture. In 1938, his family was deported back to Poland, where German occupation forced him into the Warsaw Ghetto. As a member of the Jewish resistance, a translator for the Jewish Council, and a man who personally experienced the ghetto’s inhumane conditions, Reich-Ranicki gained both a bird’s-eye and ground-level view of Nazi barbarism. Written with subtlety and intelligence, his account of this episode is among the most compelling and dramatic ever recorded.

He escaped with his wife and spent two years hiding in the cellar of Polish peasants—an incident later immortalized by Günter Grass. After liberation, he joined and then fell out with the Communist Party and was temporarily imprisoned. He began writing and soon became Poland’s foremost critical commentator on German literature.

When Reich-Ranicki returned to Germany in 1958, his rise was meteoric. In short order, he claimed national celebrity and notoriety as the head of the literary section of the leading newspaper and host of his own television program. He frequently flabbergasted viewers with his bold pronouncements and flexed his power to make or break a writer’s career. His list of friends and enemies rapidly expanded to include every influential player on the German literary scene, including Grass and Heinrich Böll. This, together with his keen critical instincts, makes his memoir an indispensable guide to contemporary German culture as well as an absorbing eyewitness history of some of the twentieth century’s most important events.

Marcel Reich-Ranicki writes for the Frankfurter Allgemeine Zeitung and hosts the prime-time television show Das Literarische Quartett. He is the author of numerous books on German and Polish literature, including Thomas Mann and His Family.

"[T]his autobiography is far more than the account of a literary career; it is an unforgettable piece of Holocaust literature."—Peter Graves, Times Literary Supplement

"One of the great literary memoirs of the twentieth century."—Edward Timms, Times Literary Supplement

"It is understandable why Mr. Ranicki's autobiography has become such a huge bestseller in Germany. His personal experiences are not only woven around the most critical historical events but they have intersected with the lives of the most prominent German authors such as Joachim Fest, Heinrich Boll, and Gunter Grass. Mr. Ranicki is above all respected for his honesty and clarity and he spares no one from the thrust of his literary insight."—Janusz Bugajski, The Washington Times

"Reich-Ranicki's accounts of life in the Polish ghetto are some of the most vivid and compelling ever written. . . . The book headed the German best-sellers list for more than a year when it came out."—Library Journal

"Narrated in an engaging, matter-of-fact style void of sensationalism, this book transforms Reich-Ranicki's story into an unforgettable document of modern times."—Choice

"[An] unforgettable book. Reich-Ranicki's position in German culture is unimaginable in any other country except perhaps, Russia. For more than twenty years, German writers have trembled, fumed, wept, and on occasion preened themselves over his verdicts on their work. . . . [H]e established an almost imperial ascendancy over German literary criticism."—Neal Ascherson, New York Review of Books

"Written in a deceptively simple and beautifully wrought German and ably translated, . . . [this] is one of the most poignant and important memoirs of the last century. . . . Reich-Ranicki is the quintessential outsider, and few lives reveal as much about the past century and where the new one may be headed."—Jacob Heilbrunn, Los Angeles Times Book Review

"An unforgettable piece of Holocaust literature that forces the reader to consider the long-term effects of unimaginable loss."—Elaine Margolin, Partisan Review

"[Reich-Ranicki] is an eloquent, thoughtful critic, prodigiously well read in German language literature, who, despite the loss of his family in the Holocaust and his experiences in the Warsaw ghetto, never lost his passion for that literature. That enduring love is the cornerstone of his autobiography."—Tess Lewis, The New Criterion

"This is an extraordinary autobiography written in a unique style that is very smooth, conversational, and frank. Reich-Ranicki is the most important literary critic on the German scene and has had a singular influence on German culture. His life reads like a novel."—Jack Zipes, University of Minnesota

"This is a remarkable book. Reich-Ranicki has produced a beautifully written and sharply observed testament to a lifelong love/hate relationship with the Germany that fascinated him as a youth, destroyed his family and his prewar world, and finally—ambivalently and deeply ironically—anointed him as its pope of literature."—Atina Grossmann, Cooper Union