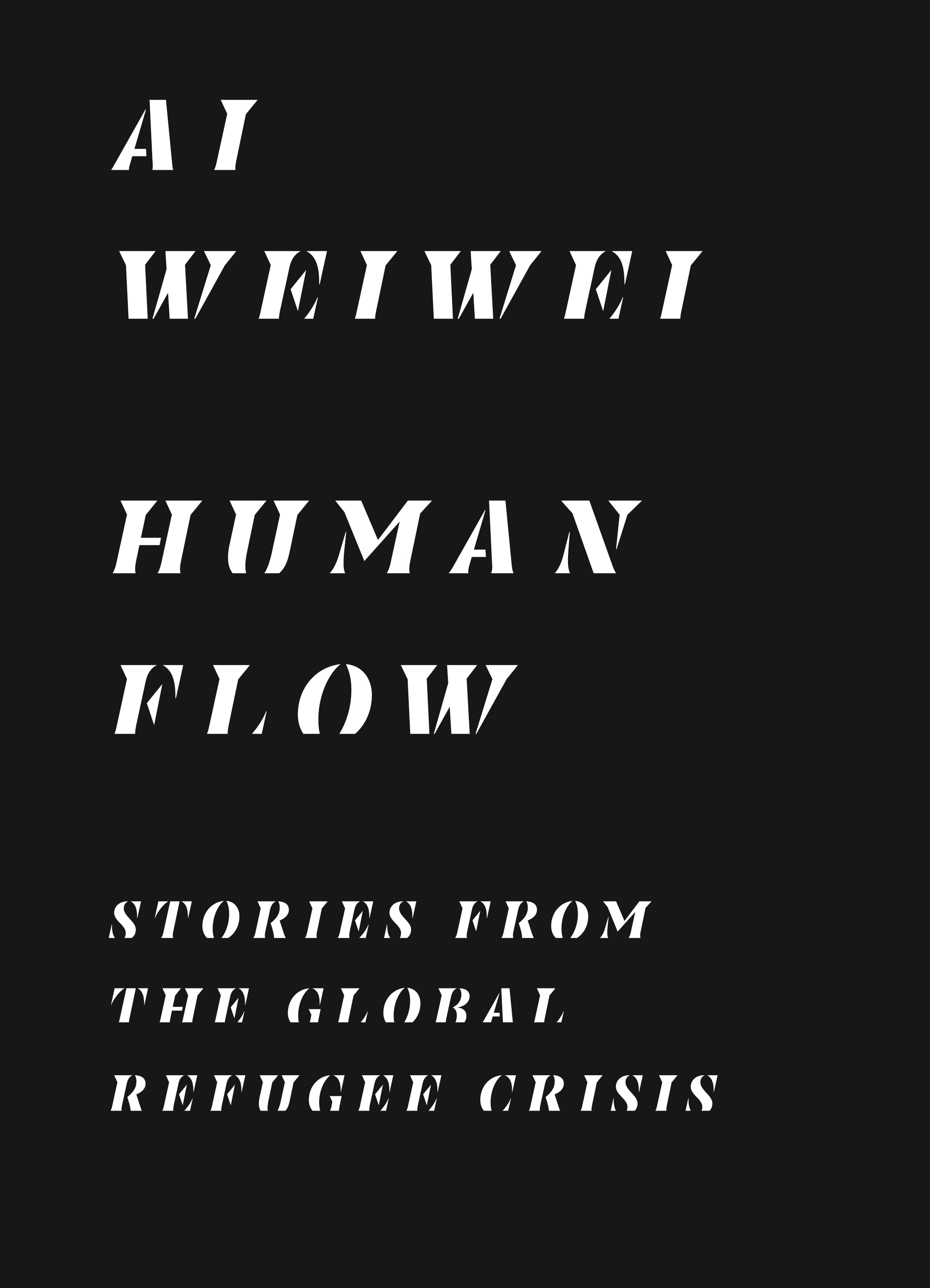 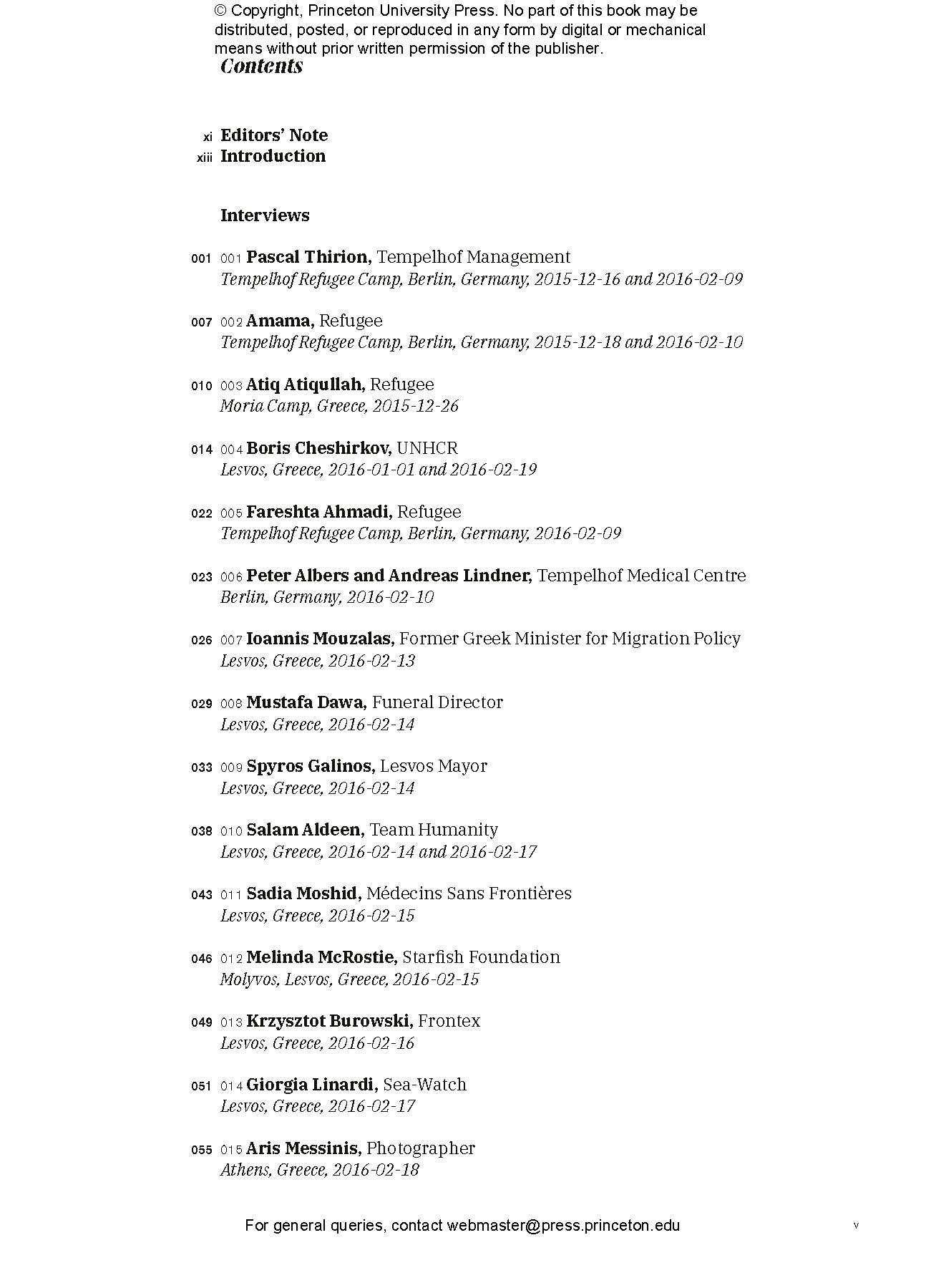 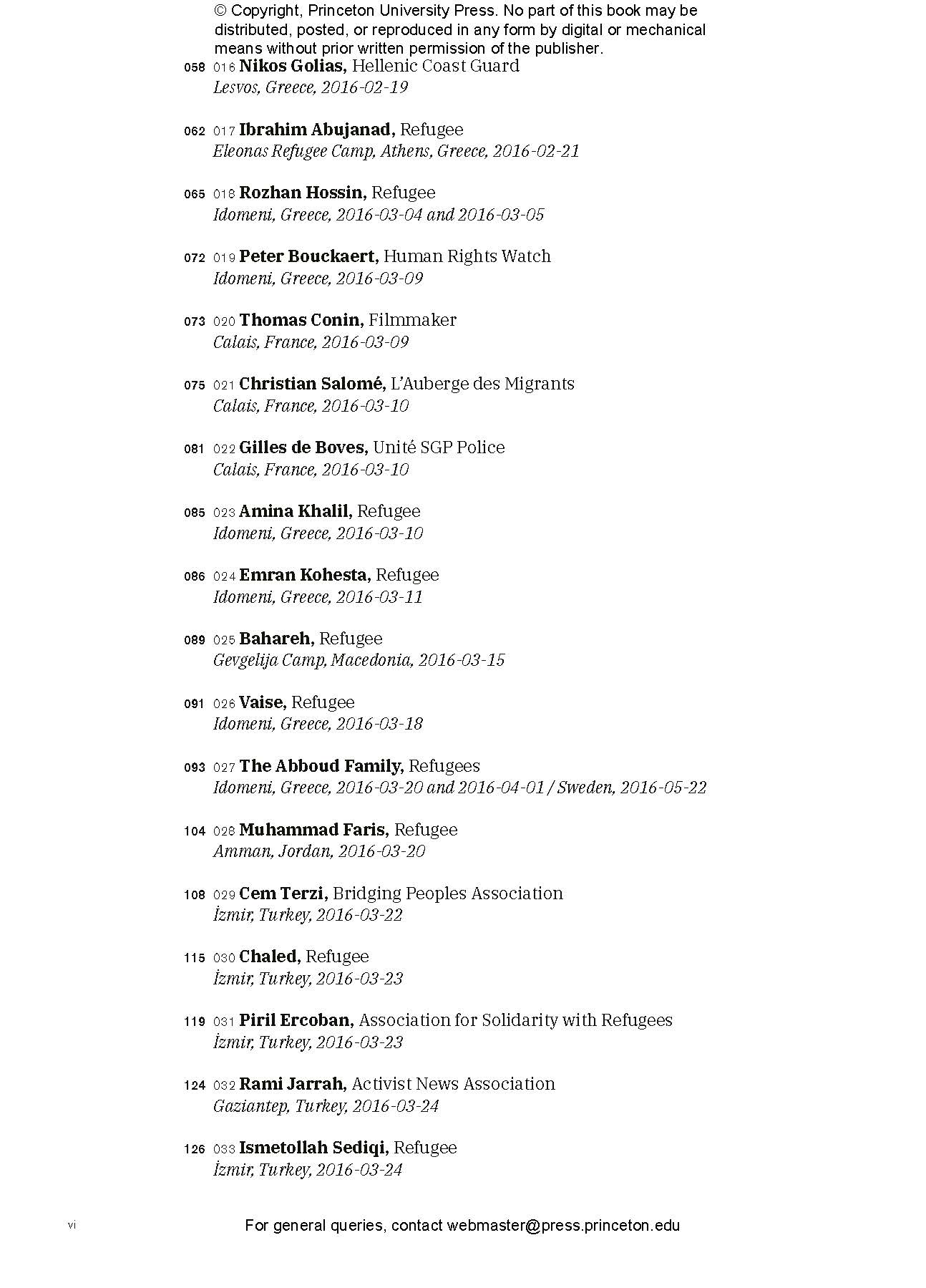 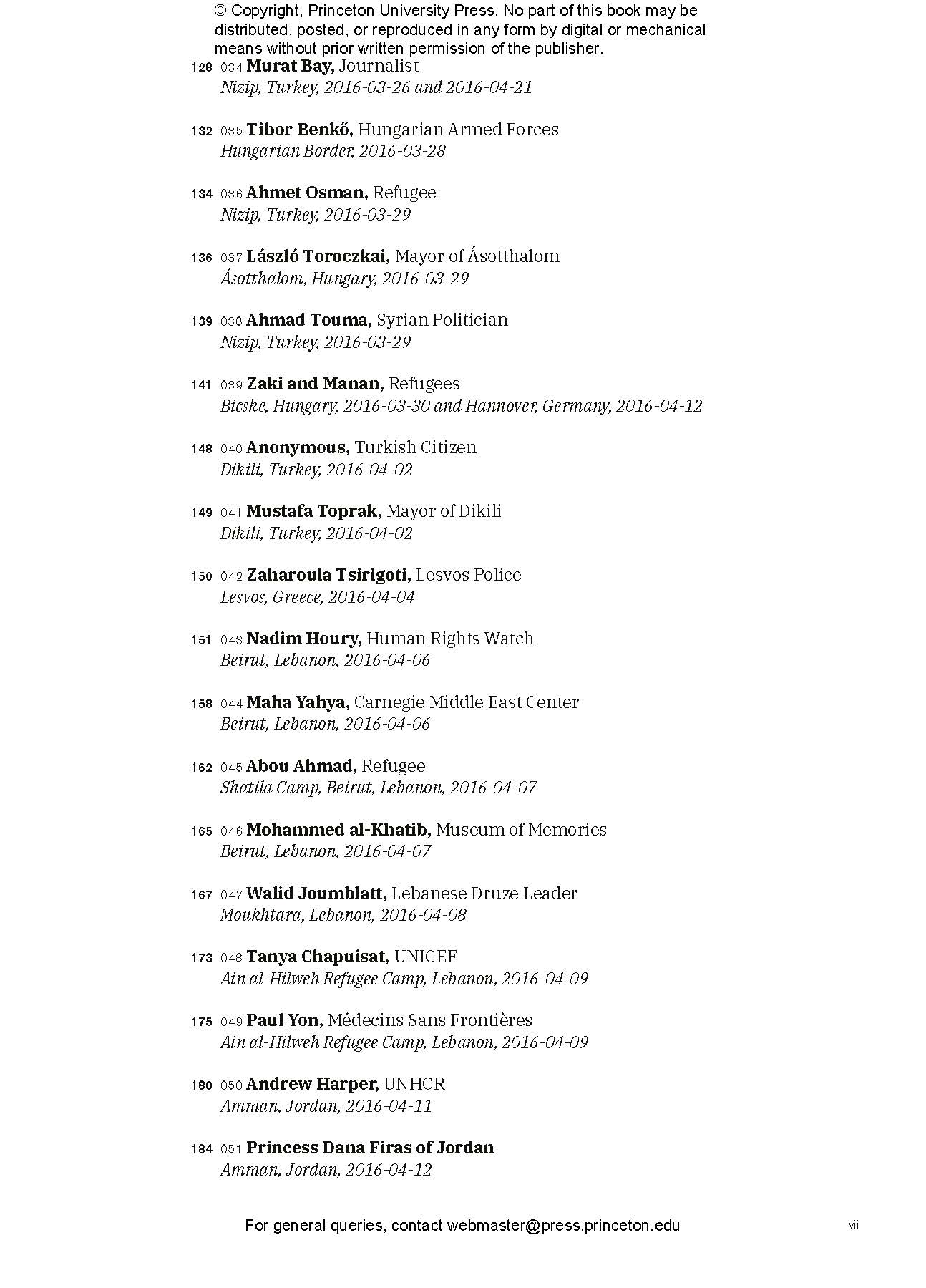 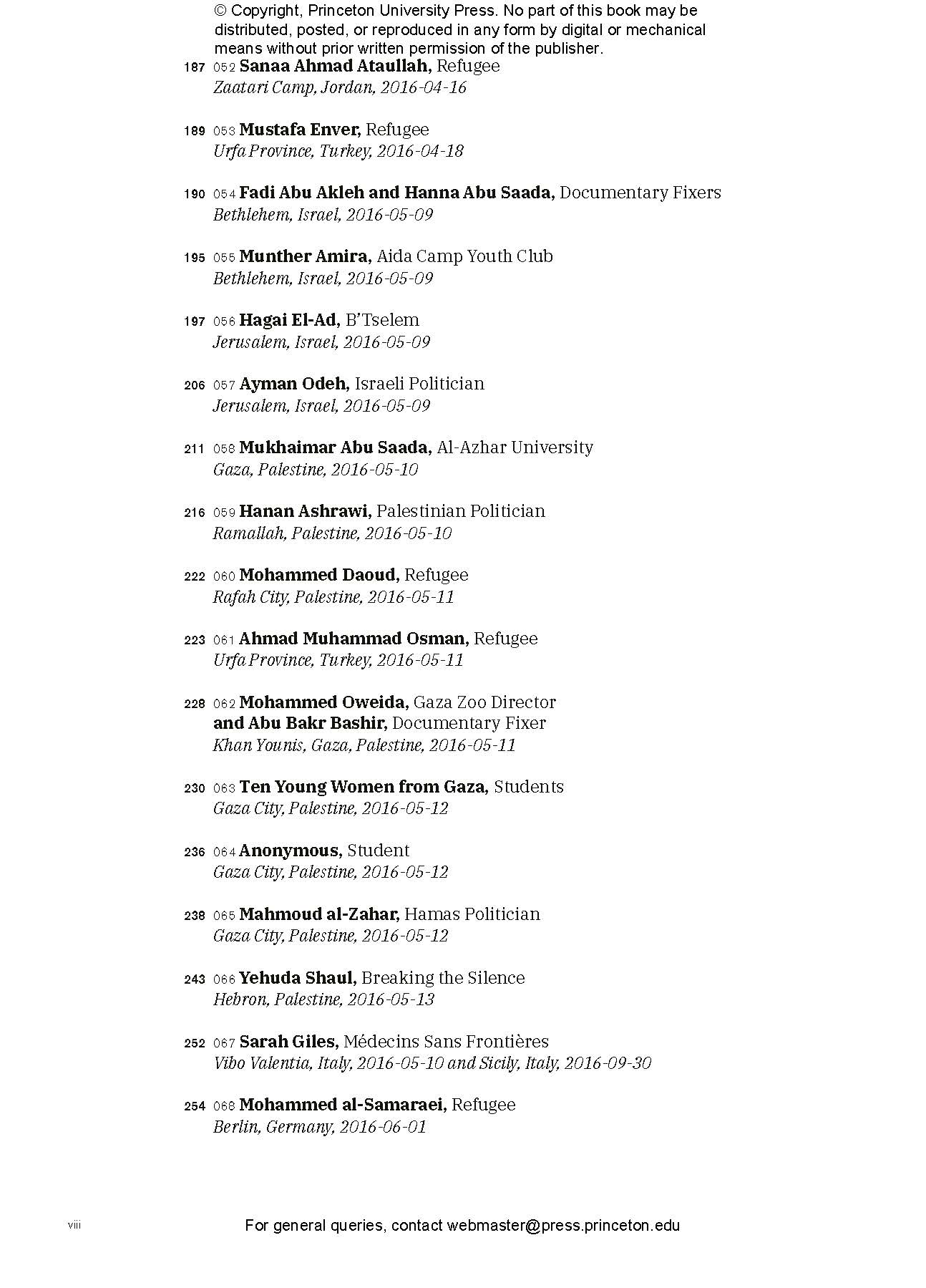 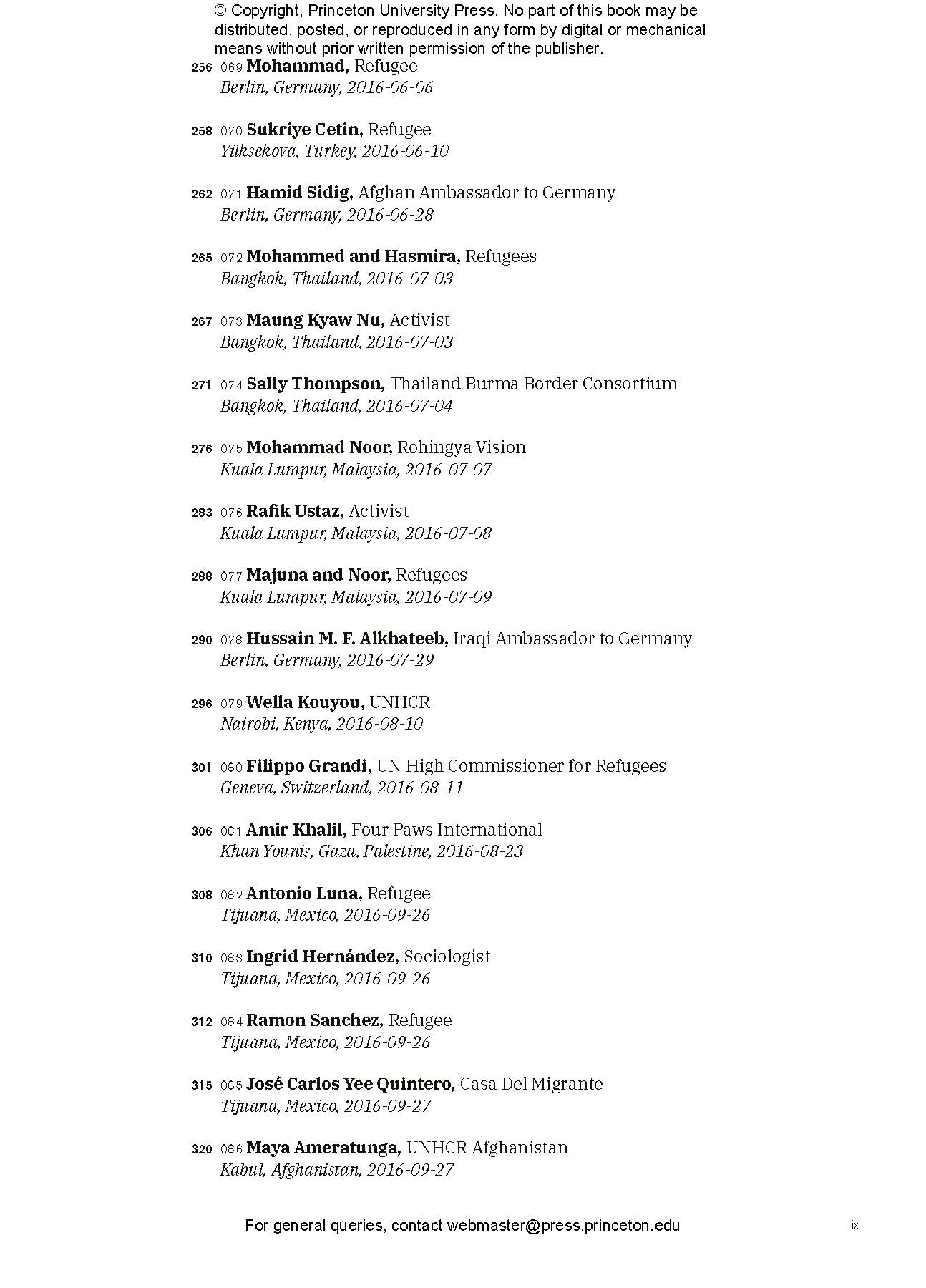 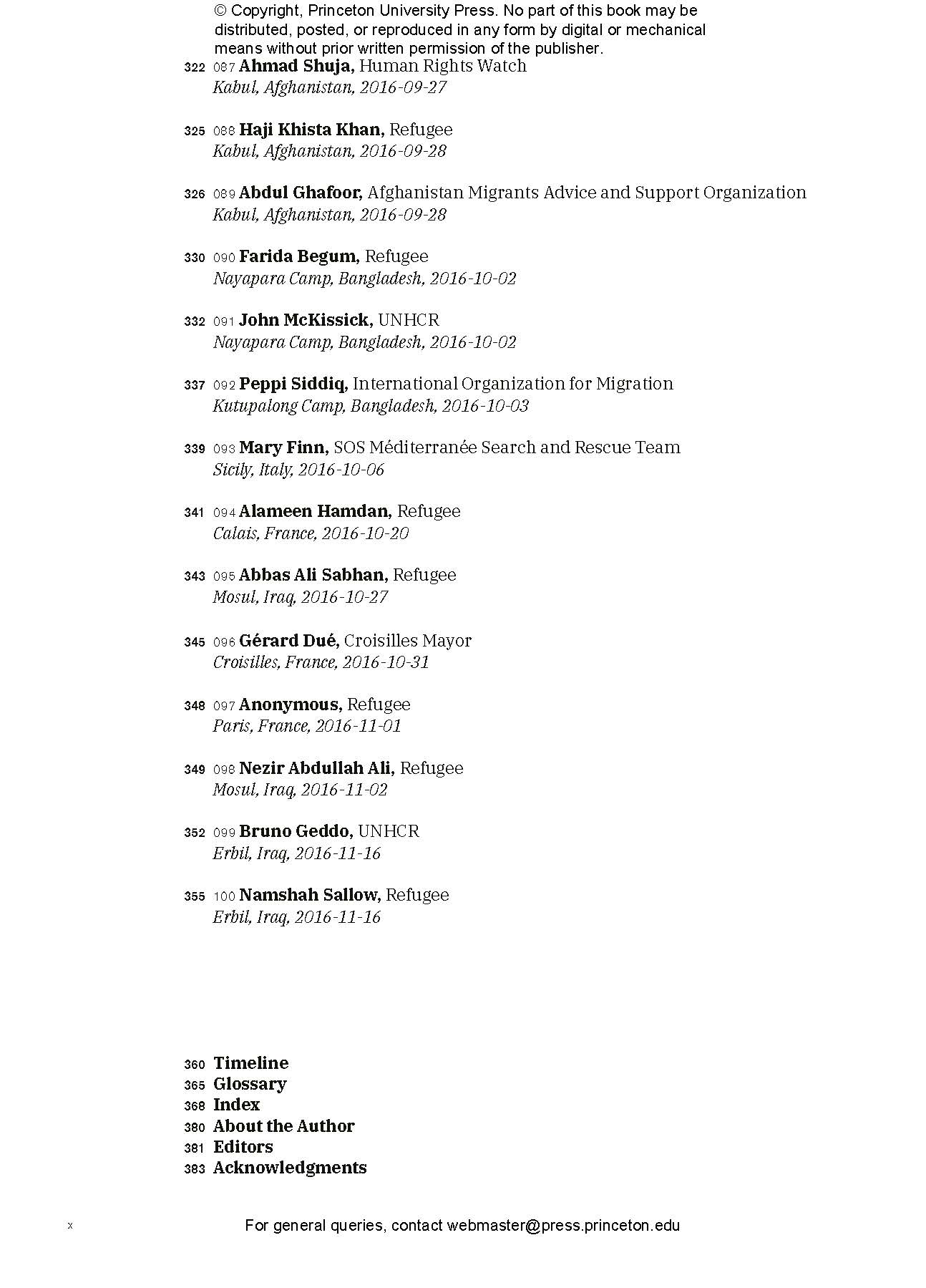 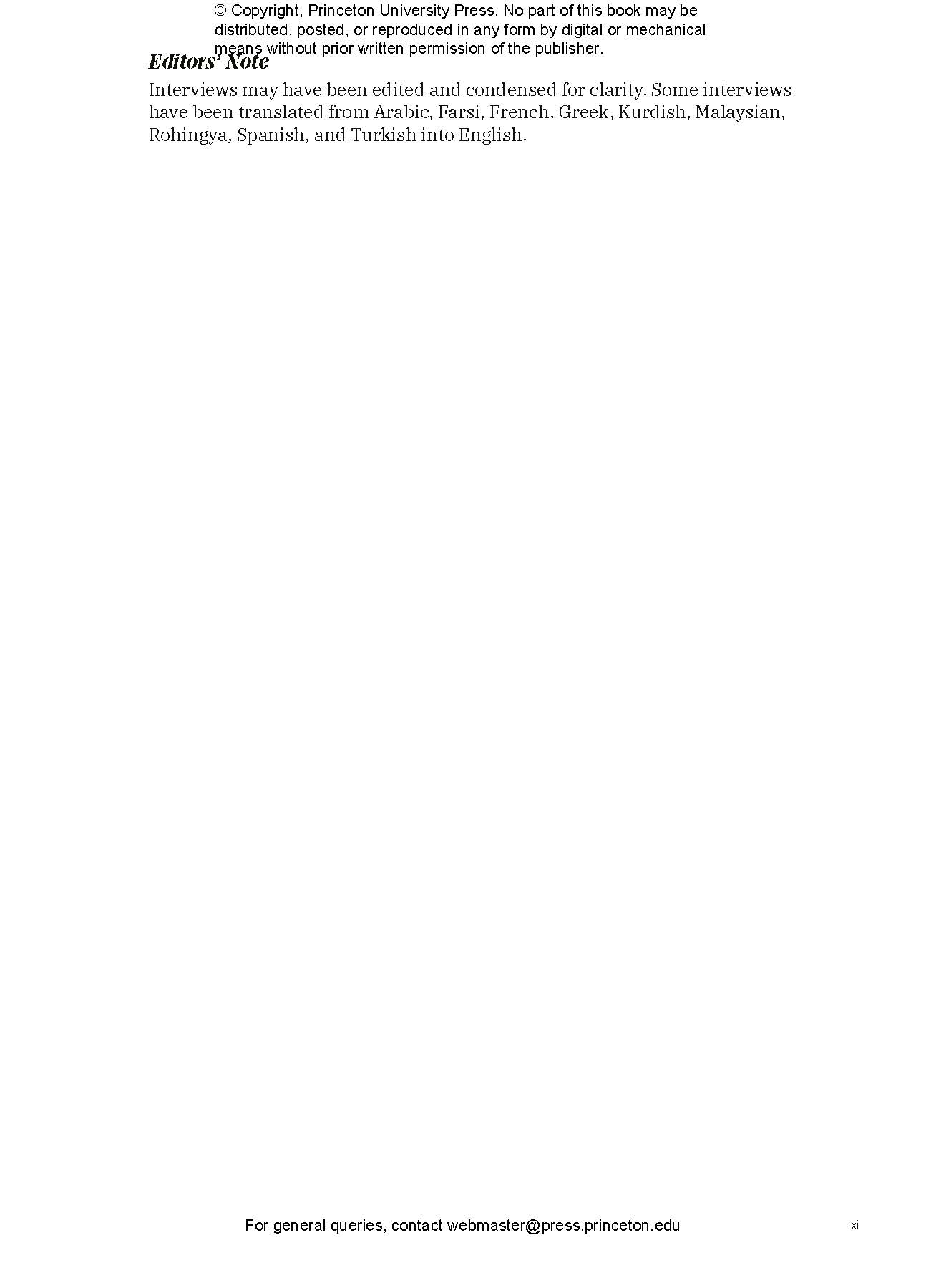 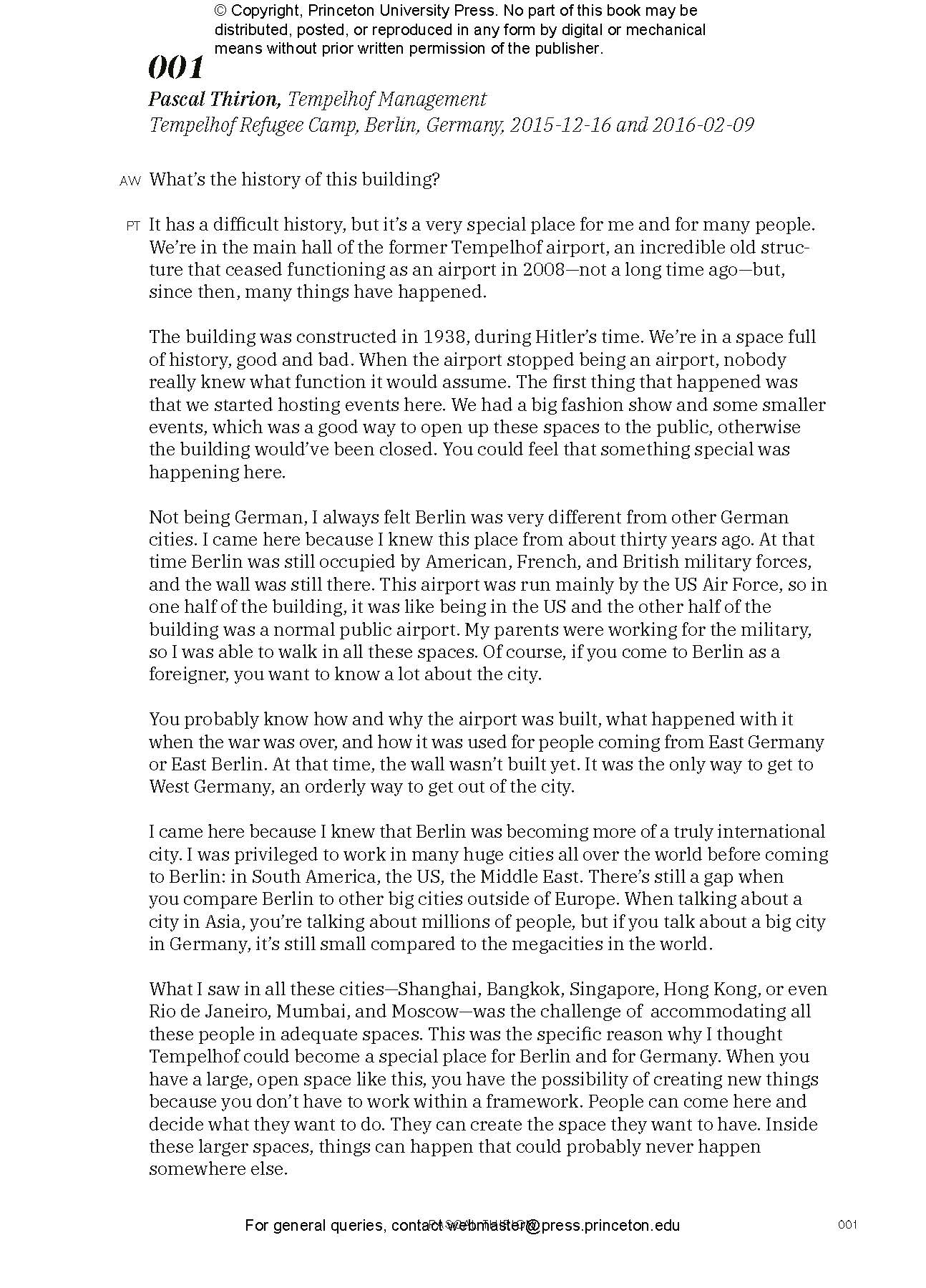 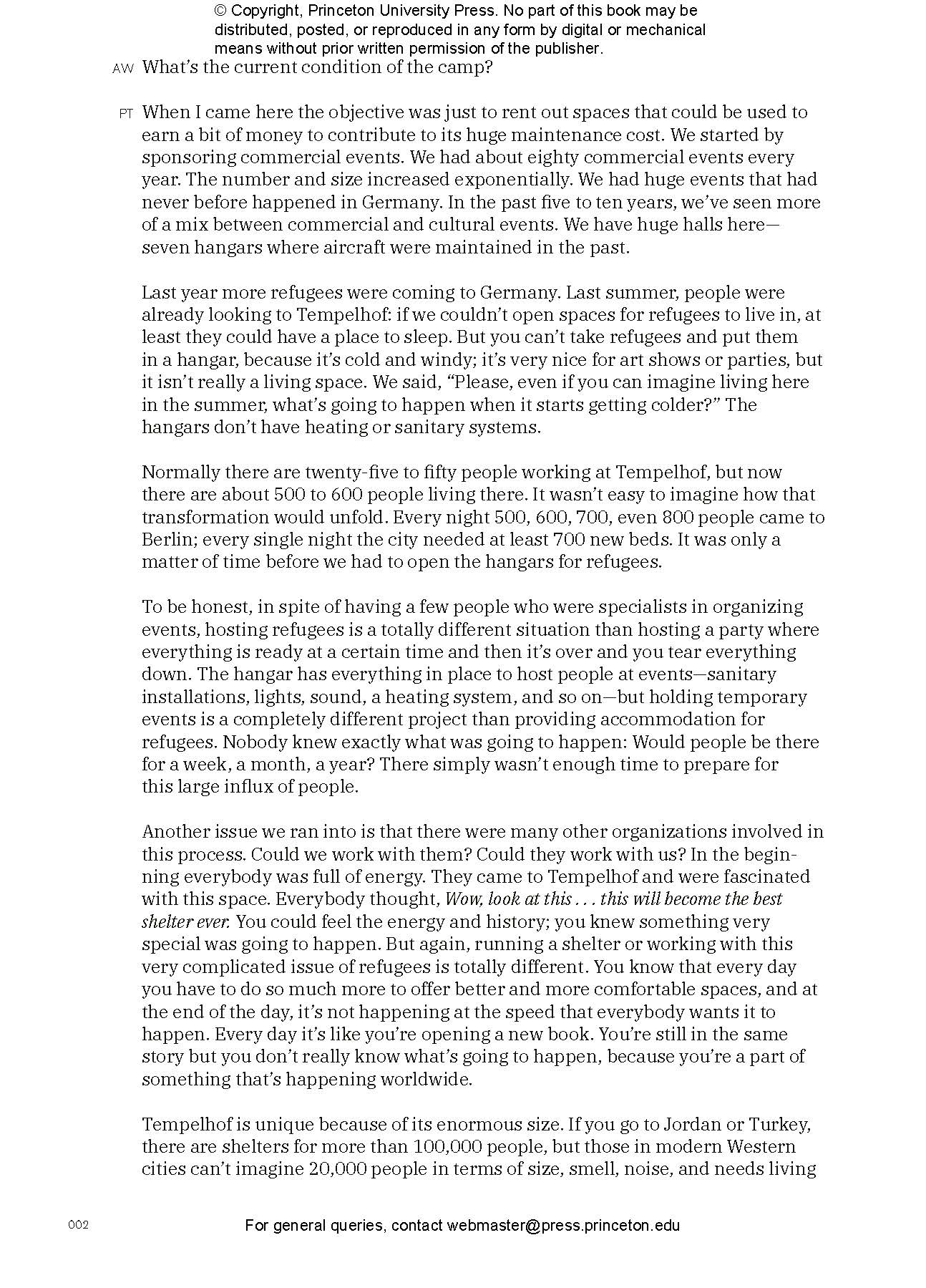 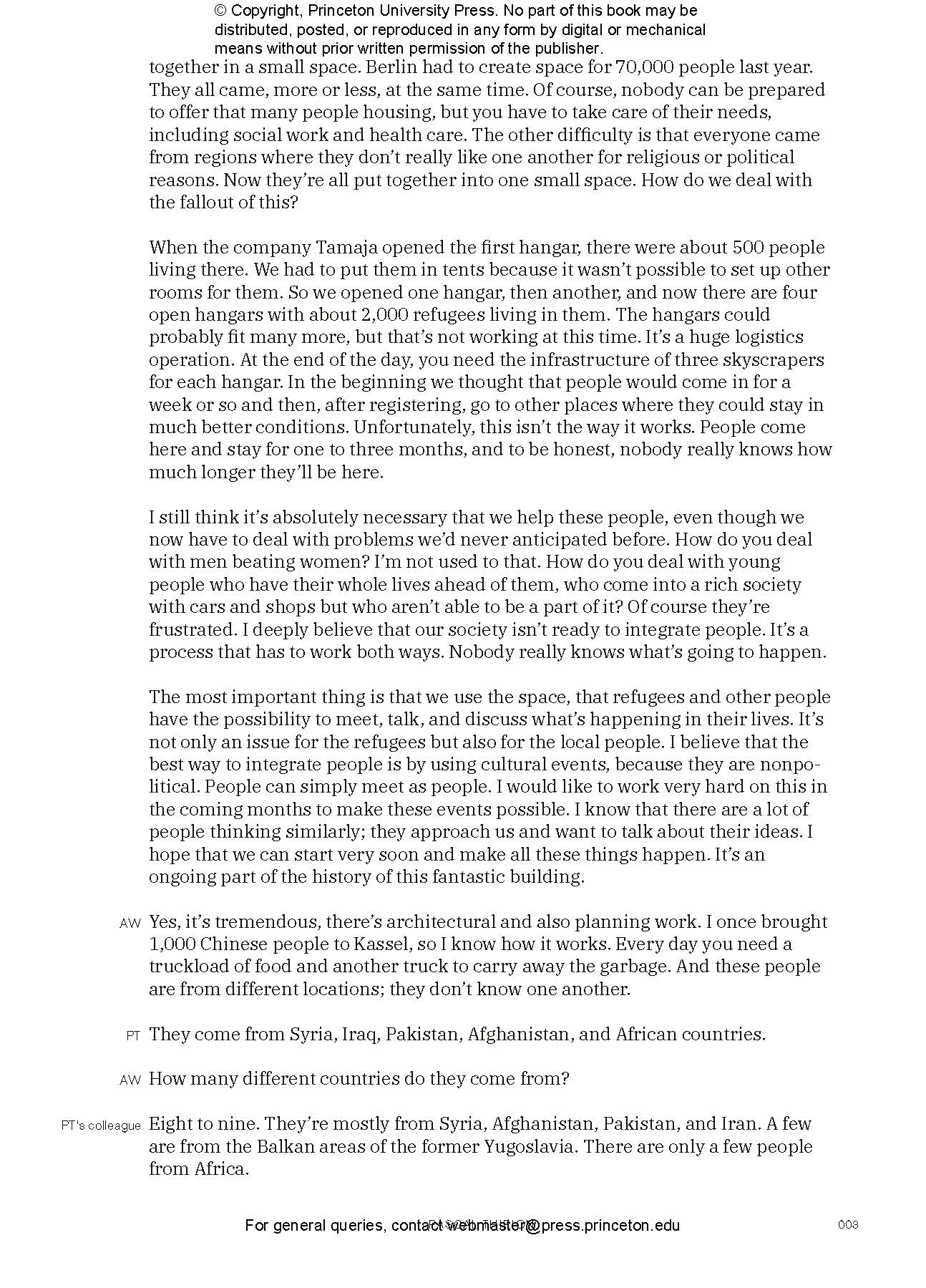 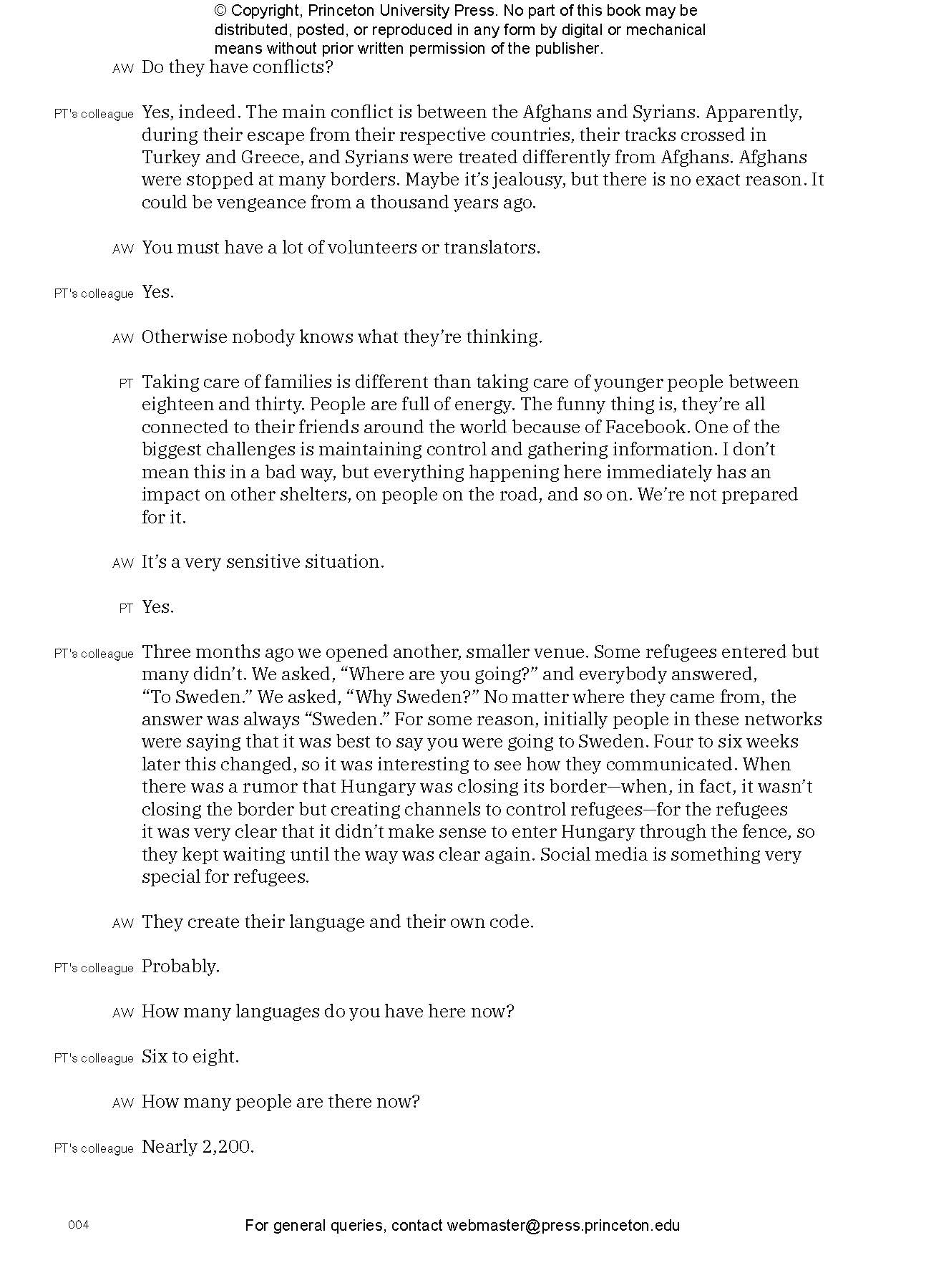 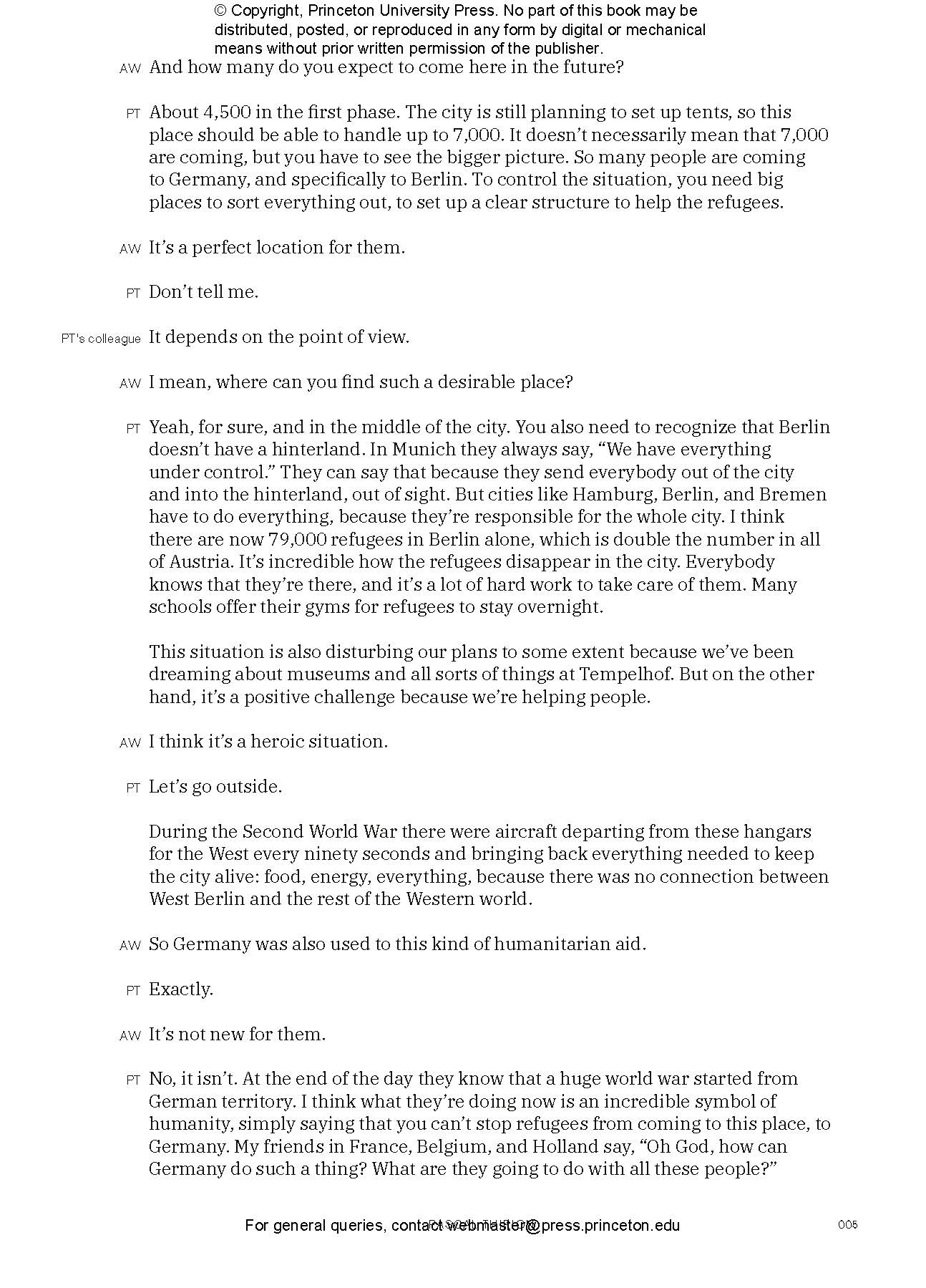 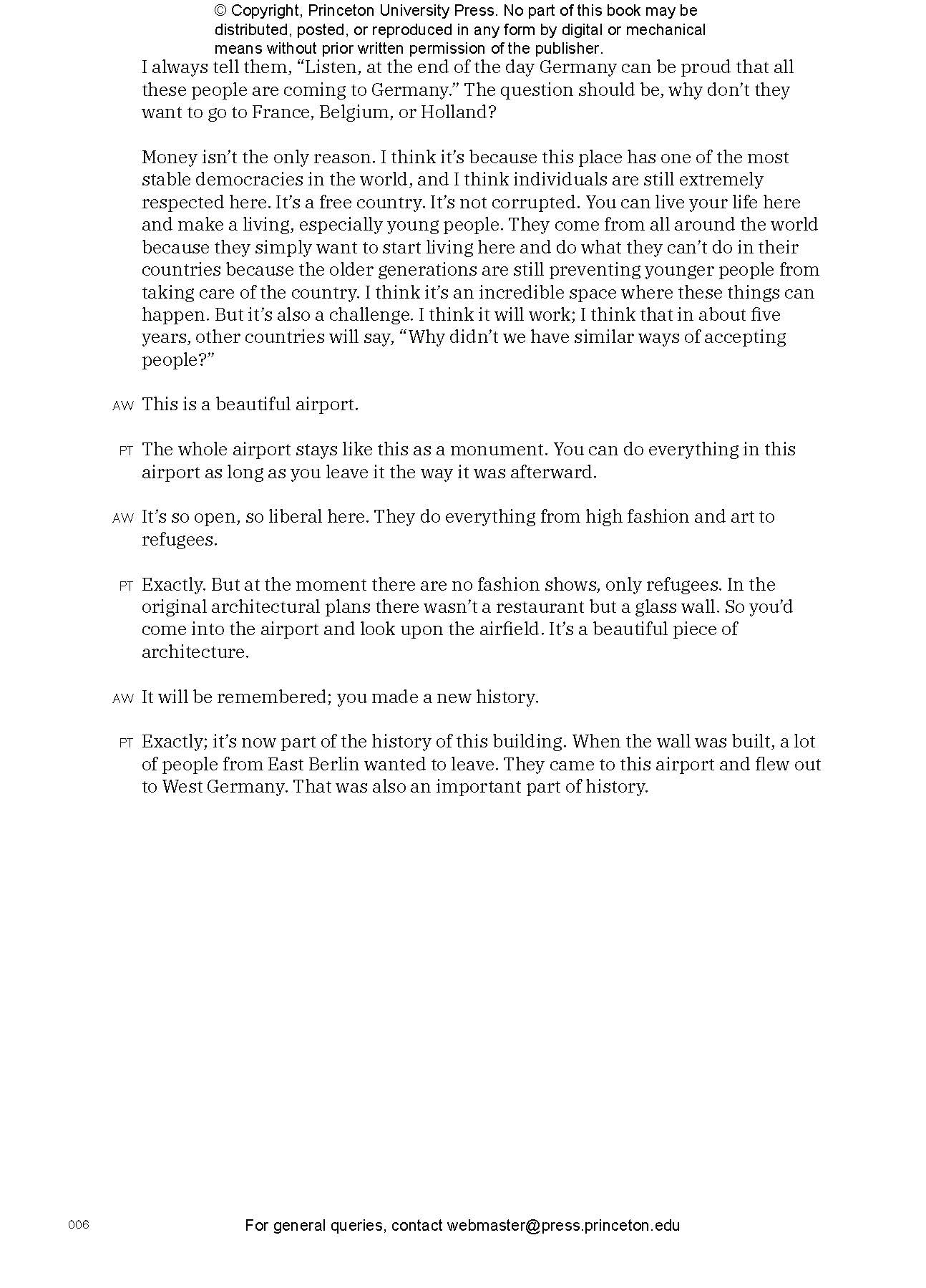 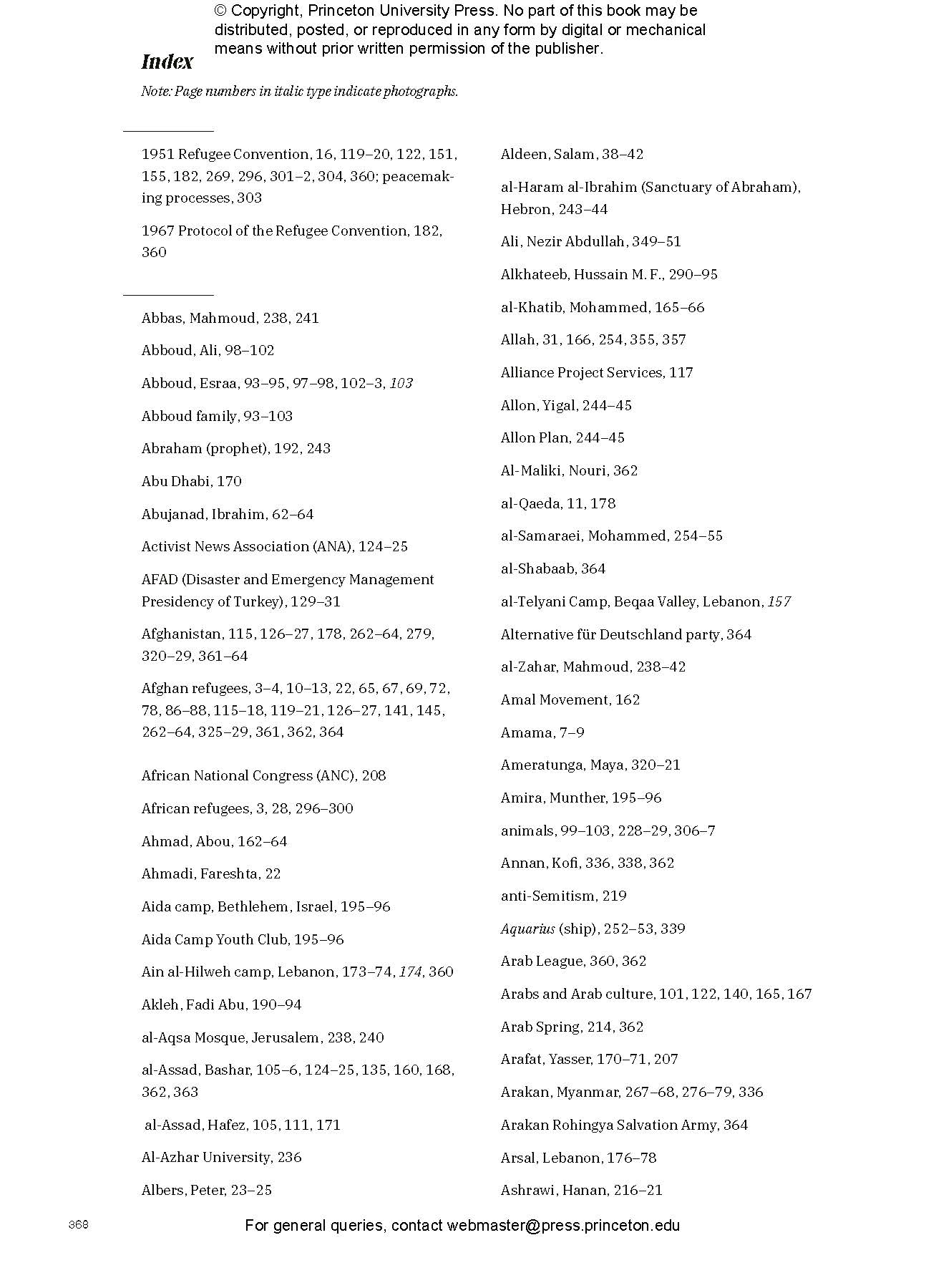 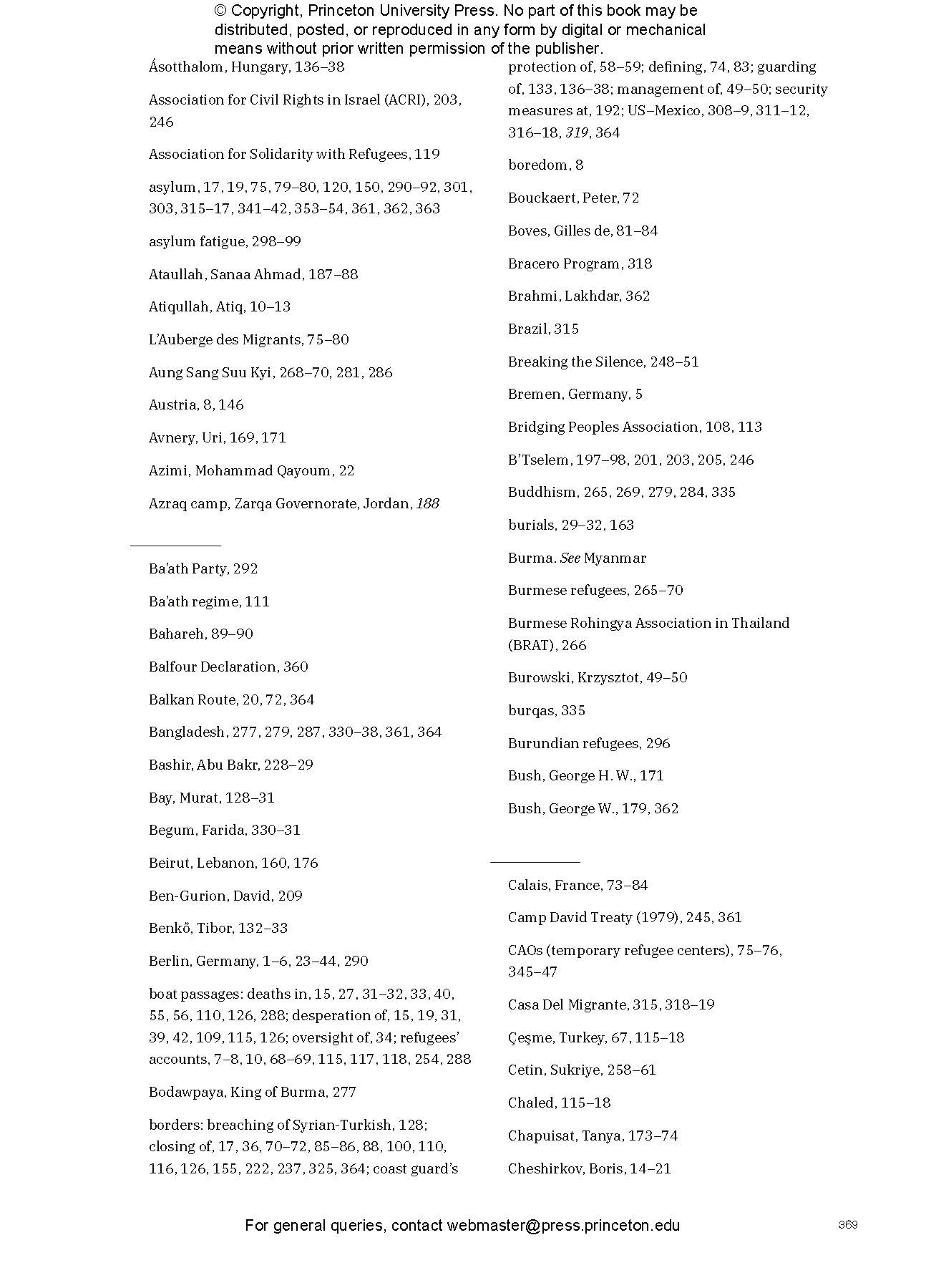 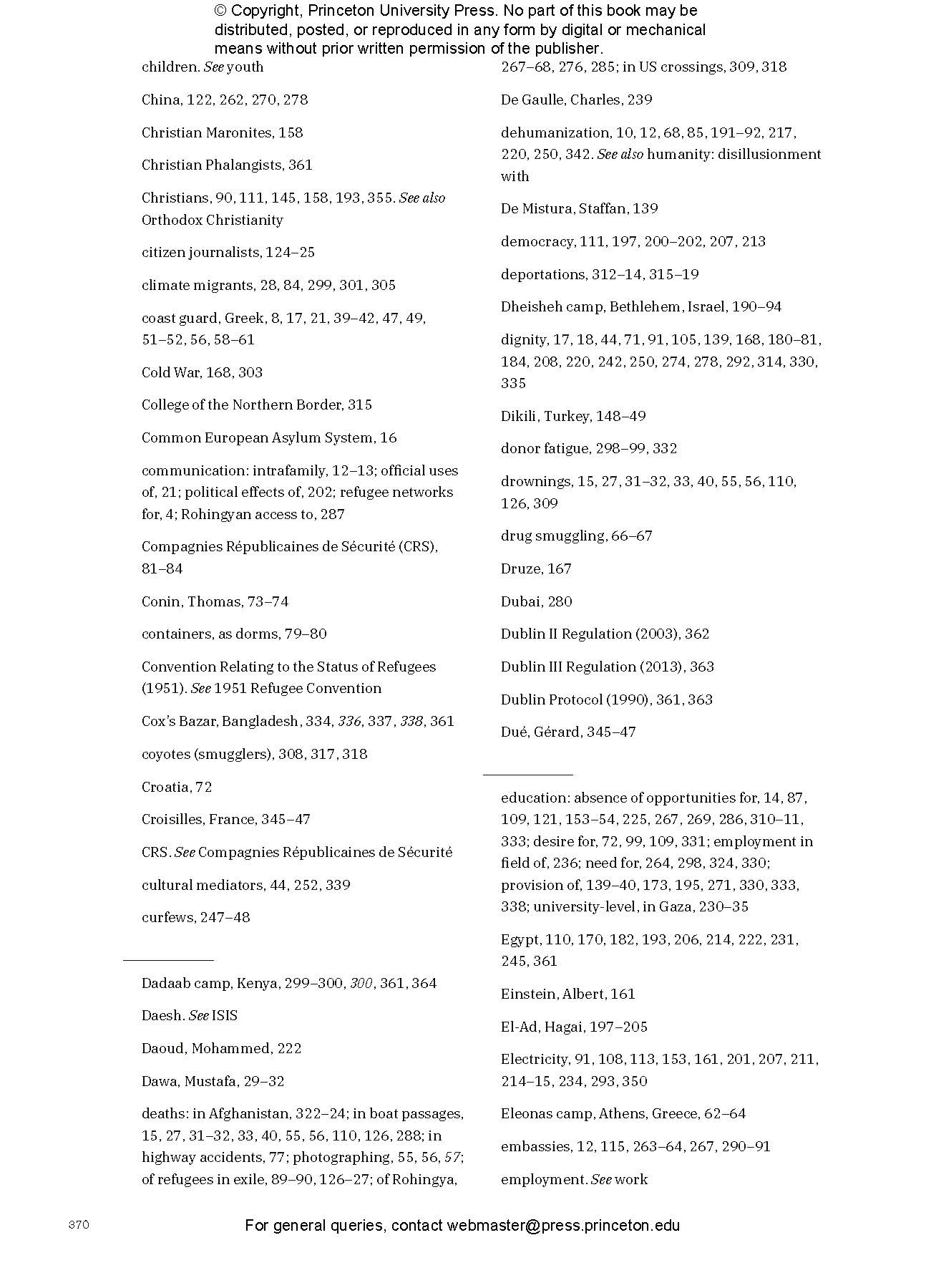 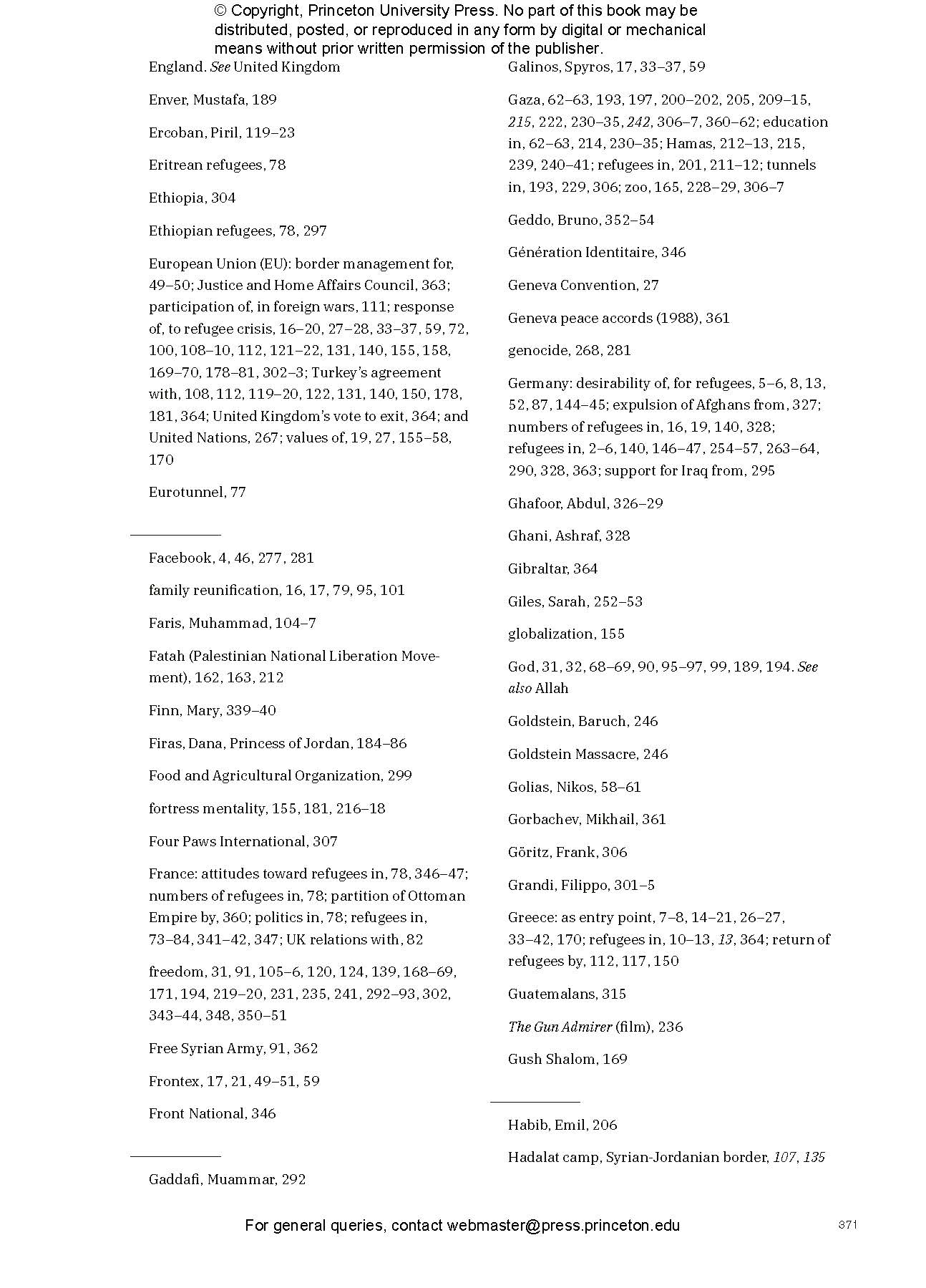 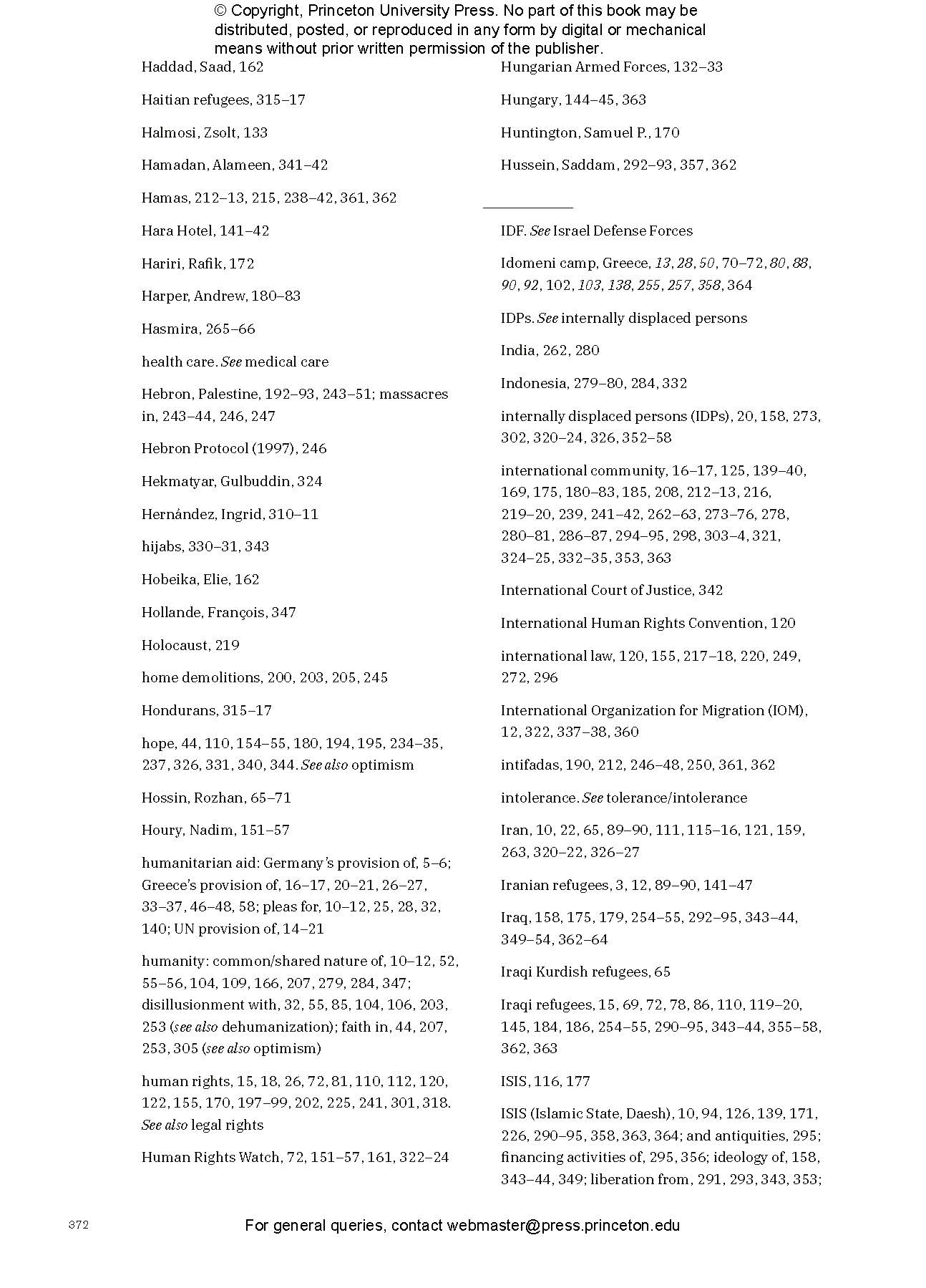 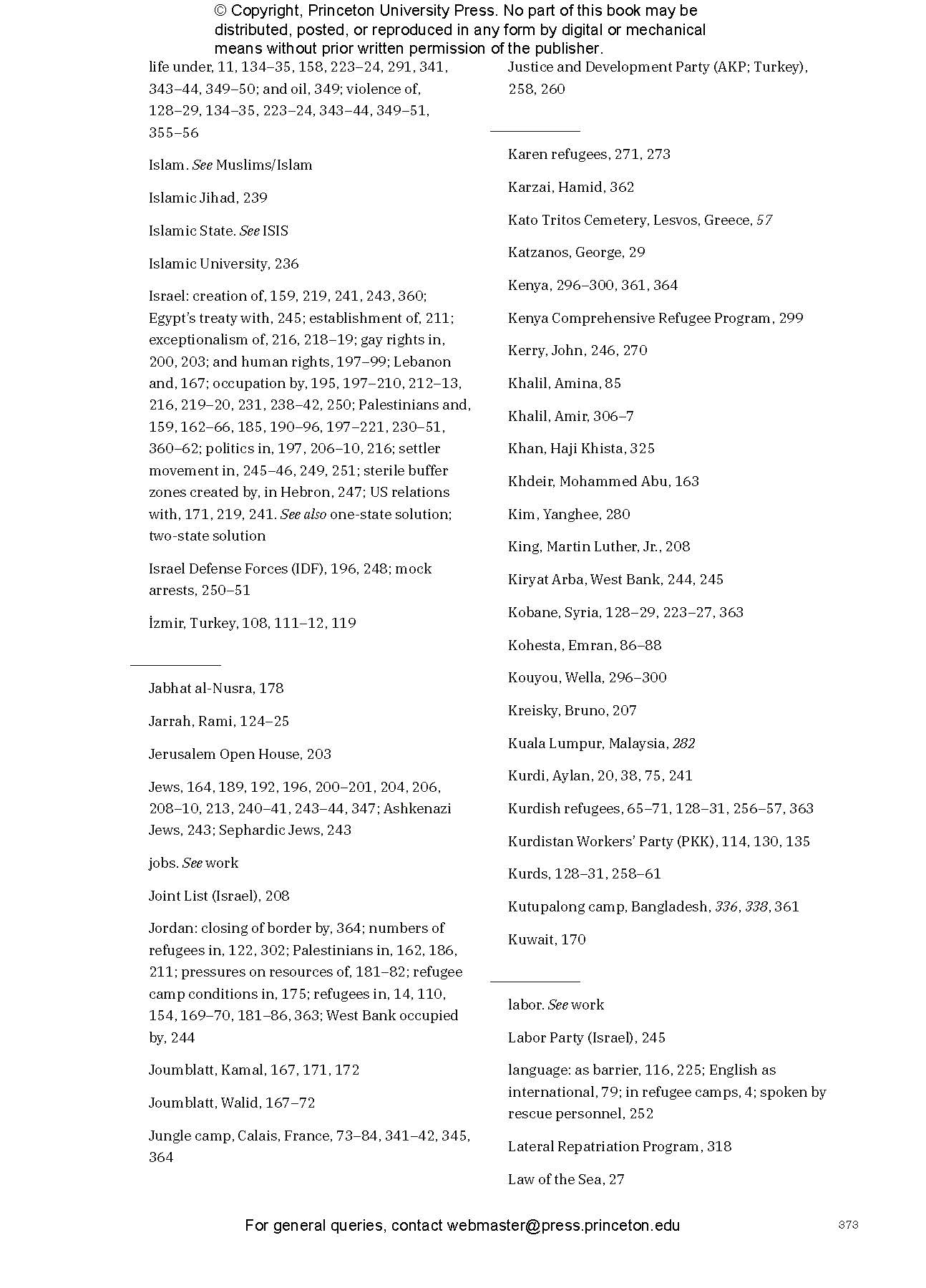 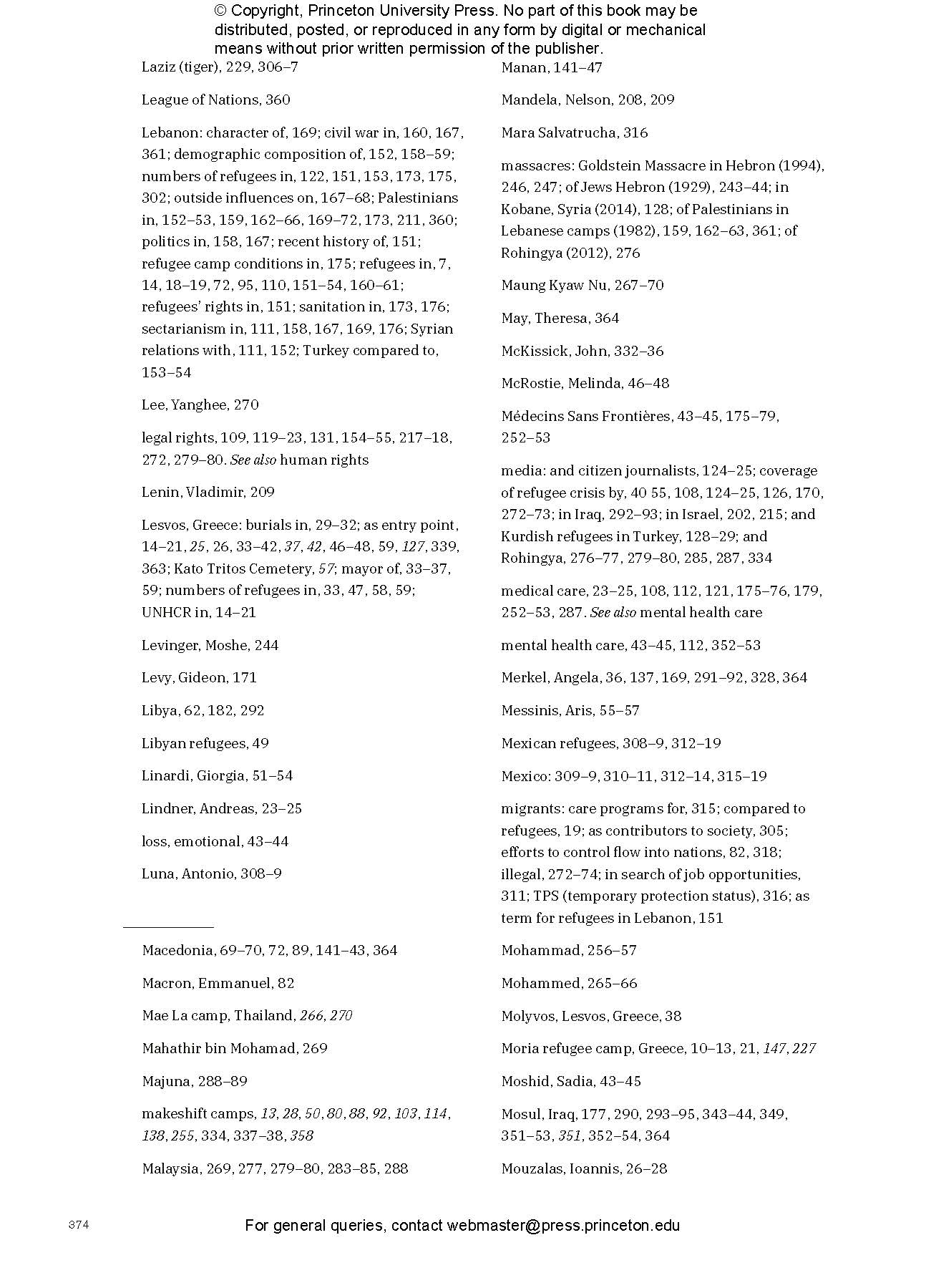 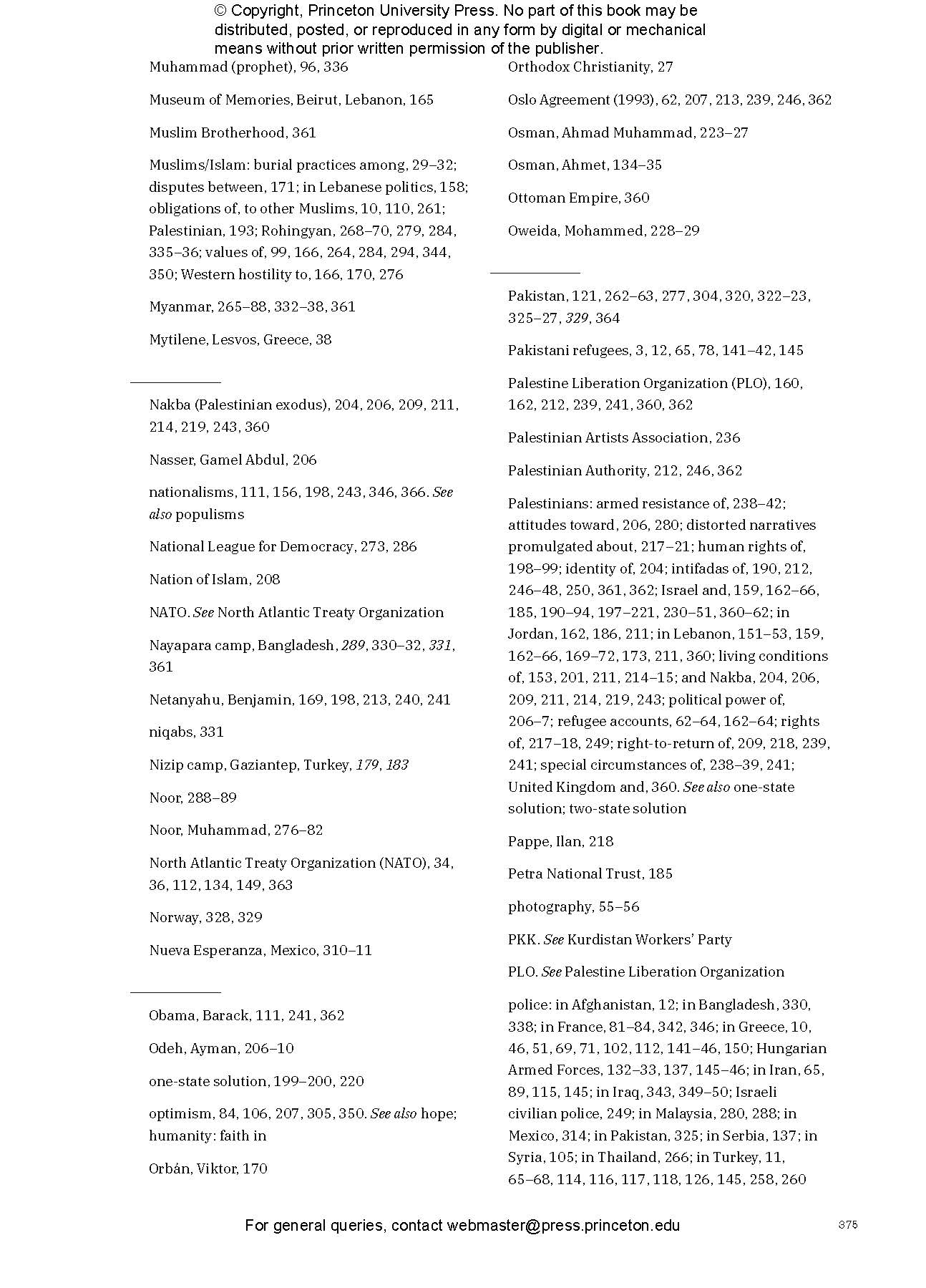 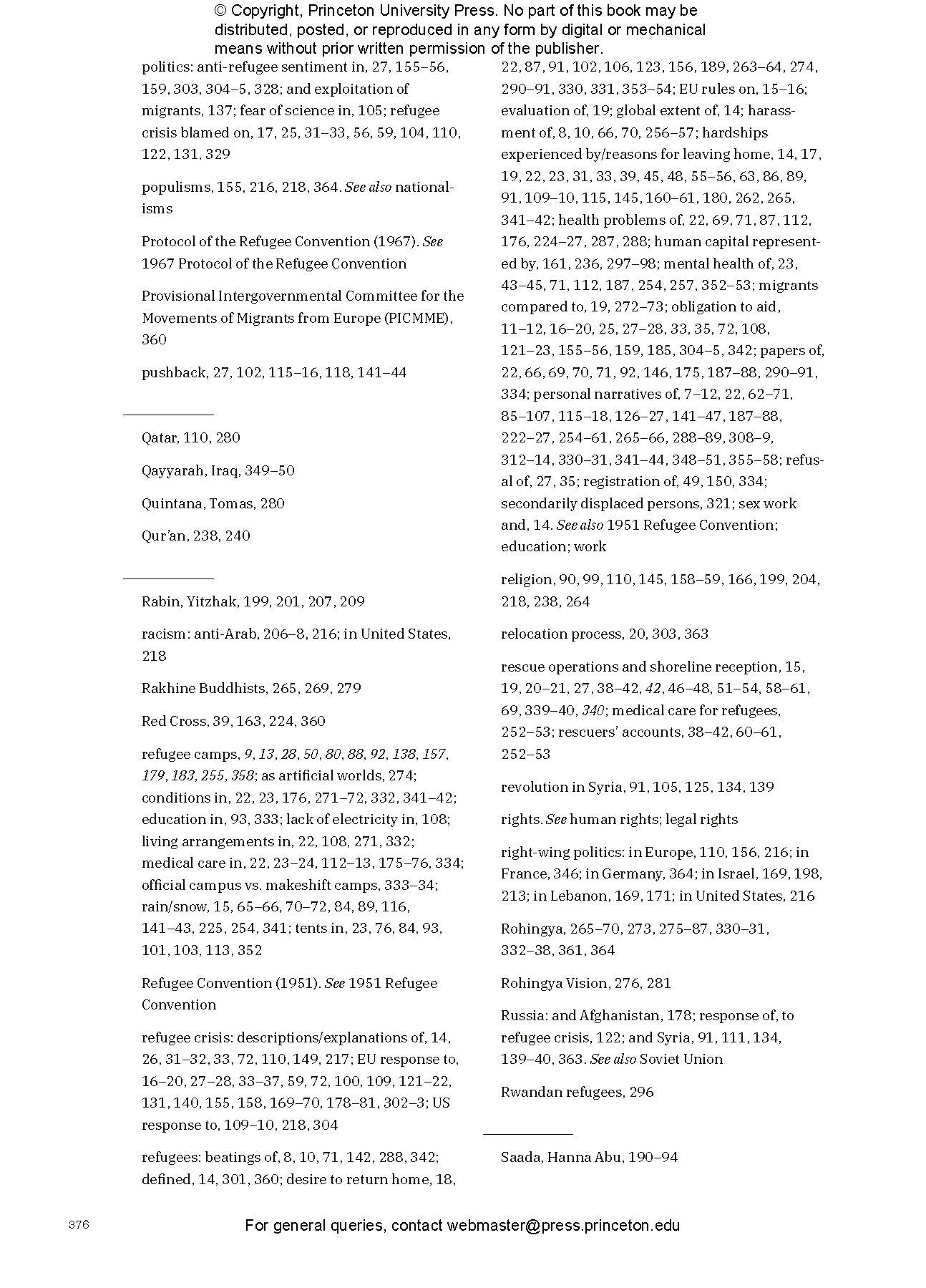 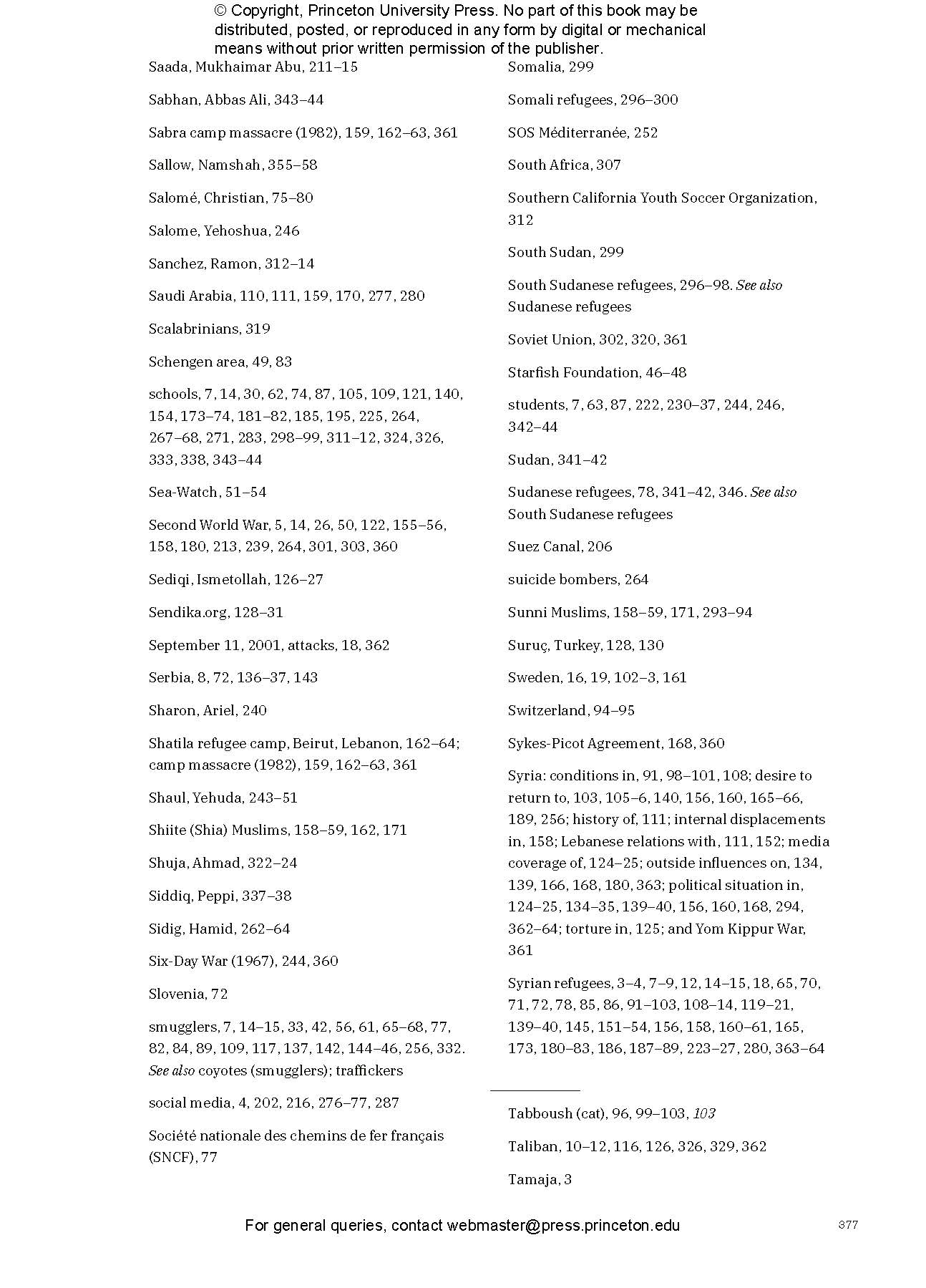 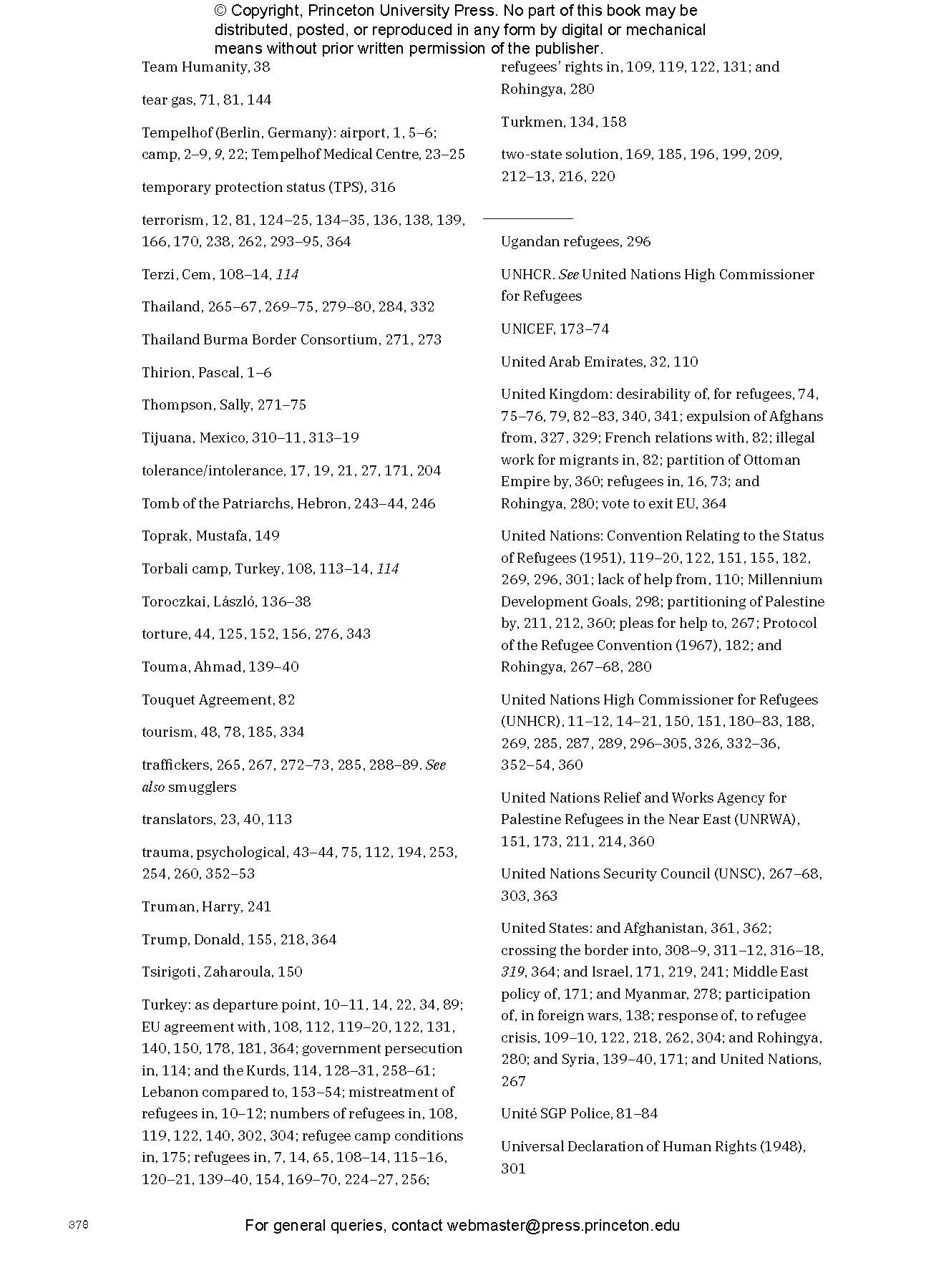 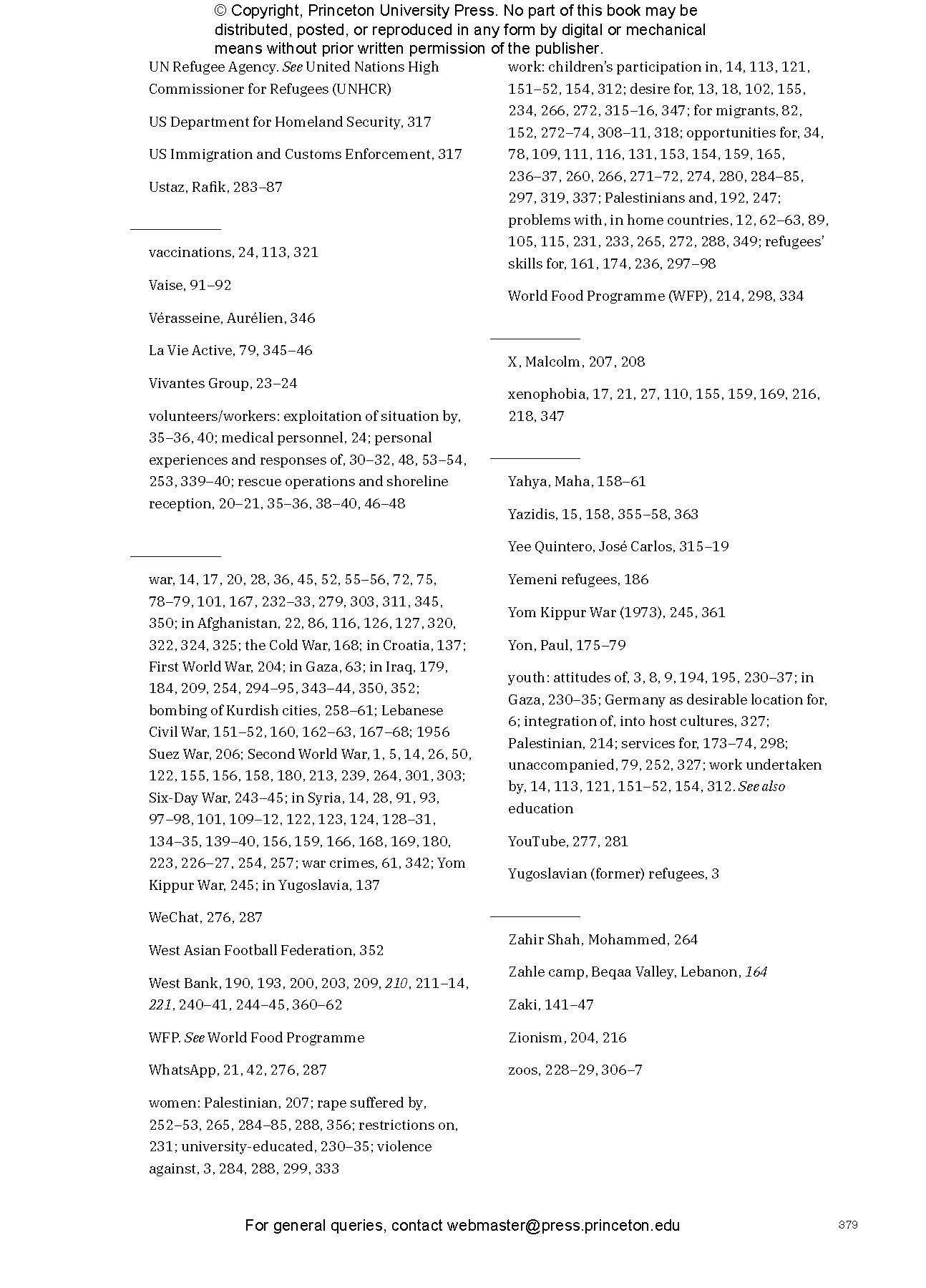 A powerful portrait of the greatest humanitarian emergency of our time, from the director of Human Flow 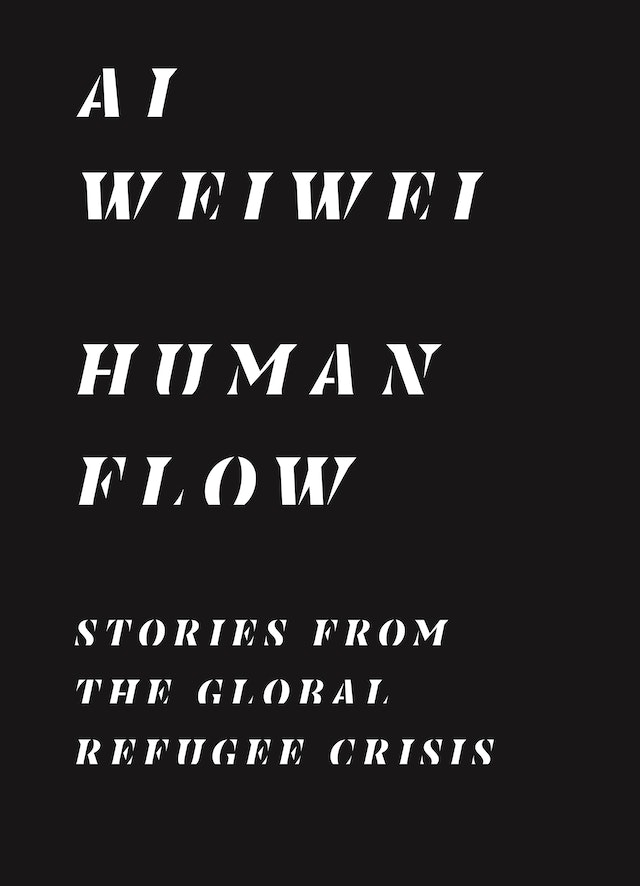 In the course of making Human Flow, his epic feature documentary about the global refugee crisis, the artist Ai Weiwei and his collaborators interviewed more than 600 refugees, aid workers, politicians, activists, doctors, and local authorities in twenty-three countries around the world. A handful of those interviews were included in the film. This book presents one hundred of these conversations in their entirety, providing compelling first-person stories of the lives of those affected by the crisis and those on the front lines of working to address its immense challenges.

Speaking in their own words, refugees give voice to their experiences of migrating across borders, living in refugee camps, and struggling to rebuild their lives in unfamiliar and uncertain surroundings. They talk about the dire circumstances that drove them to migrate, whether war, famine, or persecution; and their hopes and fears for the future. A wide range of related voices provides context for the historical evolution of this crisis, the challenges for regions and states, and the options for moving forward.

Complete with photographs taken by Ai Weiwei while filming Human Flow, this book provides a powerful, personal, and moving account of the most urgent humanitarian crisis of our time. 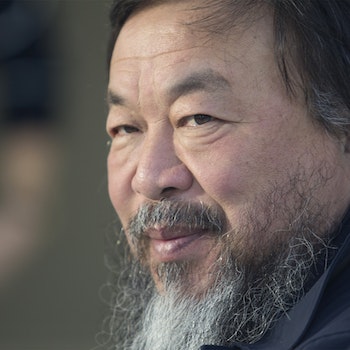 "Provides a powerful, personal, and moving account of the most urgent humanitarian crisis of our time."—Eleni Sakellis, National Herald

"A gift for those who care deeply about their fellow humans, or a needed wake-up call for those who could learn a little empathy, Ai Weiwei’s book Human Flow brings to light the stories of those on the front lines of the global refugee crisis . . . [T]his book is able to give voice to many . . . featuring 100 first-person accounts alongside Weiwei’s photographs."—Shannon Connellan, Mashable

“Today there are nearly 80 million people displaced by war and persecution. They are alternately forgotten and demonized. In sharing their words, Ai Weiwei reminds us that while they are refugees, they are first and foremost men, women, and children with the same dreams and aspirations as the rest of us, equally deserving of the peace, protection, and opportunity we seek for ourselves and our own families.”—Filippo Grandi, United Nations High Commissioner for Refugees

“In Human Flow, a hundred voices of different kinds and from different places dramatize our collective failure to design a humane world. With its moments of bravery, outrage, and suffering, this book is a challenge to make the future different from the past.”—Samuel Moyn, author of Not Enough: Human Rights in an Unequal World

“With its astonishing variety, Human Flow offers a rich tableau of living, striving, achieving, frustration, sadness, and more. One gets a much fuller range of emotions and experiences than in conventional accounts of the refugee crisis. At a time when refugee fatigue has set in, we need this book.”—Jeremy Adelman, Henry Charles Lea Professor of History, Princeton University

“Both heartbreaking and inspiring, Human Flow reminds us that our world is made up of stories. Ai Weiwei compassionately reaches into the heart of those he interviews to show that, despite the West's selfish politics and sinister misinterpretations of international law, there are always helpers, and places where our histories are kept and protected.”—Dina Nayeri, author of The Ungrateful Refugee

“Ai Weiwei helps us understand on a personal level the large-scale movement of migrants and refugees, driven by conflict, the climate crisis, persecution, and inequality. He translates a global phenomenon into a compelling collection of diverse human stories—each demanding our moral attention if we hope to comprehend the whole.”—Patrick Gaspard, president of the Open Society Foundations

“Human Flow recounts intimate and often harrowing stories that are testaments, urgent and desperately needed, not only of hardship and loss but of survival and endurance, of the need to speak, to be seen and heard.”—Dinaw Mengestu, author of How to Read the Air