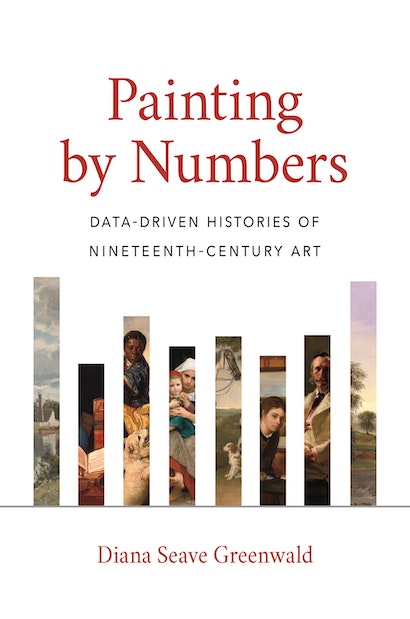 Upending traditional perspectives on the art historical canon, Painting by Numbers offers an innovative look at the nineteenth-century art world and its legacy. 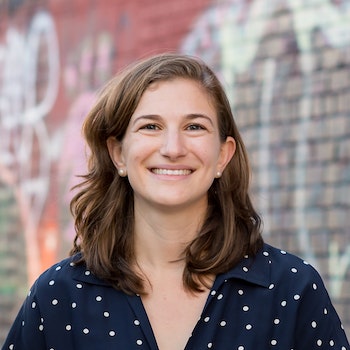 "Painting by Numbers…[is] careful and systematic…it is a solid demonstration that “counting things” matters. It leaves audiences to wonder what work the book will inspire as other researchers draw from the quantitative foundation Greenwald has established… [I]t’s clear that the author’s expertise in art and data pair brilliantly” –Lydia Pyne, Hyperallergic"

"The real power of [Painting by Numbers] is. . . . prompting art historians to ask questions about the values underpinning their definition of their objects of study. . . . [Diana Greenwald] has done a valuable service to the field in asking us to rethink our fundamental categories of disciplinary concern and our responsibilities to the vast range of visual and material culture that might fall within their purview."—CAA Reviews

"Diana Seave Greenwald’s Painting by Numbers: Data-Driven Histories of Nineteenth-Century Art is an ambitious study that synthesizes two disparate approaches of scholarship: art history and economic analysis. . . . Greenwald is a pioneer in the field who is willing to explore new perspectives and challenge past presumptions. The book paves the way for similar interdisciplinary studies to follow. . . . Painting by Numbers shows the promise of what can be achieved when an abundance of information is wedded with insightful scholarship."—Matt Garklavs, ARLIS/NA Reviews

"[Diana Greenwald] presents novel evidence on the artistic production of the nineteenth-century in France, the USA, and England and focusses on crucial topics in the art history of that period, namely, industrialization, gender, and the history of empire, providing new points of view. . . . [Painting by Numbers] represents a concrete application of the benefits of an interdisciplinary approach in humanities and social sciences."—Laura Paganl, Journal of Cultural Economics

"This groundbreaking, thought-provoking book employs datasets and socioeconomic analytical tools to tell superbly documented and compelling stories about the artists, artworks, patrons, and markets that drove artistic production and consumption in England, France, and the United States during the long nineteenth century. The ease with which Greenwald deploys her statistics should encourage broader use of these investigative techniques."—Eleanor Jones Harvey, author of Alexander von Humboldt and the United States: Art, Nature, and Culture

"Paintings are motionless, but Painting by Numbers shows that nineteenth-century art was shaped by the dynamics of distance and time. Domestic duties constrained women’s art in the United States, cheap railway travel influenced bucolic painting in France, and the British Empire was depicted as picturesque, sometimes by artists who had never even been there. All of this and more is measured quite precisely in this innovative and engaging book."—Avner Offer, coauthor of The Nobel Factor: The Prize in Economics, Social Democracy, and the Market Turn

"Painting by Numbers brings together digital research and econometric tools to identify patterns that have not been previously visible in the exhibition of nineteenth-century artworks. Greenwald’s data is fascinating and her argument, which reconsiders peasant painting, women artists, and imperialism, is an important one."—Wendy Katz, author of Humbug!: The Politics of Art Criticism in New York City’s Penny Press

"Satisfying and eminently readable, Painting by Numbers offers new insights on the broad contours of U.S., French, and British nineteenth-century art history and new possibilities for digital humanities in art history more generally. Greenwald’s book is a provocative shake-up of the canon and successfully makes the case that both the quantitative and qualitative are fundamental to a truly critical social history of art."—Paul B. Jaskot, director of Duke University’s Wired! Lab for Digital Art History and Visual Culture