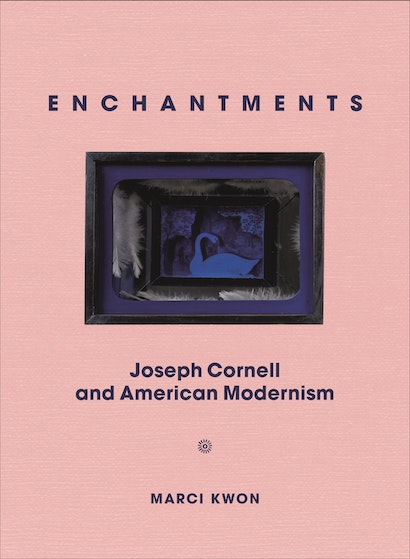 Joseph Cornell (1903–1972) is best known for his exquisite and alluring box constructions, in which he transformed found objects—such as celestial charts, glass ice cubes, and feathers—into enchanted worlds that blur the boundaries between fantasy and the commonplace. Situating Cornell within the broader artistic, cultural, and political debates of midcentury America, this innovative and interdisciplinary account reveals enchantment’s relevance to the history of American modernism.

In this beautifully illustrated book, Marci Kwon explores Cornell’s attempts to convey enchantment—an ephemeral experience that exceeds rational explanation—in material form. Examining his box constructions, graphic design projects, and cinematic experiments, she shows how he turned to formal strategies drawn from movements like Transcendentalism and Romanticism to figure the immaterial. Kwon provides new perspectives on Cornell’s artistic and graphic design career, bringing vividly to life a wide circle of acquaintances that included artists, poets, writers, and filmmakers such as Mina Loy, Lincoln Kirstein, Frank O’Hara, and Stan Brakhage. Cornell’s participation in these varied milieus elucidates enchantment’s centrality to midcentury conversations about art’s potential for power and moral authority, and reveals how enchantment and modernity came to be understood as opposing forces. Leading contemporary artists such as Betye Saar and Carolee Schneemann turned to Cornell’s enchantment as a resource for their own anti-racist, feminist projects.

Spanning four decades of the artist’s career, Enchantments sheds critical light on Cornell’s engagement with many key episodes in American modernism, from Abstract Expressionism, 1930s “folk art,” and the emergence of New York School poetry and experimental cinema to the transatlantic migration of Symbolism, Surrealism, and ballet. 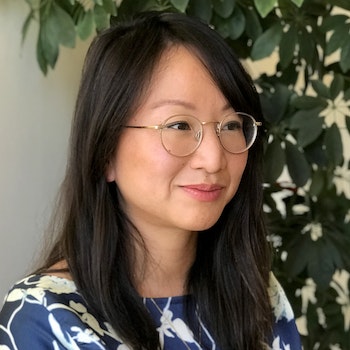 "Kwon’s handsomely illustrated book takes a deep dive into the culture that influenced Cornell, and situates him within the art and politics—and politics of art—of his time. . . .[A] beautifully produced book."—Library Journal

"In her book Enchantments . . .[Marci Kwon] gives what amounts to a hidden history of modernism in this country, placing Cornell in context and revealing his connections to his contemporaries and his influence on later generations of artists. She also explores the concept of enchantment and mounts a passionate defense of it."—John Dorfman, Art & Antiques

"A superb achievement. . . . [and] the best treatment of the artist’s career, milieu, and work to date."—Massimo Introvigne, Novo Religio

"Marci Kwon's major new study of Joseph Cornell is a strikingly erudite work of critical sympathy. Enchantments looks outward, placing Cornell's allusive oeuvre among the artist’s large and dynamic circle of interlocutors. But it also provides a new valuation of individual experience, and reveals Cornell as a kind of Benjaminian collector, one who arrays the detritus of culture against the catastrophes of the twentieth century."—Jeremy Braddock, author of Collecting as Modernist Practice

"Neither quite insider nor outsider, Cornell occupied a liminal position in the overlapping spheres of contemporary art, experimental film, vanguard poetry, dance, and ballet in relation to which his work is best approached, Marci Kwon argues in this fascinating and illuminating study. Incisive and fine-grained, her analyses of individual artworks, key exhibitions, and formative personal relationships reveal the galvanizing role played by fantasy, dream, imagination—'white magic'—at the core of Cornell's aesthetic. But Kwon's ambitious book goes beyond the confines of a revisionist monograph: she not only imbricates Cornell's preoccupation with enchantment with correlates in midcentury American art, she situates his practice theoretically, with respect to modernism's dominant rationalist, materialist discourse by examining the lineaments and genealogy of this peripheral counterforce. In a deft if unexpected turn, her compelling, scholarly narrative ends by tracking the transformation of that aesthetic undercurrent into what, by the late fifties, had become a groundswell. Enchantment in its many guises was now key to the work of the emergent generation, as she demonstrates."—Lynne Cooke, author of Outliers and American Vanguard Art

"Exciting, sophisticated, and very well researched. Kwon’s rich account of Cornell's work carefully tracks his involvements in myth and transcendence and compares his art revealingly to that of his contemporaries. It helps us to see sides of modernism that recent scholarship has suppressed."—Joshua Shannon, author of The Recording Machine: Art and Fact during the Cold War

"In this beautifully written and inarguably important book, Marci Kwon dispels the view of Joseph Cornell as pursuing a hermetic practice in isolation from contemporaneous artistic and cultural trends and concerns. Enchantments is a significant contribution to Cornell studies and the history of modern art more broadly."—Rachael Z. DeLue, author of Arthur Dove: Always Connect