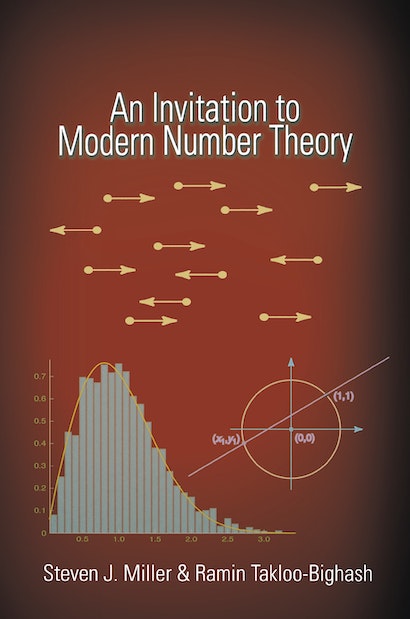 In a manner accessible to beginning undergraduates, An Invitation to Modern Number Theory introduces many of the central problems, conjectures, results, and techniques of the field, such as the Riemann Hypothesis, Roth’s Theorem, the Circle Method, and Random Matrix Theory. Showing how experiments are used to test conjectures and prove theorems, the book allows students to do original work on such problems, often using little more than calculus (though there are numerous remarks for those with deeper backgrounds). It shows students what number theory theorems are used for and what led to them and suggests problems for further research.


Steven Miller and Ramin Takloo-Bighash introduce the problems and the computational skills required to numerically investigate them, providing background material (from probability to statistics to Fourier analysis) whenever necessary. They guide students through a variety of problems, ranging from basic number theory, cryptography, and Goldbach’s Problem, to the algebraic structures of numbers and continued fractions, showing connections between these subjects and encouraging students to study them further. In addition, this is the first undergraduate book to explore Random Matrix Theory, which has recently become a powerful tool for predicting answers in number theory.


Providing exercises, references to the background literature, and Web links to previous student research projects, An Invitation to Modern Number Theory can be used to teach a research seminar or a lecture class. 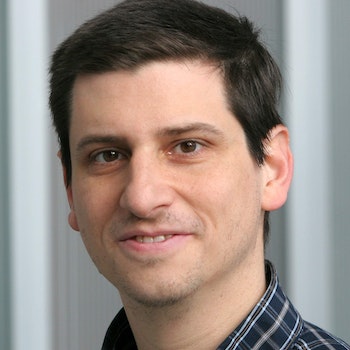 "This is a great book. . . . [I]t is a fine book for talented and mathematically mature undergraduates, for graduate students, and for anyone looking for information on modern number theory."—Henry Ricardo, MAA Reviews

"This is the first text to present Random Matrix Theory and the Circle Method for German primes. This well-written book supplements classic texts by showing connections between seemingly diverse topics, by making the subject accessible to beginning students and by whetting their appetite for continuing in mathematics"—Mathematical Reviews

"I would highly recommend this book to anybody interested in number theory, from an undergraduate student to an established expert, since everybody will be able to find in this book lots of new interesting material, tempting problems, and interesting computational challenges. It could also be used as a textbook for a graduate course in number theory. To promote and stimulate independent research, it contains many very interesting exercises and even suggestions for research projects."—Igor Shparlinski, SIAM Review

"The book provides a much-needed introduction to modern number theory that emphasizes analytic number theory. It should serve remarkably well as an advanced undergraduate textbook and its latter parts would be suitable for a beginning graduate course. Some of the material covered, such as the circle method and random matrix theory, is not readily available elsewhere in book form. These topics provide terrific examples of areas in number theory of great current interest that can be penetrated by students. I would seriously consider using this book in my own classes and recommend it with enthusiasm for highly motivated students."—William Duke, University of California, Los Angeles

"Having this selection of material available in essentially self-contained form is fantastic. Reading the book (or taking a class based on it) might easily decide the future endeavors of many a neophyte mathematician. I have yet to discover a clearer exposition of the works of the circle method. The inclusion of exercises and, especially, of problems for further research and theoretical or numerical exploration is extremely valuable. I would dare to compare the book to Hardy and Wright's classic An Introduction to the Theory of Numbers in that Miller and Takloo-Bighash expose readers to the lively work of number theory, to its proofs, ideas, and methods, assuming only a very modest background."—Eduardo Dueñez, University of Texas, San Antonio