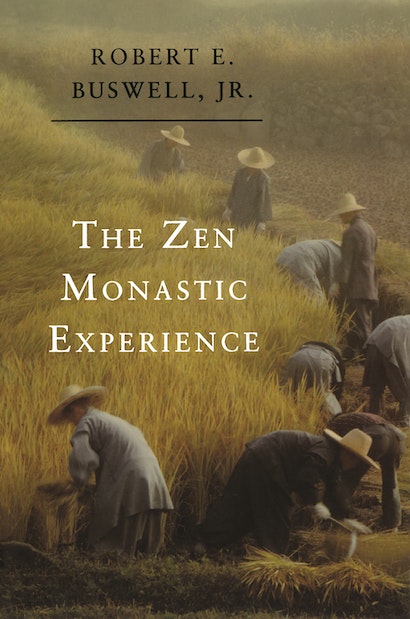 Robert Buswell, a Buddhist scholar who spent five years as a Zen monk in Korea, draws on personal experience in this insightful account of day-to-day Zen monastic practice. In discussing the activities of the postulants, the meditation monks, the teachers and administrators, and the support monks of the monastery of Songgwang-sa, Buswell reveals a religious tradition that differs radically from the stereotype prevalent in the West. The author’s treatment lucidly relates contemporary Zen practice to the historical development of the tradition and to Korean history more generally, and his portrayal of the life of modern Zen monks in Korea provides an innovative and provocative look at Zen from the inside.

Robert E. Buswell, Jr., is Professor of East Asian Languages and Cultures and Director of the Center for Korean Studies at the University of California, Los Angeles. Among his other works is The Formation of Ch'an Ideology in China and Korea (Princeton).

"A myth-shattering foray behind the walls of a Korean Zen Buddhist monastery.... Less the sound of one hand clapping than of hands, mind and heart working together to lead a sanctified life—and, as such, a sound corrective to Western misunderstandings about Zen."—Kirkus Reviews

"[This book] is ... forged from [Buswell's] own experience and practice.... He enlivens his study with a detailed personal account of his daily life at Songgwang-sa, one of Korea's main monasteries, and with wry humor.... This book should be read by anyone interested in the daily life of Zen training."—Martine Batchelor, Tricycle: The Buddhist Review