A remarkable exploration of naturalized parrots, among the most widely distributed birds in the world 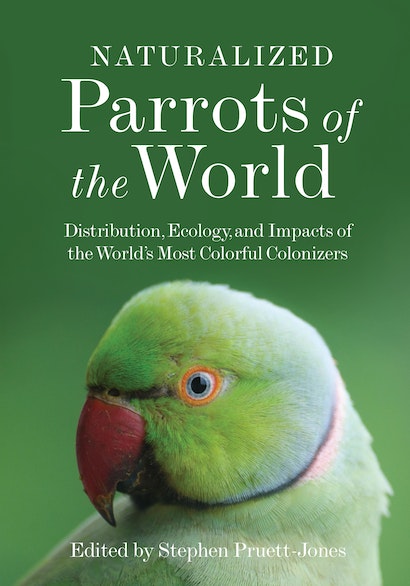 There are more than 350 species of parrots in the world, and approximately 300 of these species have been transported to other countries through the caged pet trade. Whether through escaped captivity or purposeful release, many of these parrots are now breeding in new habitats. Indeed, no less than 75 species of parrots have established breeding populations in countries where they were introduced, and parrots are now among the most widely distributed group of birds. Naturalized Parrots of the World is the first book to examine this specific avian population.

Bringing together the work of leading researchers in one convenient volume, this book explores the biology of naturalized parrots and their interactions with native ecosystems. Experts discuss the global distribution of parrots, their genetics, conservation implications, and human responses to these birds. They also consider debates surrounding management issues and the lack of consensus around nonnative species in the wild. Later chapters feature case studies of the two most successful species—the Rose-ringed Parakeet and Monk Parakeet—as well as studies of the introduced parrot species located in specific countries and regions, including the United States, United Kingdom, Spain, Portugal, northern Europe, South Africa, and Australia.

Stephen Pruett-Jones is associate professor of ecology and evolution at the University of Chicago. He has spent forty-five years studying the biology and behavior of birds in North America, Australia, and Papua New Guinea.

"A remarkably informative, thoroughly researched and well-produced book outlining the current situation with regard to naturalised parrot species around the world. It also proposes many thought-provoking comments for the future of these remarkable birds, both in their natural and adopted environments. Any person interested in the subject, and in parrot development, resilience and adaptability in general, should have a copy of this book on their shelves."—Alan Jones, Parrot Society UK Magazine

"This readable yet scholarly compendium — the first like it ever published — collects and reviews the latest evidence and scientific knowledge about the distribution, genetics, ecology and behaviors of naturalized parrots, making it a must-read for everyone with an interest in parrots and conservation . . . . For anyone who wishes to develop a more nuanced and complete understanding of parrots and how they adapt to and interact with people."—Devorah Bennu, Forbes

"While [the book] summarises many studies and scientific papers it is neither turgid and impenetrable nor dry and dusty. The prose is bright, informative and accurate without using jargon or esoteric language. It’s definitely an addition to the ornithological cannon while also of interest to us amateur birders."—Bo Beolens, Fat Birder

"Naturalized Parrots of the World interested me from beginning to end. Delving into genetics, ecology, conservation impacts, human dimensions, research opportunities, and even control methods for species in their native and invasive ranges, this book will attract a wide readership.”—Scott K. Robinson, coauthor of Conservation of Tropical Birds

"This is a good and well-focused book of introduced parrots worldwide."—Stuart Marsden, Manchester Metropolitan University