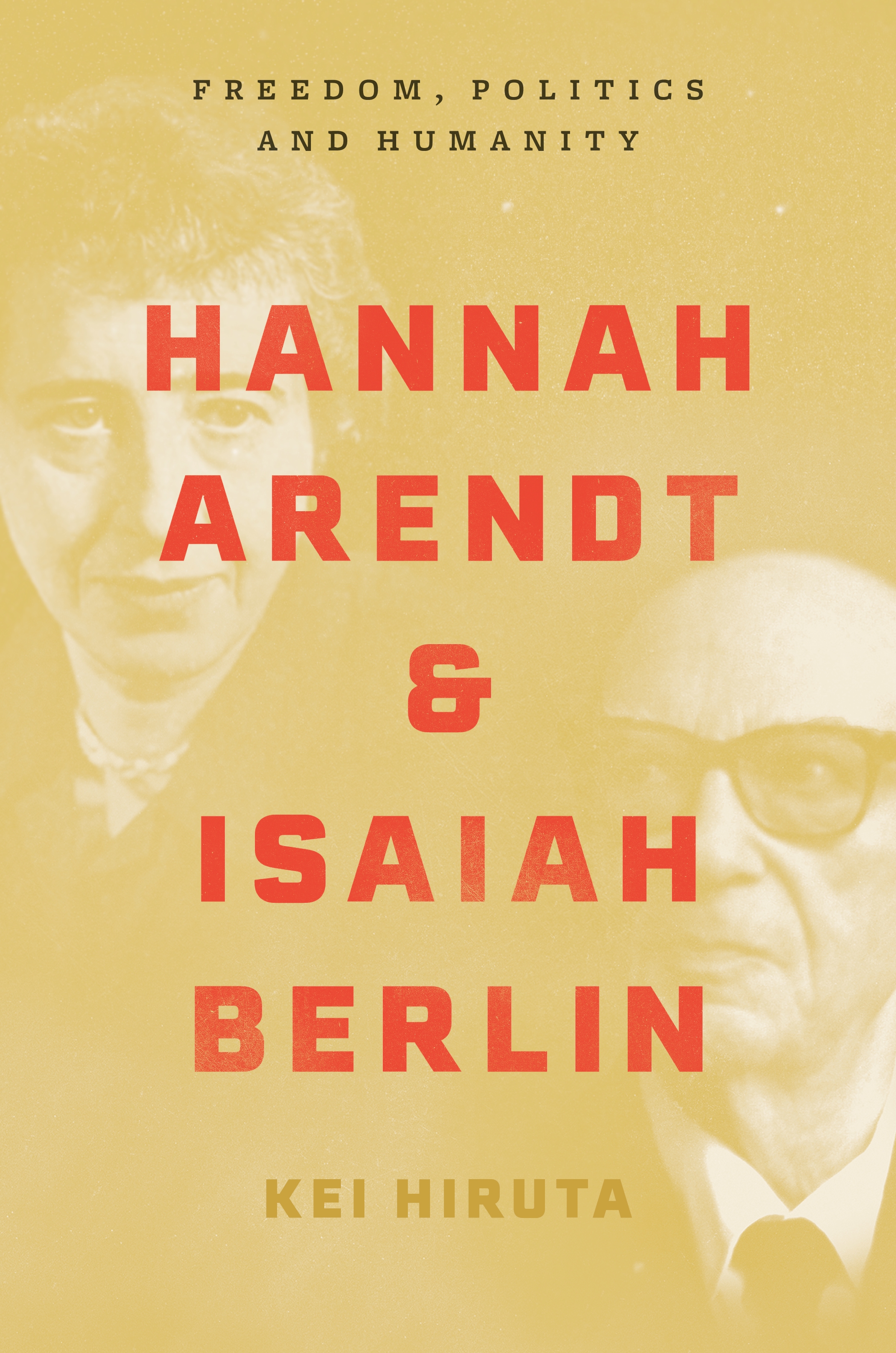 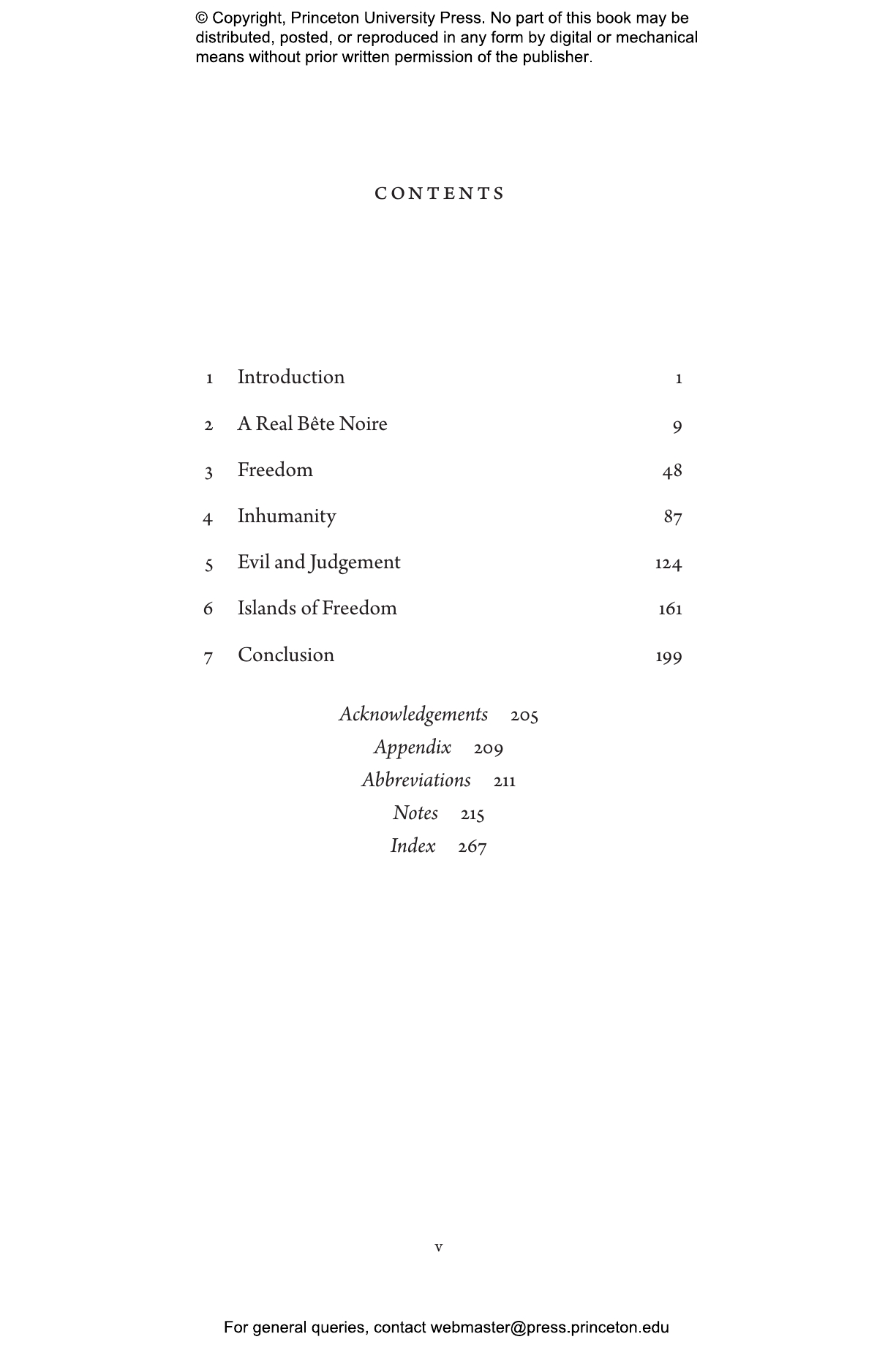 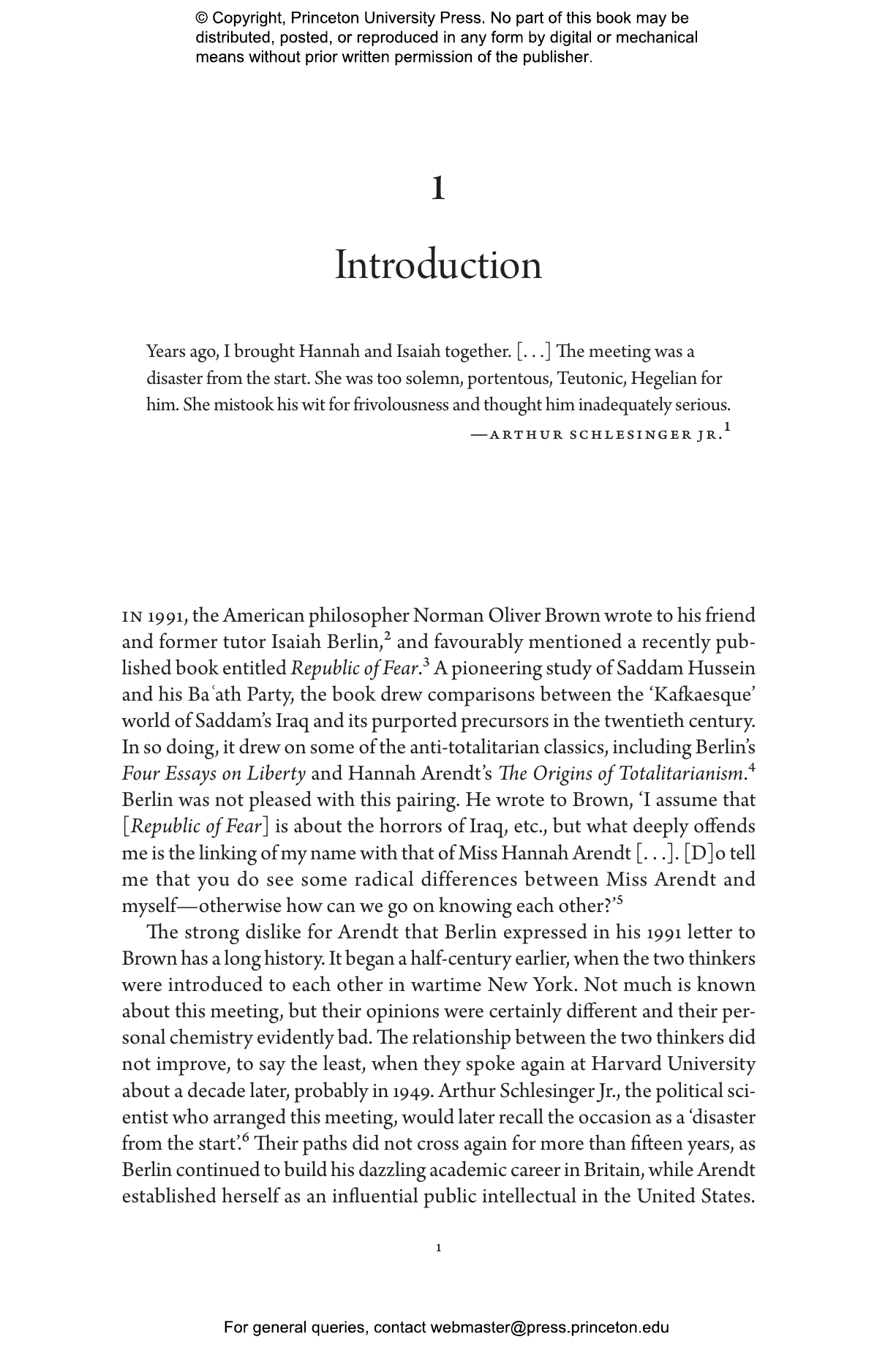 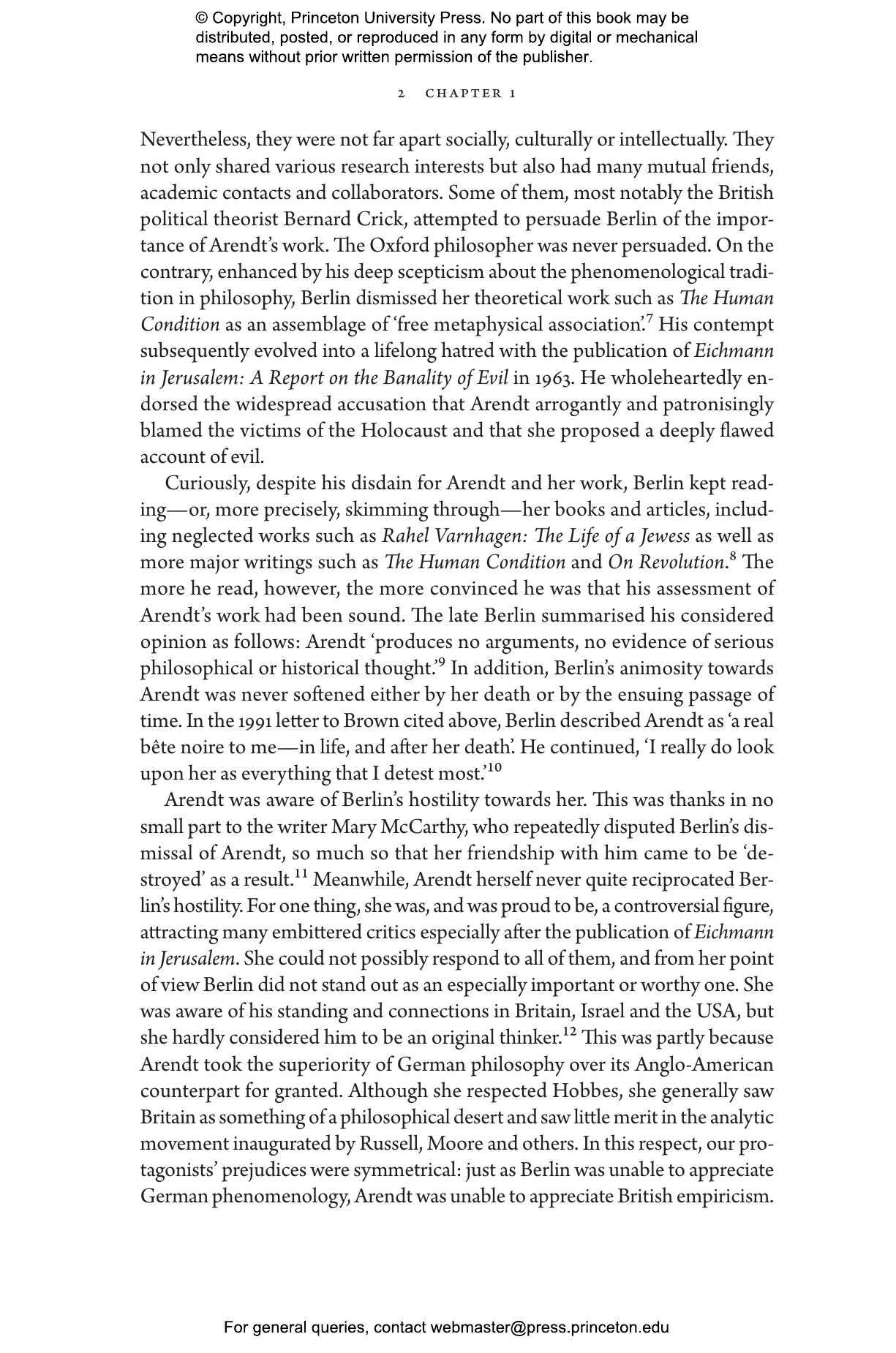 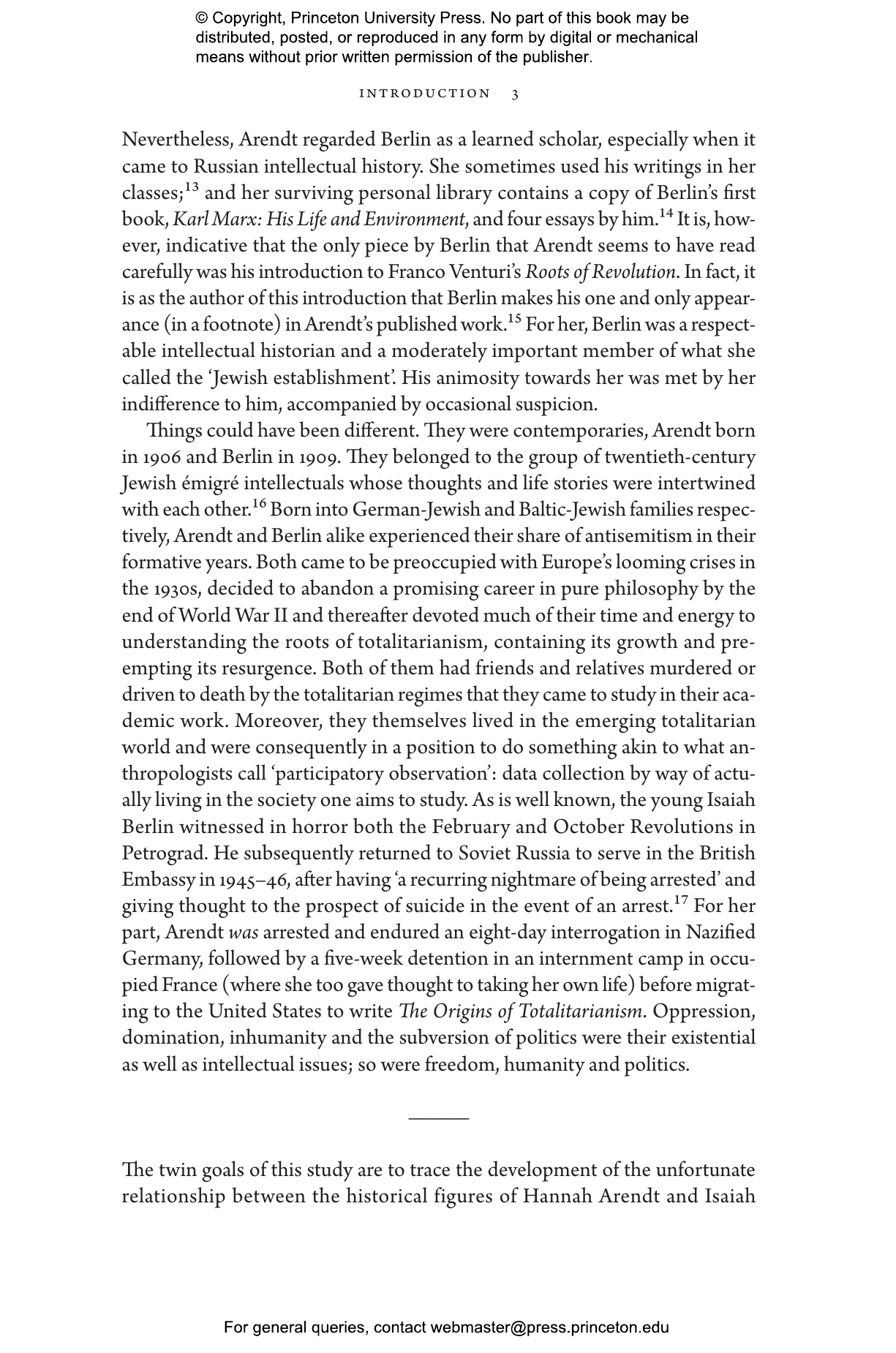 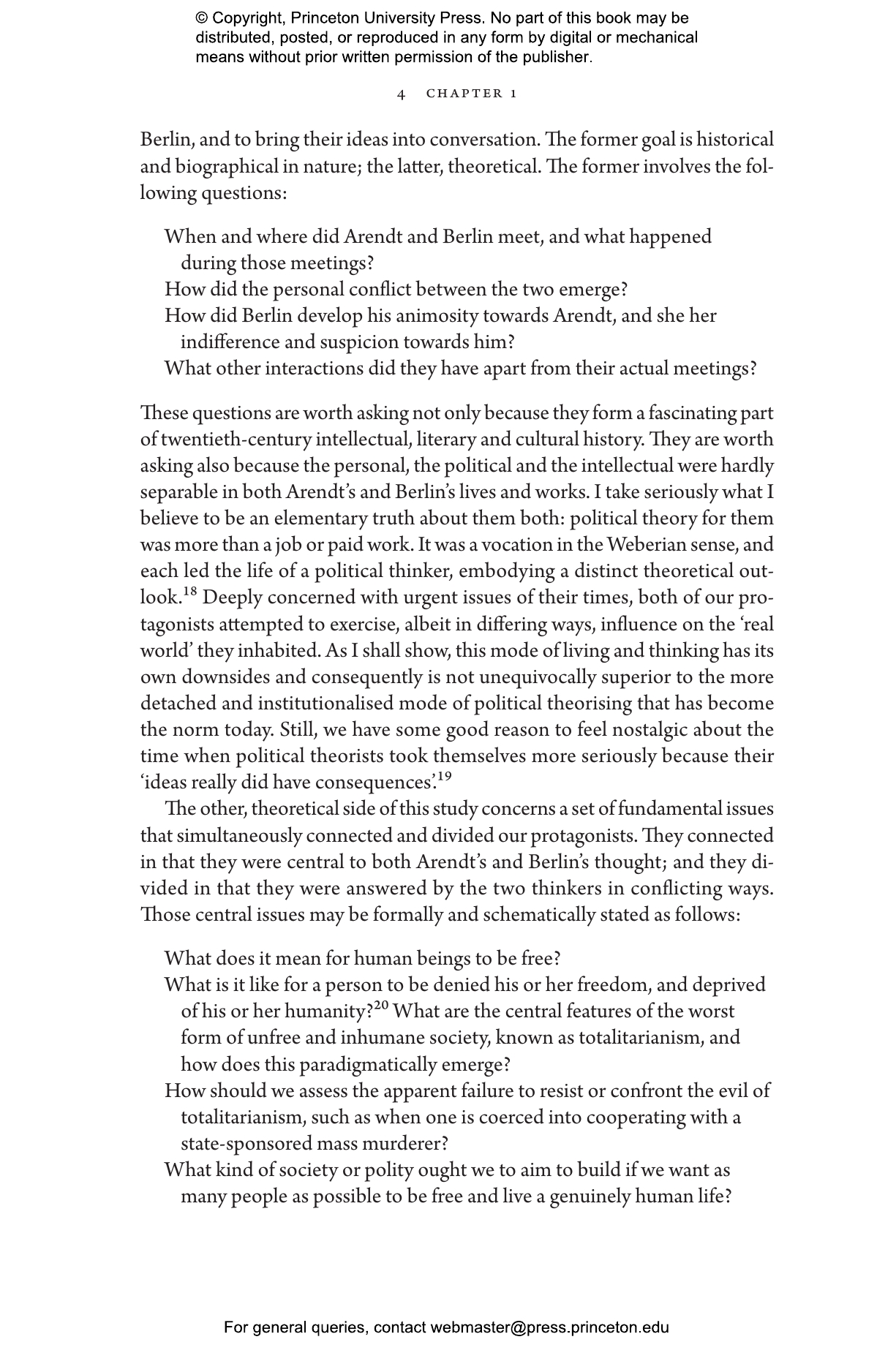 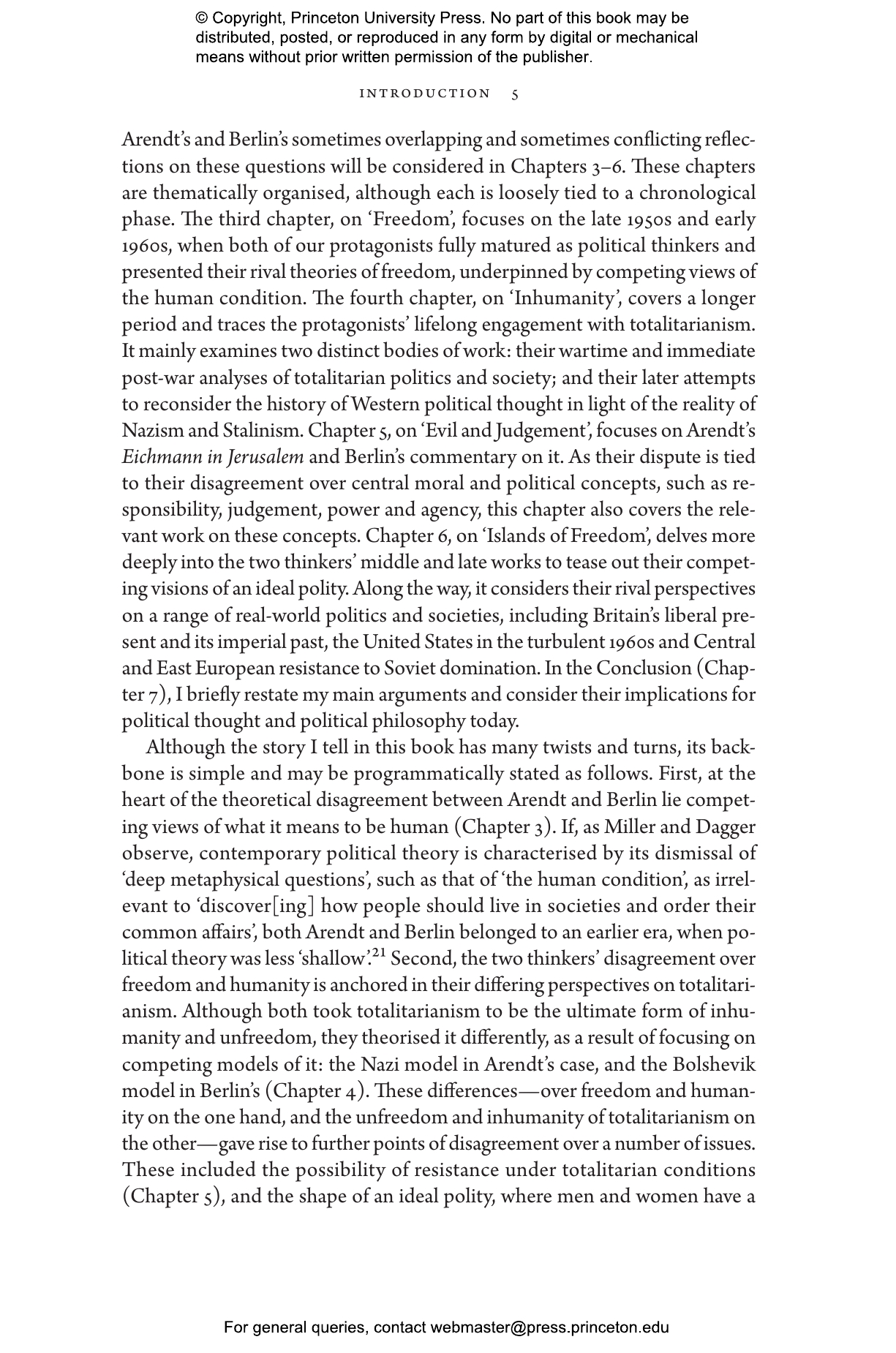 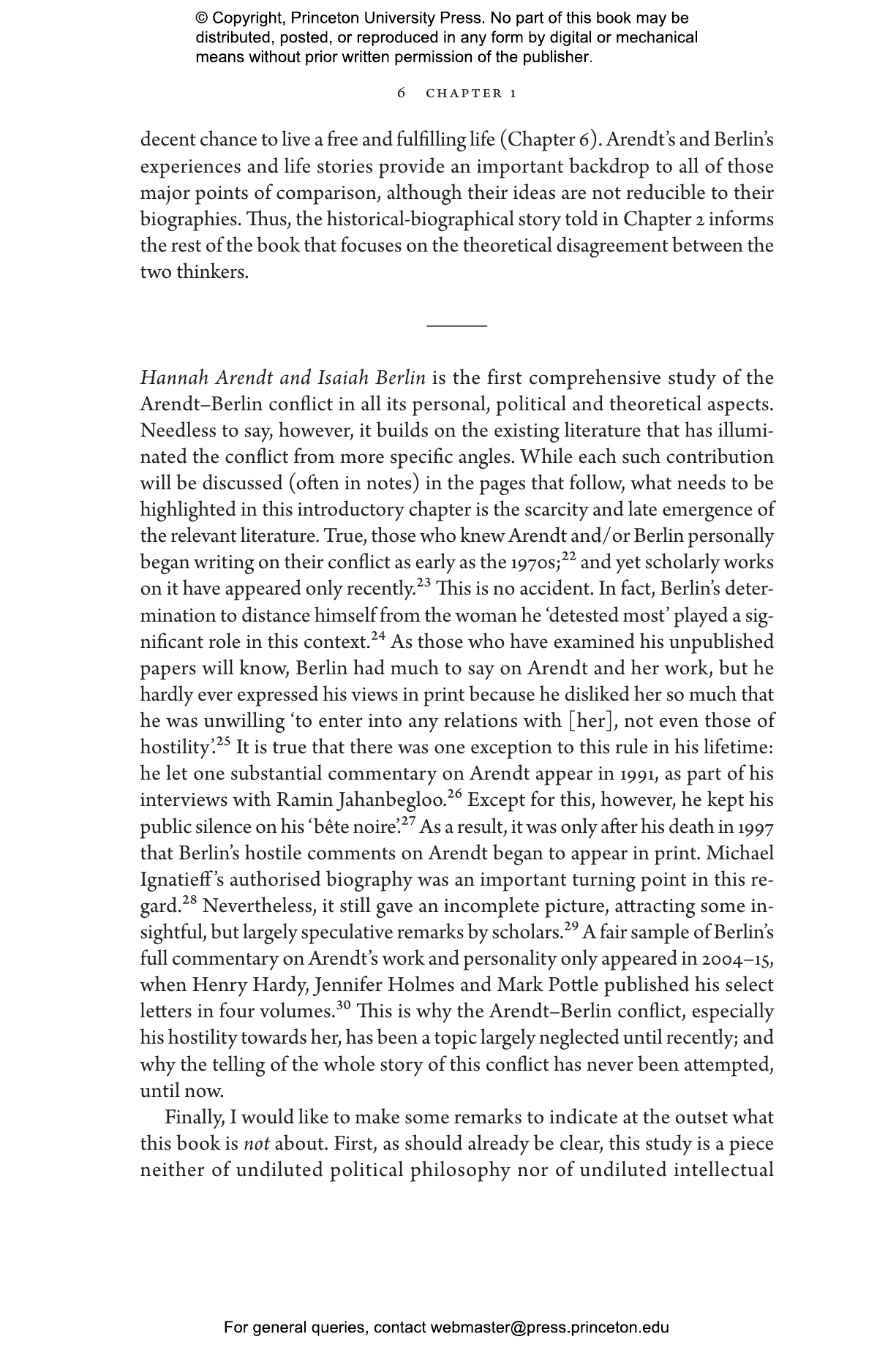 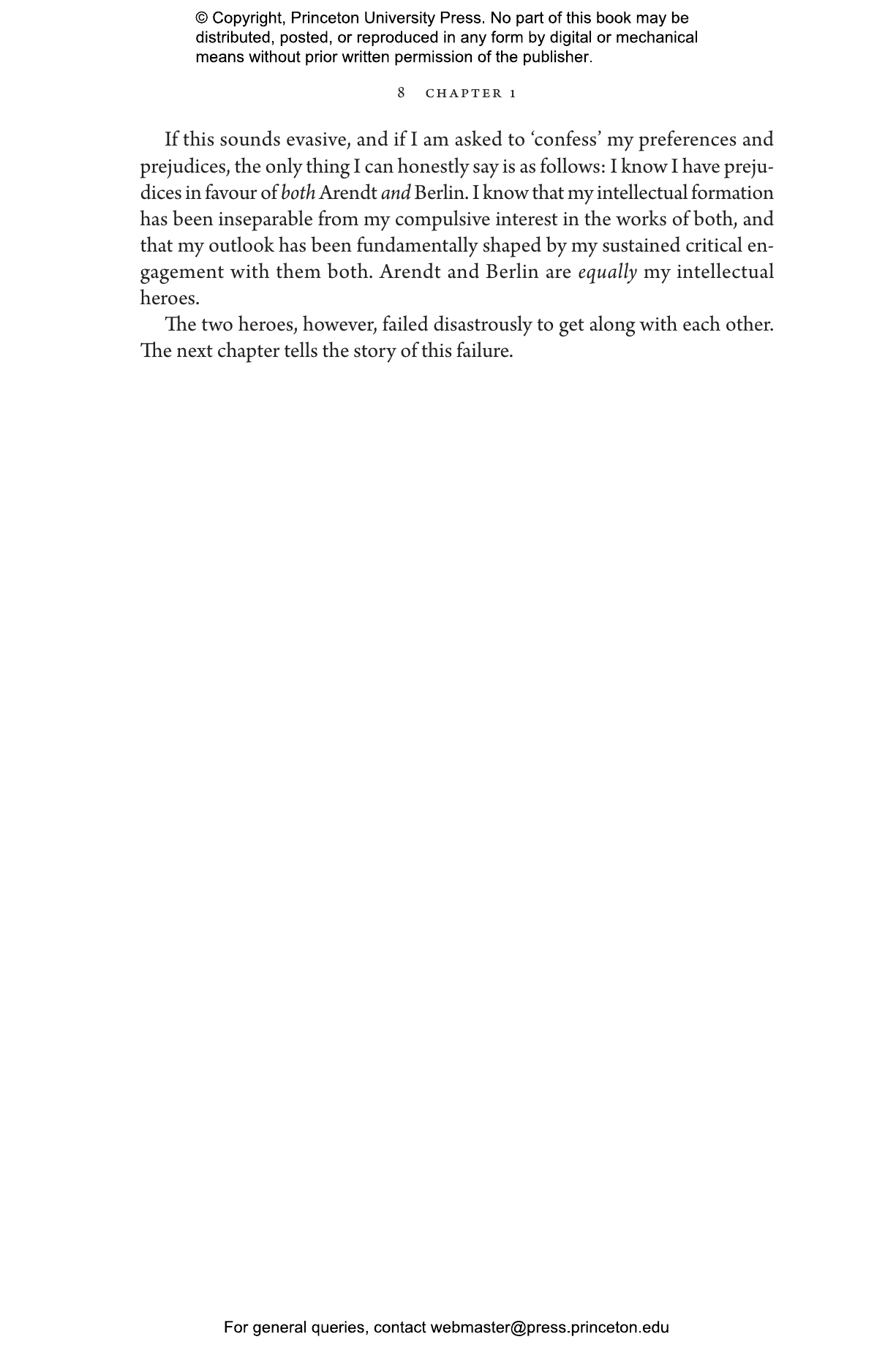 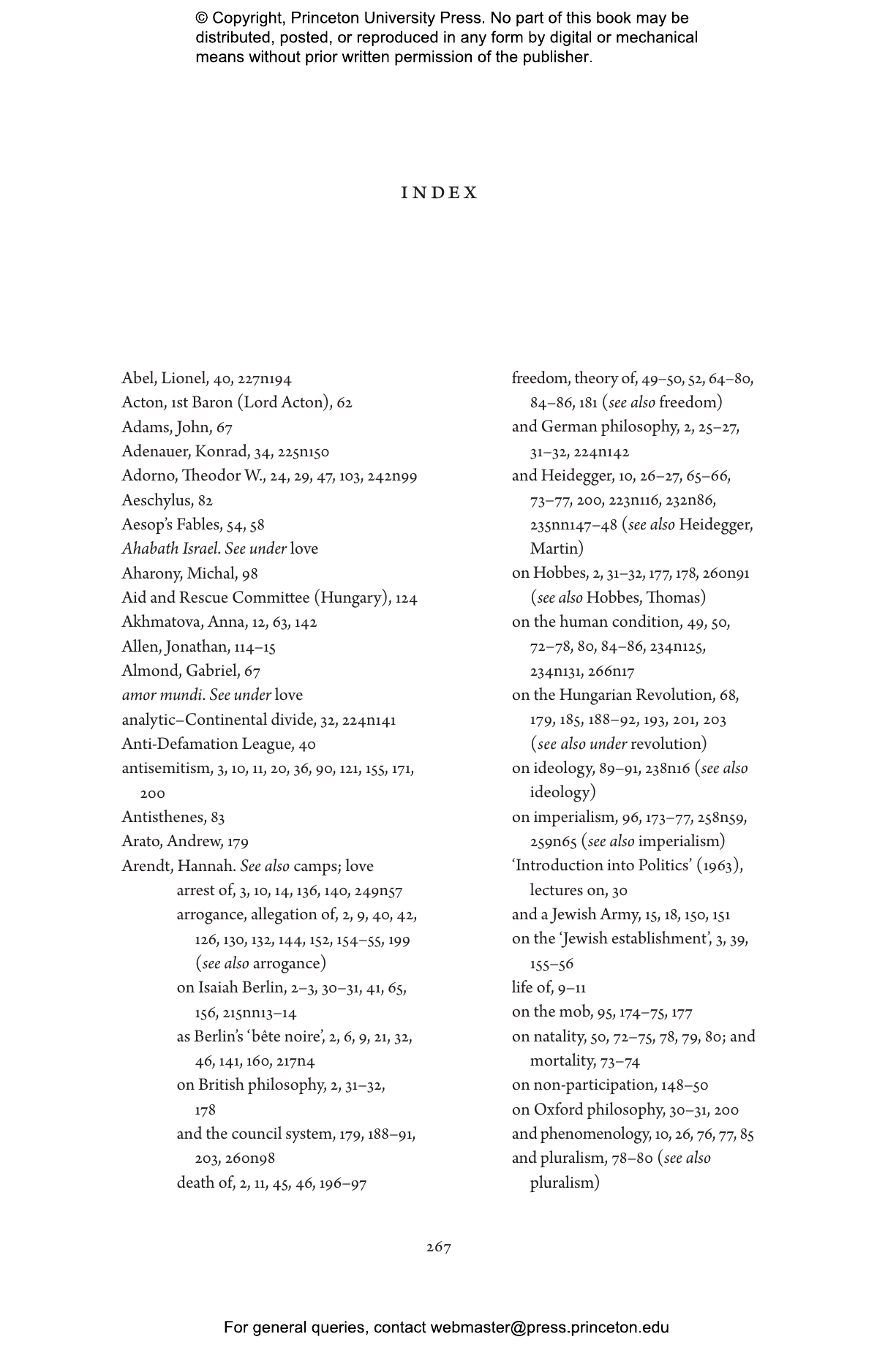 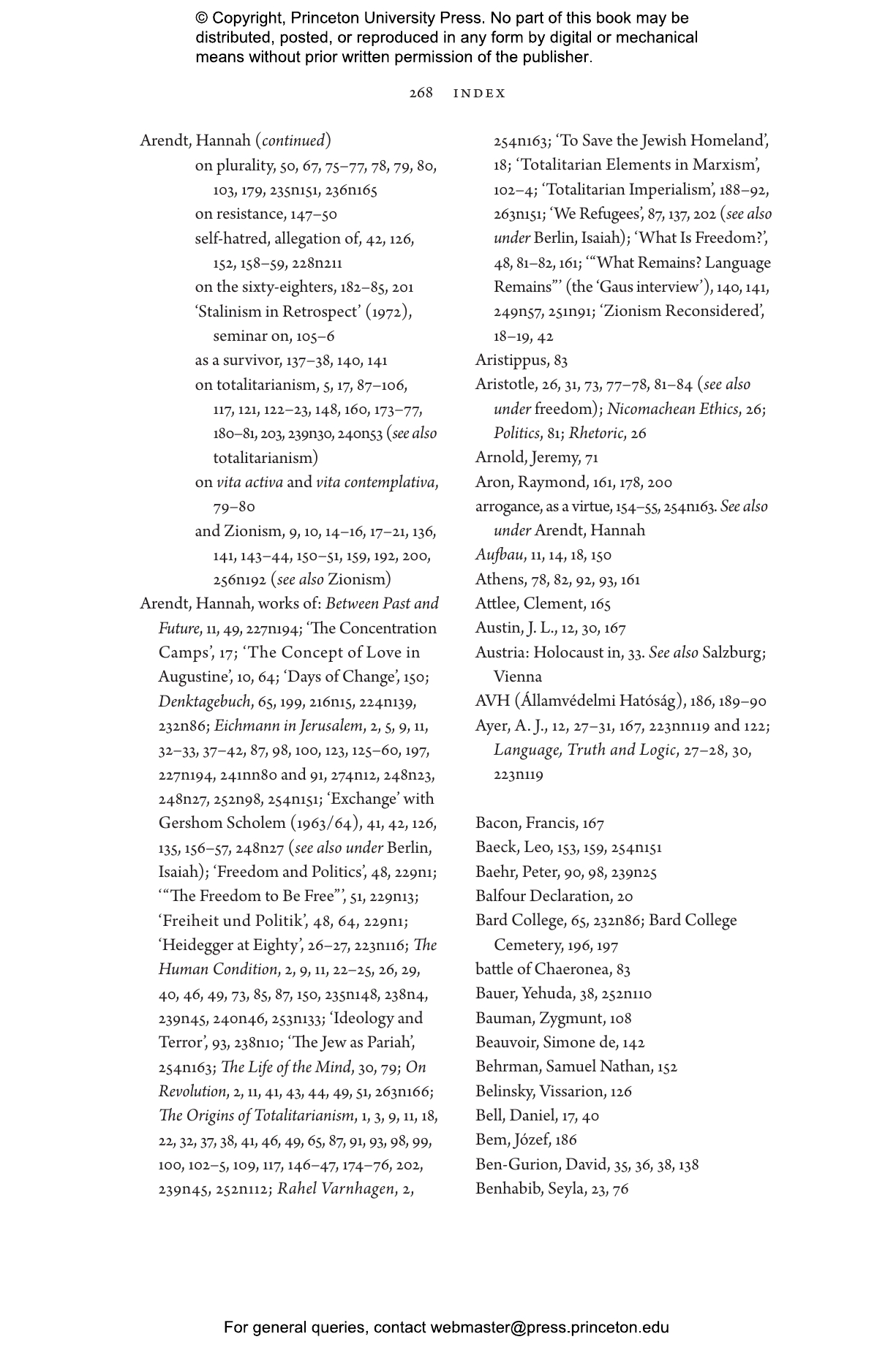 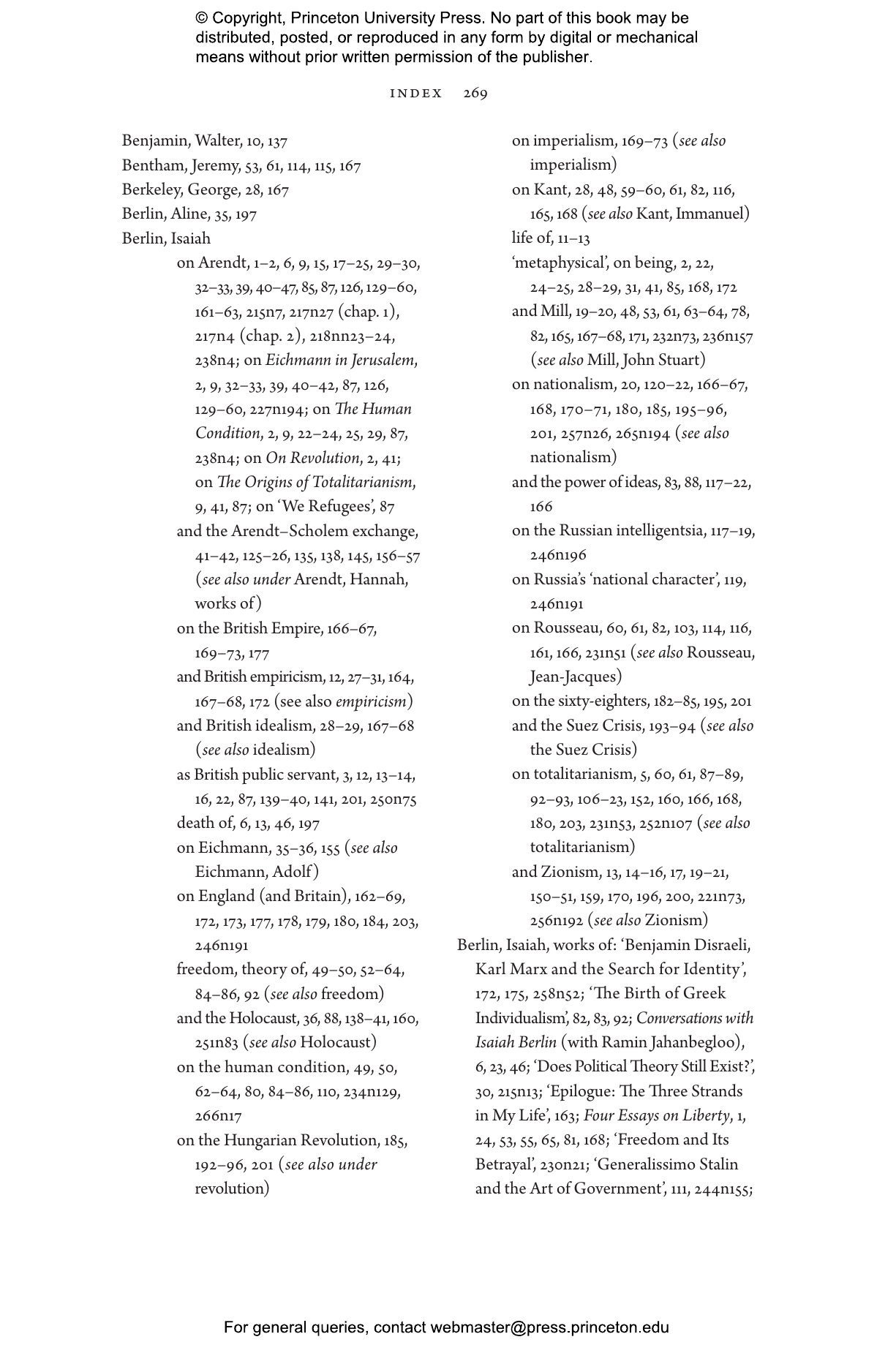 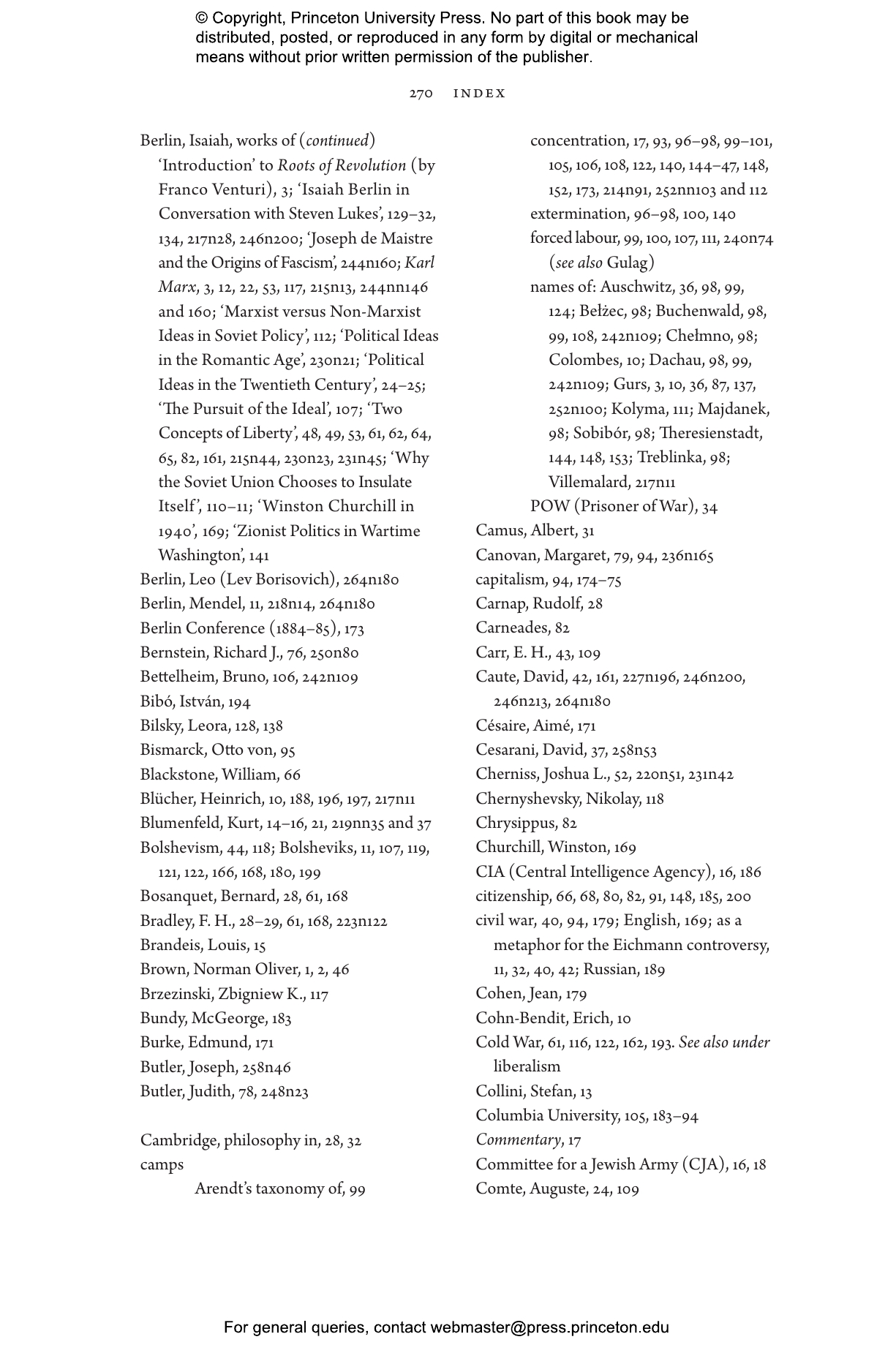 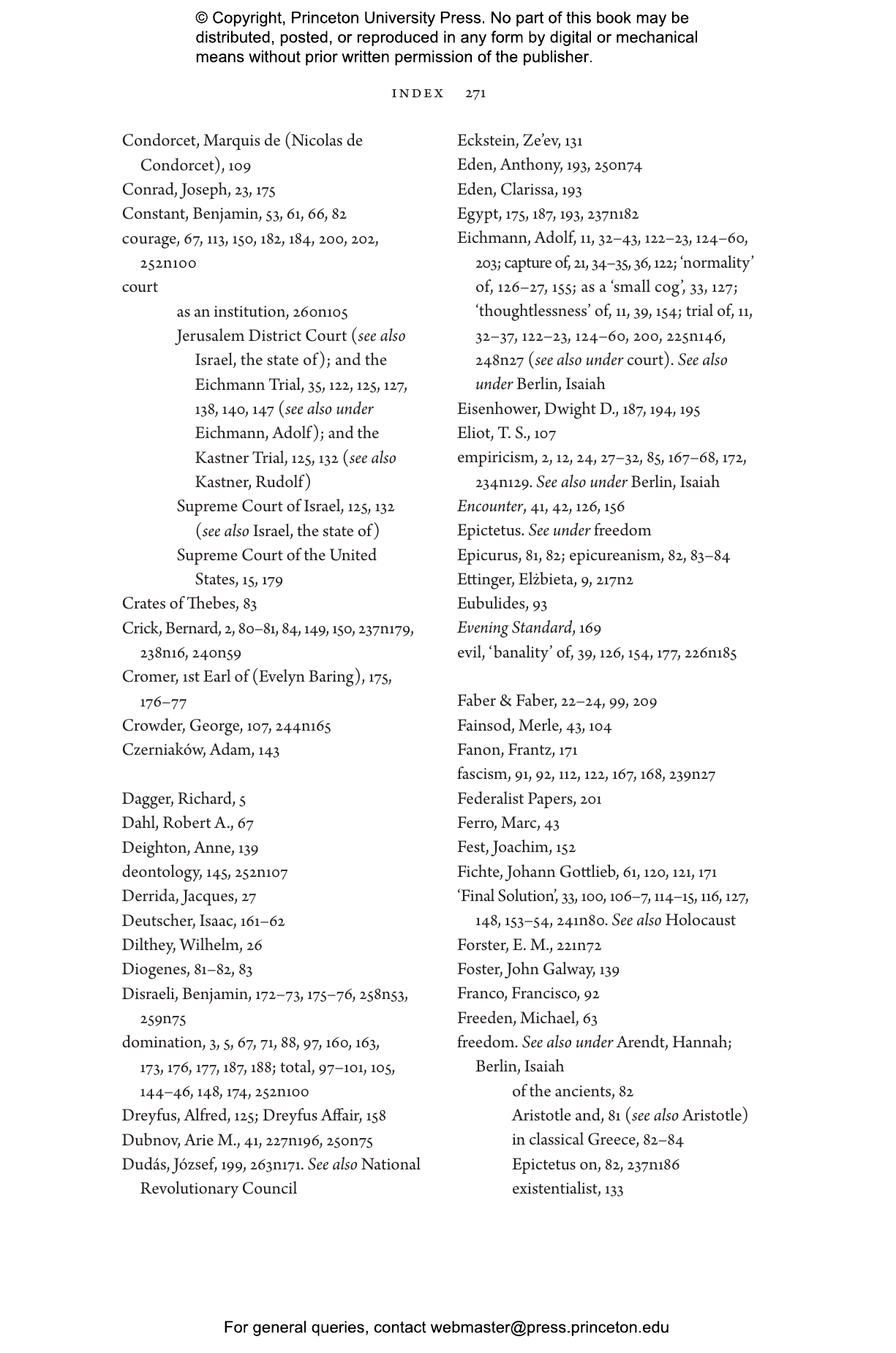 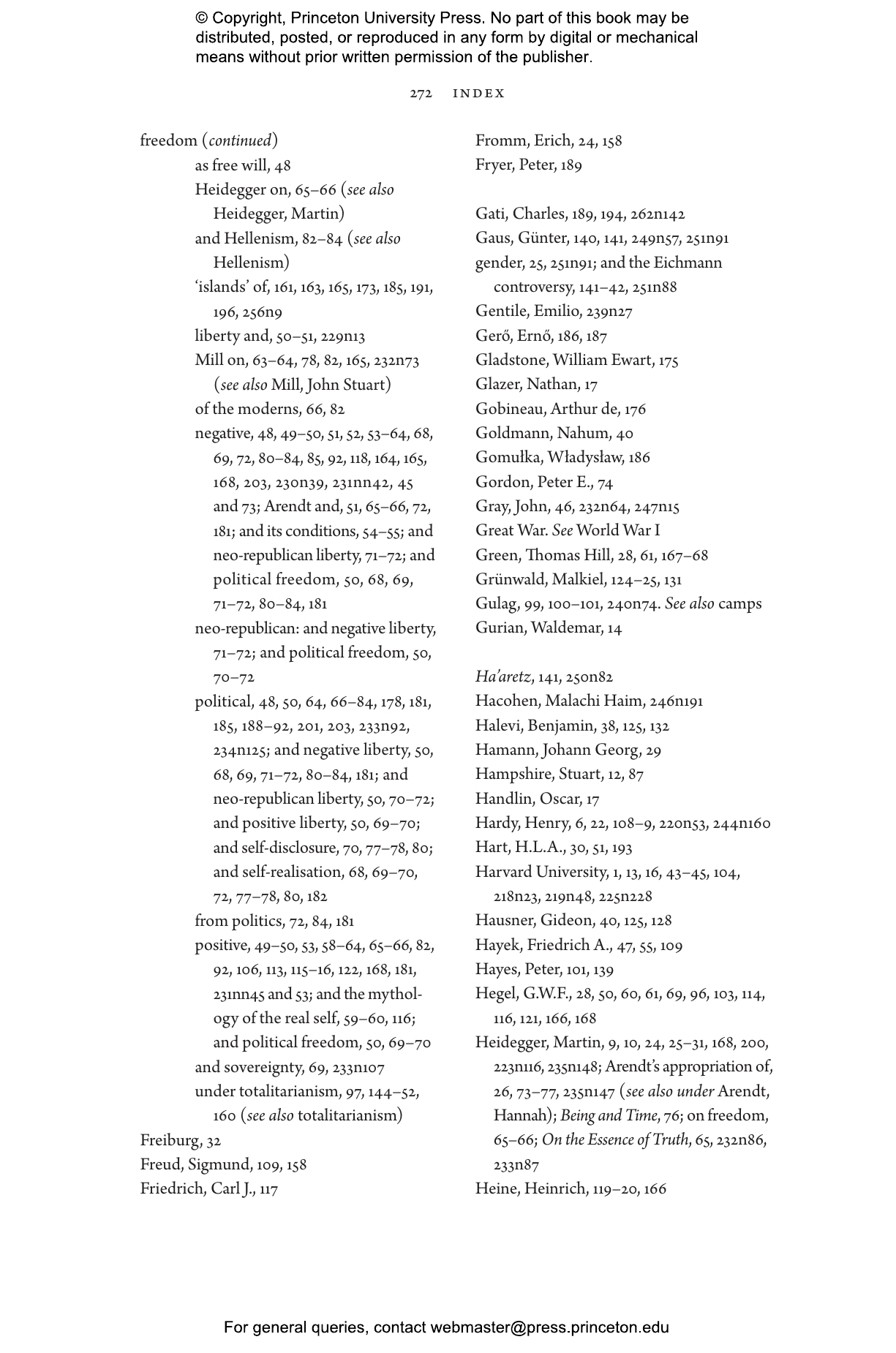 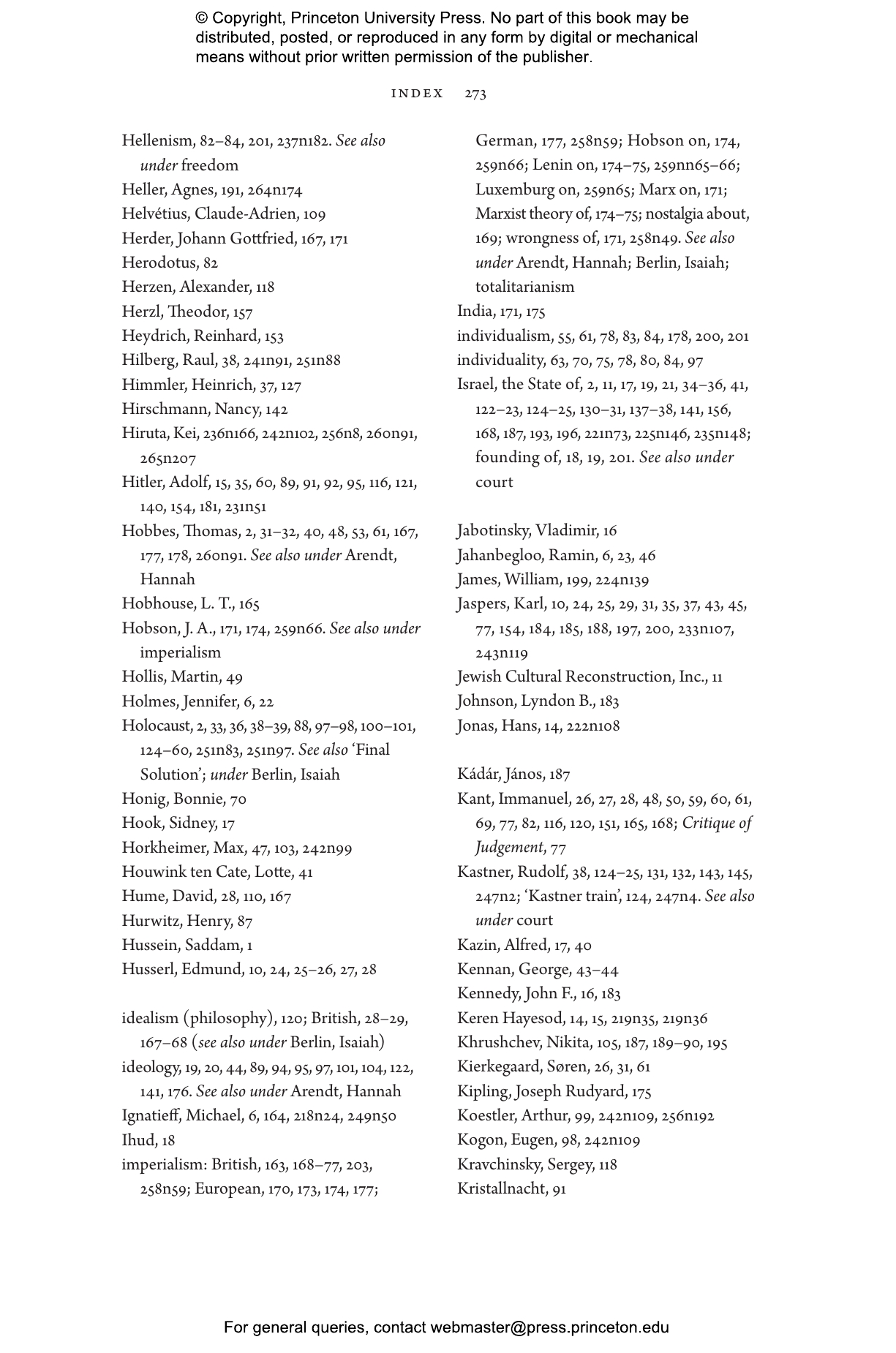 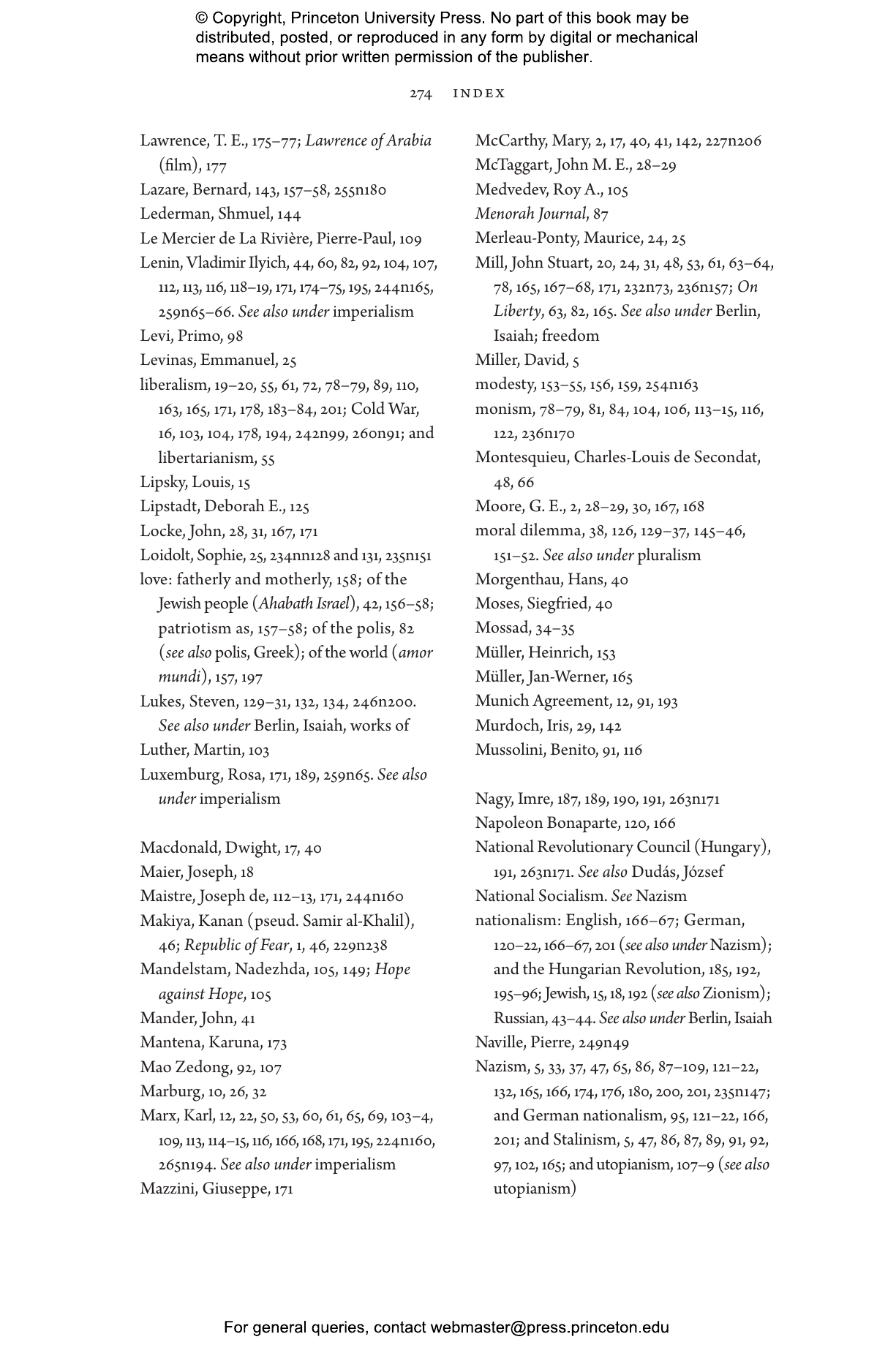 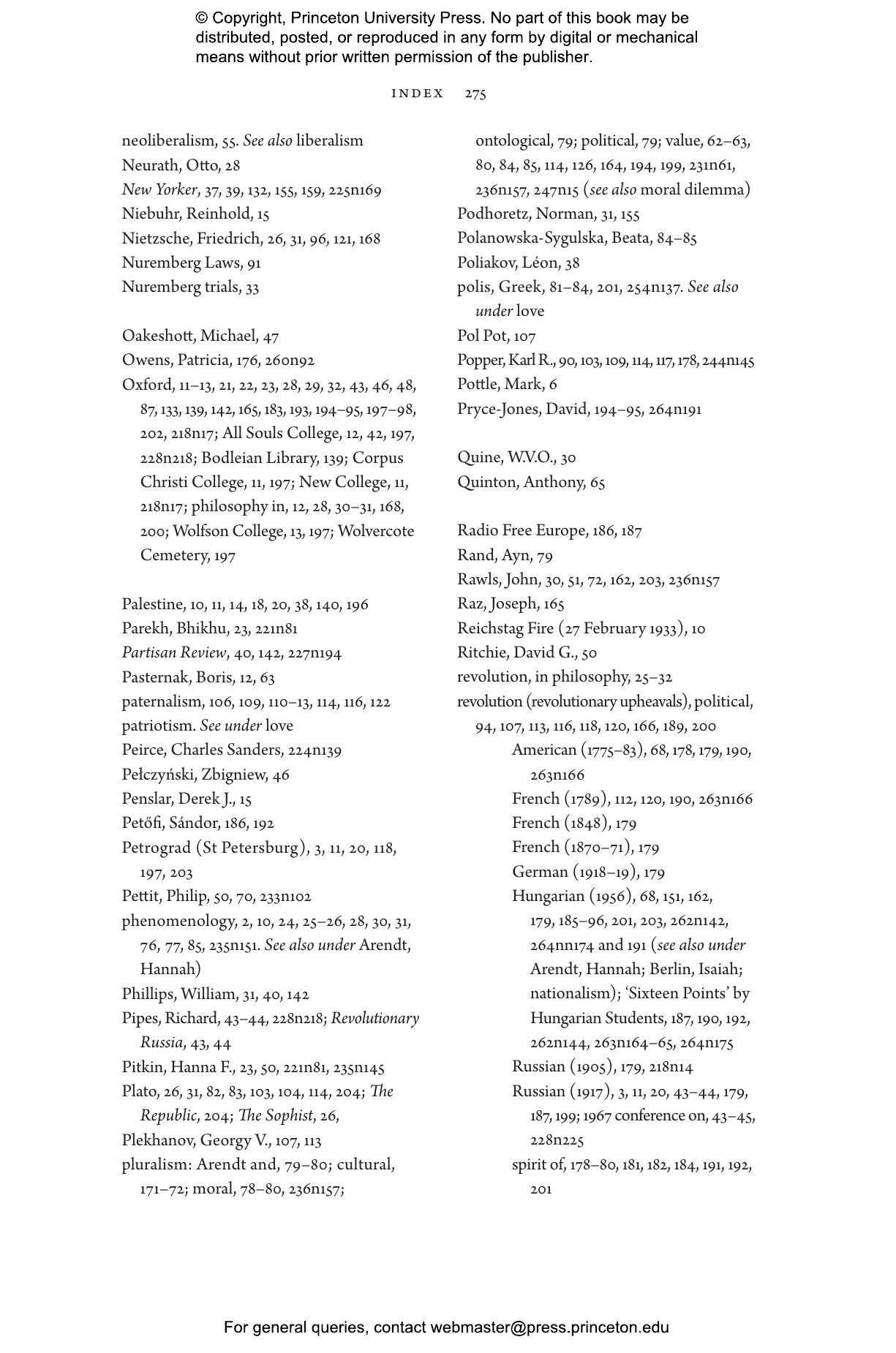 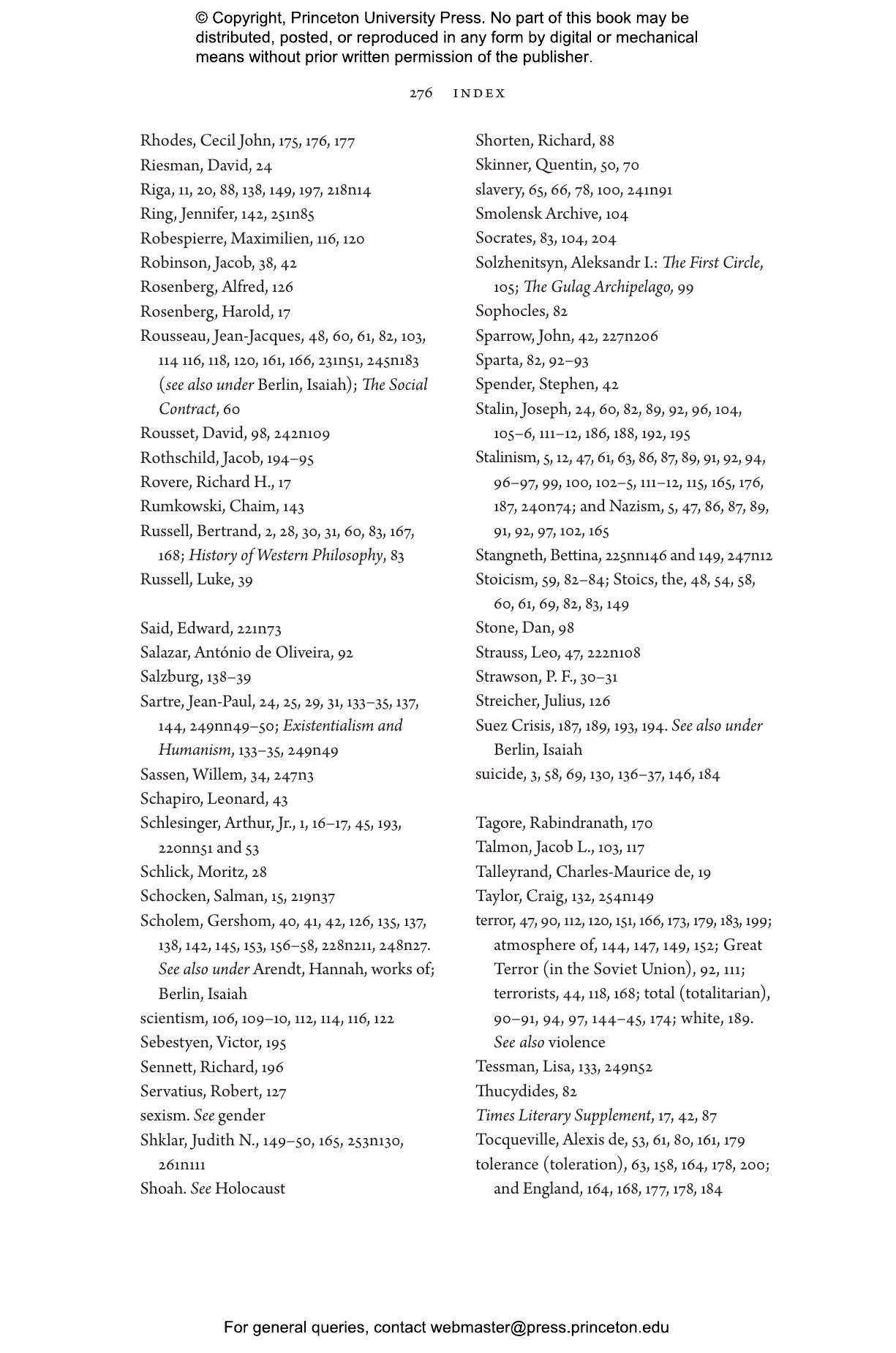 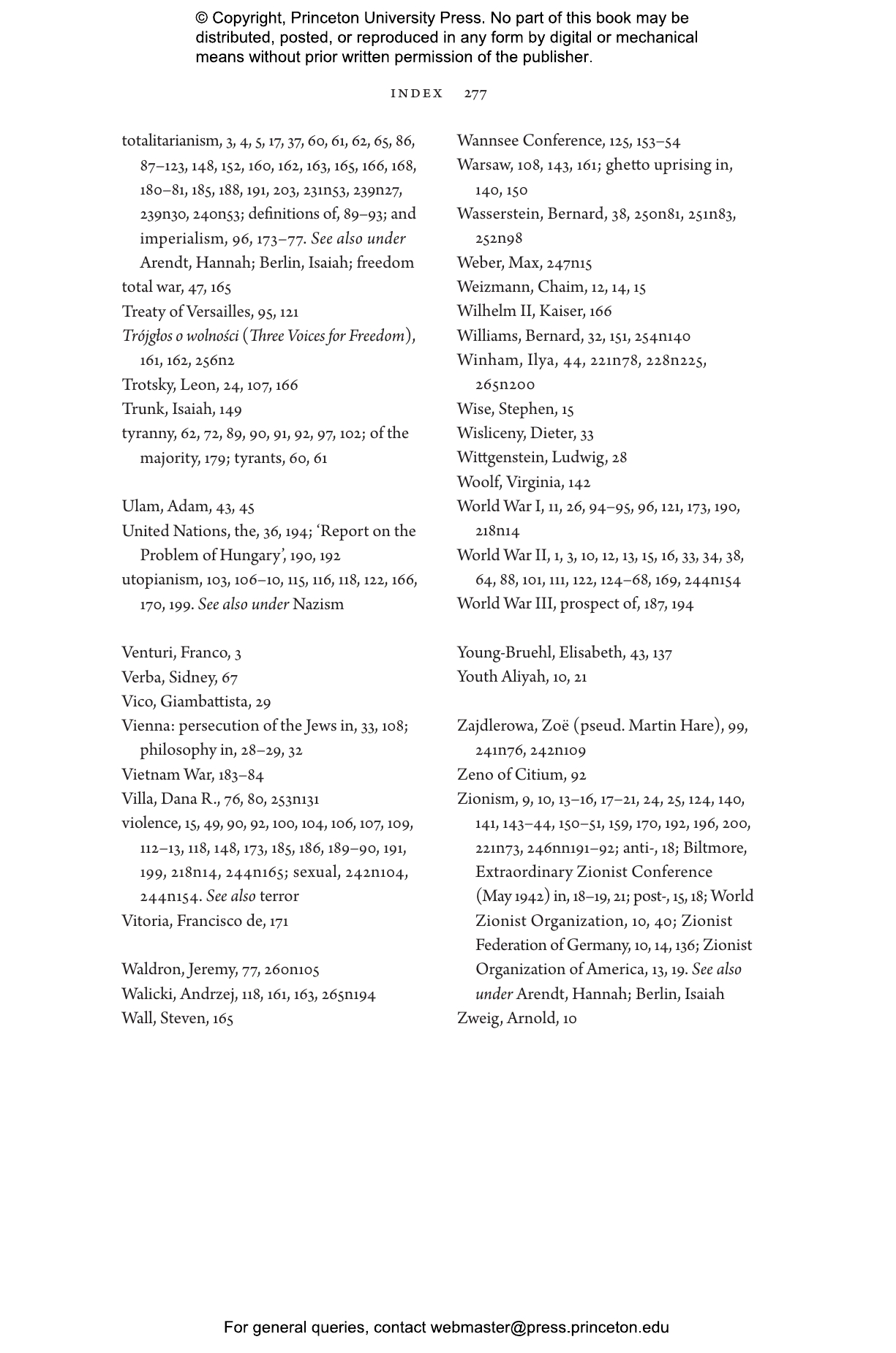 For the first time, the full story of the conflict between two of the twentieth century’s most important thinkers—and how their profound disagreements continue to offer important lessons for political theory and philosophy 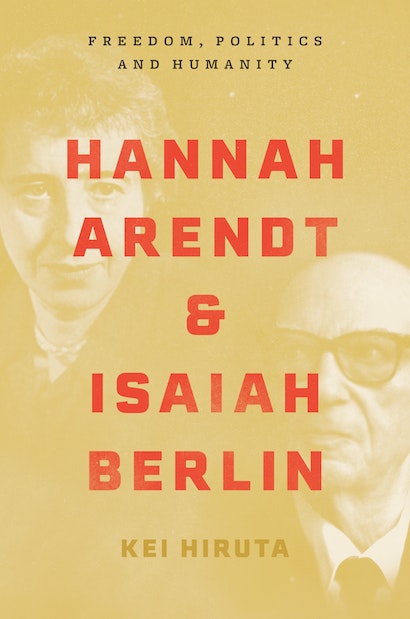 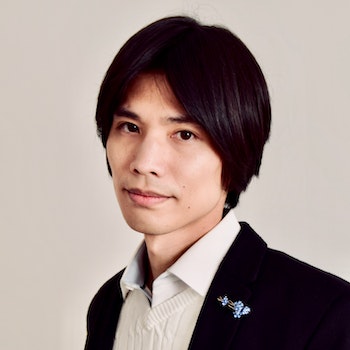 "[A] path-breaking study. . . . The hitherto unexplored relationship between these two giants is fascinating not just for its simmering acrimony but because, as a pair, they are as much alike as they are antipodes."—Norman Lebrecht, Wall Street Journal

"An impeccably researched work, providing lucid explanation of the political thought of both Arendt and Berlin, and successfully brings the arguments of both (and their flaws) into sharp relief."—Caroline Ashcroft, Perspectives on Politics

"The tone of the book is thoughtful and equable; the writing is admirably clear; and Hiruta certainly provides a fair and detailed chronology of the Arendt/Berlin encounters and of Berlin’s various expressions of hostility."—Jeremy Waldron, Society

“Kei Hiruta has written a balanced and incisive portrait of two seminal thinkers—both Jewish, both fierce opponents of totalitarianism—who ought to have admired each other, but who were divided by an enmity that lays bare fault lines in twentieth-century thought, between German and Anglo-American philosophy and between the progressive and liberal traditions.”—Michael Ignatieff, president of Central European University

“Kei Hiruta has achieved something very special in this superb book. Combining intellectual history and political theory to reconstitute the encounter of Hannah Arendt and Isaiah Berlin, he has situated the abstract and general claims about humanity, freedom and totalitarianism that his protagonists made in the painful story of their own failed interaction. Brilliantly composed and documented, the results are a gift across fields of inquiry.”—Samuel Moyn, Yale University

“Balanced and judicious, this is the first book devoted to unearthing the details of the encounter between Arendt and Berlin, and it clarifies the historical mystery surrounding Berlin’s intense dislike of Arendt. It successfully navigates the treacherous shoals of the Eichmann controversy and explores Berlin's and Arendt’s views of imperialism and their adopted homelands.”—Seyla Benhabib, Yale University

“This important and elegantly written book centers on the personal and theoretical conflict between Arendt and Berlin, blending together historical context and problems in modern political theory. In its style and language, it is accessible to anyone with an interest in Arendt, Berlin or the intellectual setting of the Cold War.”—Christian J. Emden, Rice University

“Hannah Arendt and Isaiah Berlin is a brilliant gem of a book that illuminates the prickly relationship between two icons of modern political thought. With the precision of a top-notch surgeon and the eloquence of a fine novelist, Kei Hiruta dissects the clashing ways these two Jews, émigrés and champions of freedom responded to their cataclysmic age. He also delicately probes the venom (Berlin) and aloof disregard (Arendt) with which they responded to each other. A riveting work that uses the tools of intellectual history and political theory to magnificent effect.”—Joan Cocks, Mount Holyoke College