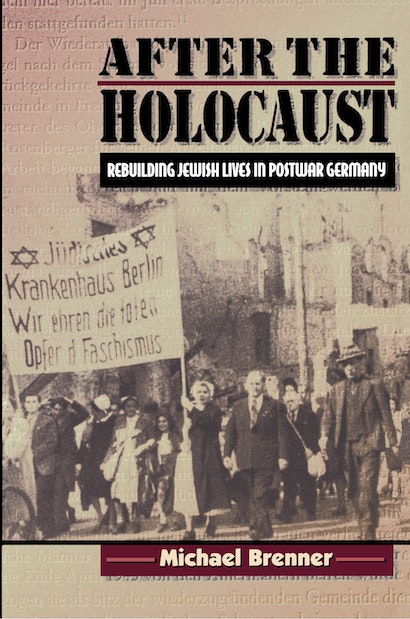 This landmark book is the first comprehensive account of the lives of the Jews who remained in Germany immediately following the war. Gathering never-before-published eyewitness accounts from Holocaust survivors, Michael Brenner presents a remarkable history of this period. While much has been written on the Holocaust itself, until now little has been known about the fate of those survivors who remained in Germany. Jews emerging from concentration camps would learn that most of their families had been murdered and their communities destroyed. Furthermore, all Jews in the country would face the stigma of living, as a 1948 resolution of the World Jewish Congress termed it, on “bloodsoaked German soil.” Brenner brings to life the psychological, spiritual, and material obstacles they surmounted as they rebuilt their lives in Germany. At the heart of his narrative is a series of fifteen interviews Brenner conducted with some of the most important witnesses who played an active role in the reconstruction — including presidents of Jewish communities, rabbis, and journalists.


Based on the Yiddish and German press and unpublished archival material, the first part of this book provides a historical introduction to this fascinating topic. Here the author analyzes such diverse aspects as liberation from concentration camps, cultural and religious life among the Jewish Displaced Persons, antisemitism and philosemitism in post-war Germany, and the complex relationship between East European and German Jews. A second part consists of the fifteen interviews, conducted by Brenner, with witnesses representing the diverse background of the postwar Jewish community. While most of them were camp survivors, others returned from exile or came to Germany as soldiers of the Jewish Brigade or with international Jewish aid organizations. A third part, which covers the development of the Jewish community in Germany from the 1950s until today, concludes the book.

Michael Brenner is Professor of Jewish History and Culture at the University of Munich and previously taught at Brandeis University. He is the author of The Renaissance of Jewish Culture in Weimar Germany and coauthor of German-Jewish History in Modern Times. 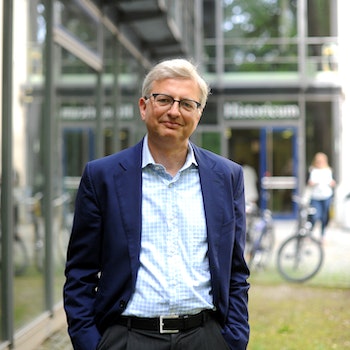 "A very readable and useful study, written with the engaged sympathy of an insider and the balanced judgments of a fine historian."—Kirkus Reviews

"If the middle section of interviews seems redundant, it is only because Brenner has covered the material so well and so succinctly elsewhere [in the book]."—Publishers Weekly

"The history that Brenner deftly recounts confounds any urge to extract simple lessons from the Holocaust or its aftermath.... Brenner has instead provided something more fragile and more valuable, a reminder that the way people reassemble their lives after tragedy is miraculously complicated."—Noah J. Efron, The Boston Book Review

"A masterly short survey, the best in existence, of Jewish life such as it was in Germany after the defeat."—Walter Laqueur, Chairman, International Research Council

"[Michael Brenner] proves the historical resiliency of the Jewish community.... An exciting and accurate chronicle."—Sander L. Gilman, The University of Chicago

"The appearance of this book in English is most welcome. . . . It is a sobering book but a necessary one."—Peter Gay, Professor Emeritus, Yale University