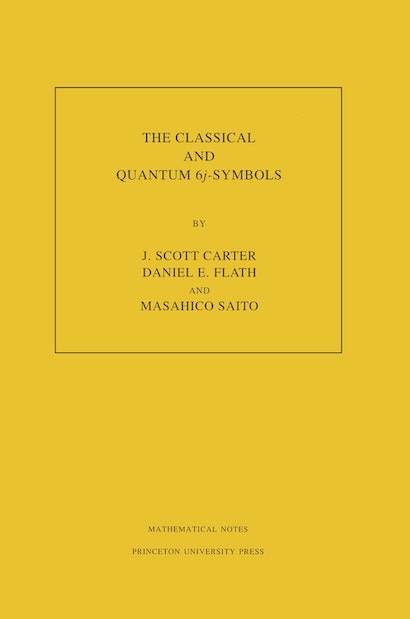 Addressing physicists and mathematicians alike, this book discusses the finite dimensional representation theory of sl(2), both classical and quantum. Covering representations of U(sl(2)), quantum sl(2), the quantum trace and color representations, and the Turaev-Viro invariant, this work is useful to graduate students and professionals.


The classic subject of representations of U(sl(2)) is equivalent to the physicists’ theory of quantum angular momentum. This material is developed in an elementary way using spin-networks and the Temperley-Lieb algebra to organize computations that have posed difficulties in earlier treatments of the subject. The emphasis is on the 6j-symbols and the identities among them, especially the Biedenharn-Elliott and orthogonality identities. The chapter on the quantum group Ub-3.0 qb0(sl(2)) develops the representation theory in strict analogy with the classical case, wherein the authors interpret the Kauffman bracket and the associated quantum spin-networks algebraically. The authors then explore instances where the quantum parameter q is a root of unity, which calls for a representation theory of a decidedly different flavor. The theory in this case is developed, modulo the trace zero representations, in order to arrive at a finite theory suitable for topological applications. The Turaev-Viro invariant for 3-manifolds is defined combinatorially using the theory developed in the preceding chapters. Since the background from the classical, quantum, and quantum root of unity cases has been explained thoroughly, the definition of this invariant is completely contained and justified within the text.

"Overall this book would serve as an excellent introduction for students or mathematicians to any of the subjects included (representation theory of U(sl2) and Uq(sl2), Penrose/Kauffman style diagrammatics, Turaev-Viro theory). . ."—Mathematical Reviews