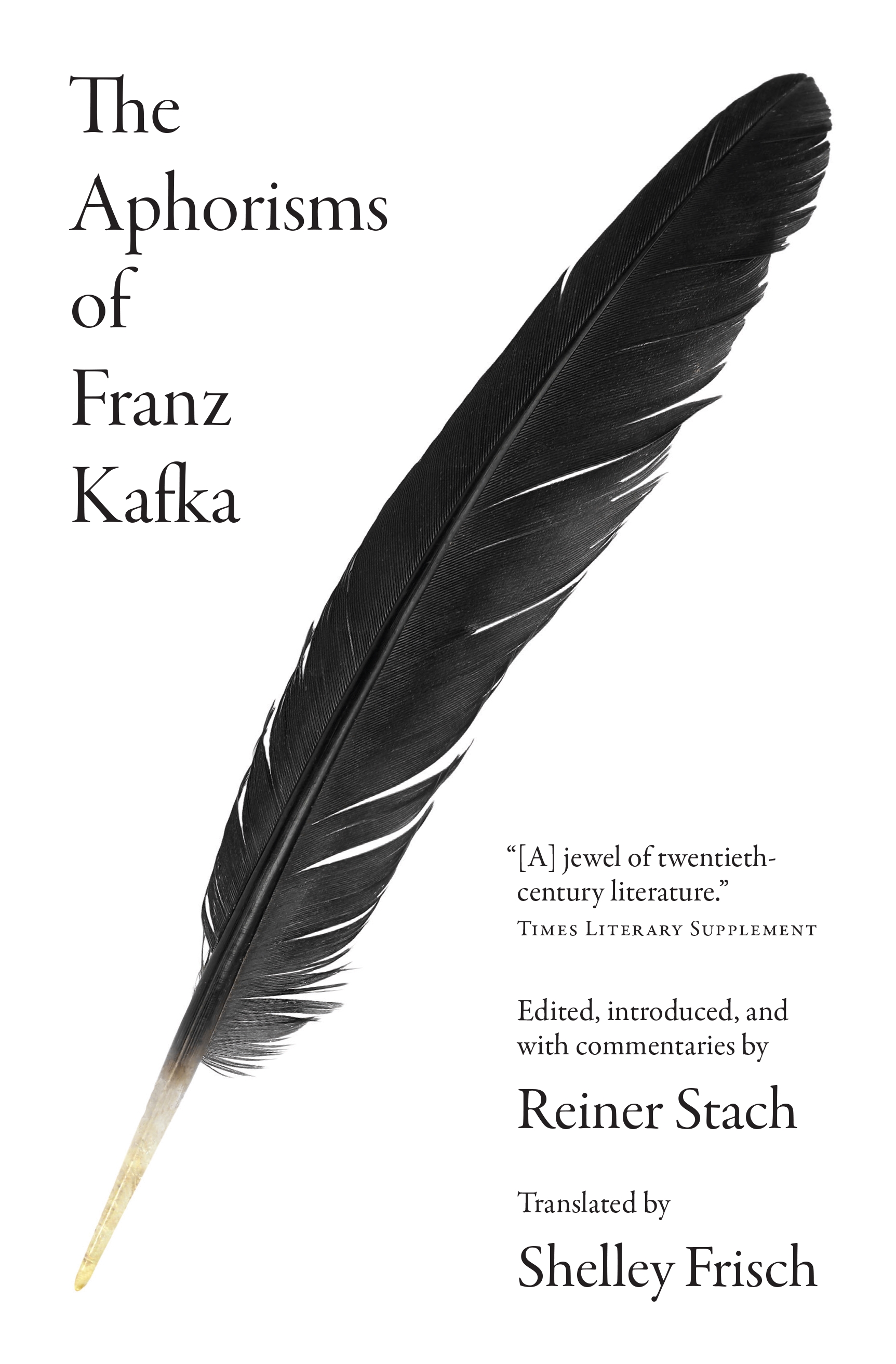 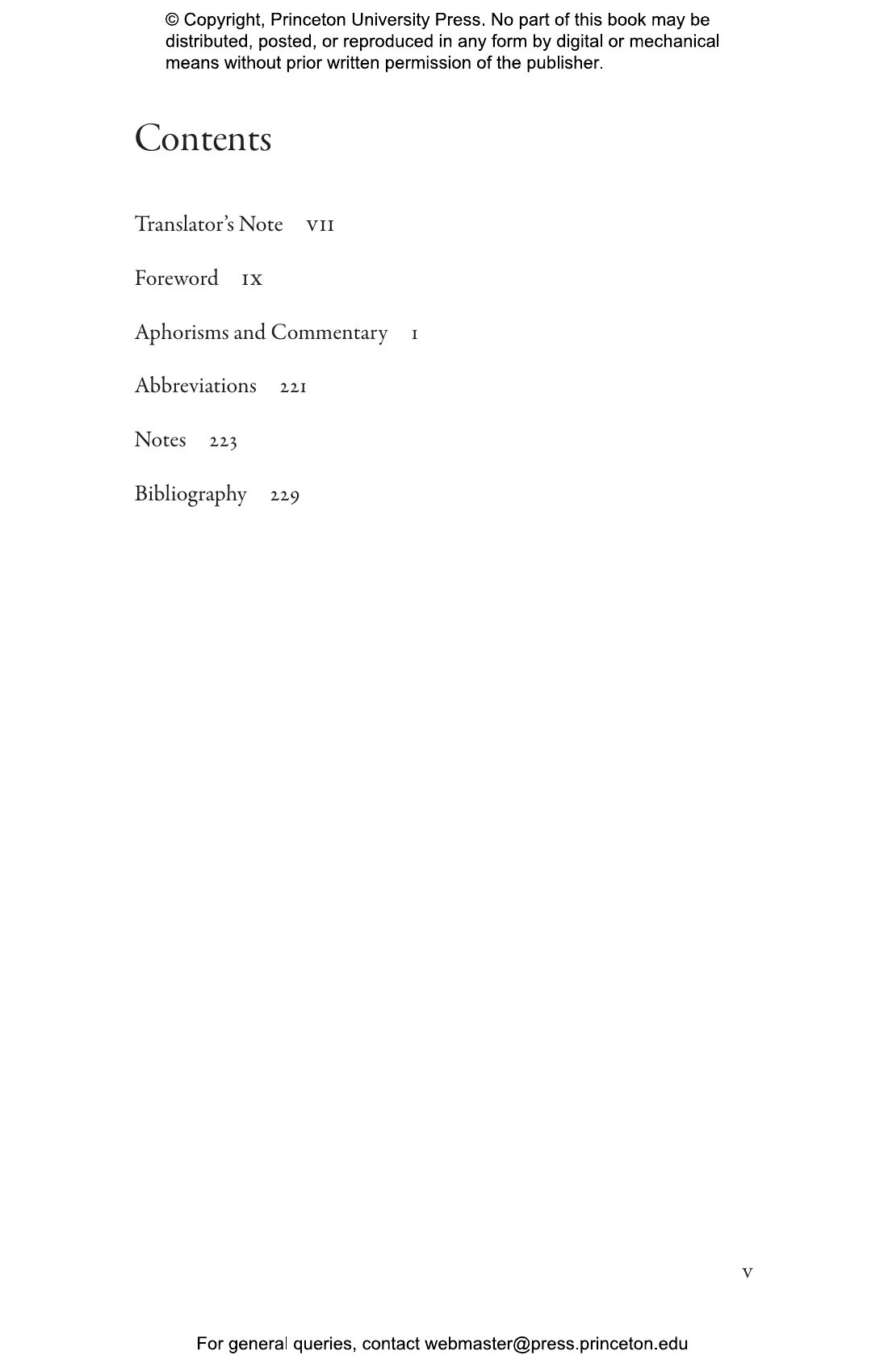 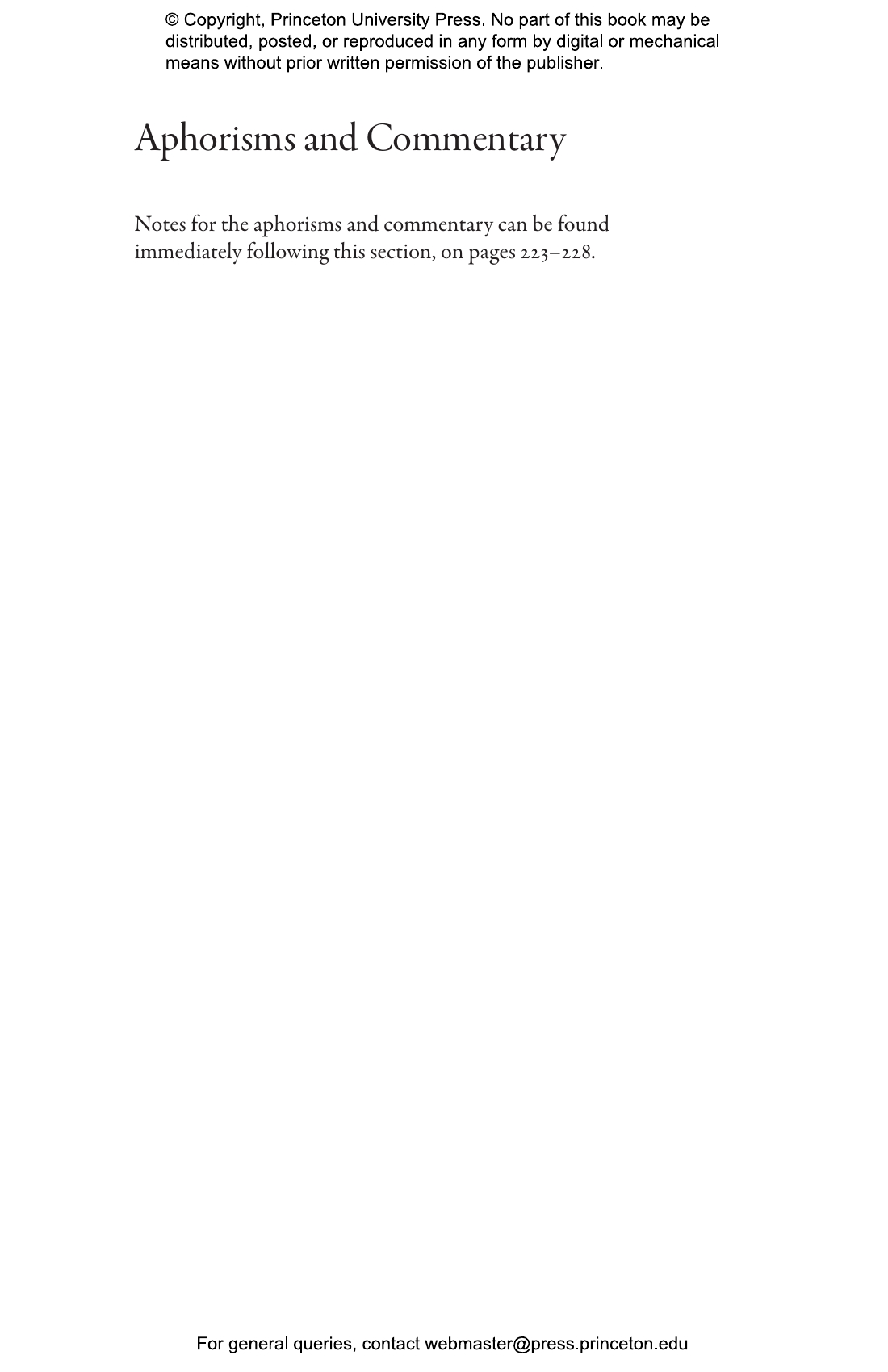 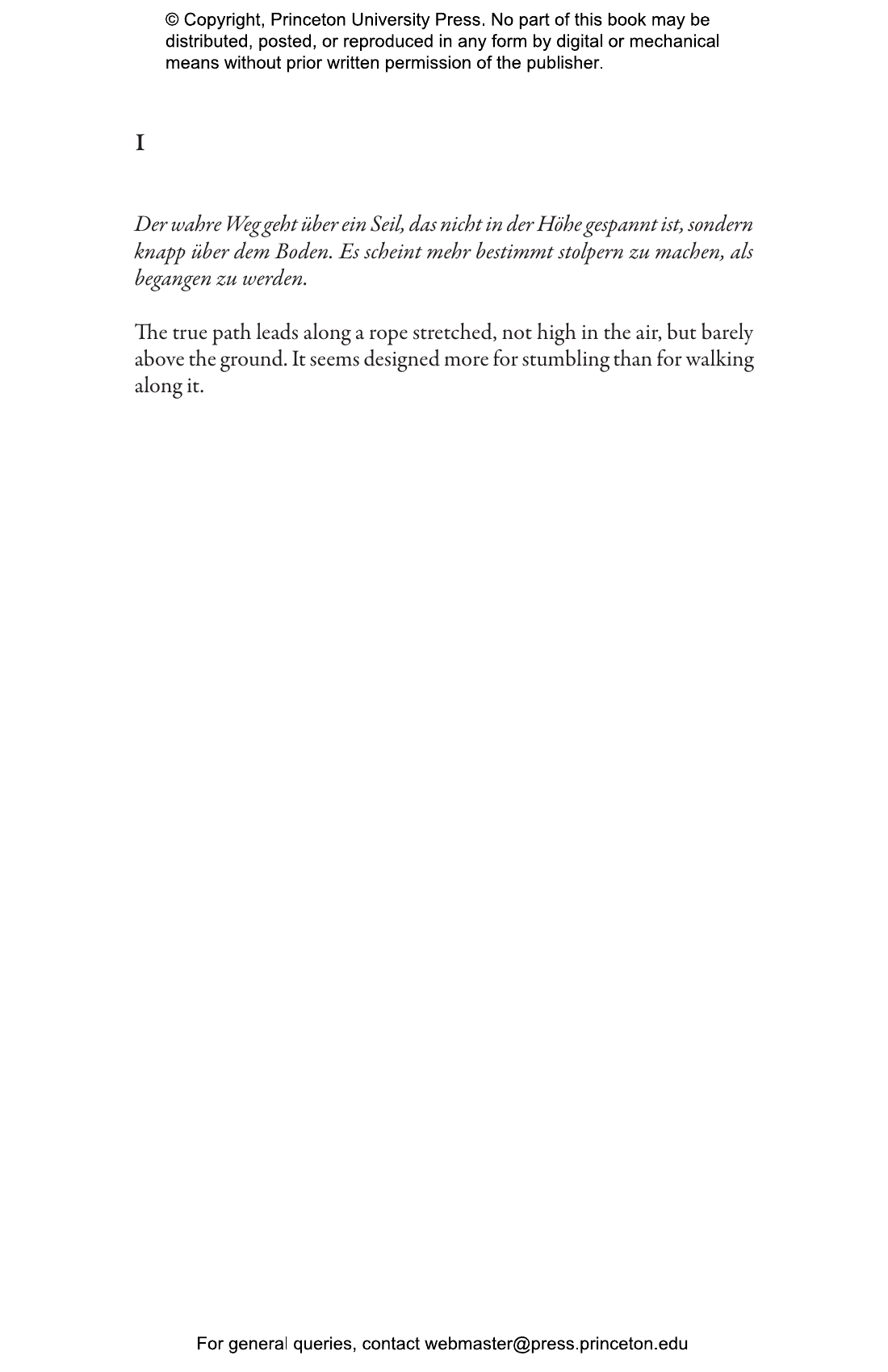 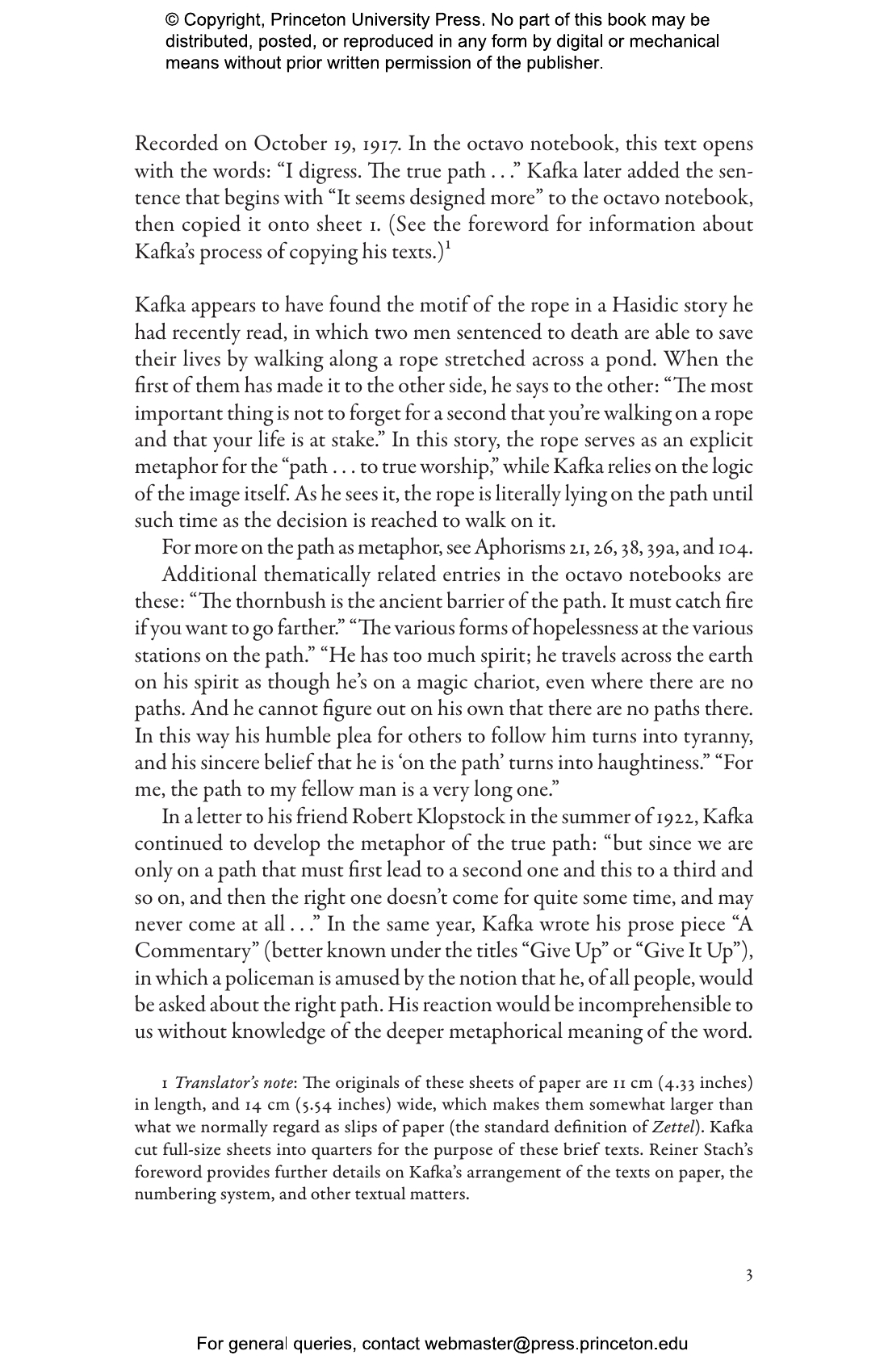 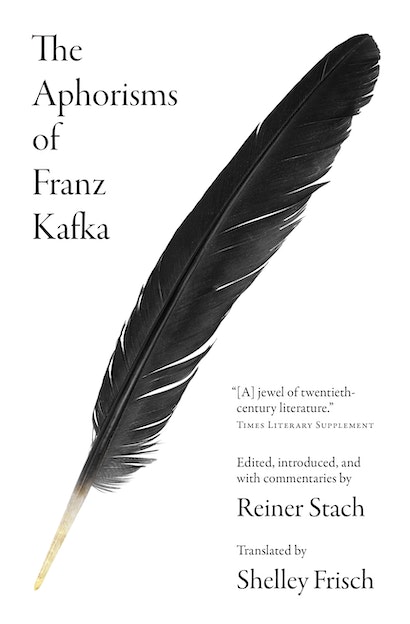 In 1917 and 1918, Franz Kafka wrote a set of more than 100 aphorisms, known as the Zürau aphorisms, after the Bohemian village in which he composed them. Among the most mysterious of Kafka’s writings, they explore philosophical questions about truth, good and evil, and the spiritual and sensory world. This is the first annotated, bilingual volume of these extraordinary writings, which provide great insight into Kafka’s mind. Edited, introduced, and with commentaries by preeminent Kafka biographer and authority Reiner Stach, and freshly translated by Shelley Frisch, this beautiful volume presents each aphorism on its own page in English and the original German, with accessible and enlightening notes on facing pages.

The most complex of Kafka’s writings, the aphorisms merge literary and analytical thinking and are radical in their ideas, original in their images and metaphors, and exceptionally condensed in their language. Offering up Kafka’s characteristically unsettling charms, the aphorisms at times put readers in unfamiliar, even inhospitable territory, which can then turn luminous: “I have never been in this place before: breathing works differently, and a star shines next to the sun, more dazzlingly still.”

Above all, this volume reveals that these multifaceted gems aren’t far removed from Kafka’s novels and stories but are instead situated squarely within his cosmos—arguably at its very core. Long neglected by Kafka readers and scholars, his aphorisms have finally been given their full due here.

"Kafka’s mistrust of self-scrutiny, and his equal need for it, are nowhere more dazzlingly displayed than in this jewel of twentieth-century literature"—Ben Hutchinson, Times Literary Supplement

"In this newly annotated edition, Reiner Stach — who knows more about Kafka’s life than anyone else alive — provides data-rich, facing-page commentary for each gnomic observation. He is assisted, as usual, by his nonpareil translator, Shelley Frisch. . . . His commentary eschews definitive interpretations but leaves the reader better able to ponder [Kafka's] tantalizing pronouncements."—Michael Dirda, Washington Post

"Stach’s introduction and commentaries and a fresh new translation by Princeton resident Shelley Frisch make you feel at home. In addition to excerpts from Kafka’s crossed-out or amended first drafts, there are quotations from the diaries and letters that are often equal if not superior to the aphorisms themselves."—Stuart Mitchner, Town Topics

"An astute and subtle commentary . . . . the intellectual risks of commenting on the comments of Kafka are enormous, but Stach takes them in his stride, and Shelley Frisch’s English version keeps pace admirably."—Michael Wood, London Review Of Books

“The uncannily expert handling of Reiner Stach and Shelley Frisch here opens up another dimension of the thinking of Franz Kafka. These aphorisms proceed in a way that feels at once unexpected and profound. An essential and marvelous book.”—Rivka Galchen, author of Everyone Knows Your Mother Is a Witch: A Novel

“These aphorisms are the jewel of Kafka’s work. Superbly translated by Shelley Frisch, they shine even more brightly in the illuminating commentary of Reiner Stach, Kafka’s eminent biographer.”—Stanley Corngold, author of The Mind in Exile: Thomas Mann in Princeton

“The Aphorisms of Franz Kafka is a vital book for anyone who wants to gain a richer understanding of the enigmatic Zürau aphorisms, and a welcome addition to Kafka’s writings available in English. Stach’s engaging commentary is highly instructive and Frisch’s translation clear and elegant.”—Carolin Duttlinger, author of The Cambridge Introduction to Franz Kafka