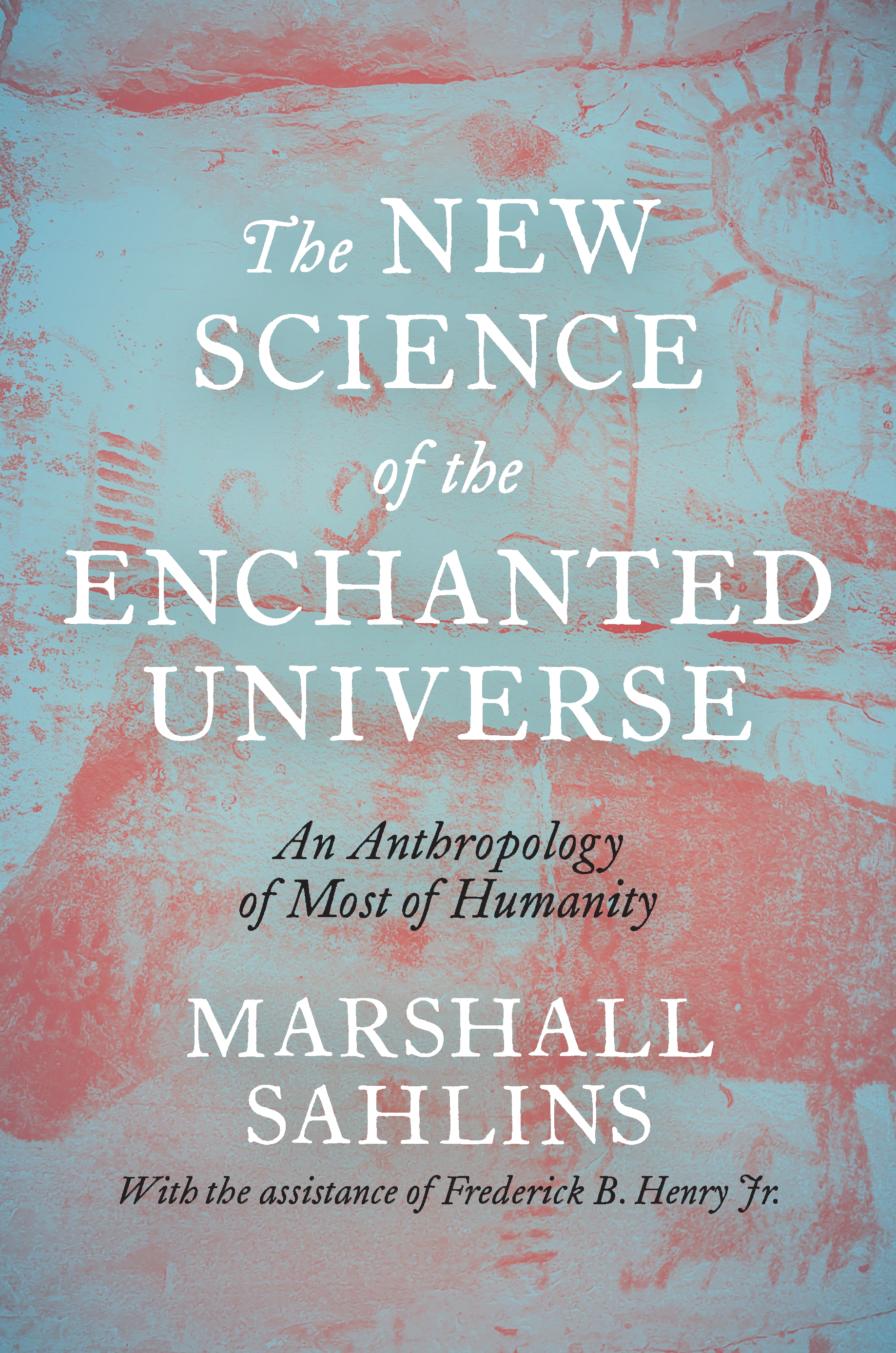 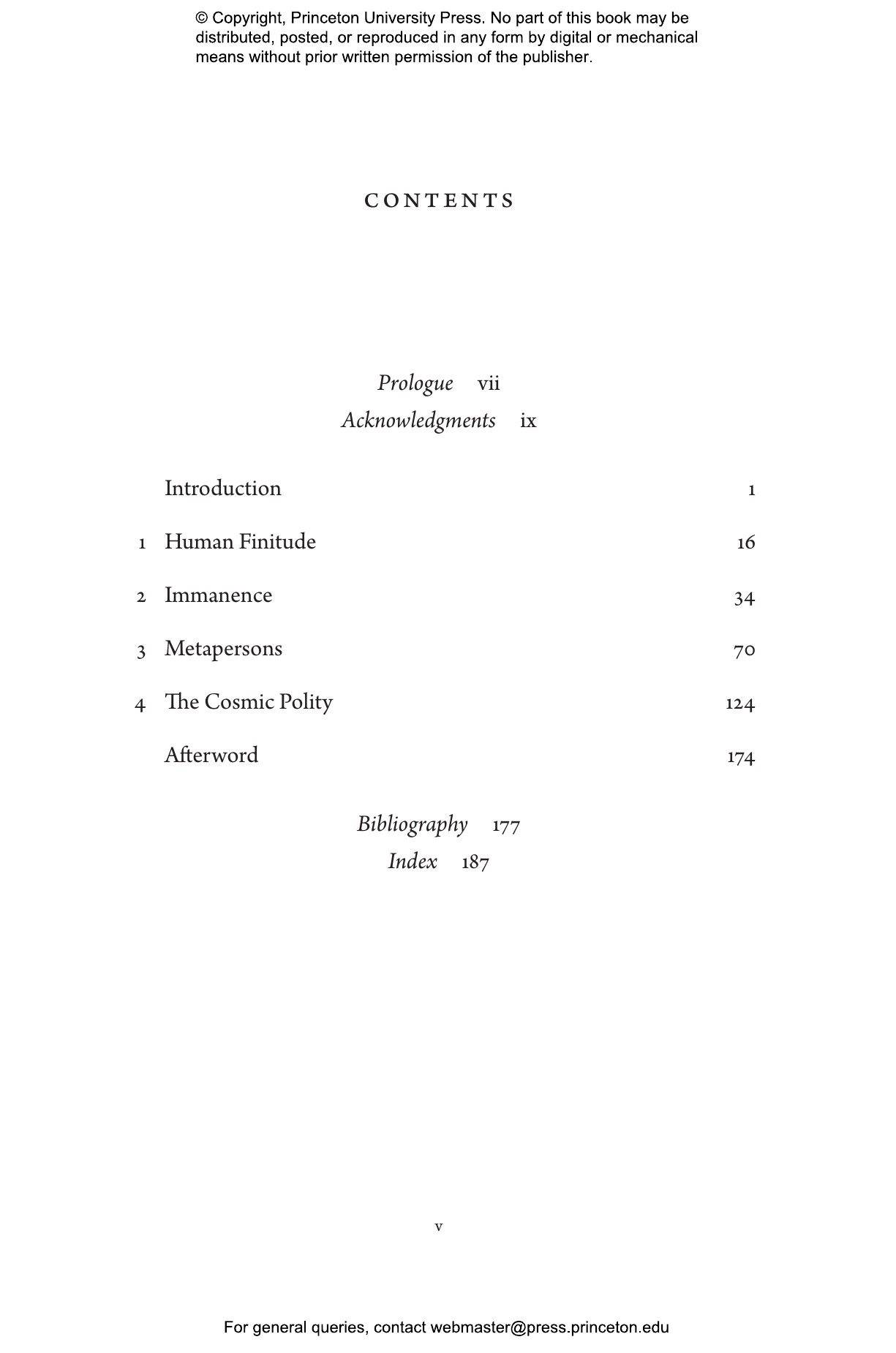 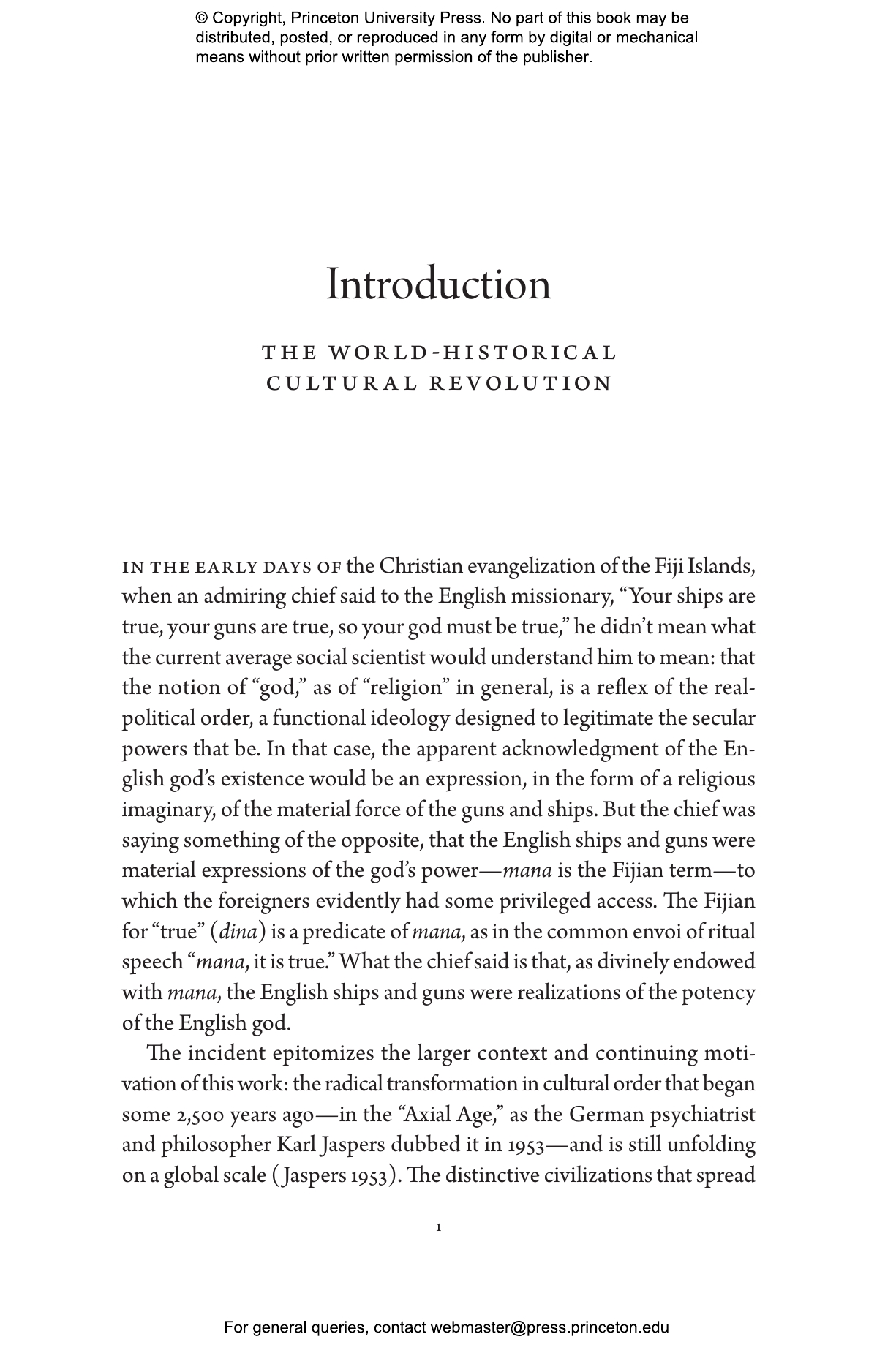 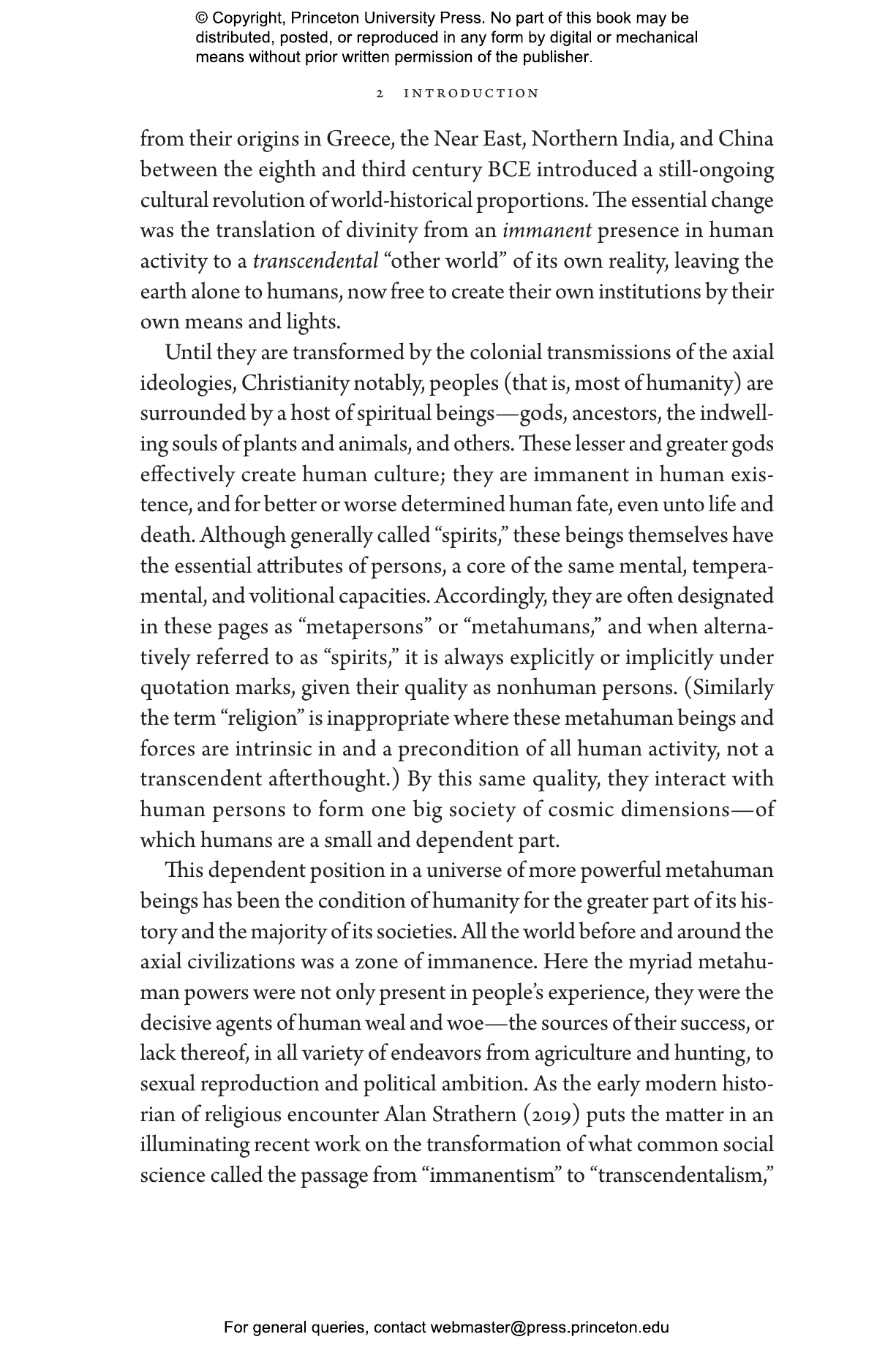 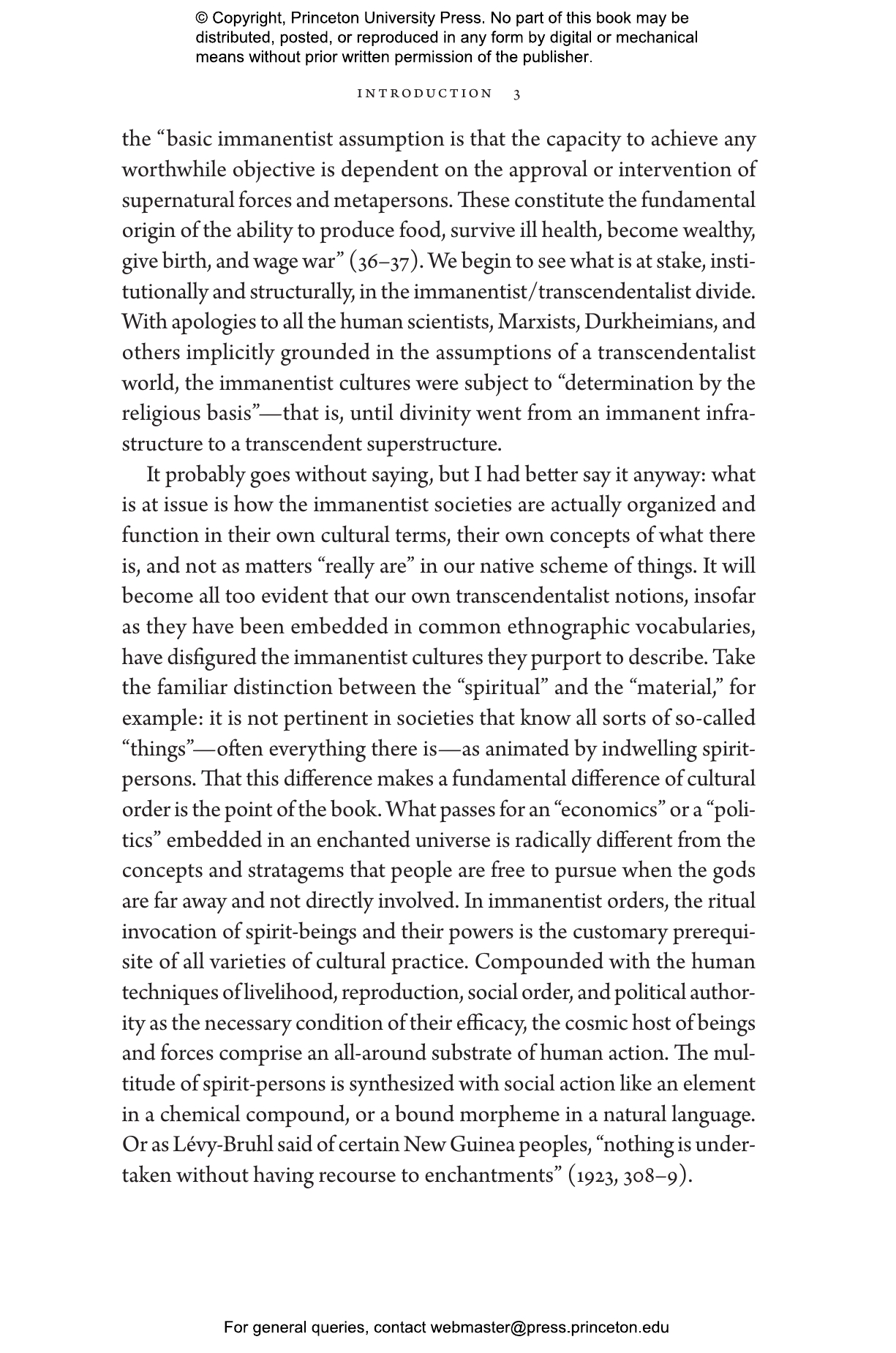 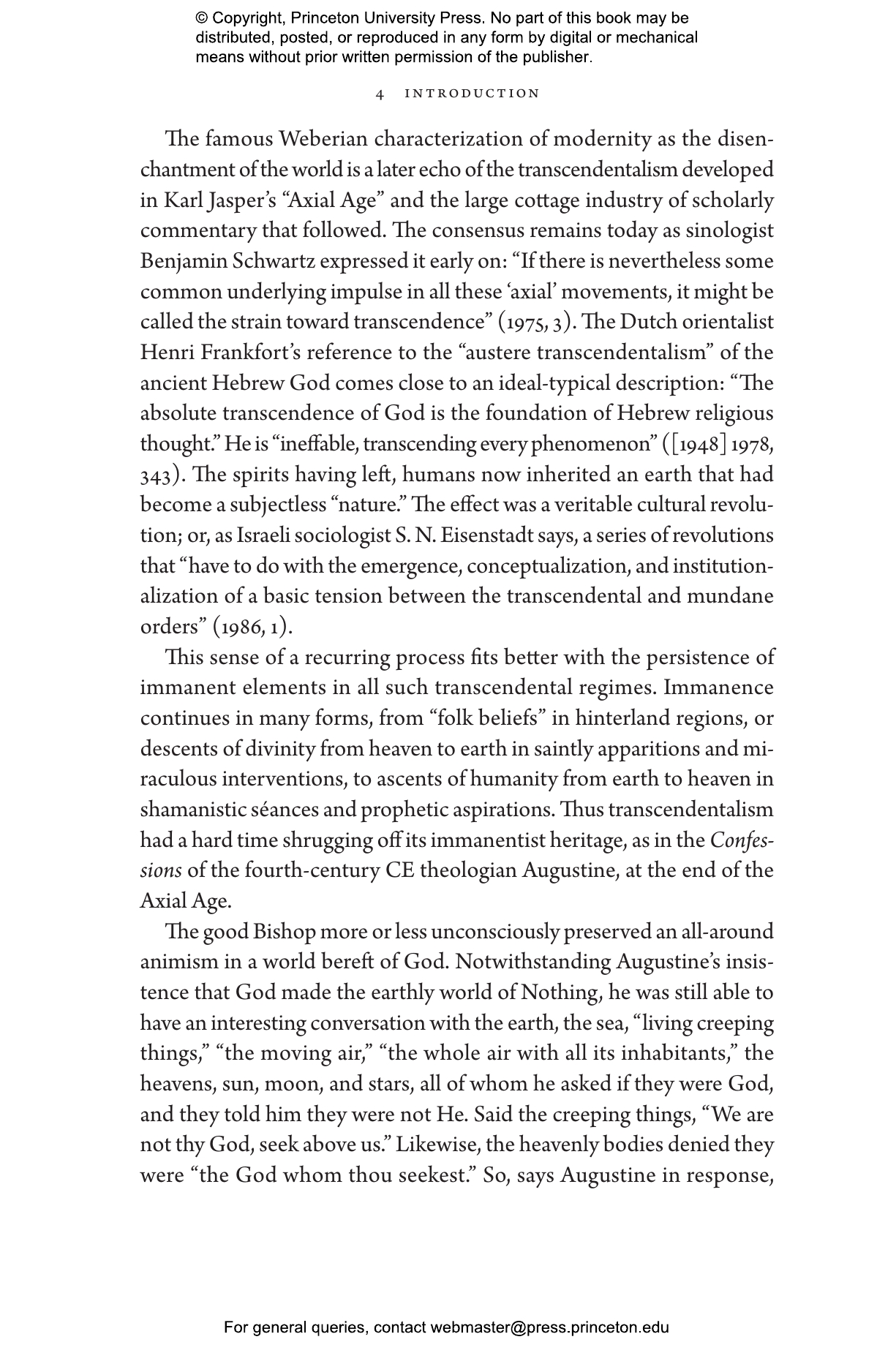 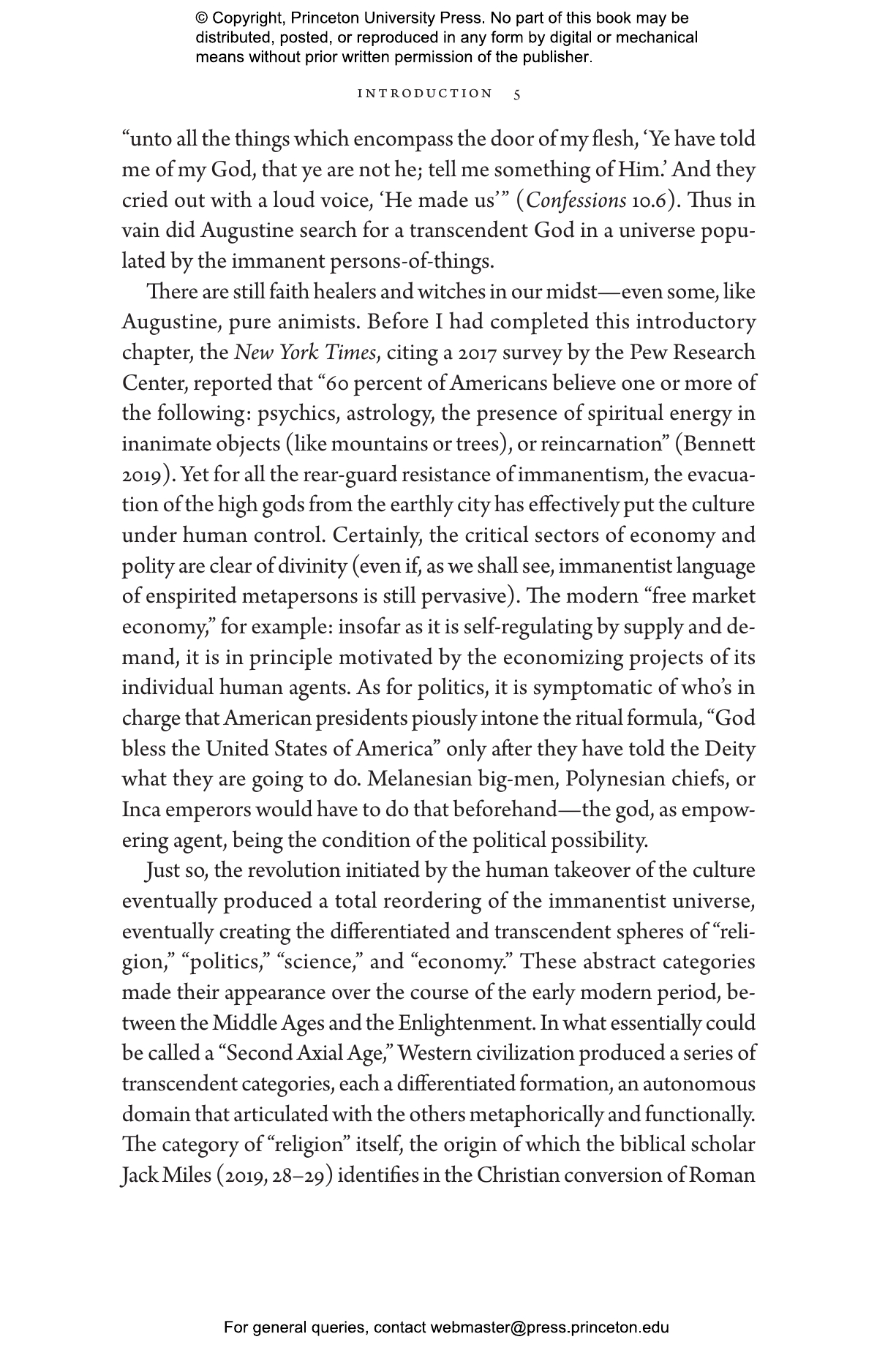 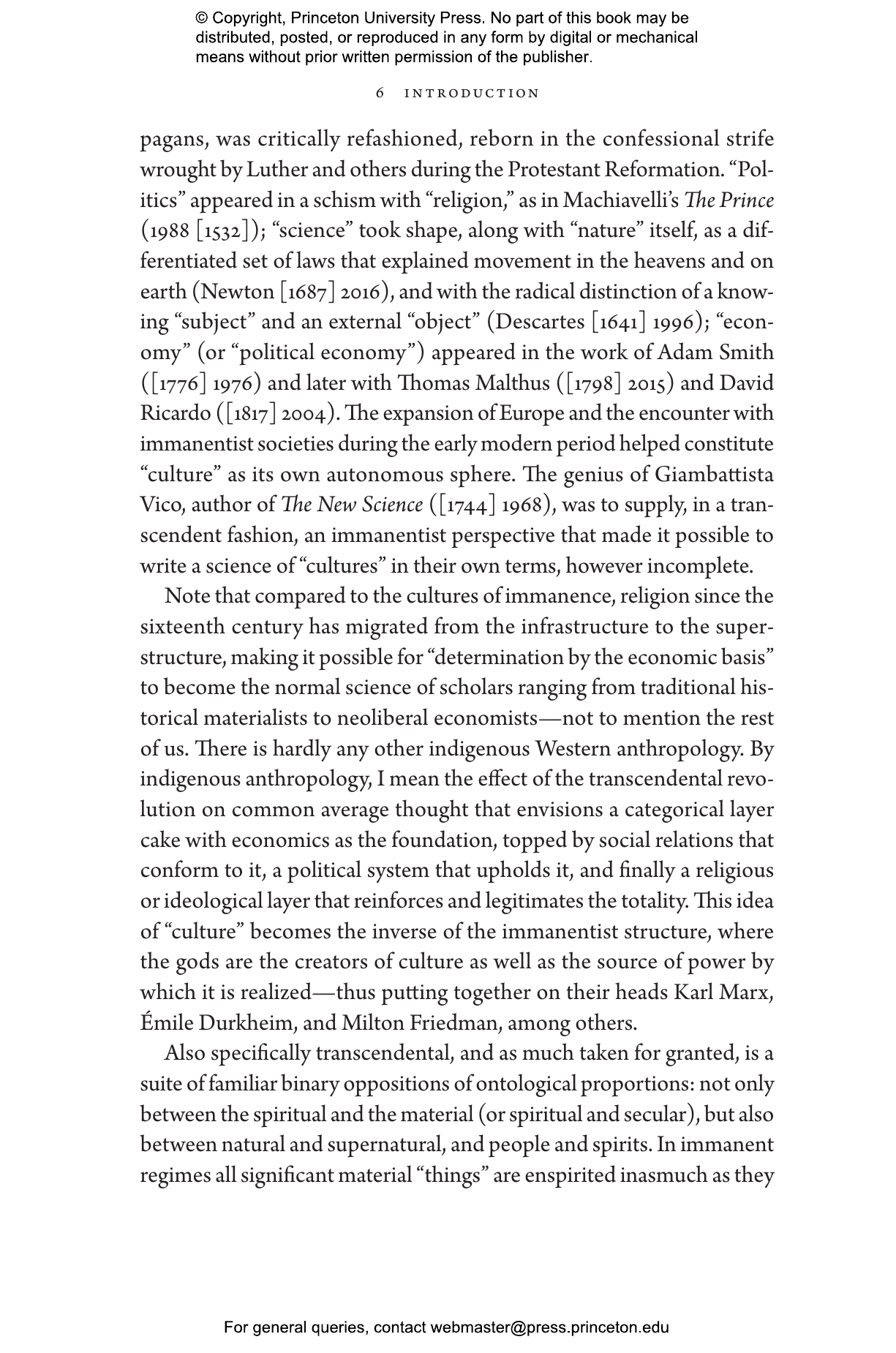 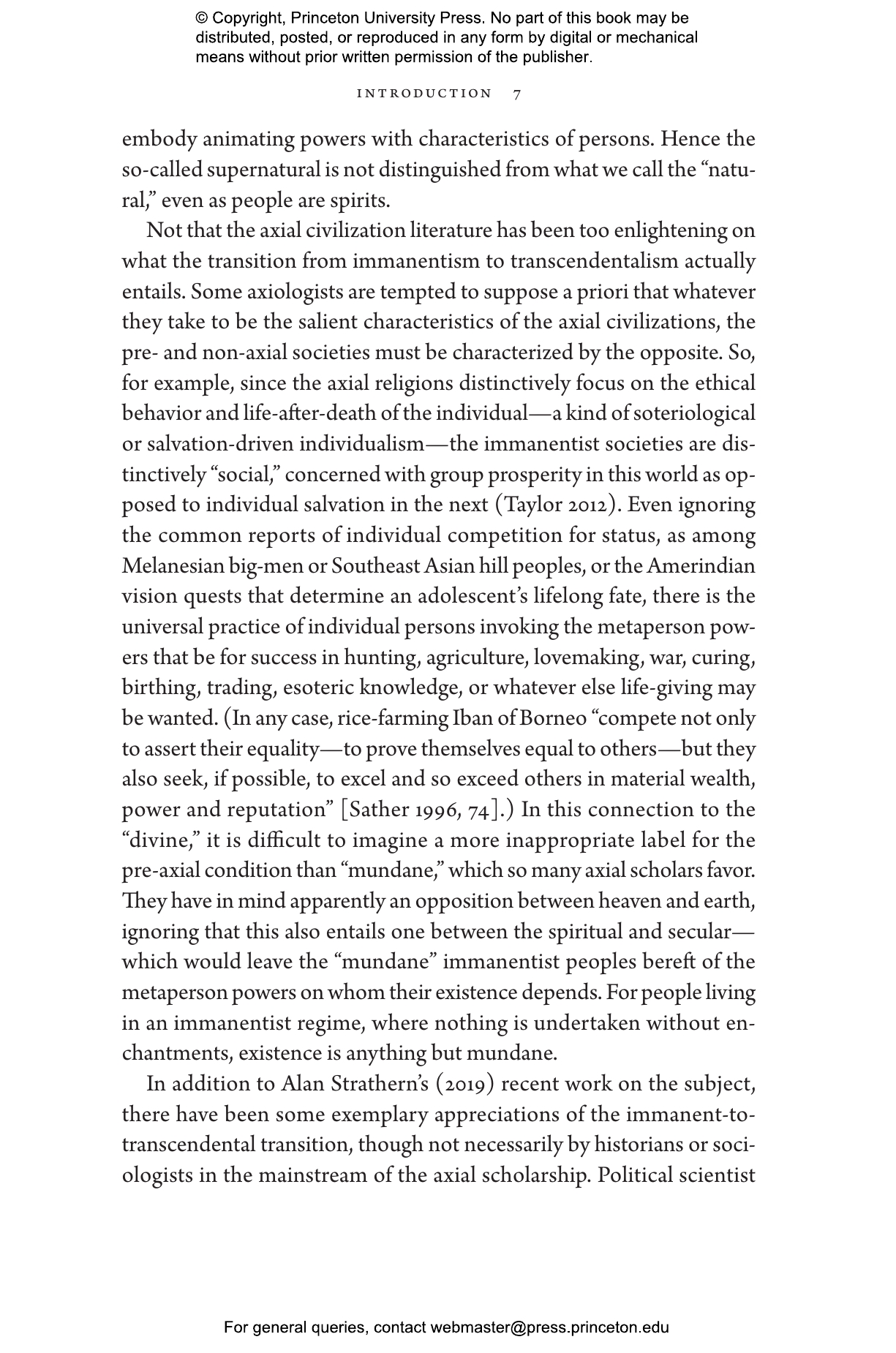 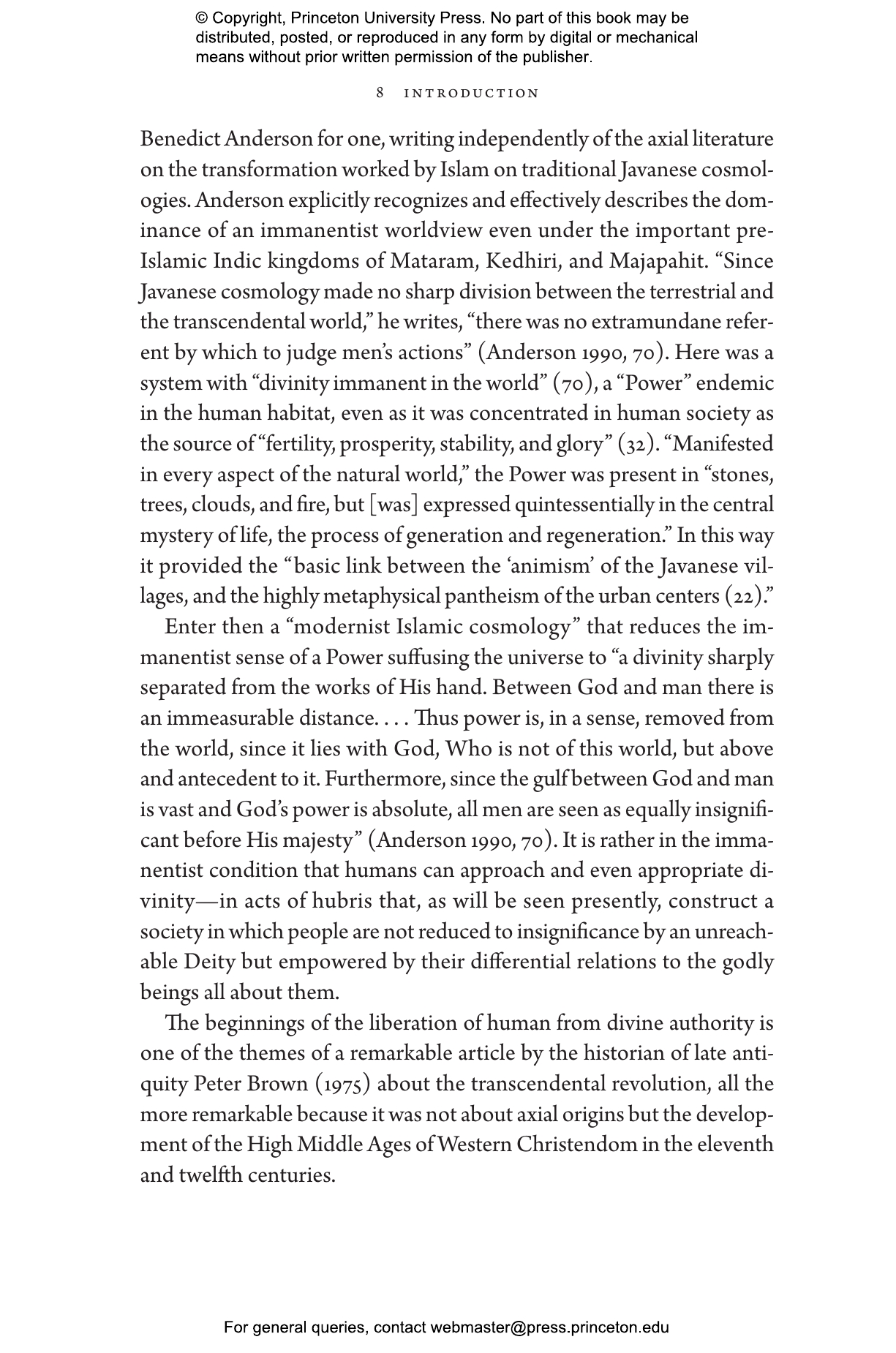 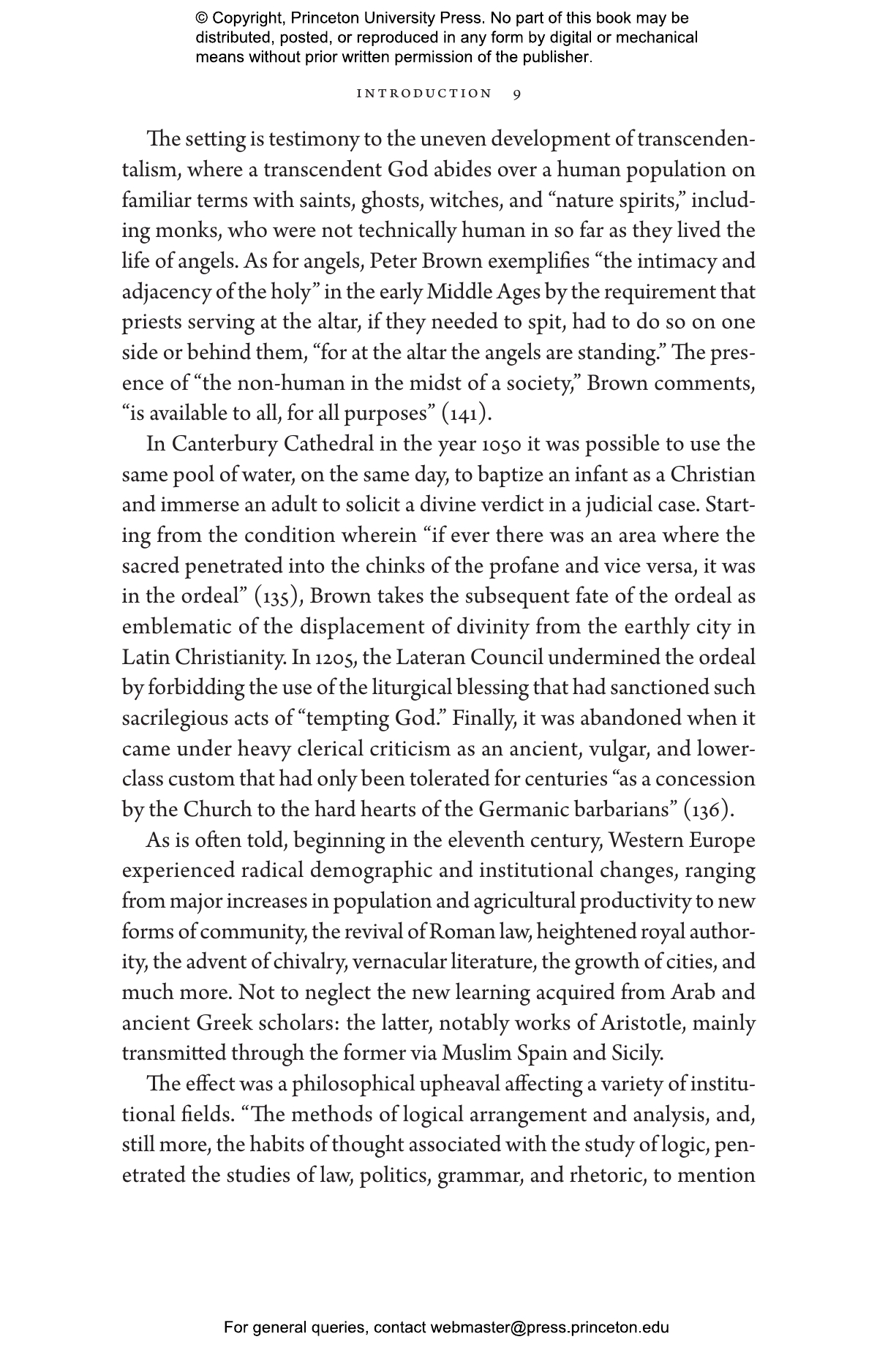 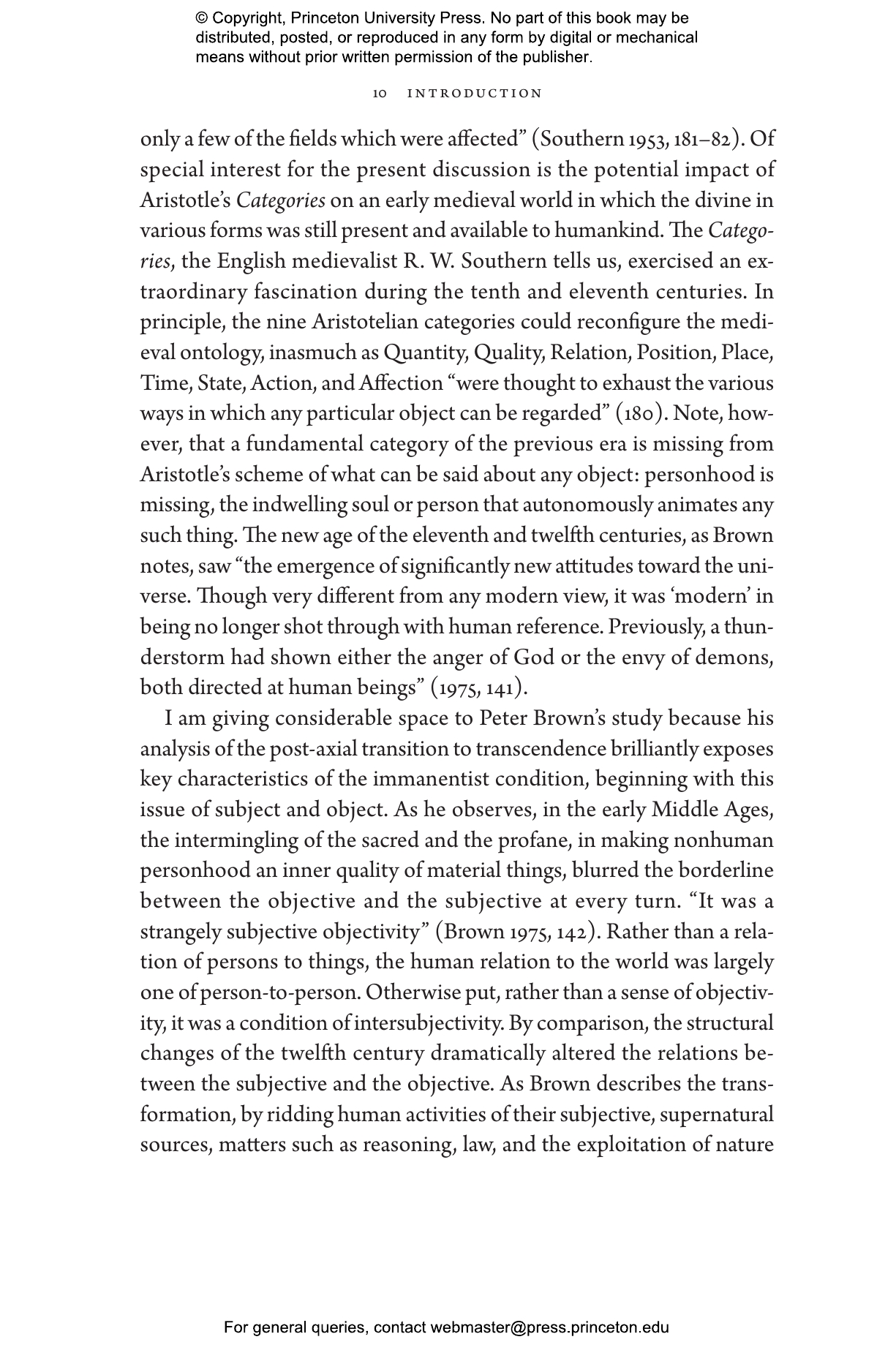 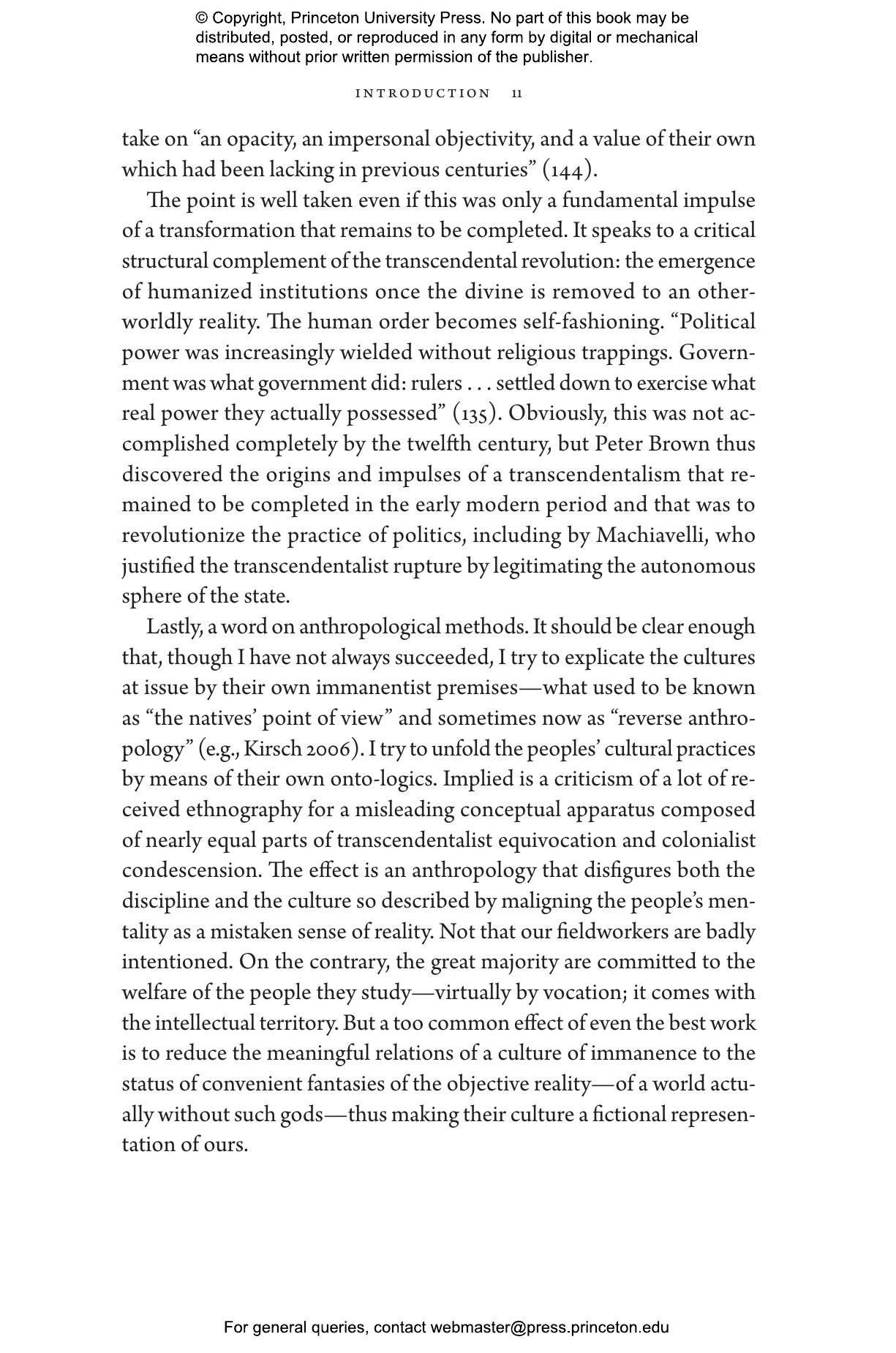 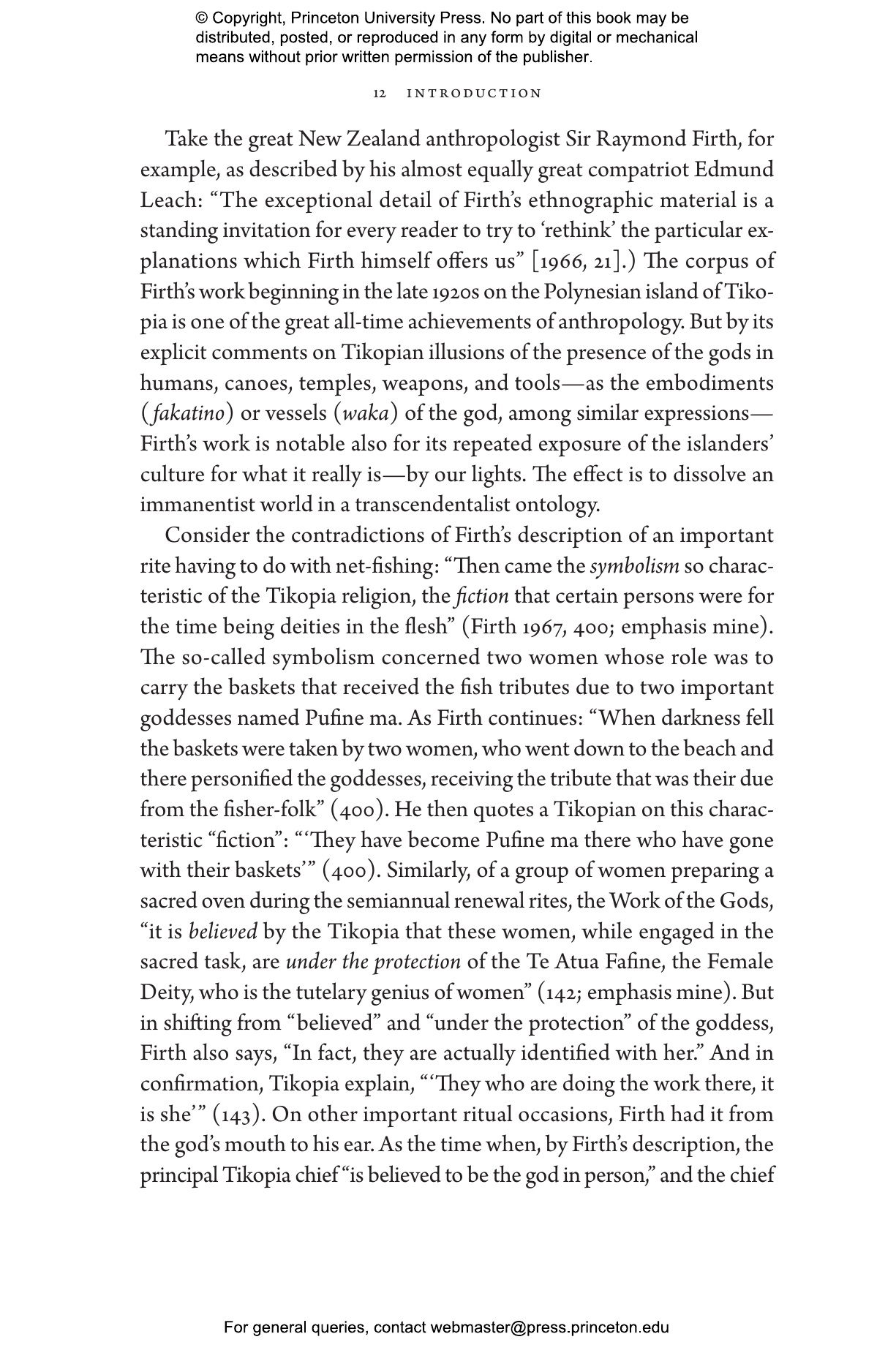 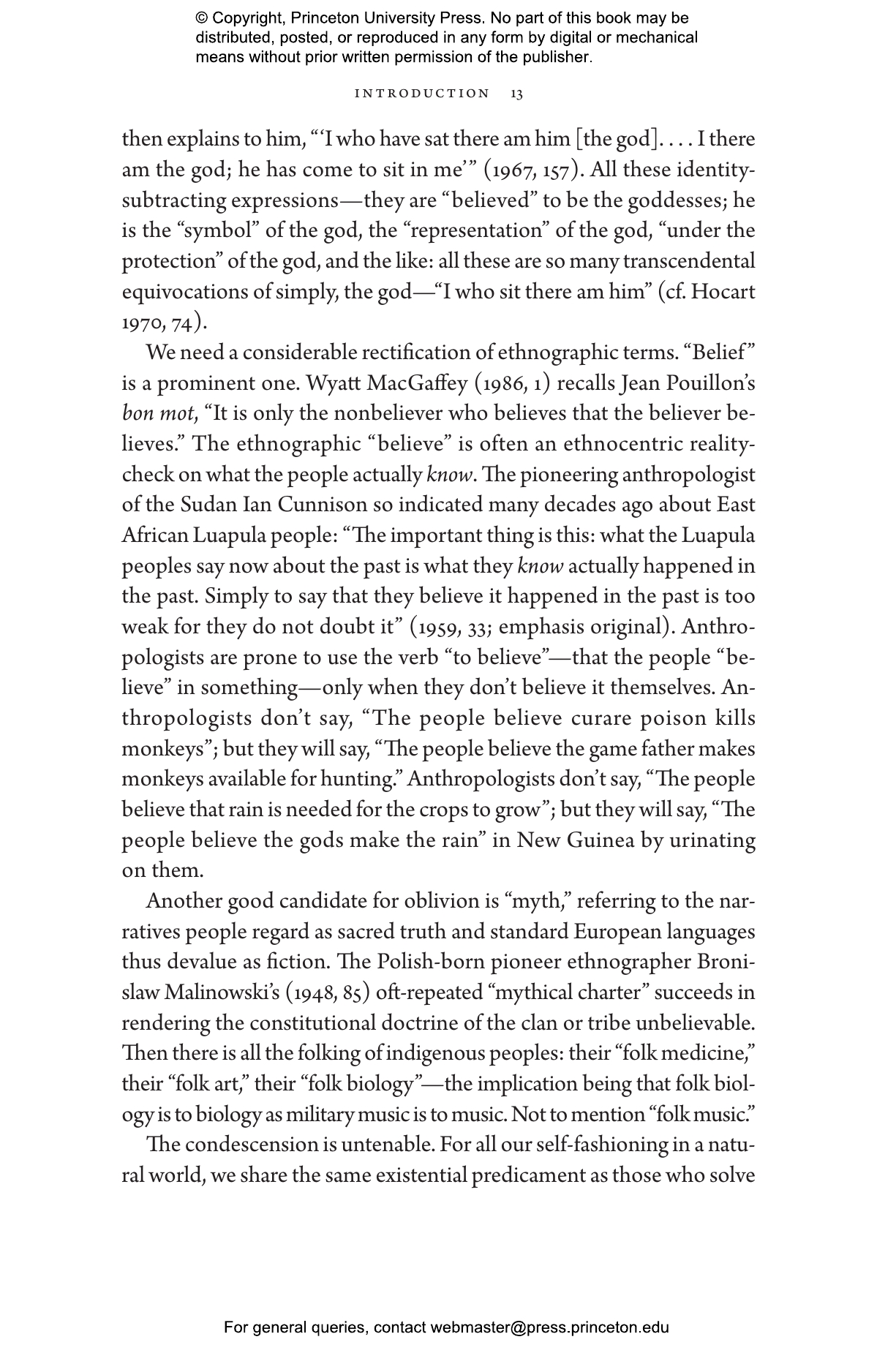 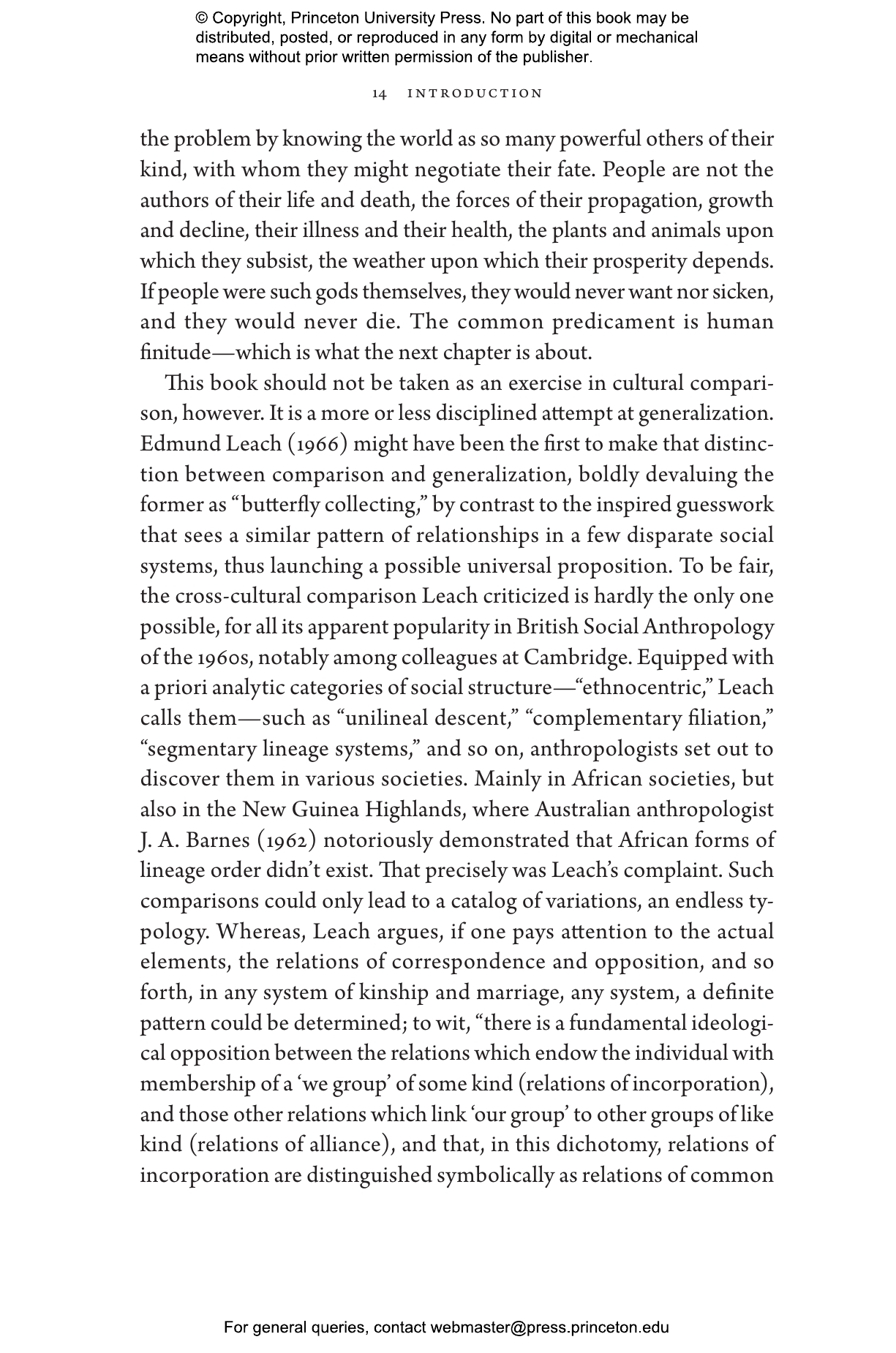 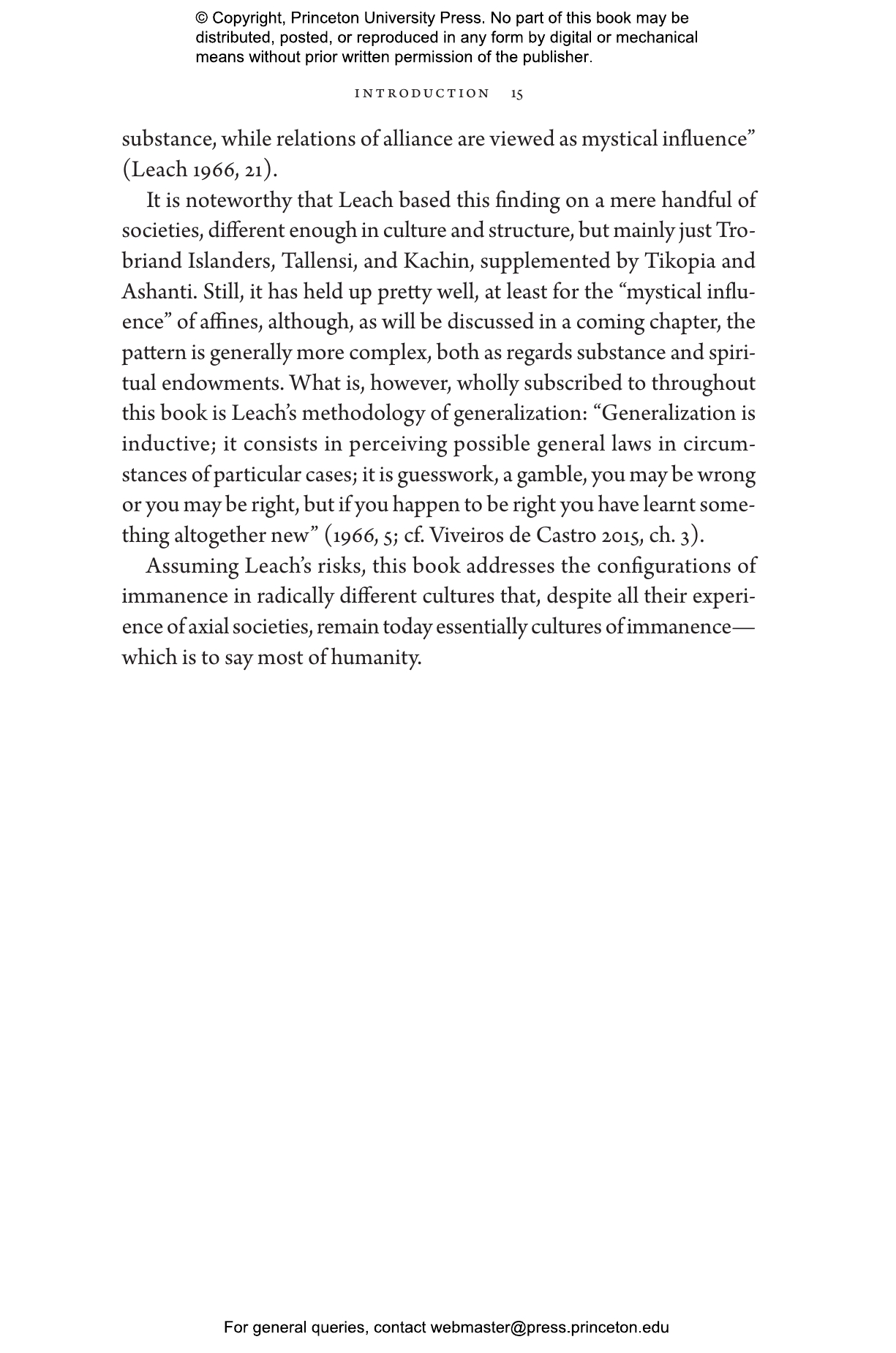 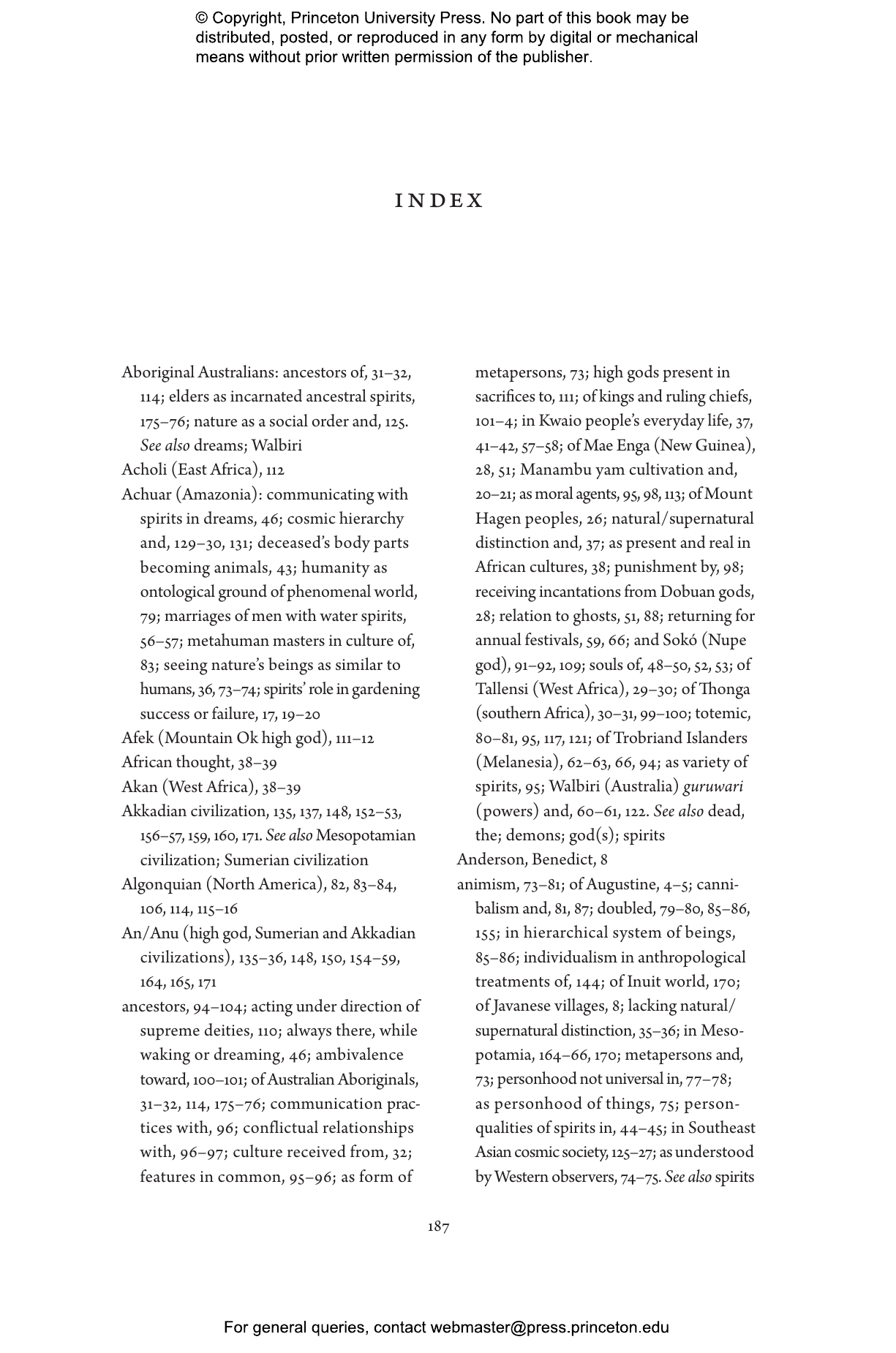 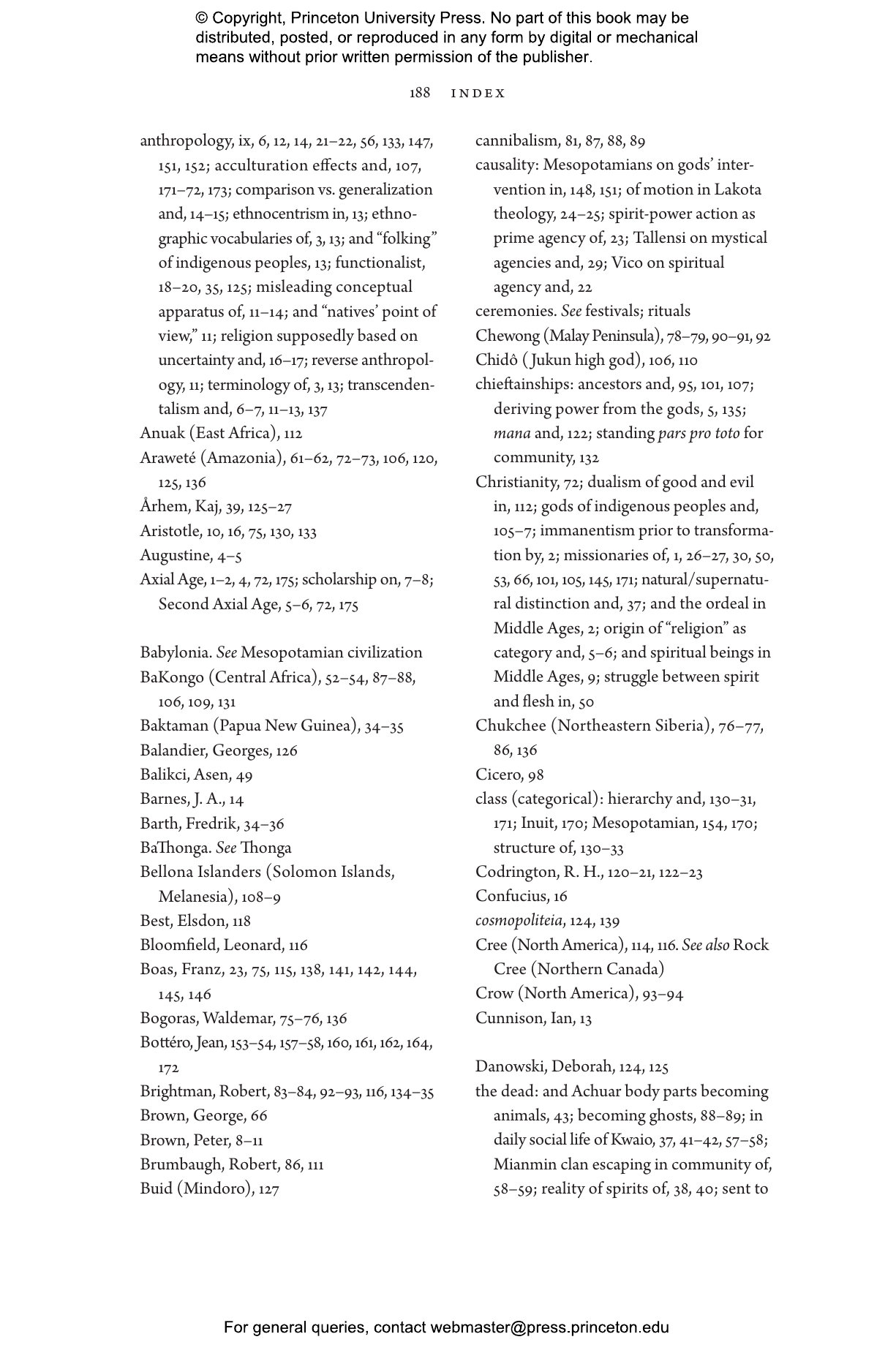 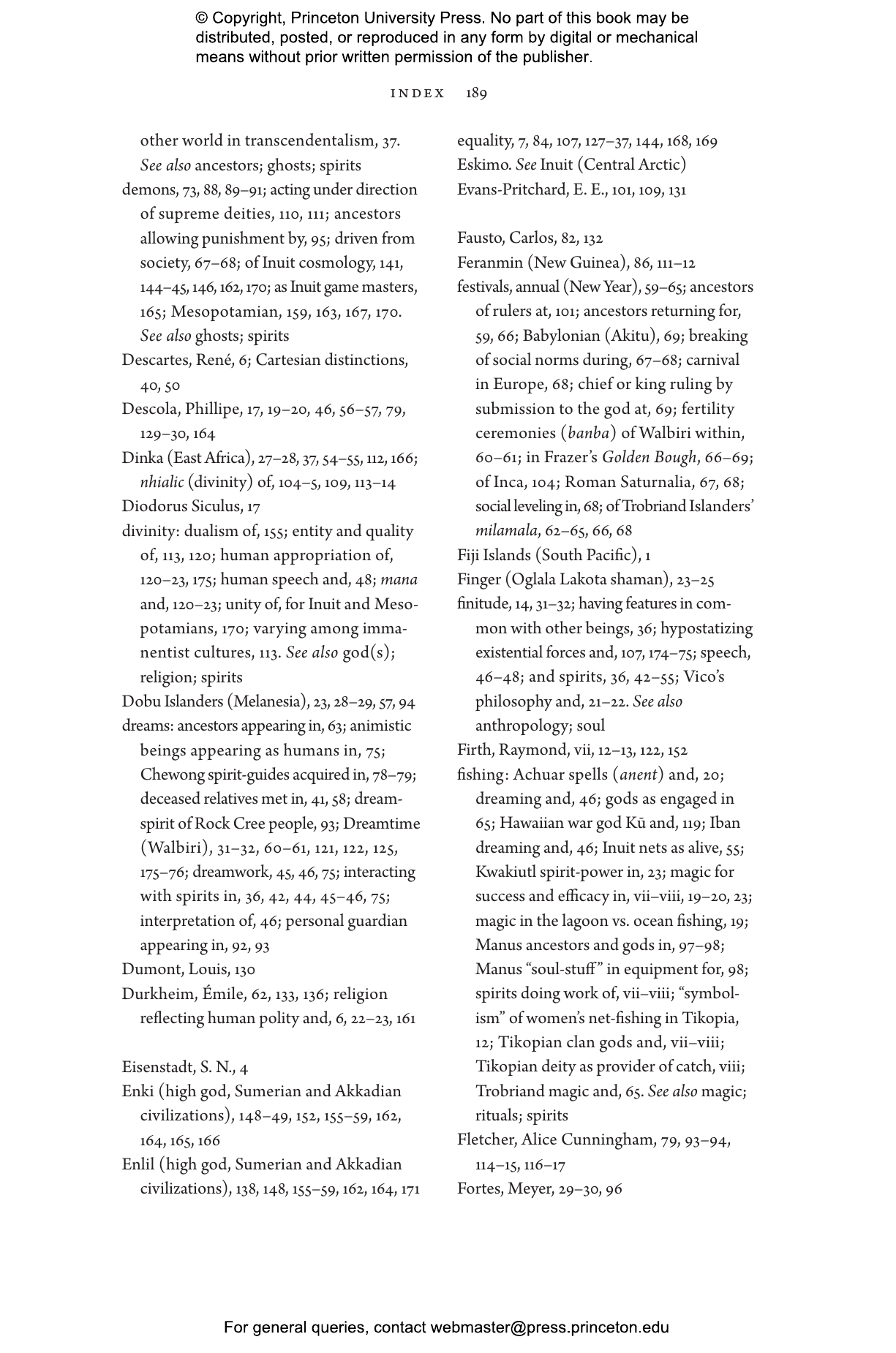 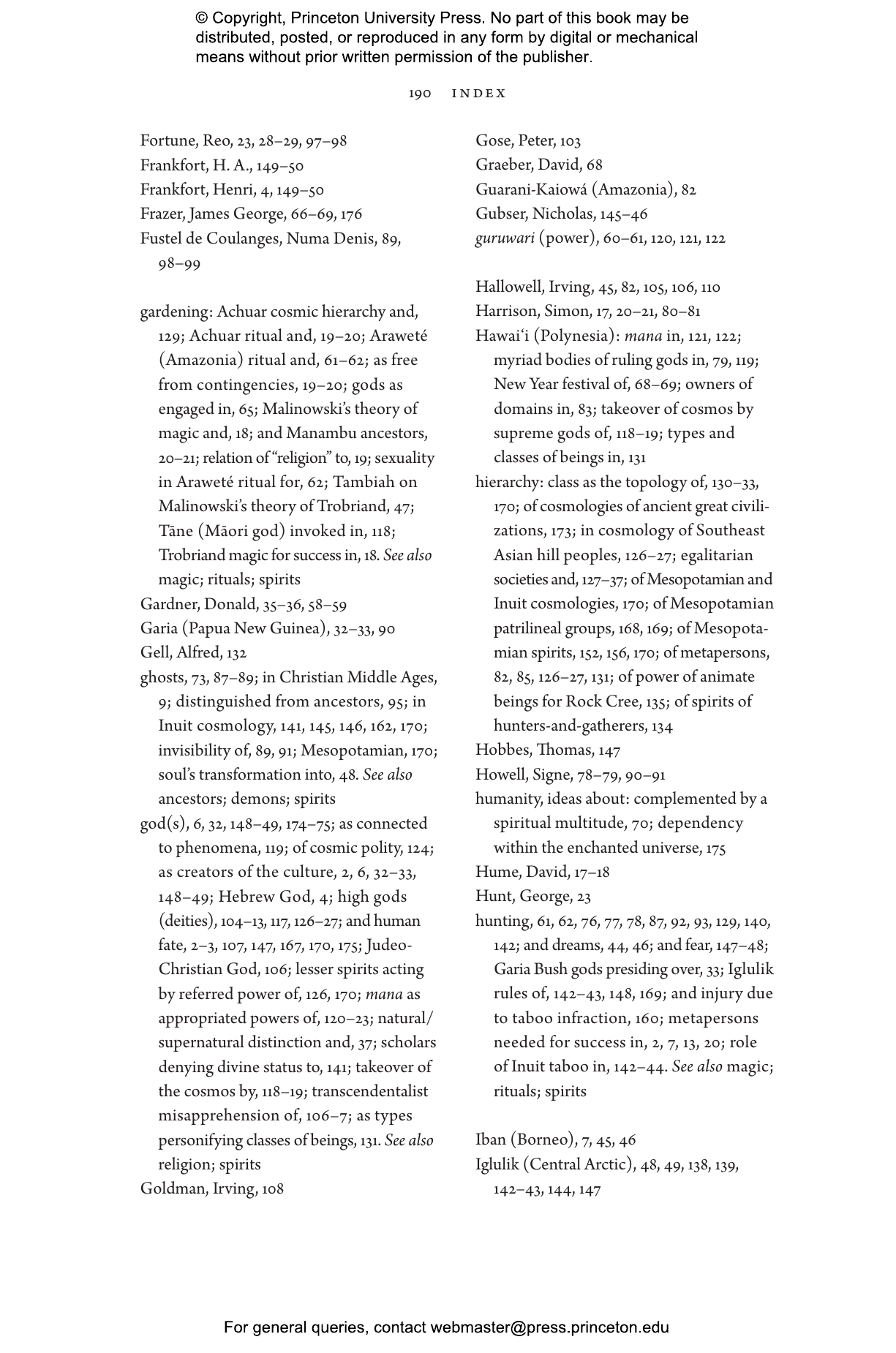 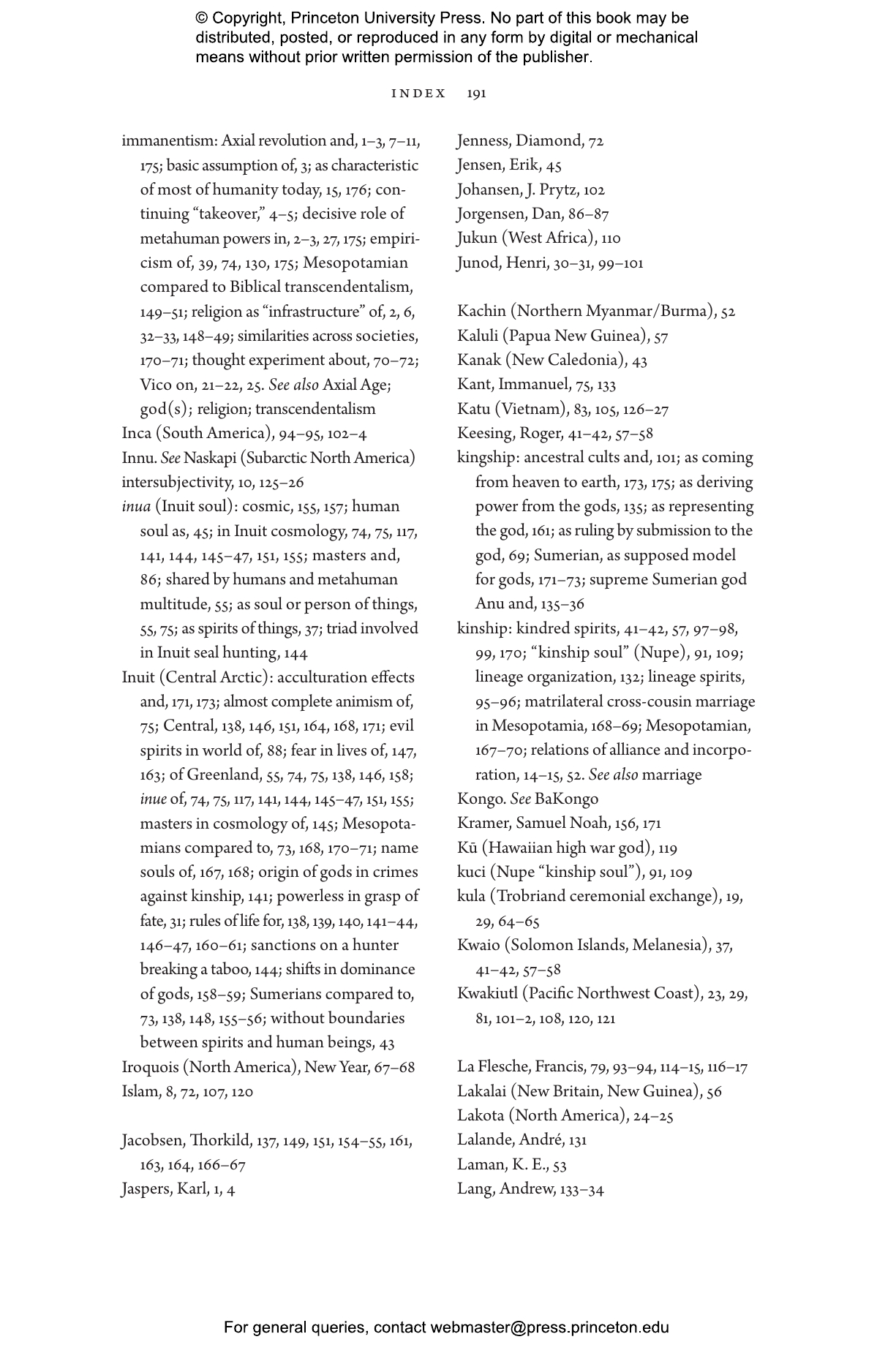 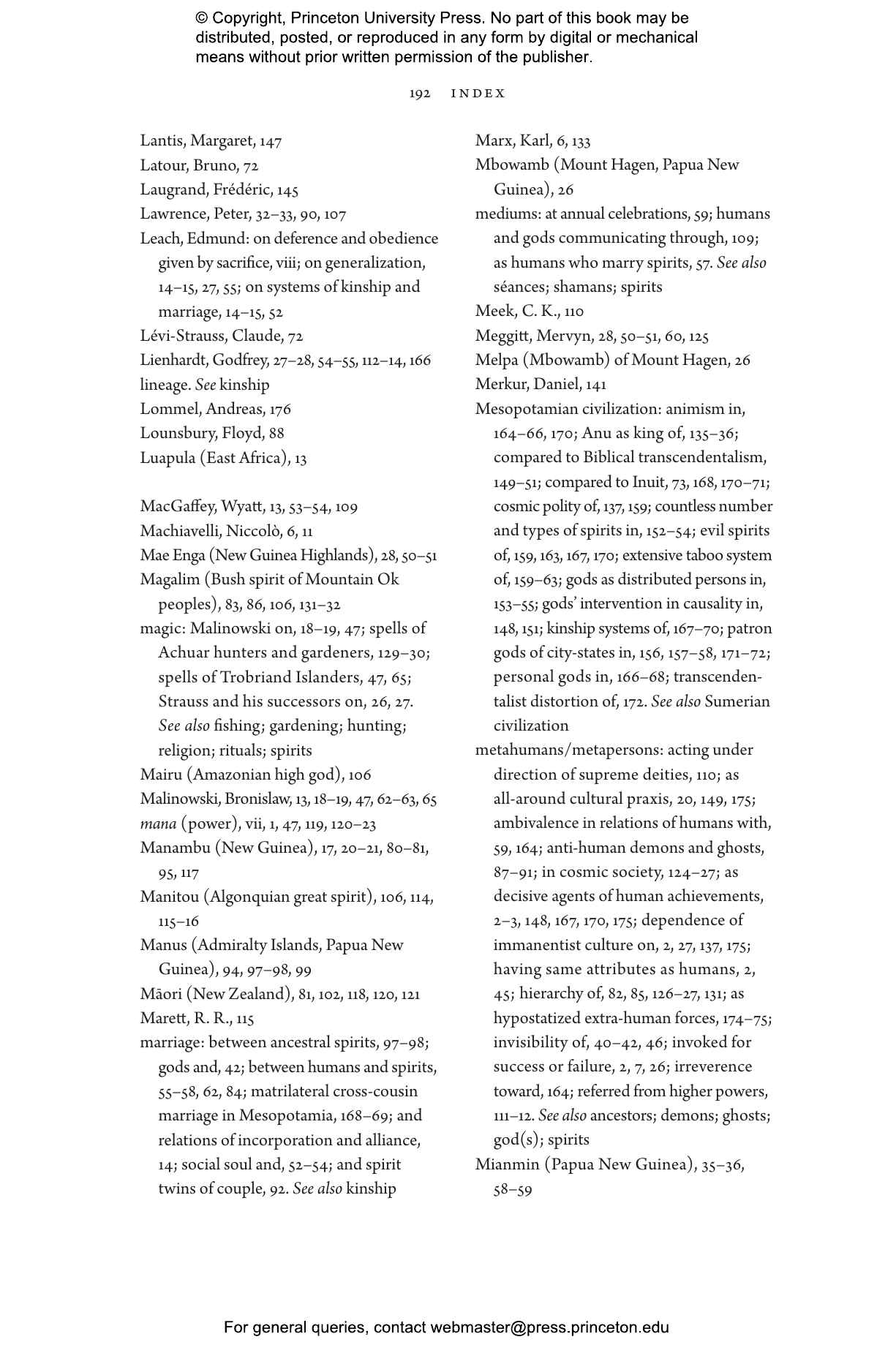 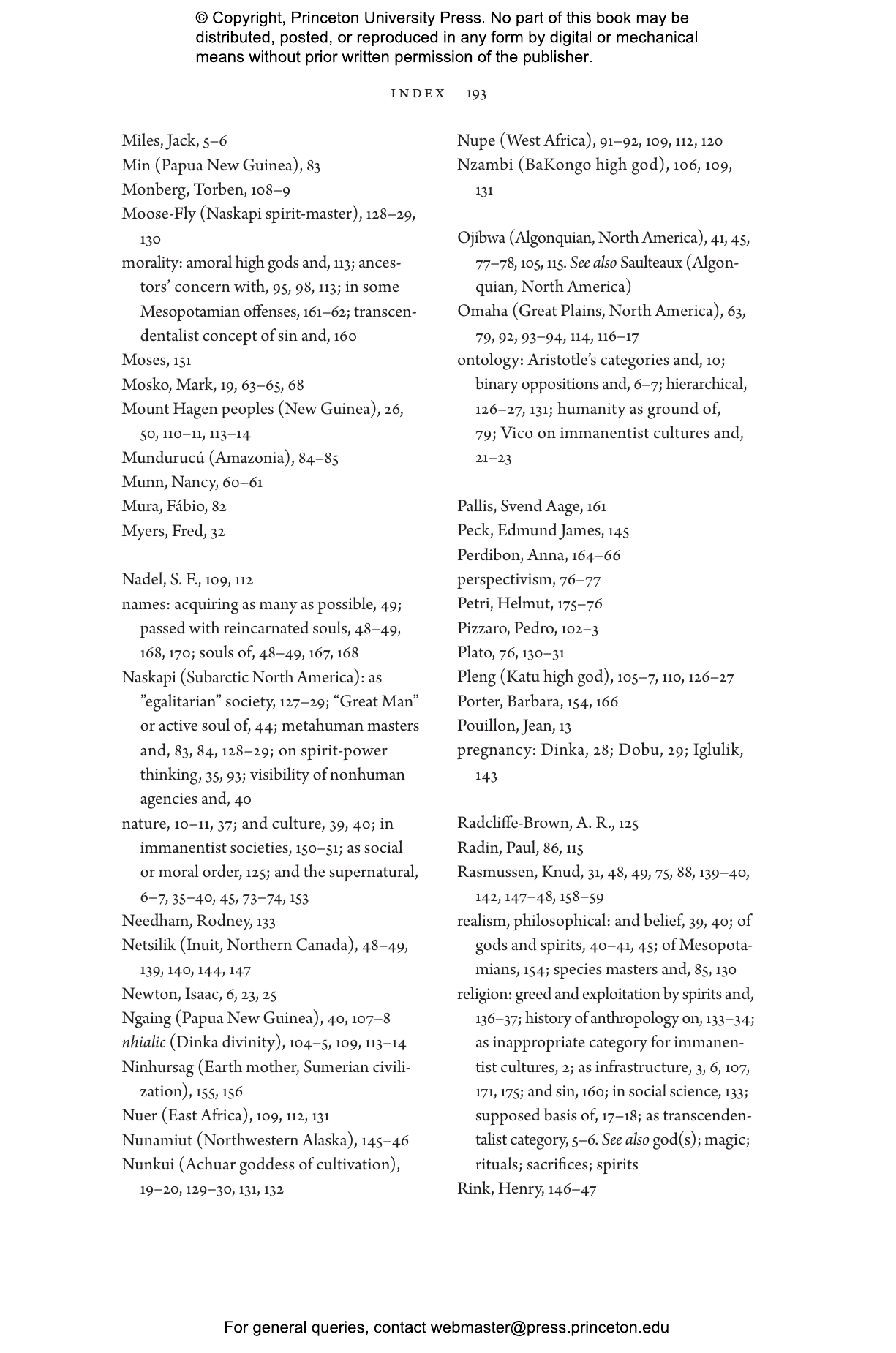 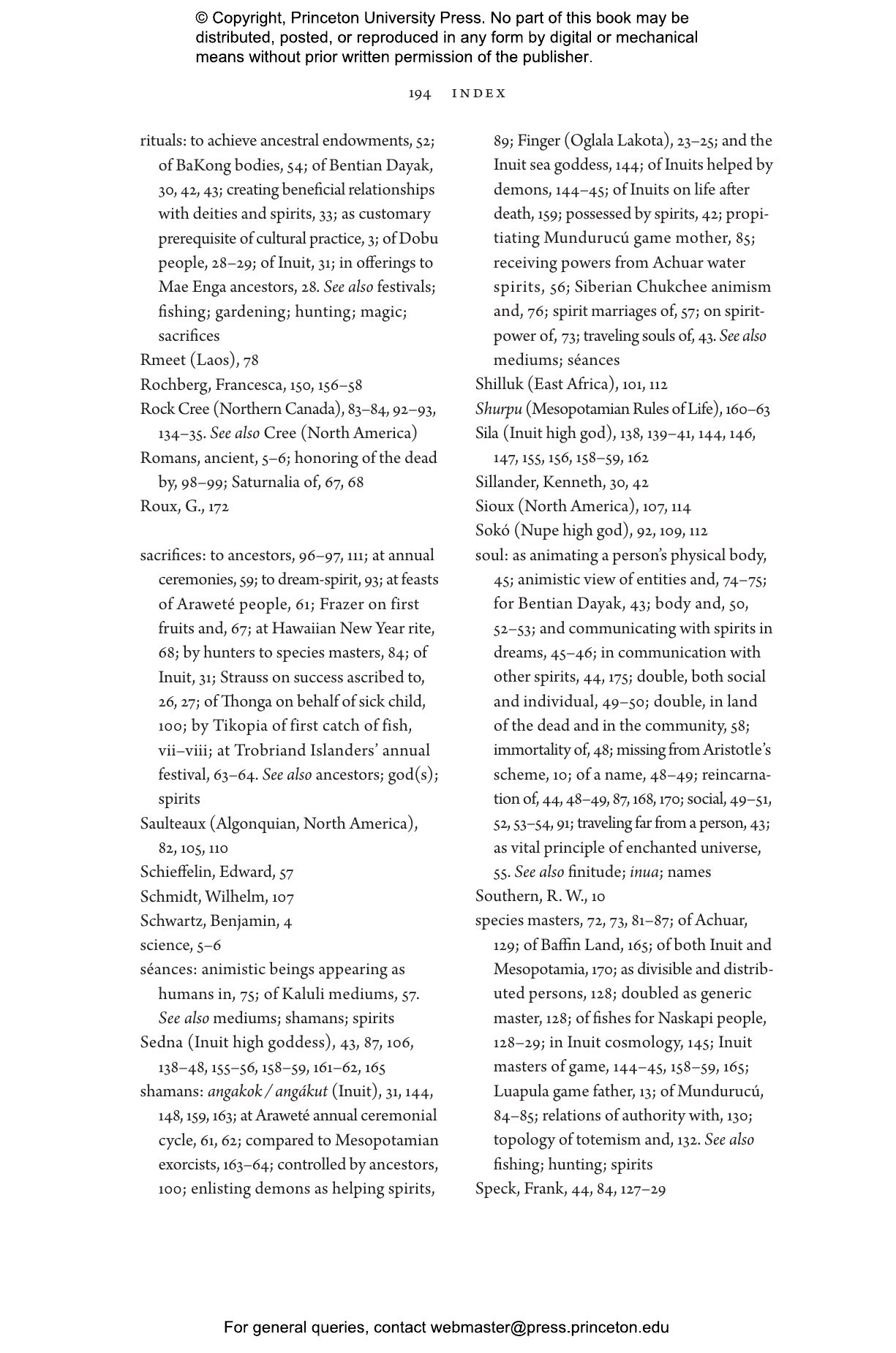 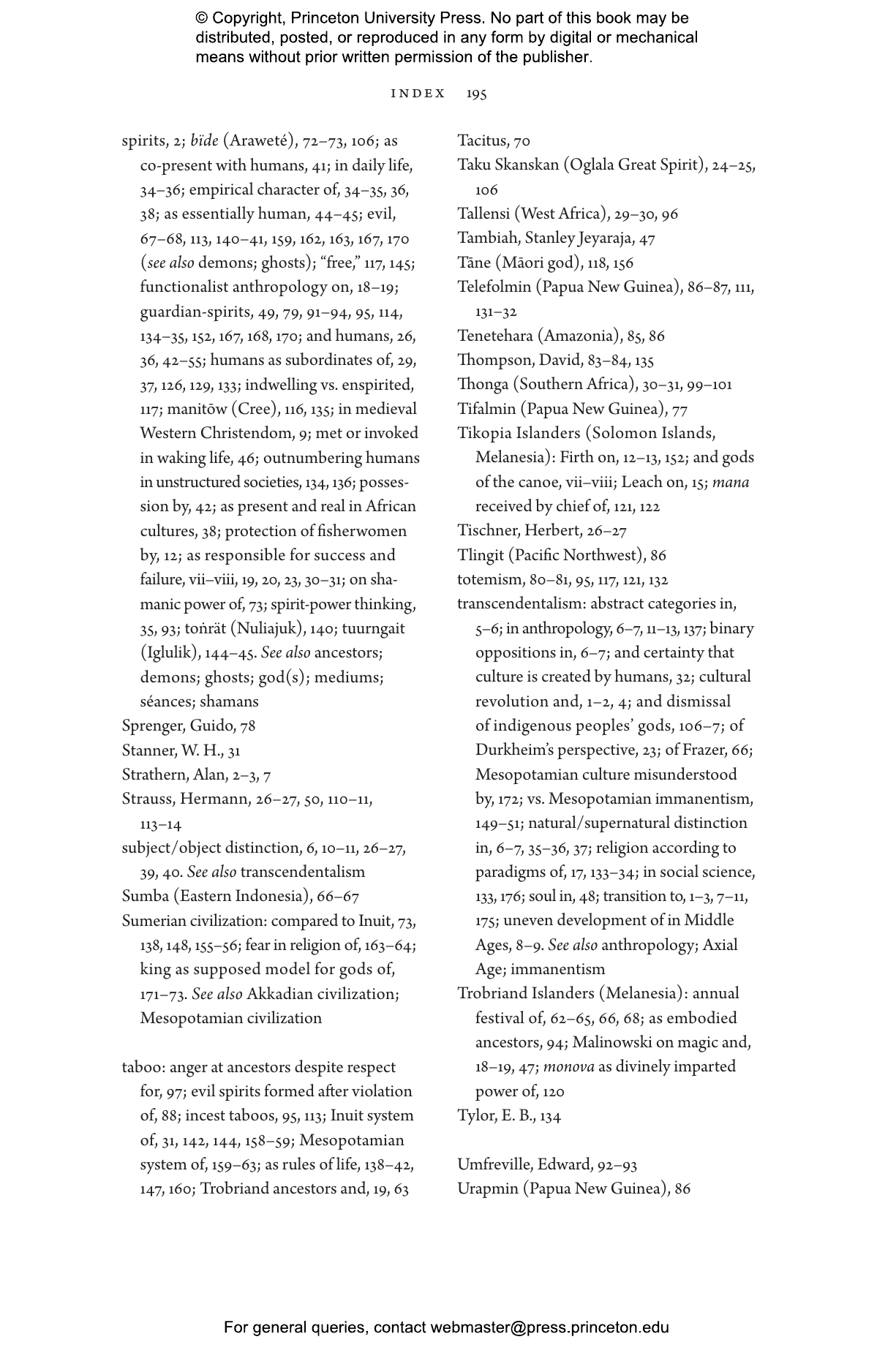 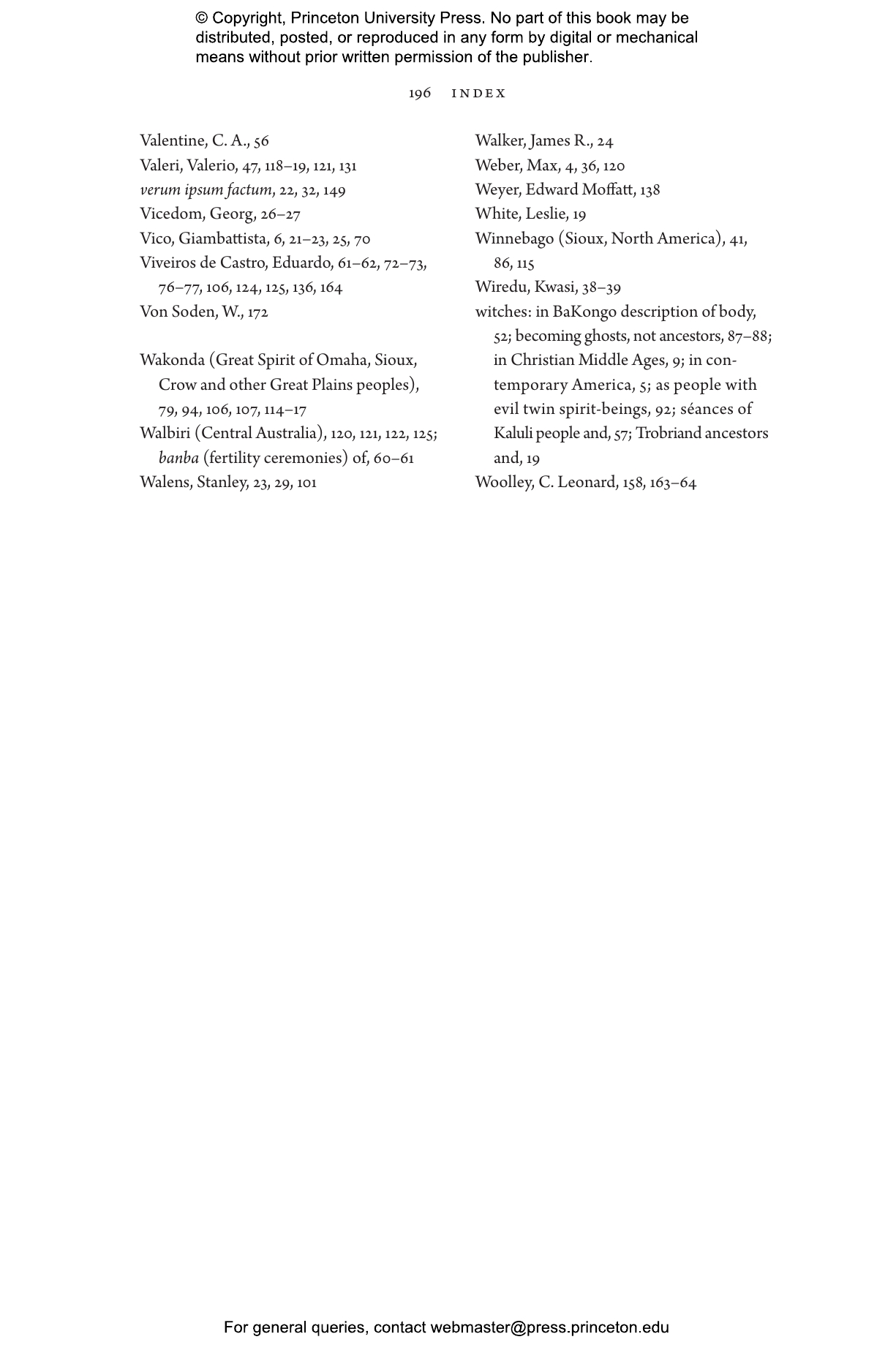 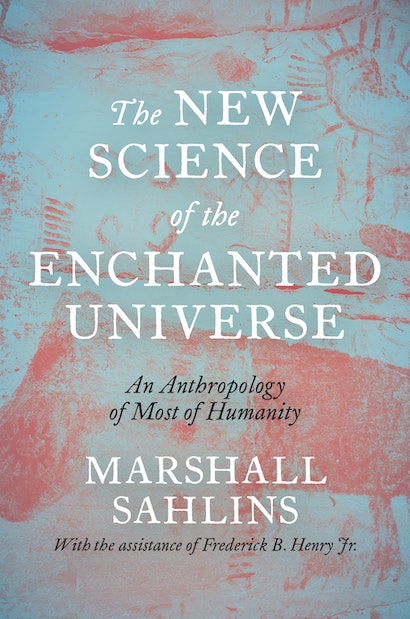 From the perspective of Western modernity, humanity inhabits a disenchanted cosmos. Gods, spirits, and ancestors have left us for a transcendent beyond, no longer living in our midst and being involved in all matters of everyday life from the trivial to the dire. Yet the vast majority of cultures throughout human history treat spirits as very real persons, members of a cosmic society who interact with humans and control their fate. In most cultures, even today, people are but a small part of an enchanted universe misconstrued by the transcendent categories of “religion” and the “supernatural.” The New Science of the Enchanted Universe shows how anthropologists and other social scientists must rethink these cultures of immanence and study them by their own lights.

In this, his last, revelatory book, Marshall Sahlins announces a new method and sets an exciting agenda for the field. He takes readers around the world, from Inuit of the Arctic Circle to pastoral Dinka of East Africa, from Araweté swidden gardeners of Amazonia to Trobriand Island horticulturalists. In the process, Sahlins sheds new light on classical and contemporary ethnographies that describe these cultures of immanence and reveals how even the apparently mundane, all-too-human spheres of “economics” and “politics” emerge as people negotiate with, and ultimately usurp, the powers of the gods.

The New Science of the Enchanted Universe offers a road map for a new practice of anthropology that takes seriously the enchanted universe and its transformations from ancient Mesopotamia to contemporary America.

Marshall Sahlins (1930–2021) was the Charles F. Grey Distinguished Service Professor Emeritus of Anthropology at the University of Chicago and the author of many books, including Stone Age Economics and Culture and Practical Reason. Frederick B. Henry Jr. is an independent scholar and translator.

"A characteristically feisty final statement from one of the greatest anthropologists of the past century."—Science

“This much-anticipated volume brings us Sahlins at his iconoclastic best. His voice leaps from the pages in a magnificent reprise of a scholar-warrior’s lifelong challenge to visions of humankind at large. That largesse here becomes a mode of restorative justice, exposing the anthropocentrism at the heart of so much explanation, a jolt to bring us to our senses.”—Marilyn Strathern, author of Relations: An Anthropological Account

“Sahlins draws on his vast erudition to guide us to the realization that the disenchanted world of modernity and its conceptual divides—the animate versus the inanimate, the material versus the spiritual—denote but a state of exception in human history. The New Science of the Enchanted Universe is a lasting gift that Sahlins’s readers will treasure and cherish.”—Dipesh Chakrabarty, author of The Climate of History in a Planetary Age

“The New Science of the Enchanted Universe is a work of profound scholarship and remarkable theoretical daring. The crowning achievement of a long and brilliant anthropological career, this book is destined to become a classic.”—Eduardo Viveiros de Castro, author of The Relative Native: Essays on Indigenous Conceptual Worlds

“Marshall Sahlins has never published a book that didn’t change how anthropologists think about the ways humans live, and this is no exception. The New Science of the Enchanted Universe is peak Sahlins, at once a tour de force of anthropological argument and a great read.”—Joel Robbins, author of Becoming Sinners: Christianity and Moral Torment in a Papua New Guinea Society

“Marshall Sahlins recovers for us in this great last work the vivid presence of the local and immanent religions forced to the world’s margins by more abstract, transcendent faiths. No reader, religious or secular, can fail to be fascinated.”—Paul Seabright, author of The Company of Strangers: A Natural History of Economic Life

“In this capstone to a life’s work, Marshall Sahlins offers a sweeping vision of humanity and the gods, delivered with his inimitable blend of panache and provocation.”—Webb Keane, author of Ethical Life: Its Natural and Social Histories

“Who else but Marshall Sahlins could have retrieved from their ethnographical and historical vaults the enchanted stories of immanentism? This great voice of anthropology, still booming posthumously, not only uncovers worlds that flourish away from transcendence but also critically reveals how the social sciences have misportrayed these worlds and their plural denizens.”—Philippe Descola, author of Beyond Nature and Culture