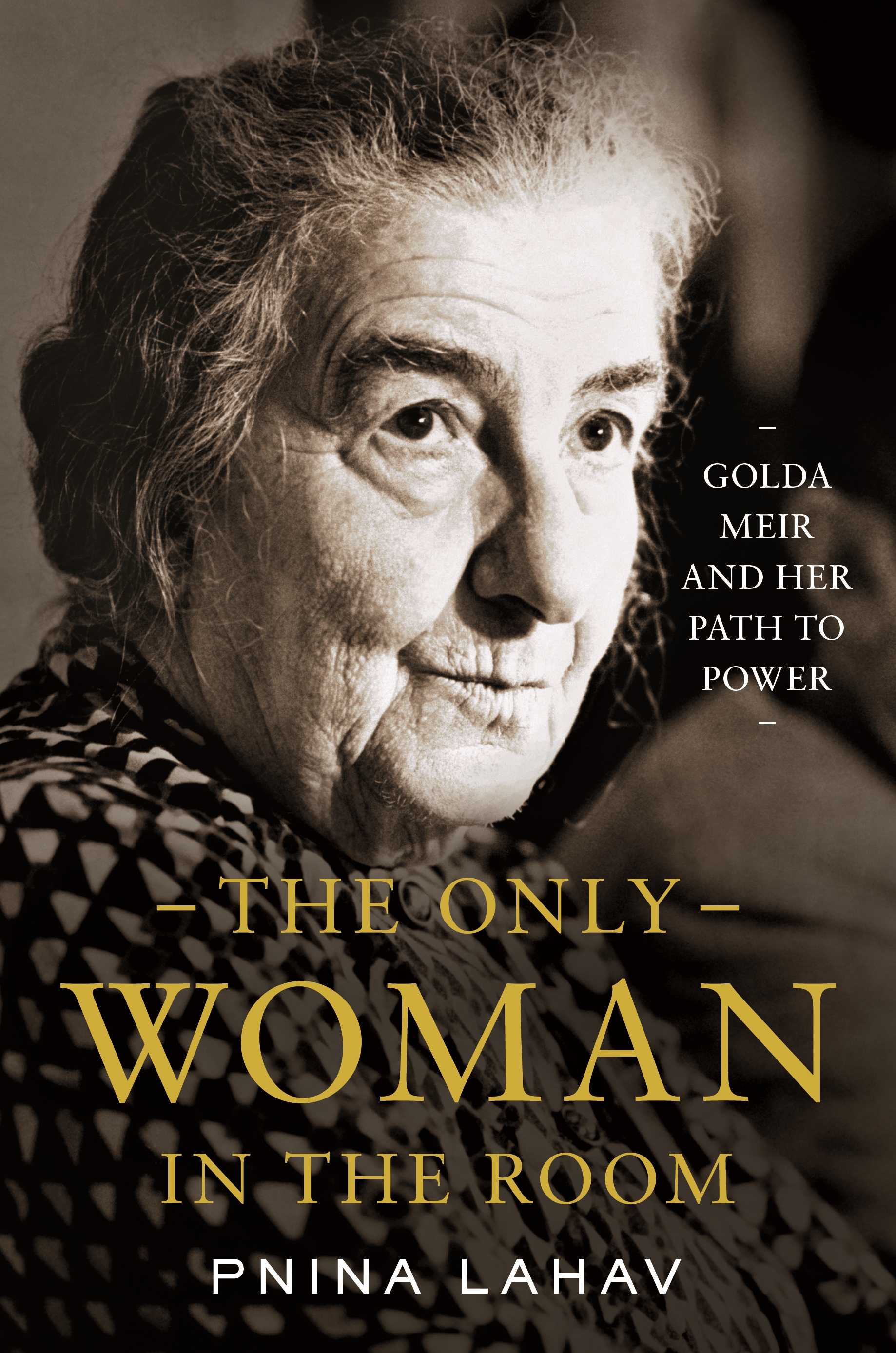 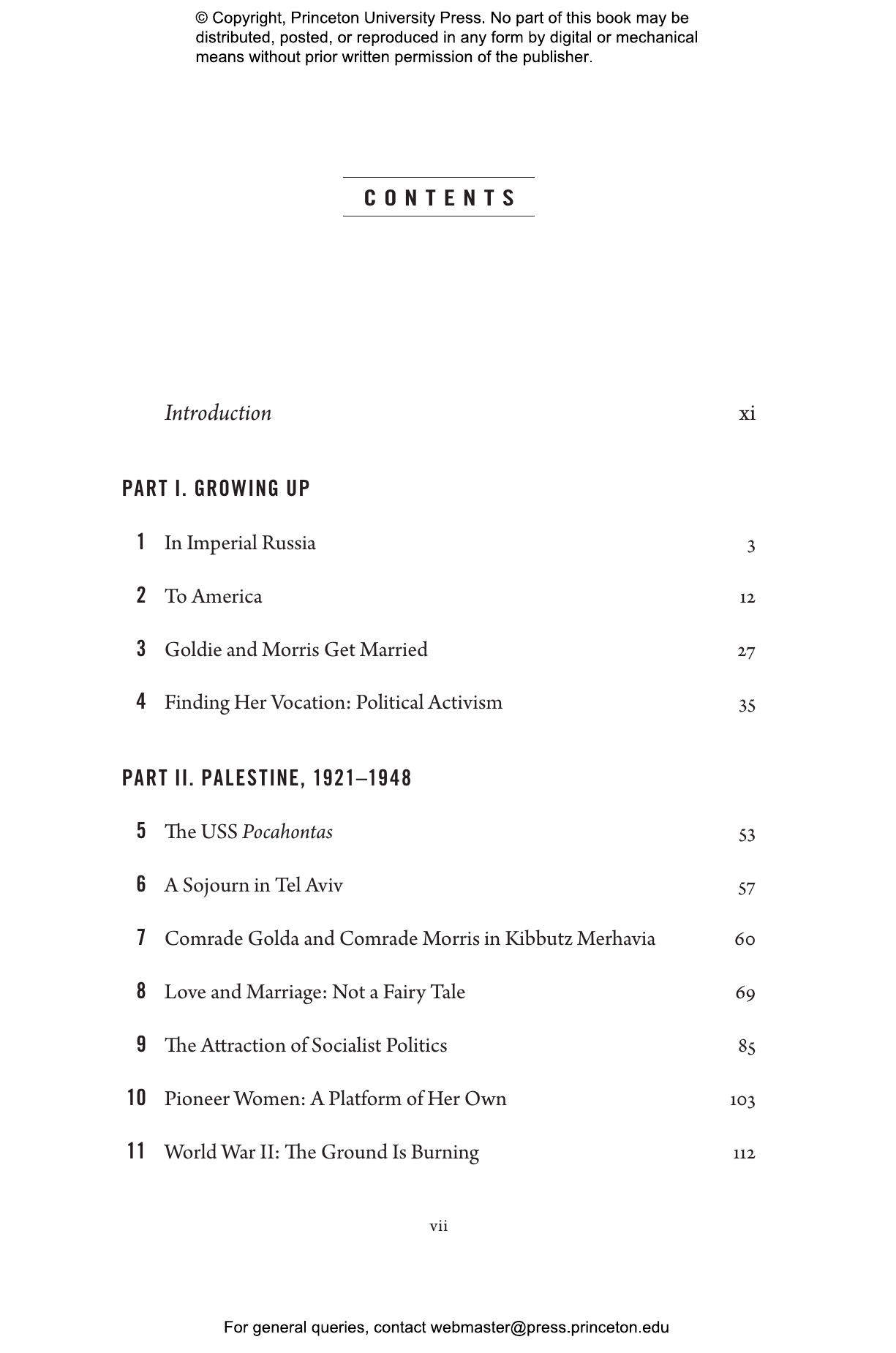 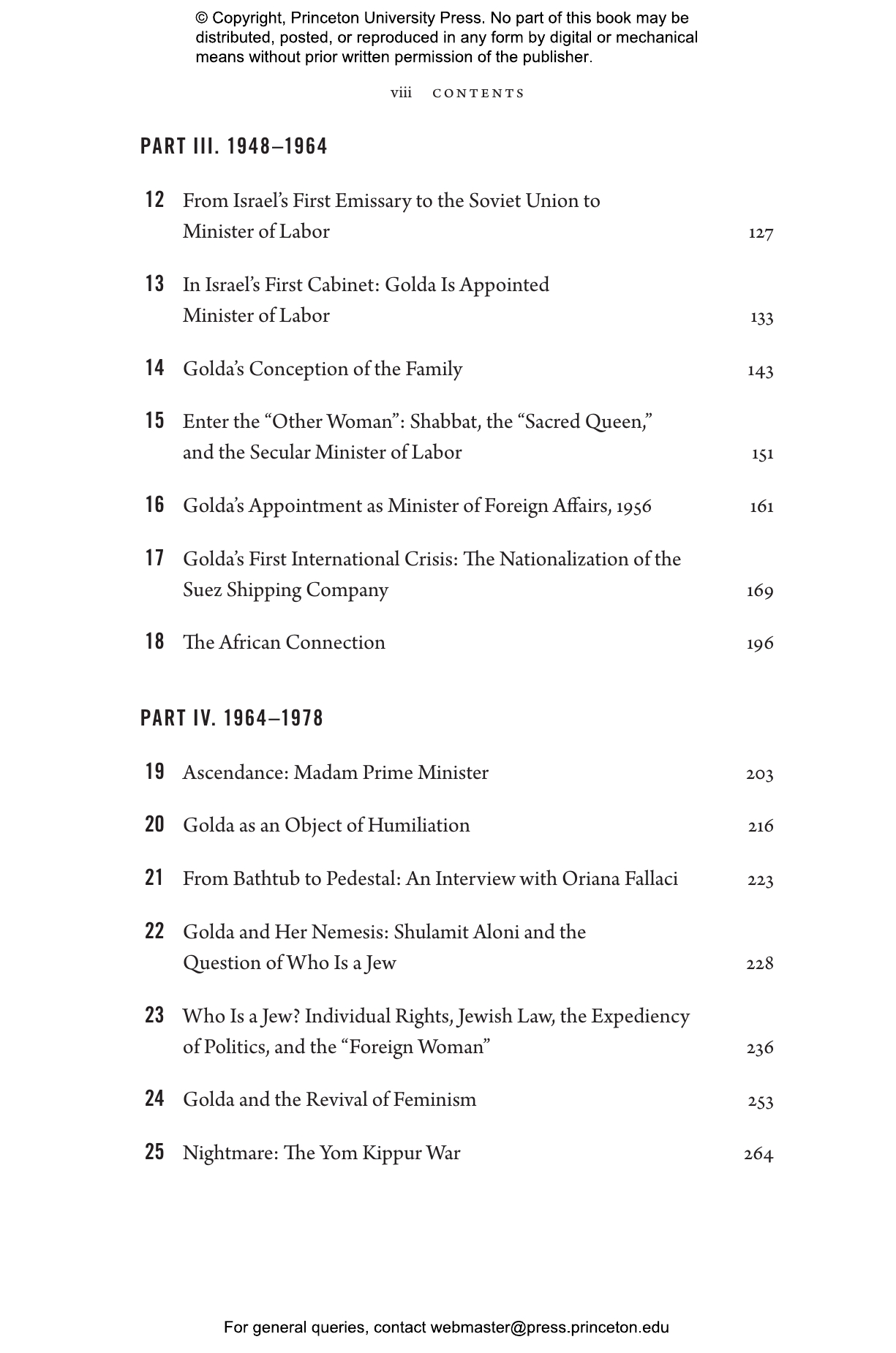 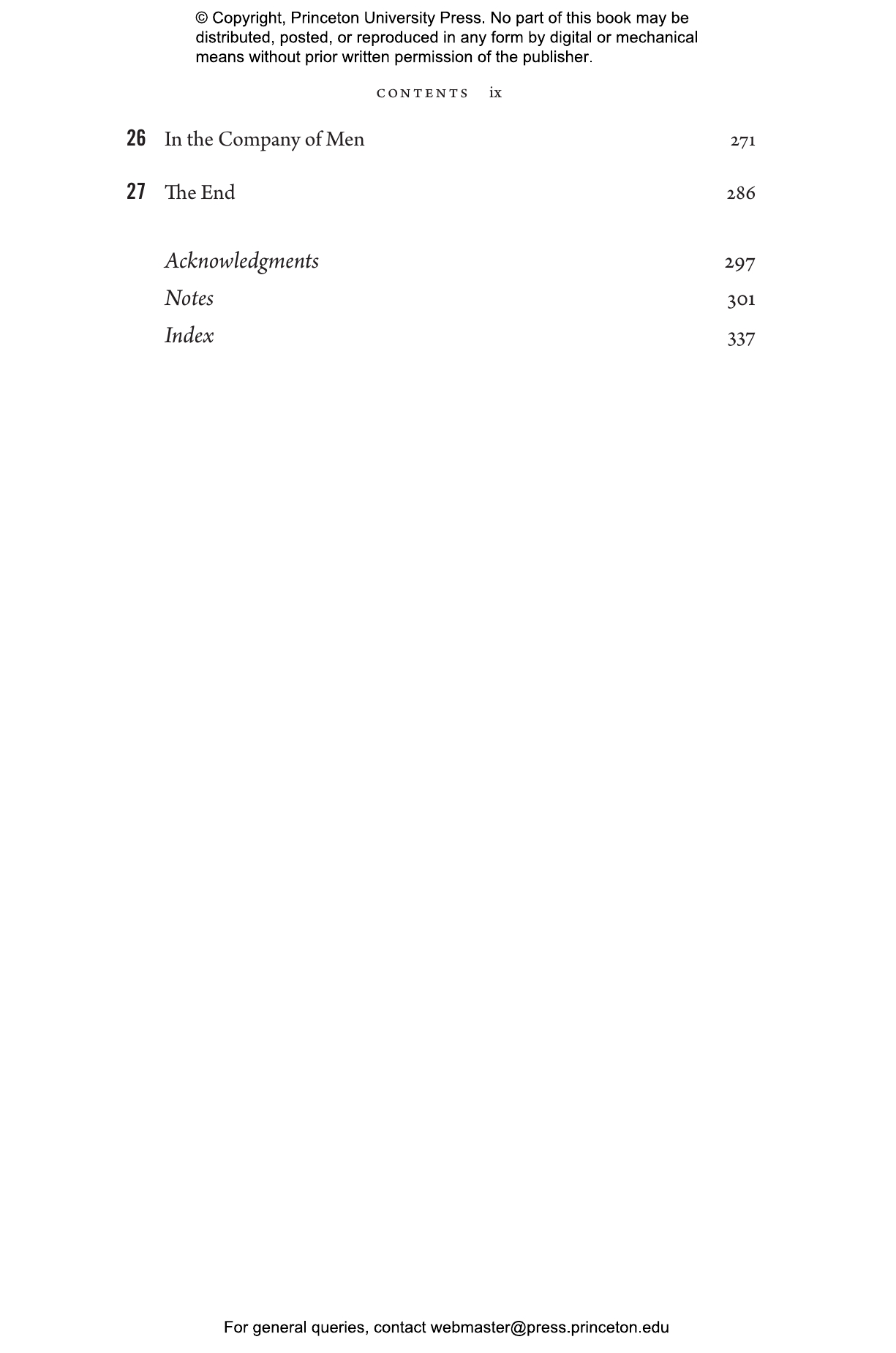 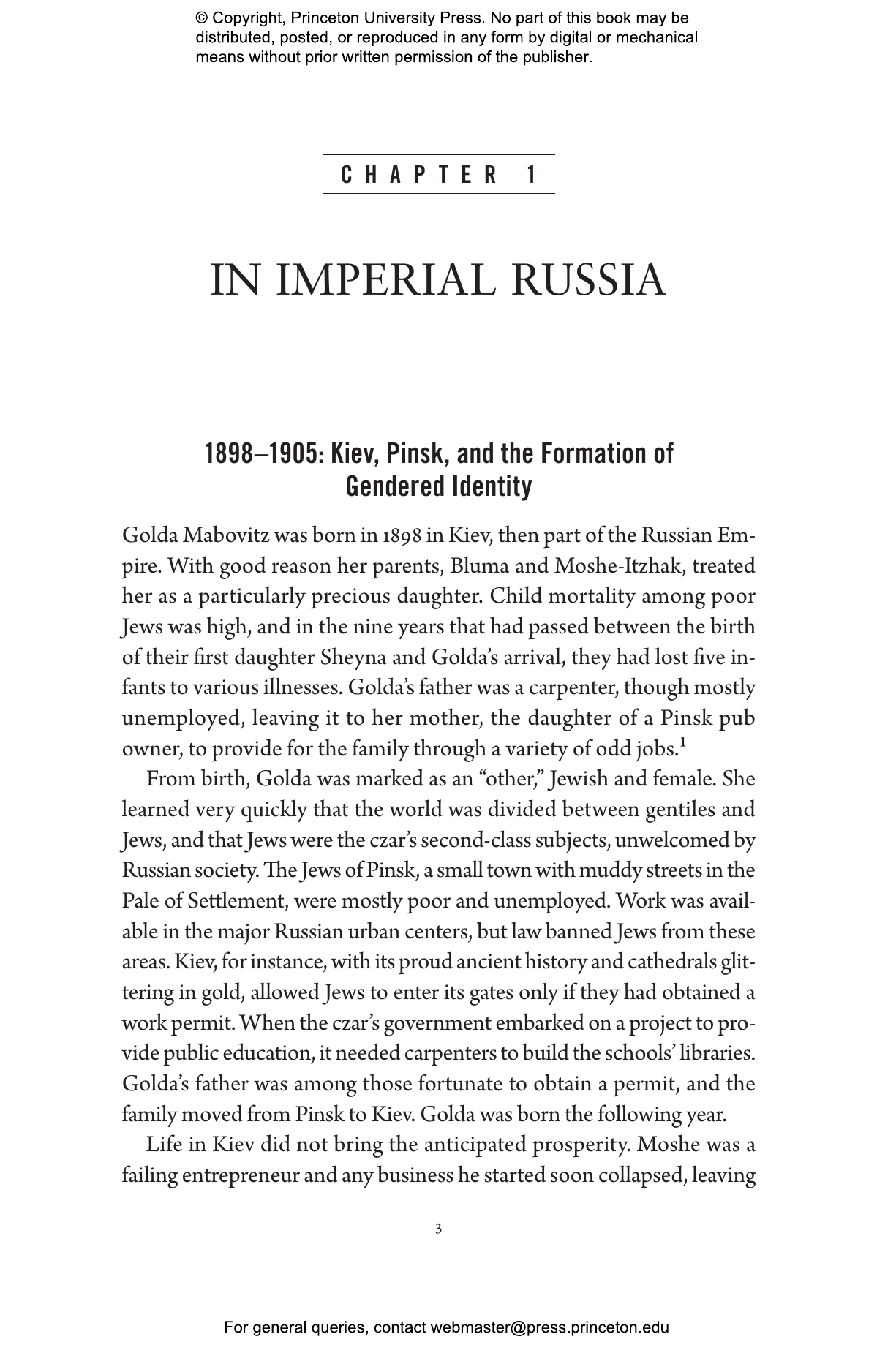 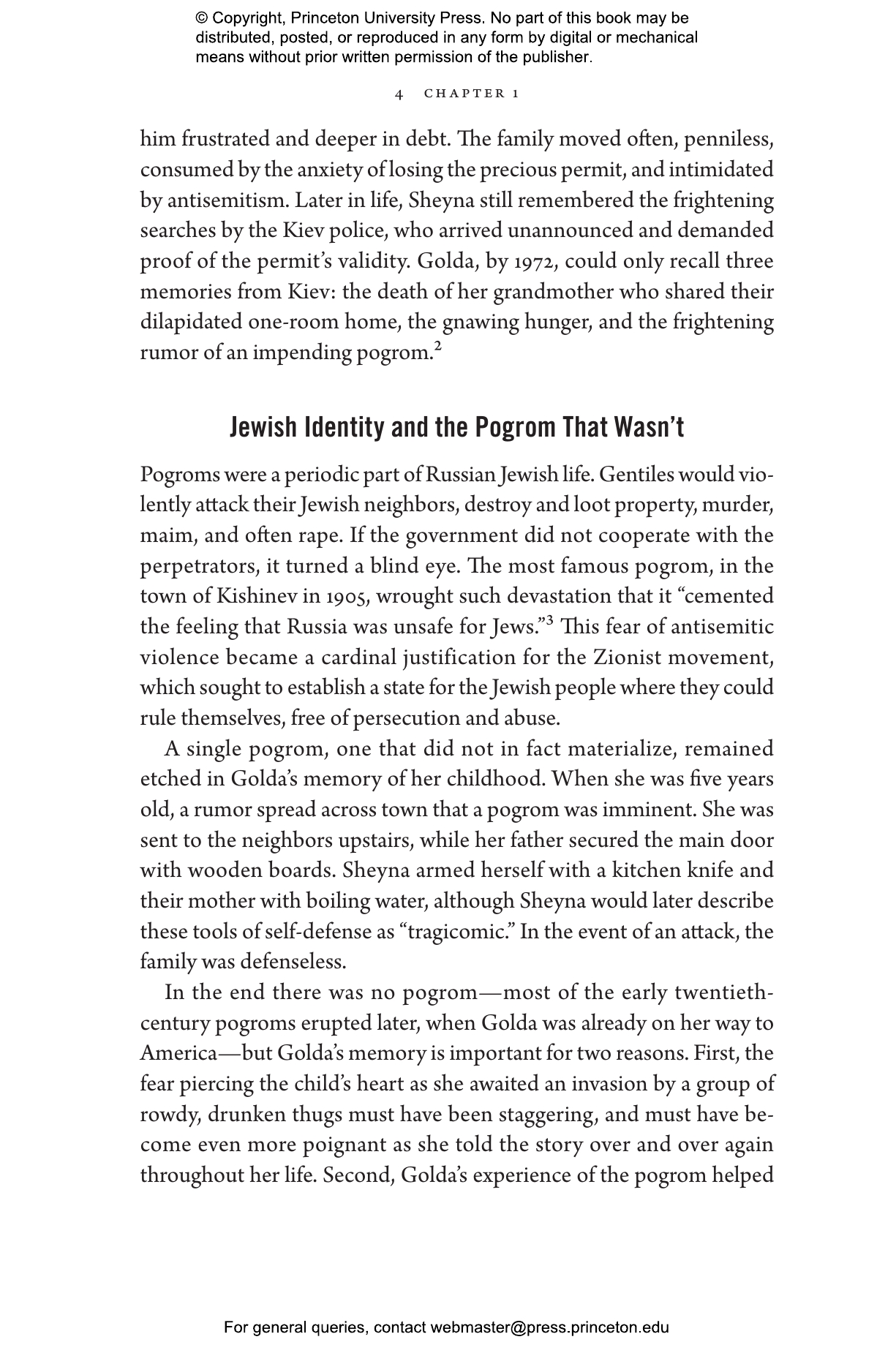 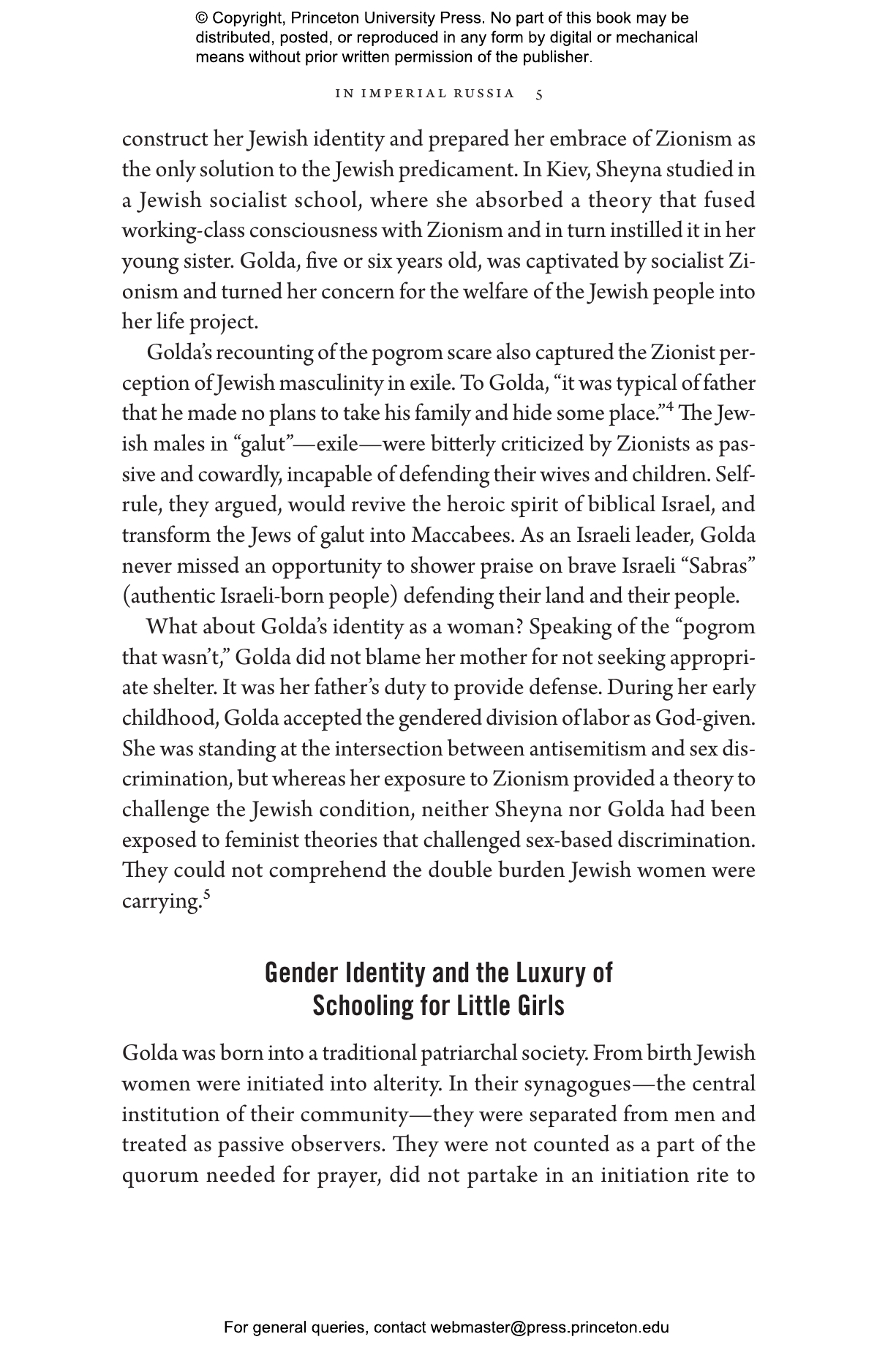 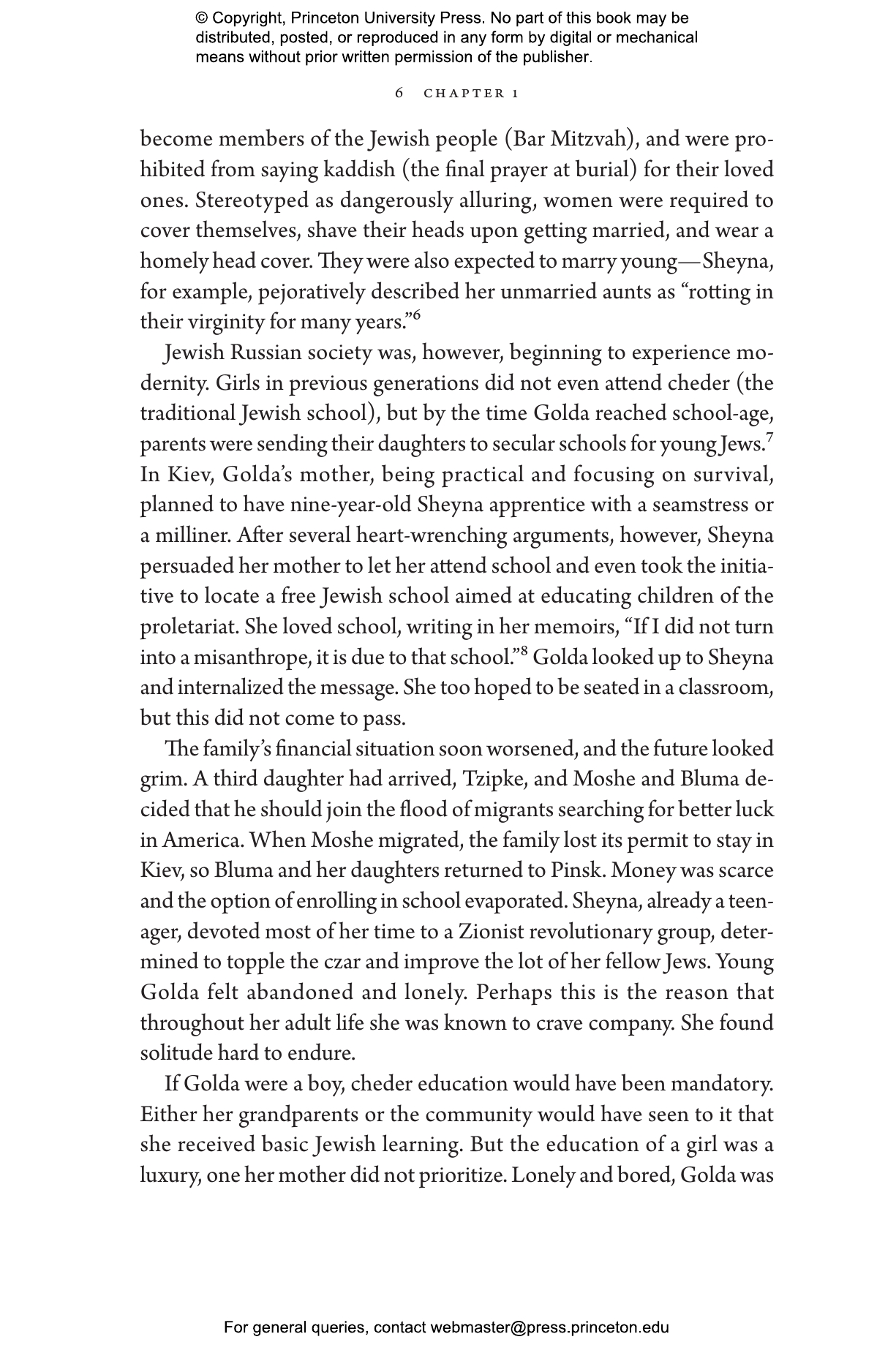 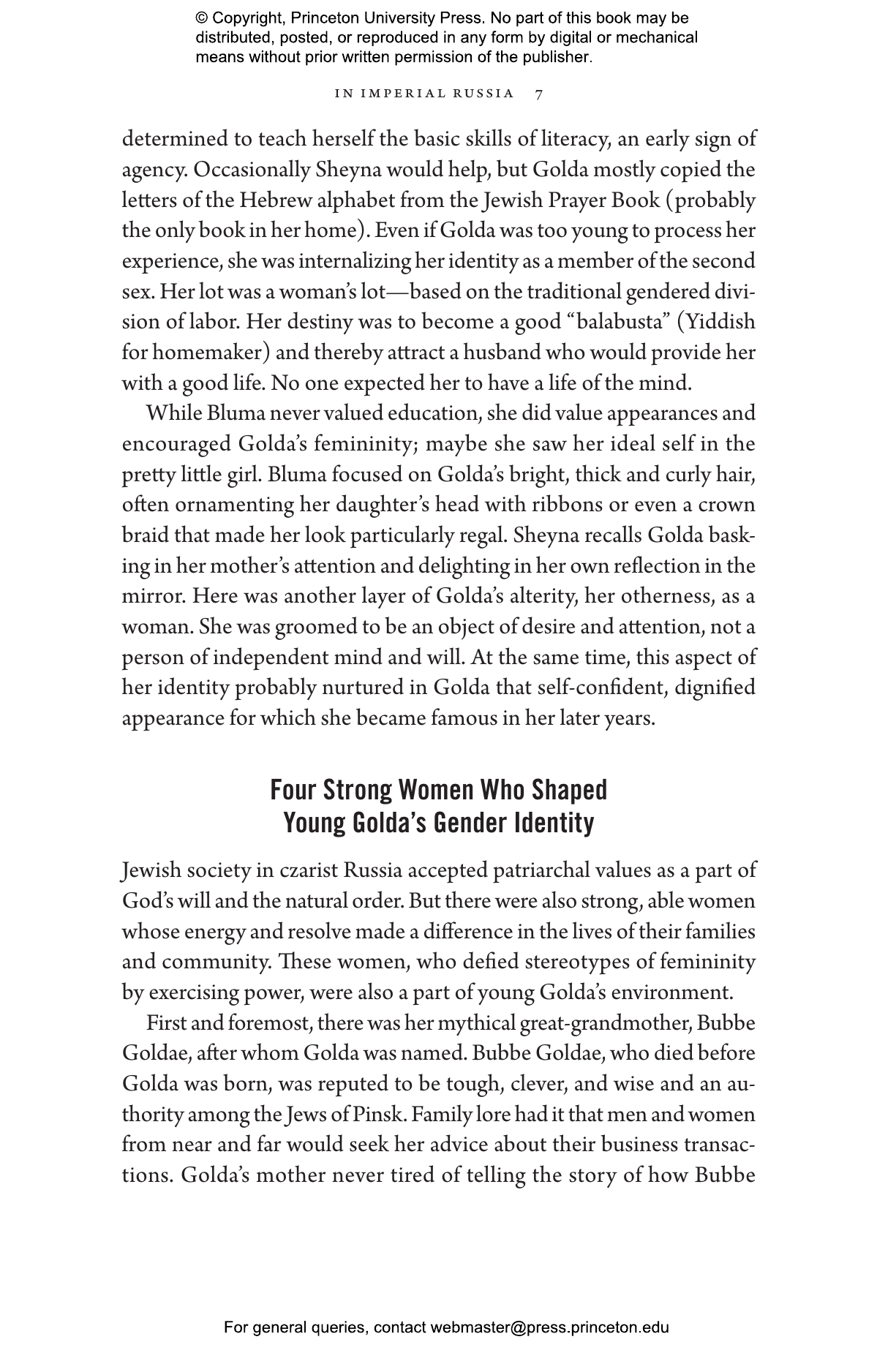 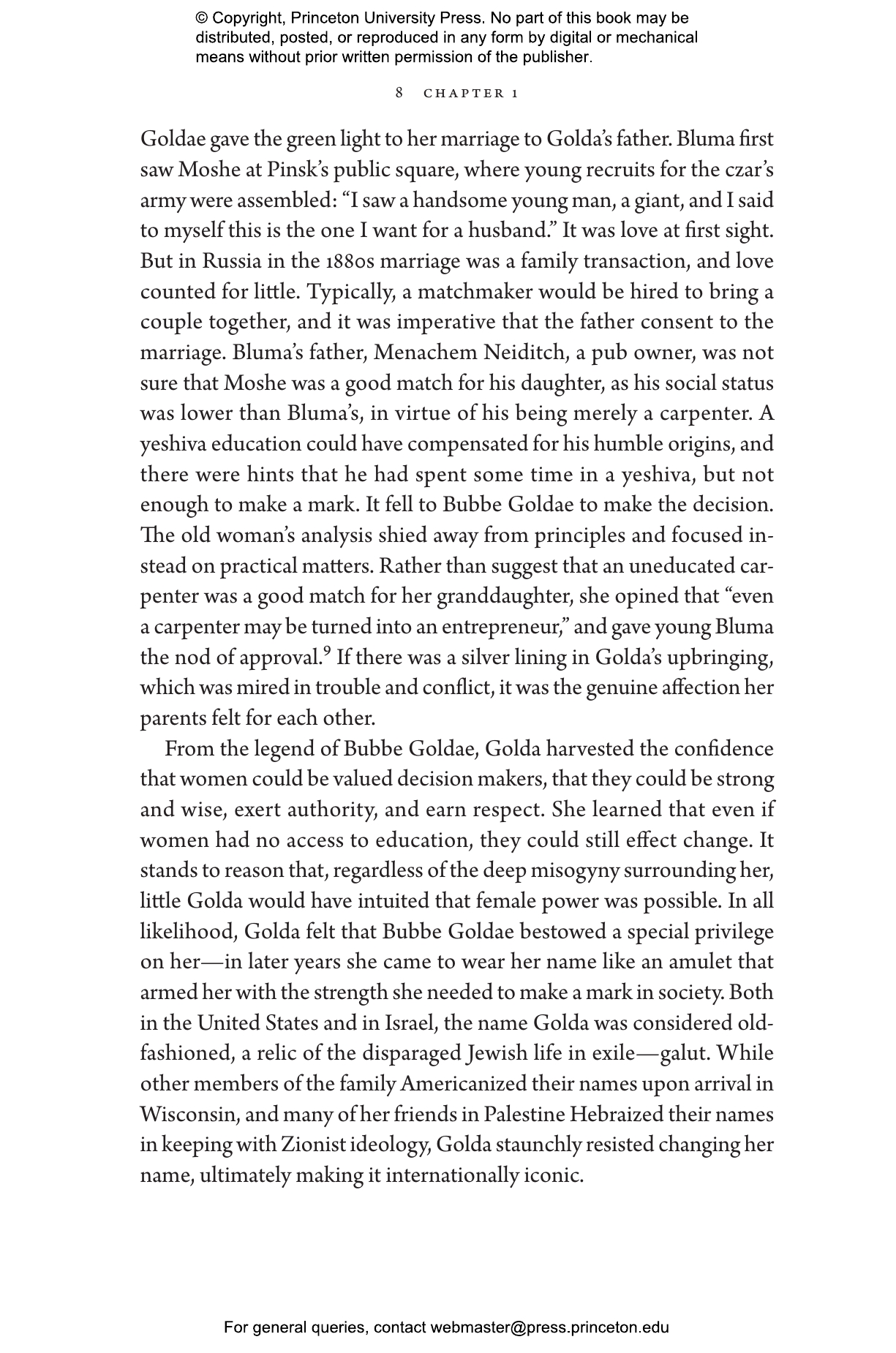 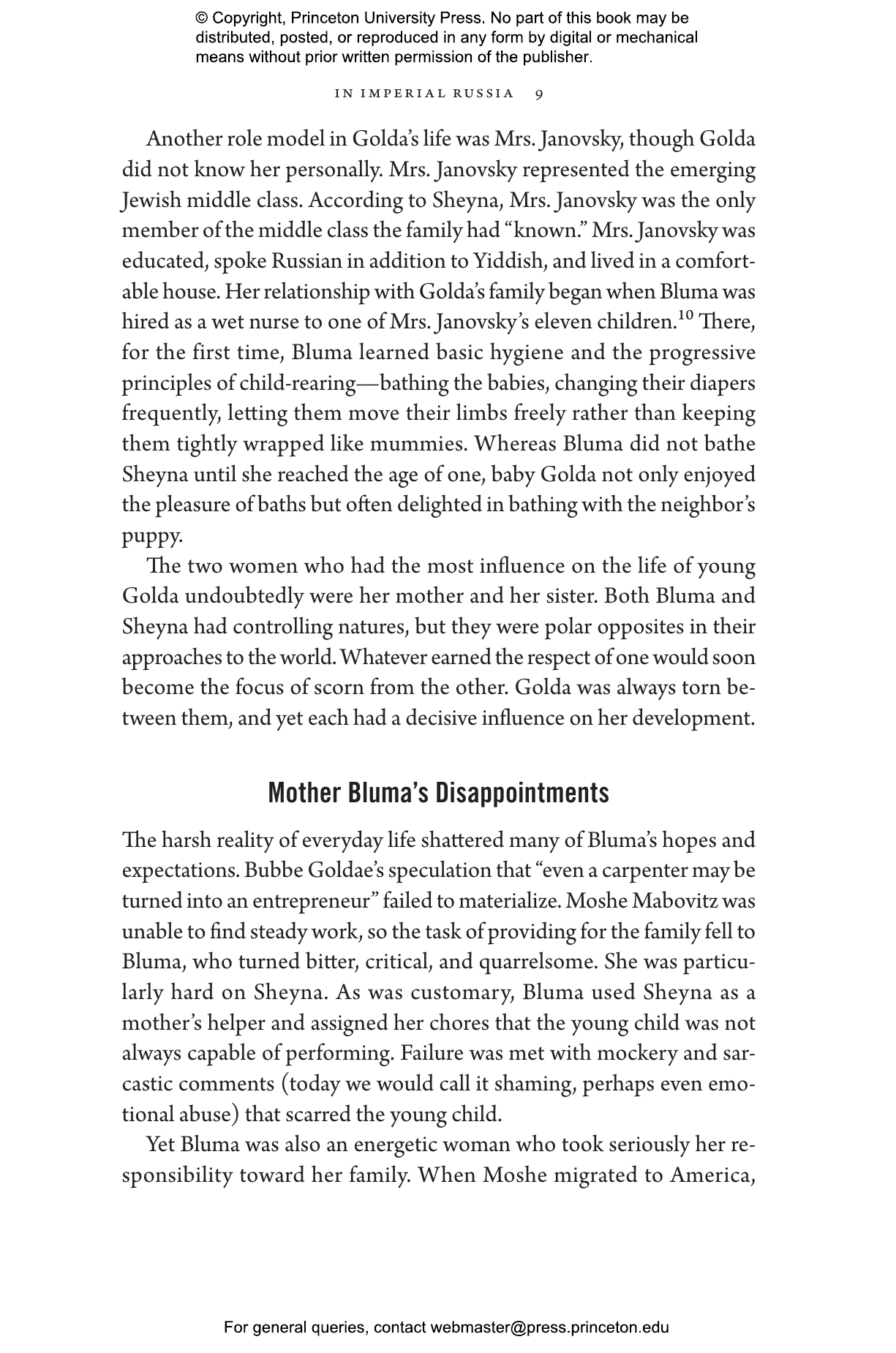 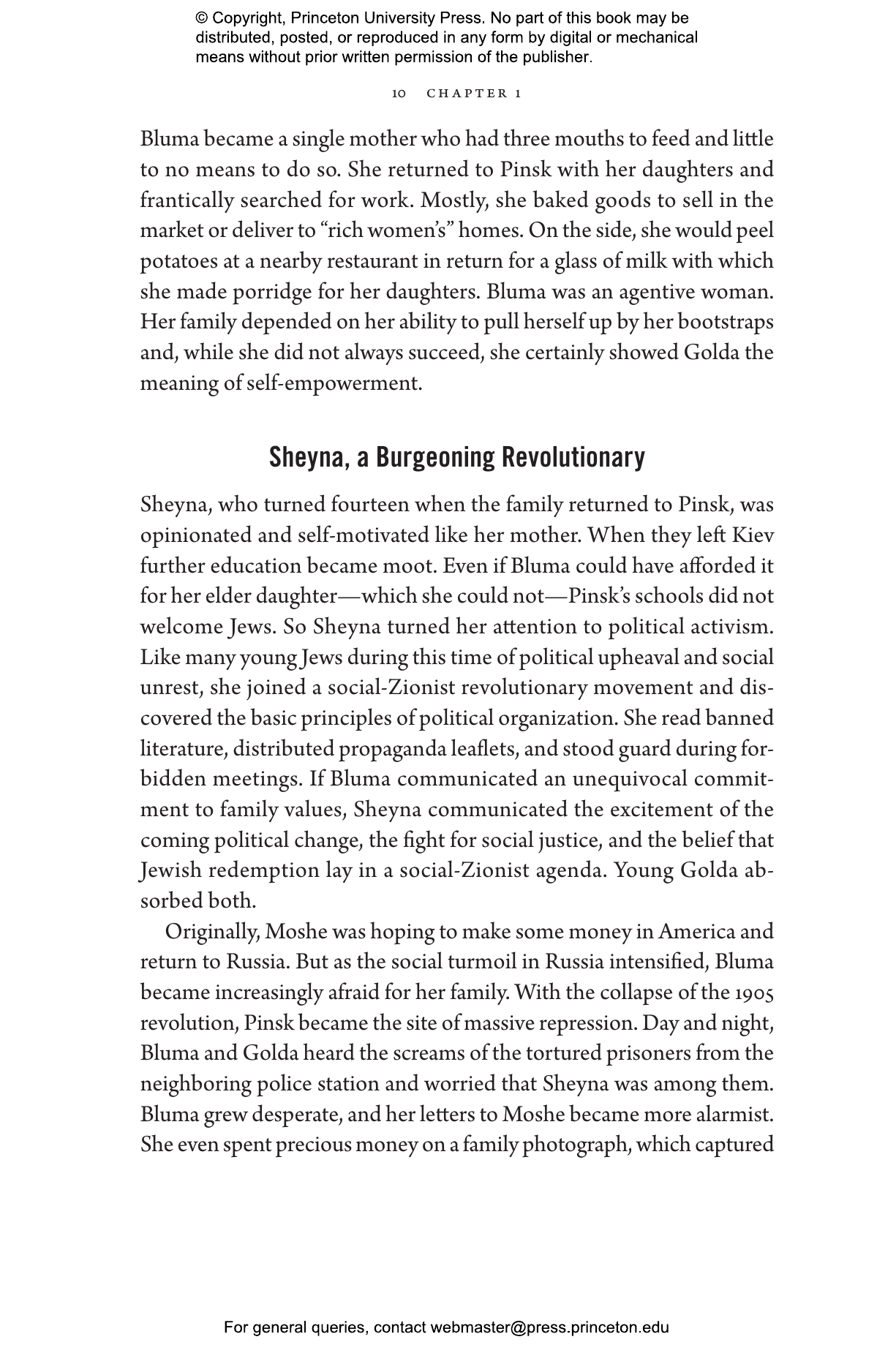 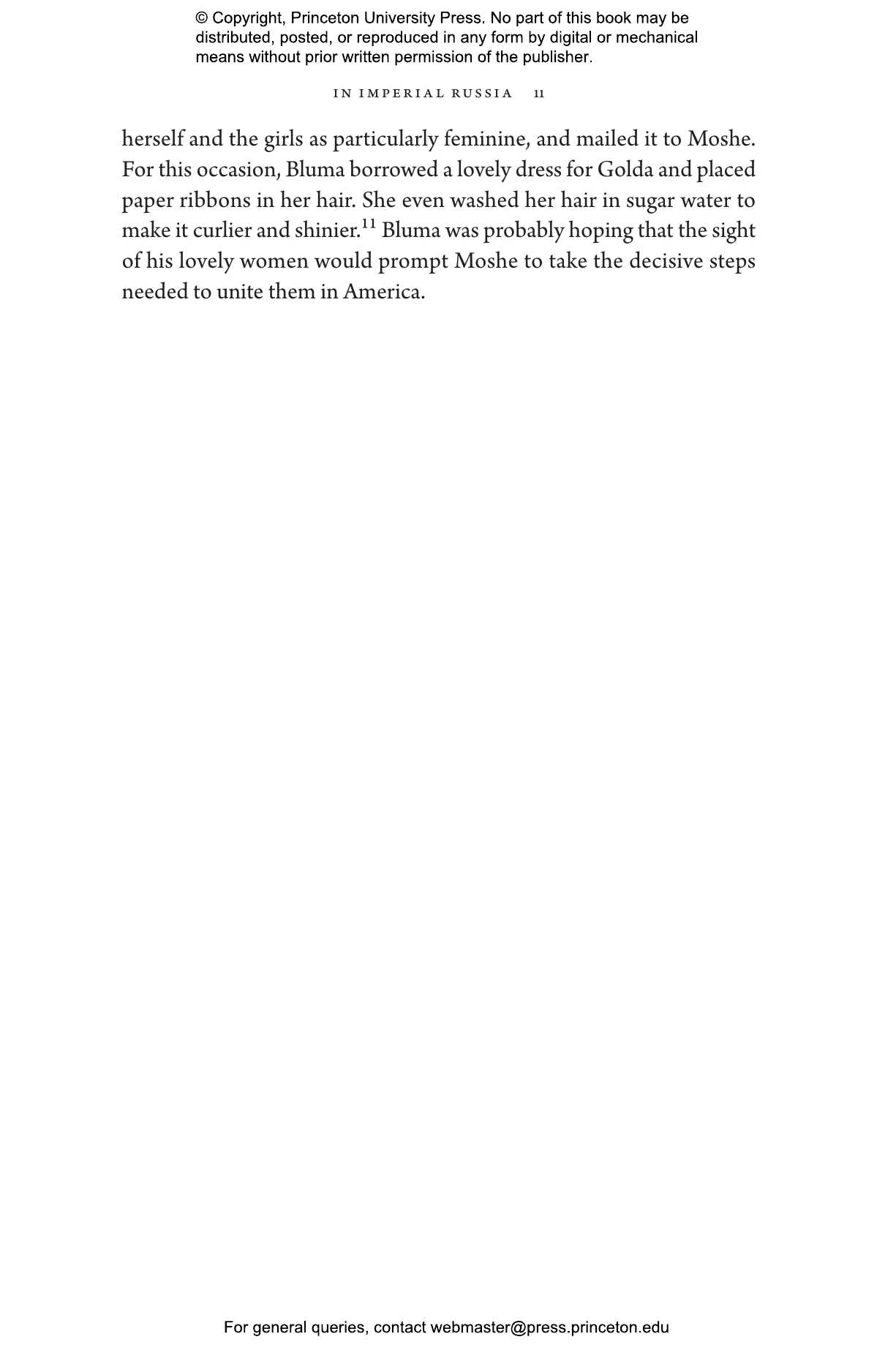 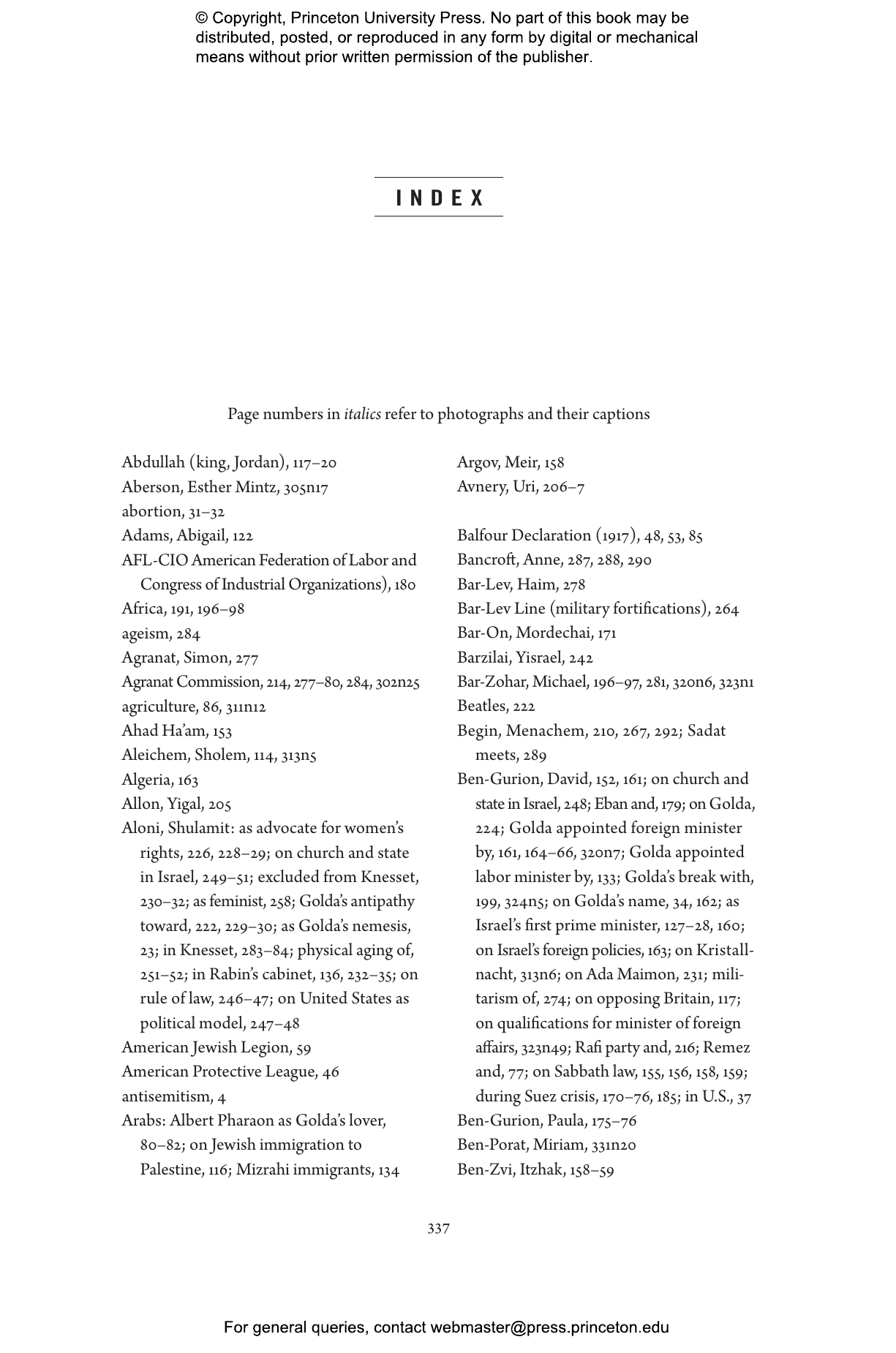 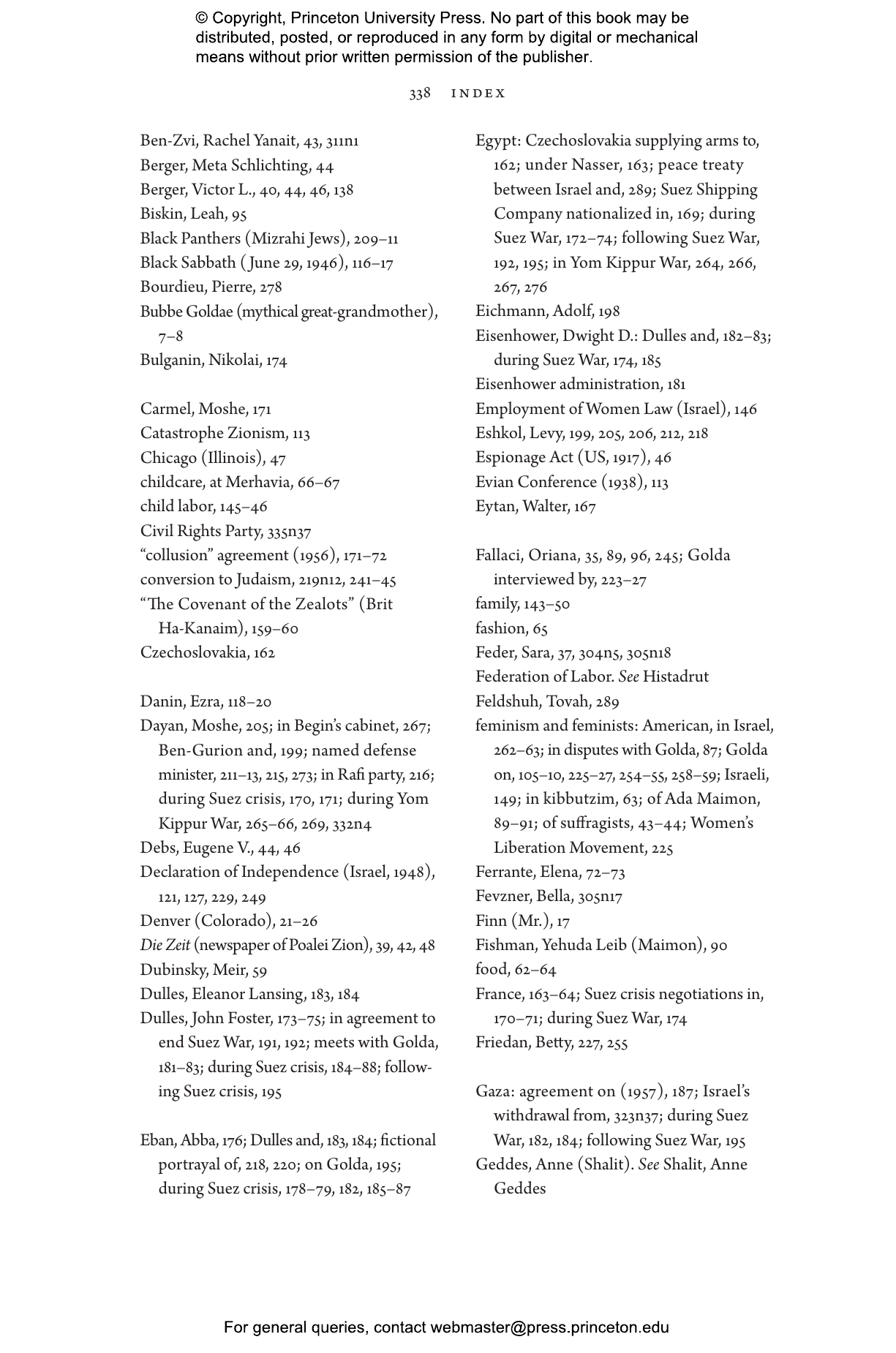 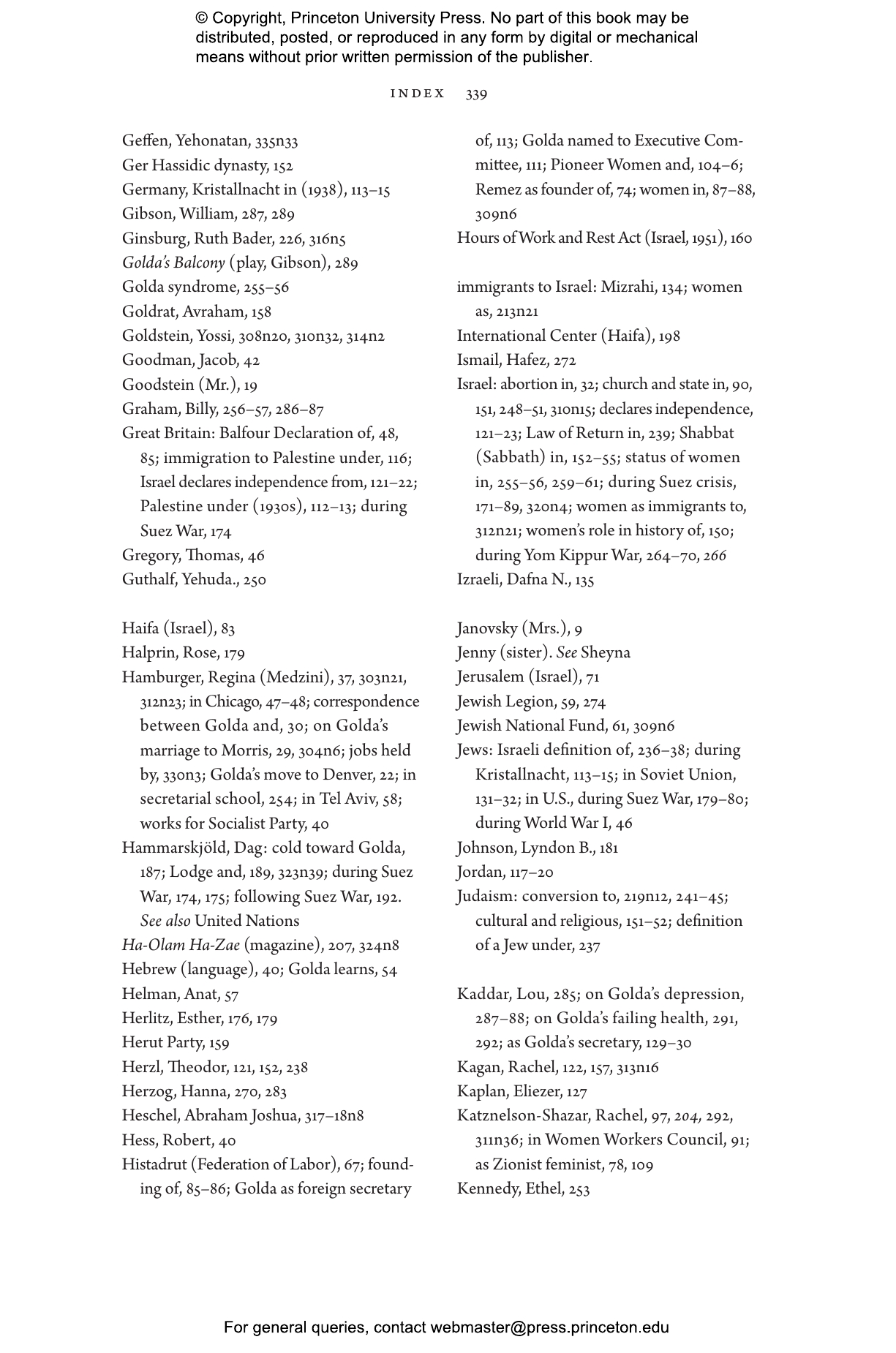 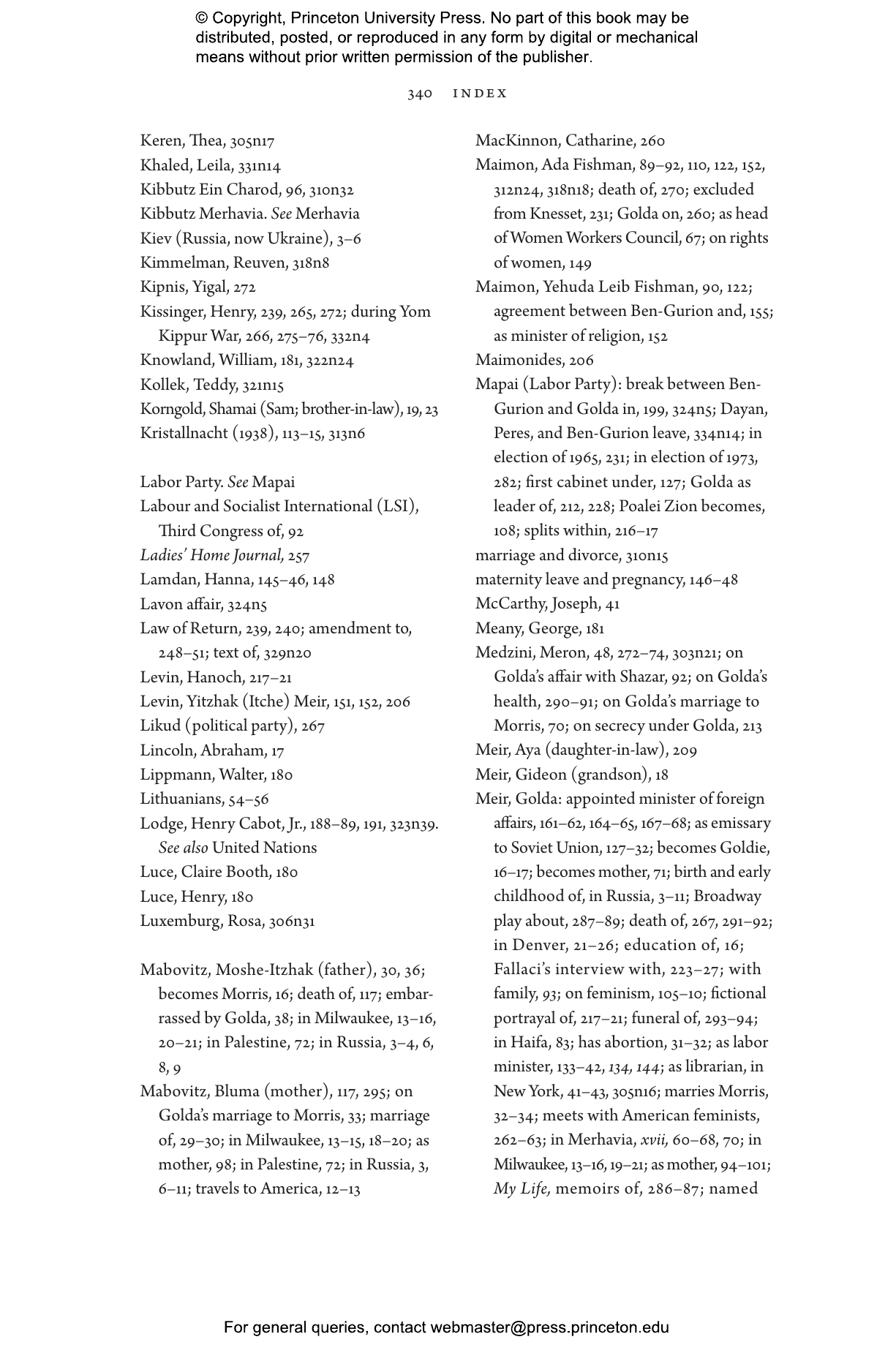 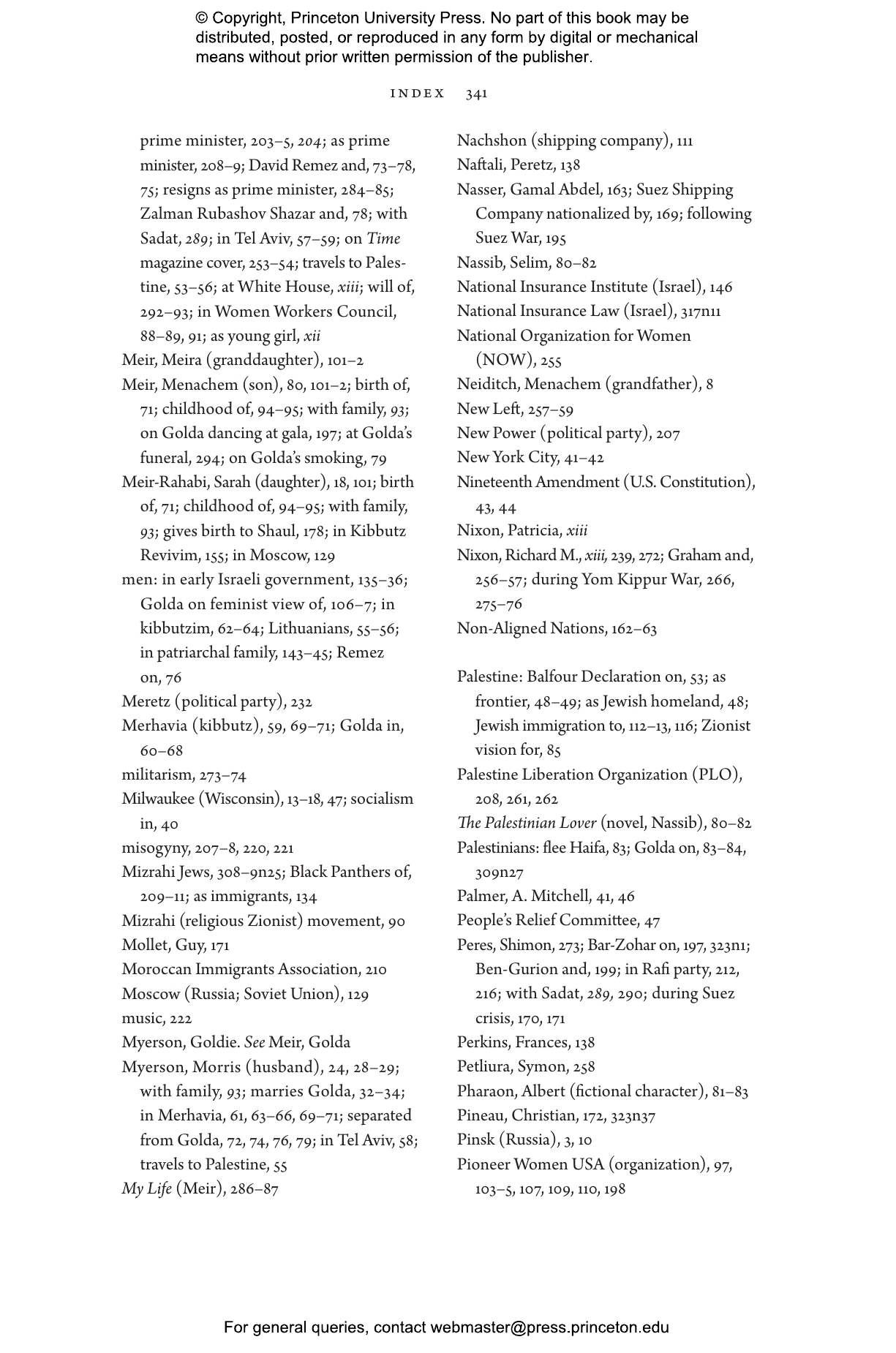 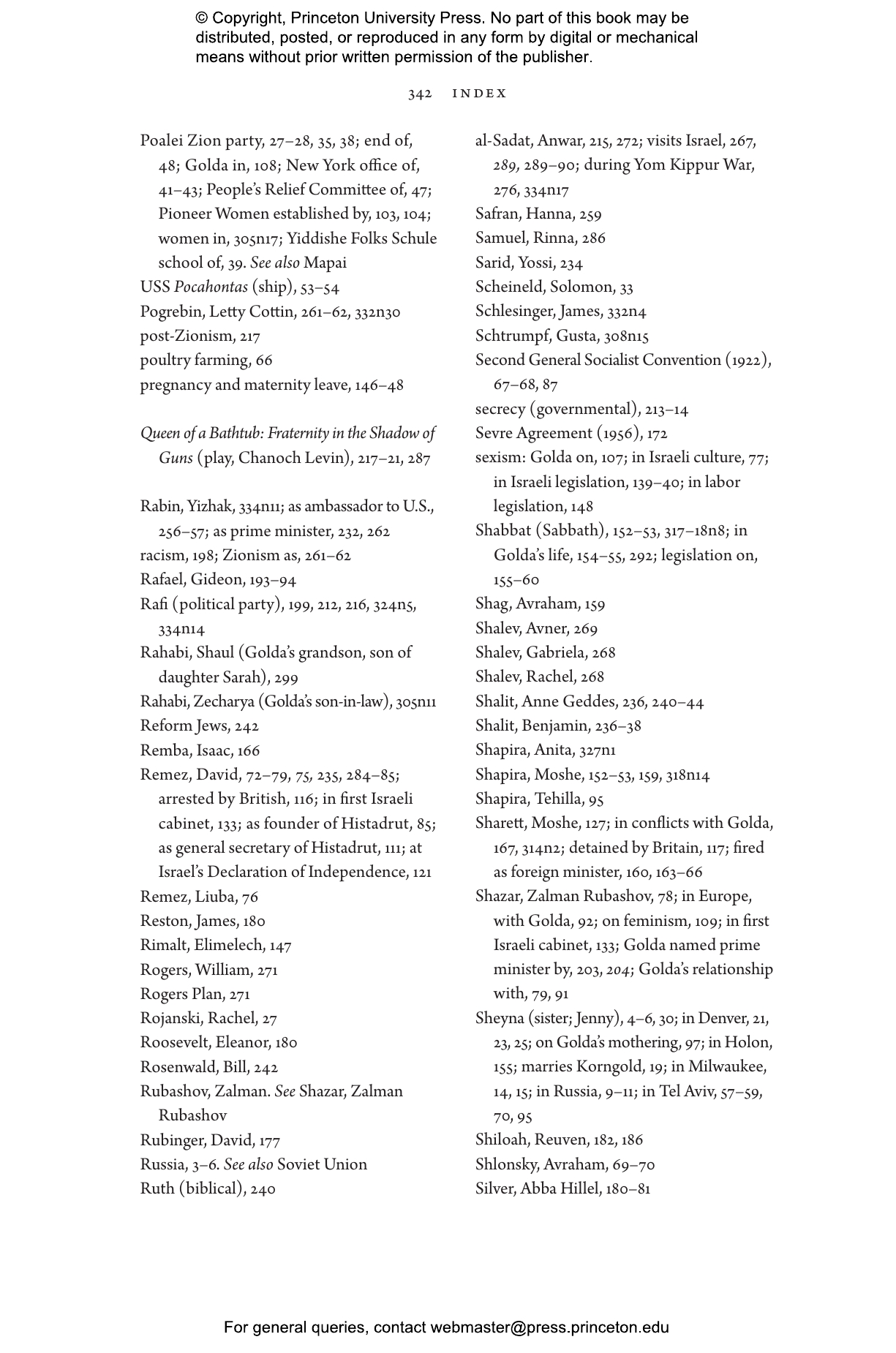 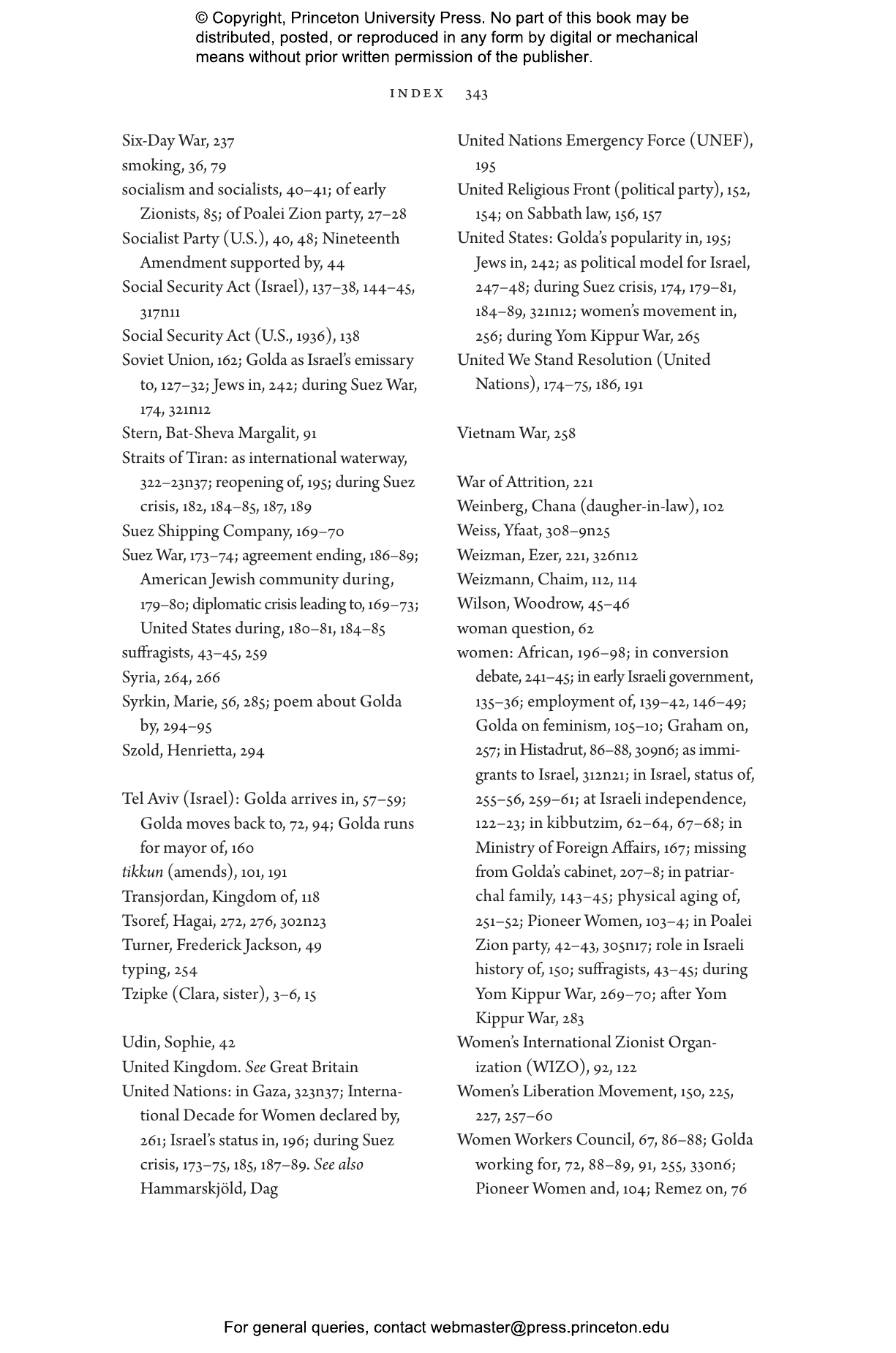 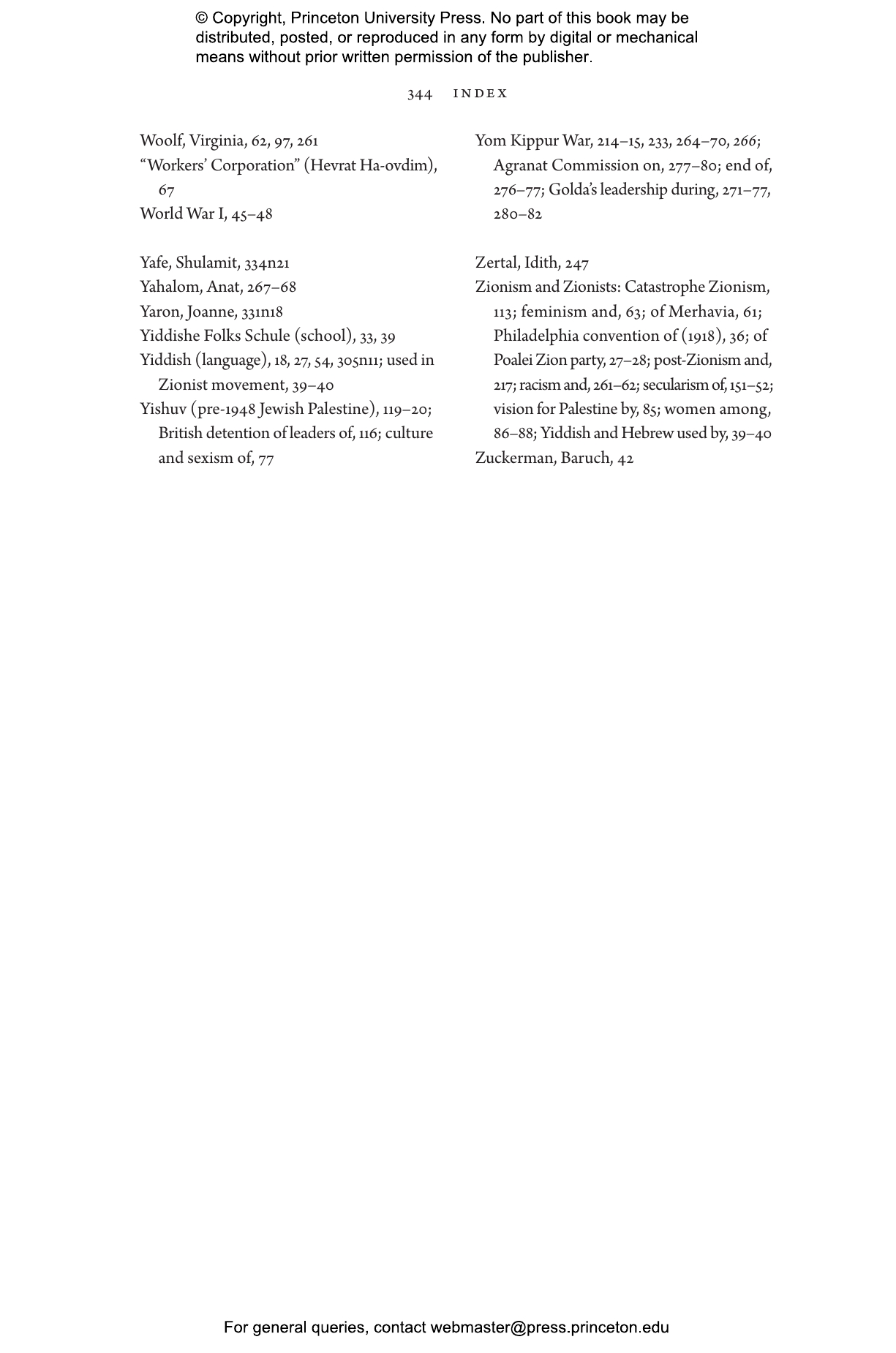 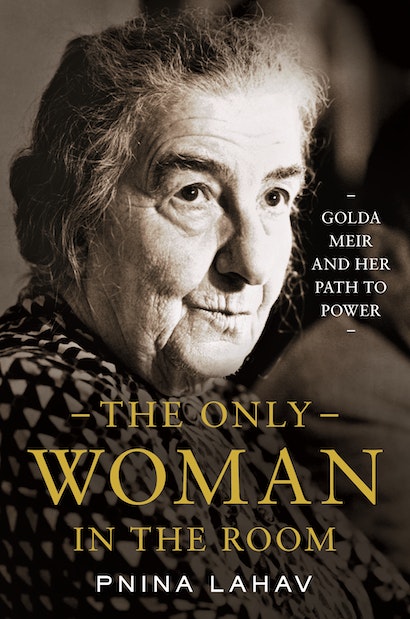 In this authoritative and empathetic biography, Pnina Lahav reexamines the life of Golda Meir (1898–1978) through a feminist lens, focusing on her recurring role as a woman standing alone among men. The Only Woman in the Room is the first book to contend with Meir’s full identity as a woman, Jew, Zionist leader, and one of the founders of Israel, providing a richer portrait of her persona and legacy.

Meir, Lahav shows, deftly deflected misogyny as she traveled the path to becoming Israel’s fourth, and only female, prime minister, from 1969 to 1974. Lahav revisits the youthful encounters that forged Meir’s passion for socialist Zionism and reassesses her decision to separate from her husband and leave her children in the care of others. Enduring humiliation and derision from her colleagues, Meir nevertheless led in establishing Israel as a welfare state where social security, workers’ rights, and maternity leave became law. Lahav looks at the challenges that beset Meir’s premiership, particularly the disastrous Yom Kippur War, which led to her resignation and withdrawal from politics, as well as Meir’s bitter duel with feminist and civil rights leader Shulamit Aloni, Meir’s complex relationship with the Israeli and American feminist movements, and the politics that led her to distance herself from feminism altogether.

Exploring the tensions between Meir’s personal and political identities, The Only Woman in the Room provides a groundbreaking new account of Meir’s life while also illuminating the difficulties all women face as they try to ascend in male-dominated fields.

Pnina Lahav is emerita professor of law and a member of the Elie Wiesel Center for Judaic Studies at Boston University. She is the author of the award-winning Judgment in Jerusalem: Chief Justice Simon Agranat and the Zionist Century. She lives in Brookline, Massachusetts. 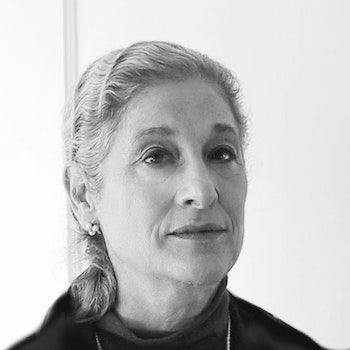 "A thoughtful portrait of a complex world leader."—Kirkus Reviews

“This is a remarkable book. Pnina Lahav paints a portrait of Israel’s fourth prime minister that is at once fascinating and nuanced. Lahav brilliantly deploys the lens of gender to illuminate the life of Golda Meir, the history of Israel, and the history of feminism.”—Laura Kalman, University of California, Santa Barbara

“The Only Woman in the Room is the definitive biography of Golda Meir. Nuanced, honest, and empathetic, it provides new insights into the life of a towering individual and decades of Israeli history. A tour de force.”—Jane Sherron de Hart, author of Ruth Bader Ginsburg: A Life

“The only woman in the pantheon of Israel’s founders, Golda Meir struggled to create and lead a state while facing constant resistance from her male counterparts. Pnina Lahav’s account of this struggle is enthralling, wonderfully perceptive, and deserves a wide readership.”—Derek Penslar, Harvard University

“Pnina Lahav’s compelling biography of Golda Meir sheds new light on the first and only woman to serve as prime minister of Israel, and presents a fresh view of gender’s impact on leadership.”—Dvora Hacohen, author of To Repair a Broken World: The Life of Henrietta Szold, Founder of Hadassah