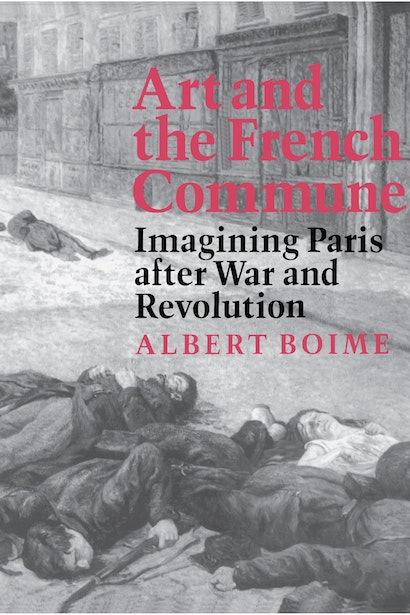 In this bold exploration of the political forces that shaped Impressionism, Albert Boime proposes that at the heart of the modern is a “guilty secret” — the need of the dominant, mainly bourgeois, classes in Paris to expunge from historical memory the haunting nightmare of the Commune and its socialist ideology. The Commune of 1871 emerged after the Prussian war when the Paris militia chased the central government to Versailles, enabling the working class and its allies to seize control of the capital. Eventually violence engulfed the city as traditional liberals and moderates joined forces with reactionaries to restore Paris to “order” — the bourgeois order. Here Boime examines the rise of Impressionism in relation to the efforts of the reinstated conservative government to “rebuild” Paris, to return it to its Haussmannian appearance and erase all reminders of socialist threat.


Boime contends that an organized Impressionist movement owed its initiating impulse to its complicity with the state’s program. The exuberant street scenes, spaces of leisure and entertainment, sunlit parks and gardens, the entire concourse of movement as filtered through an atmosphere of scintillating light and color all constitute an effort to reclaim Paris visually and symbolically for the bourgeoisie. Amply documented, richly illustrated, and compellingly argued, Boime’s thesis serves as a challenge to all cultural historians interested in the rise of modernism.

Albert Boime, Professor of Art History at the University of California, Los Angeles, is the author of many books, including The Academy and French Painting in the Nineteenth Century and Art in the Age of Revolution

"Henceforth, it will be impossible to treat the question of the origins of Impressionism without making reference to [Boime's] work, whether it be to extend it, amend it, or refute it."—Barthélémy Jobert, Revue de l'Art

"Through Boime's distinctive 'vision,' the book mounts an altogether new explanation of Impressionism, one that intentionally differs from the most influential, those of T. J. Clark and Robert Herbert."—Hollis Clayson, Apollo Magazine

"Quite stimulating—a heady mix of political and art history. Albert Boime does a first-rate job in sorting out the ways Impressionism was shaped by various political orientations."—Philip Nord