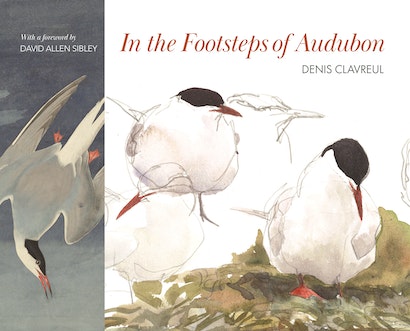 In the nineteenth century, ornithologist and painter John James Audubon set out to create a complete pictorial record of North American birdlife, traveling from Louisiana and the Florida Keys to the Gulf of Saint Lawrence and the cliffs of the Yellowstone River. The resulting work, The Birds of America, stands as a monumental achievement in American art. Over a period of sixteen years, recording his own journey in journals and hundreds of original paintings, renowned French watercolorist Denis Clavreul followed in the naturalist’s footsteps.

In the Footsteps of Audubon brings together some 250 of Clavreul’s stunning watercolors along with illuminating selections from Audubon’s journals and several of his paintings. With pencil and brush in hand, Clavreul turns his naturalist’s eye and painterly skill to the landscapes that Audubon encountered on his travels, and to the animals and plants that Audubon depicted in his art. A passionate ornithologist, Clavreul sketches birds in the wild with rare dexterity, bringing them vividly to life on the page. He documents his encounters along the way with people who live with nature, many of whom are passionately engaged in preserving it, drawing on his insights as both a biologist and an artist to connect the past, present, and future.

A spellbinding, richly evocative journey, In the Footsteps of Audubon is an invitation to see the natural world as Audubon saw it—and to see with new eyes what it has become today.

Denis Clavreul is a watercolorist, wildlife artist, and biologist whose acclaimed works have been exhibited around the world. He is the author and illustrator of many books, including Dreaming of Africa. 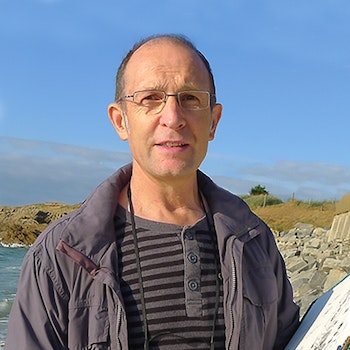