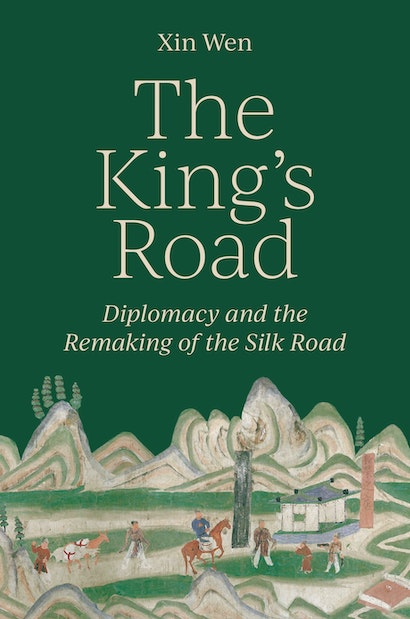 The King’s Road offers a new interpretation of the history of the Silk Road, emphasizing its importance as a diplomatic route, rather than a commercial one. Tracing the arduous journeys of diplomatic envoys, Xin Wen presents a rich social history of long-distance travel that played out in deserts, post stations, palaces, and polo fields. The book tells the story of the everyday lives of diplomatic travelers on the Silk Road—what they ate and drank, the gifts they carried, and the animals that accompanied them—and how they navigated a complex web of geographic, cultural, and linguistic boundaries. It also describes the risks and dangers envoys faced along the way—from financial catastrophe to robbery and murder.

Using documents unearthed from the famous Dunhuang “library cave” in Western China, The King’s Road paints a detailed picture of the intricate network of trans-Eurasian transportation and communication routes that was established between 850 and 1000 CE. By exploring the motivations of the kings who dispatched envoys along the Silk Road and describing the transformative social and economic effects of their journeys, the book reveals the inner workings of an interstate network distinct from the Sino-centric “tributary” system.

In shifting the narrative of the Silk Road from the transport of commodities to the exchange of diplomatic gifts and personnel, The King’s Road puts the history of Eastern Eurasia in a new light. 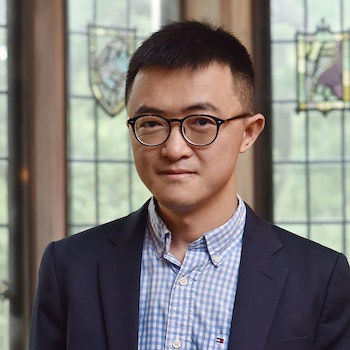 “The first book on Silk Road diplomacy to draw on Chinese, Khotanese, Tibetan, Uyghur, and Sogdian sources, The King’s Road provides a completely persuasive—and utterly fascinating—explanation of the international order of Eastern Eurasia between 850 and 1000. Good riddance to the myth of the China-centered tributary system!”—Valerie Hansen, author of The Year 1000: When Explorers Connected the World—and Globalization Began

“The King’s Road is a fascinating book that captures in rich detail and from multiple perspectives the practice of diplomacy in Eastern Eurasia during the critical ninth and tenth centuries. Xin Wen wonderfully brings to life an assortment of characters involved in the plethora of traveling embassies shuttling between the kingdoms of this era.”—Nicolas Tackett, University of California, Berkeley

“Excellent. Xin Wen’s ambitious book reconstructs the extensive network of diplomatic travelers from 850 to 1000 CE in the region that today is western China. It is the first book to bring together, in a comprehensive way, the materials related to travel from the Dunhuang manuscripts. The King’s Road is an important book that is bound to have a lasting impact.”—Imre Galambos, University of Cambridge

“Wen’s book is an outstanding contribution to the study of the Silk Road. Archive-based and meticulously researched, it shows how diplomatic travel sustained and connected the politically fragmented world of Eastern Eurasia in the ninth and tenth centuries. Of special value is the book’s rich, vivid accounts of the lives of the envoys and their companions as well as the luxury goods, texts, animals, and everyday necessities that traveled the 'King’s Road.' Both specialists and students will enjoy Wen’s extremely engaging narrative.”—Cong Ellen Zhang, University of Virginia

“The King’s Road is just the book we needed—a sophisticated and comprehensive reassessment of the regional role of Dunhuang through a study of its multilingual documents and a focus on the importance of the diplomatic traveler. And a pleasure to read.”—Susan Whitfield, University of East Anglia