From the acclaimed author of Blue, a beautifully illustrated history of the color white in visual culture, from antiquity to today 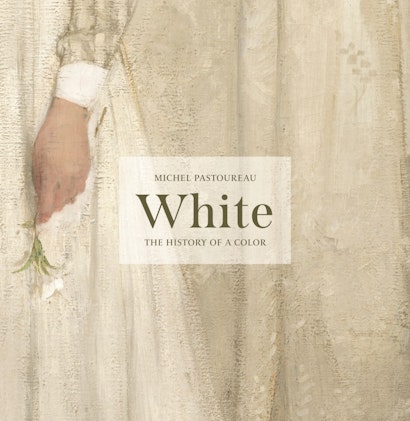 As a pigment, white is often thought to represent an absence of color, but it is without doubt an important color in its own right, just like red, blue, green, or yellow—and, like them, white has its own intriguing history. In this richly illustrated book, Michel Pastoureau, a celebrated authority on the history of colors, presents a fascinating visual, social, and cultural history of the color white in European societies, from antiquity to today.

Illustrated throughout with a wealth of captivating images ranging from the ancient world to the twenty-first century, White examines the evolving place, perception, and meaning of this deceptively simple but complex hue in art, fashion, literature, religion, science, and everyday life across the millennia. Before the seventeenth century, white’s status as a true color was never contested. On the contrary, from antiquity until the height of the Middle Ages, white formed with red and black a chromatic triad that played a central role in life and art. Nor has white always been thought of as the opposite of black. Through the Middle Ages, the true opposite of white was red. White also has an especially rich symbolic history, and the color has often been associated with purity, virginity, innocence, wisdom, peace, beauty, and cleanliness.

With its striking design and compelling text, White is a colorful history of a surprisingly vivid and various color.

Michel Pastoureau is a historian and emeritus director of studies at the École Pratique des Hautes Études de la Sorbonne in Paris. A renowned authority on the history of colors, symbols, and heraldry, he is the author of many books, including Blue, Black, Green, Red, and Yellow (all Princeton). His books have been translated into more than thirty languages.

"[Pastoureau] traces the use and significance of the color from the walls of the Lascaux caves and liturgical robes to medieval chess boards and heraldry, to engraving and photography, and the work of the Impressionist painters and contemporary designers. . . . Thorough research and abundant illustrations."—Library Journal