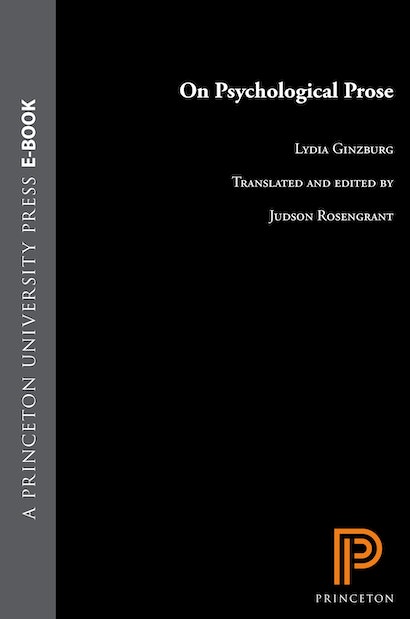 Comparable in importance to Mikhail Bakhtin, Lydia Ginzburg distinguished herself among Soviet literary critics through her investigation of the social and historical elements that relate verbal art to life in a particular culture. Her work speaks directly to those Western critics who may find that deconstructionist and psychoanalytical strategies by themselves are incapable of addressing the full meaning of literature. Here, in her first book to be translated into English, Ginzburg examines the reciprocal relationship between literature and life by exploring the development of the image of personality as both an aesthetic and social phenomenon. Showing that the boundary between traditional literary genres and other kinds of writing is a historically variable one, Ginzburg discusses a wide range of Western texts from the eighteenth century onward — including familiar letters and other historical and social documents, autobiographies such as the Memoires of Saint-Simon, Rousseau’s Confessions, and Herzen’s My Past and Thoughts, and the novels of Stendhal, Flaubert, Turgenev, and Tolstoi. A major portion of the study is devoted to Tolstoi’s contribution to the literary investigation of personality, especially in his epic panorama of Russian life, War and Peace, and in Anna Karenina.