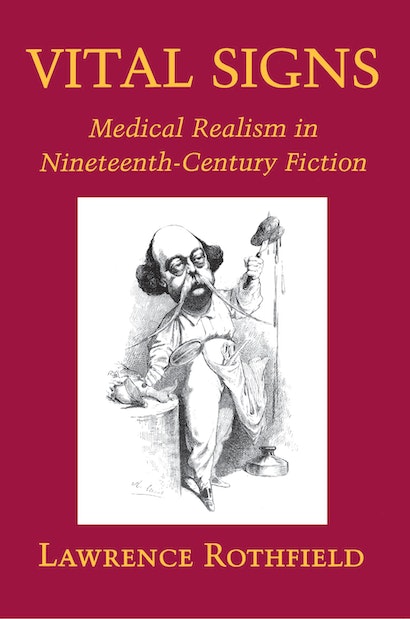 Vital Signs offers both a compelling reinterpretation of the nineteenth-century novel and a methodological challenge to literary historians. Rejecting theories that equate realism with representation, Lawrence Rothfield argues that literary history forms a subset of the history of discourses and their attendant practices. He shows how clinical medicine provided Balzac, Flaubert, Eliot, and others with narrative strategies, epistemological assumptions, and models of professional authority. He also traces the linkages between medicine’s eventual decline in scientific and social status and realism’s displacement by naturalism, detective fiction, and modernism.

Lawrence Rothfield is Associate Professor of English at the University of Chicago.

"Vital Signs is a careful investigation of medical modes of thinking in the nineteenth century and their relationship to the Victorian realist novel. . . . of vital interest to anyone concerned with realism as a literary form. . . . an impressive work of cultural history. . . . Vital Signs has opened up a significant new approach to the issue of realism, and one that is argued persuasively in an unusually thorough and well-designed study."—P. Melville Logan, Victorian Studies

"An important reinterpretation of nineteenth-century realism. Its description of the novel's interrelationship with the discourse of clinical medicine clearly surpasses that of any other study in its precision, detail, and complexity."—Catherine Gallagher, University of California, Berkeley