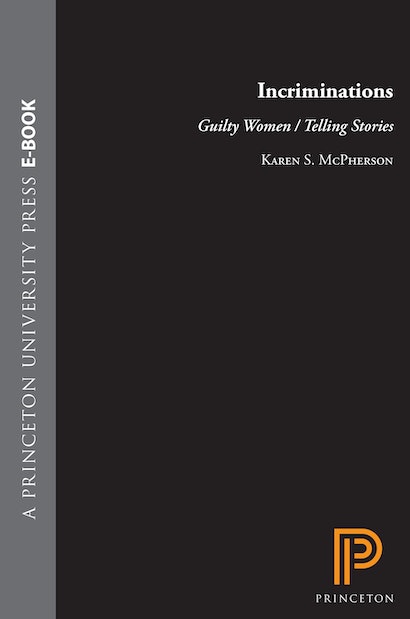 Maintaining that women’s storytelling is a telling activity, Karen McPherson “reads for guilt” in novels by five twentieth-century writers — Simone de Beauvoir (L’Invitée), Marguerite Duras (Le ravissement de Lol V. Stein), Anne Hébert (Kamouraska), Virginia Woolf (Mrs. Dalloway), and Nicole Brossard (Le désert mauve). She finds in the vocabulary and atmosphere of these novels a linking of female protagonists to crime and culpability. The guilt, however, is not clearly imputed or assumed; it tends to trouble the conscience of the entire narrative. Through critical close readings and an inquiry into the interrelations among narration, transgression, and gender, McPherson explores how the women in the stories come under suspicion and how they attempt to reverse or rewrite the guilty sentence.

The author examines the complex process and language of incrimination, reflecting on its literary, philosophical, social, and political manifestations in the texts and contexts of the five novels. She looks for signs of possible subversion of the incriminating process within the texts: Can female protagonists (and women writers) escape the vicious circling of the story that would incriminate them? In the course of this book, the stories are made to reveal their strikingly modern and postmodern preoccupations with survival.

Karen S. McPherson is Senior Lecturer in the Department of Romance Languages at Princeton University.

"A sophisticated reading of the guilty subtexts within five notable novels of the 20th century . . . Gracefully written and thoroughly developed, Incriminations offers a complex approach to these works, drawing on a number of postmodern theories."—Choice