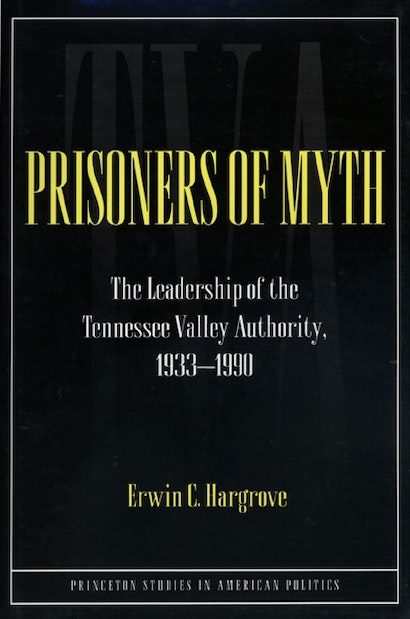 Prisoners of Myth is the first comprehensive history of the Tennessee Valley Authority from its creation to the present day. It is also a telling case study of organizational evolution and decline. Building on Philip Selznick’s classic work TVA and the Grass Roots (1949), a seminal text in the theoretical study of bureaucracy, Erwin Hargrove analyzes the organizational culture of the TVA by looking at the actions of its leaders over six decades — from the heroic years of the New Deal and World War II through the postwar period of consolidation and growth to the time of troubles from 1970 onward, when the TVA ran afoul of environmental legislation, built a massive nuclear power program that it could not control, and sought new missions for which there were no constituencies.

The founding myth of multipurpose regional development was inappropriately pursued in the 1970s and ’80s by leaders who became “prisoners of myth” in their attempt to keep the TVA heroic. A decentralized organization, which had worked well at the grass roots, was difficult to redirect as the nuclear genii spun out of control. TVA autonomy from Washington, once a virtue, obscured political accountability. This study develops an important new theory about institutional performance in the face of historical change.

"This detailed and thoughtful study examines not only organizational and political leadership but also the evolution and administration of the Tennessee Valley Authority (TVA) over its six-decade history. . . . Hargrove constructs an impressive narrative."—Choice