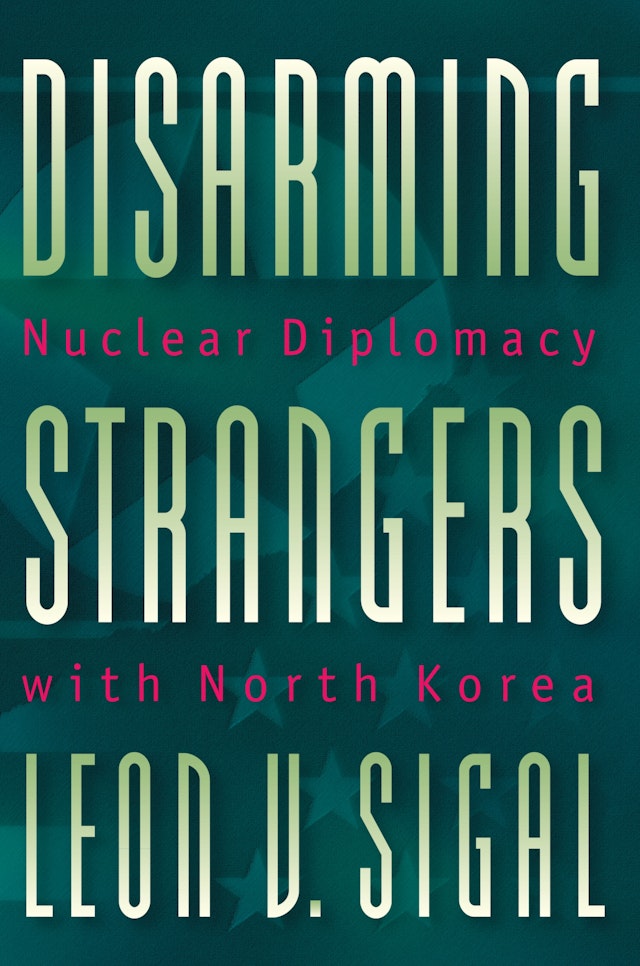 In June 1994 the United States went to the brink of war with North Korea. With economic sanctions impending, President Bill Clinton approved the dispatch of substantial reinforcements to Korea, and plans were prepared for attacking the North’s nuclear weapons complex. The turning point came in an extraordinary private diplomatic initiative by former President Jimmy Carter and others to reverse the dangerous American course and open the way to a diplomatic settlement of the nuclear crisis.


Few Americans know the full details behind this story or perhaps realize the devastating impact it could have had on the nation’s post-Cold War foreign policy. In this lively and authoritative book, Leon Sigal offers an inside look at how the Korean nuclear crisis originated, escalated, and was ultimately defused. He begins by exploring a web of intelligence failures by the United States and intransigence within South Korea and the International Atomic Energy Agency. Sigal pays particular attention to an American mindset that prefers coercion to cooperation in dealing with aggressive nations. Drawing upon in-depth interviews with policymakers from the countries involved, he discloses the details of the buildup to confrontation, American refusal to engage in diplomatic give-and-take, the Carter mission, and the diplomatic deal of October 1994.


In the post-Cold War era, the United States is less willing and able than before to expend unlimited resources abroad; as a result it will need to act less unilaterally and more in concert with other nations. What will become of an American foreign policy that prefers coercion when conciliation is more likely to serve its national interests? Using the events that nearly led the United States into a second Korean War, Sigal explores the need for policy change when it comes to addressing the challenge of nuclear proliferation and avoiding conflict with nations like Russia, Iran, and Iraq. What the Cuban missile crisis was to fifty years of superpower conflict, the North Korean nuclear crisis is to the coming era.

Leon V. Sigal is a consultant at the Social Science Research Council in New York and Adjunct Professor in the School of International and Public Affairs, Columbia University. A former member of The New York Times editorial board, he is also the author of Fighting to a Finish: The Politics of War Termination in the United States and Japan, 1945.

"Leon Sigal's Disarming Strangers is the most comprehensive treatment of the U.S.-North Korea nuclear negotiations available.... Sigal is at his best in describing the way governments actually come to make decisions."—Robert L. Gallucci, U.S. Negotiator at the High Level Talks, 1993-1994

"A brilliant reconstruction of how close we came to war with North Korea in 1994, . . . A highly cautionary tale, illustrating the value of cooperation, not confrontation, in dealing with dangerous strangers having nuclear aspirations."—Donald P. Gregg, former Ambassador to South Korea

"Anyone who cares about how American foreign policy should be conducted after the Cold War should read this book."—Morton H. Halperin, former member, National Security Council Staff