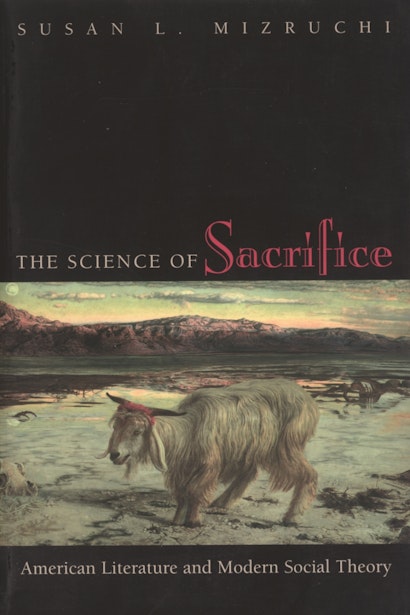 From ritual killings to subtle acts of self-denial, the practice and rhetoric of sacrifice has a special centrality in modern American literature. In a compelling interdisciplinary investigation, Susan Mizruchi portrays an episode in American cultural history when the literary movement of realism and the fledgling field of sociology both converged in the belief that sacrifice is basic to sociality. This is a book about the fascination that sacrifice held for writers — principally Herman Melville, Henry James, and W.E.B. Du Bois — and also for those who articulated the main tenets of modern social theory, an inquiry that eventually spans historical events such as public lynchings and the political scapegoating of immigrants a century ago.


The execution in Billy Budd Sailor, the death of Du Bois’s first-born son in The Souls of Black Folk, Henry James’s preoccupation with renunciation and scapegoating, and the self-denying working classes of Norris and Stein all illustrate repeated stagings of sacrificial rituals from a Biblical past. For Mizruchi, the peculiar persistence of this aesthetic construct becomes a guide to a rich theological and social-scientific tradition distinctive to the late nineteenth and early twentieth centuries, and including such influential works as Smith’s Lectures on the Religion of the Semites, Frazer’s Golden Bough, and Ross’s Sin and Society.


The major features of sacrifice — its original association with spiritual doubt, its function as a form of spiritual economics that sustained divisions between the fortunate and the bereft, and its role in fixing boundaries between aliens and kin — held strong symbolic value for writers struggling to reconcile faith with rationalism, and communal coherence with capitalist expansion. Mizruchi eloquently demonstrates how the conceptual power of sacrifice made it a key mediator of cultural change, from the decline of sympathy and the significance of “race” in an emerging multicultural society to the revival of maternal self-sacrifice.

Susan L. Mizruchi is Associate Professor of English and American Studies at Boston University. She is the author of The Power of Historical Knowledge: Narrating the Past in Hawthorne, James, and Dreiser (Princeton).

"The Science of Sacrifice is an extremely impressive exploration in intellectual and cultural history. . . . Susan Mizruchi works comfortably in the disciplines she excavates, and her insights are extremely illuminating and frequently brilliant."—Orlando Patterson, Harvard University