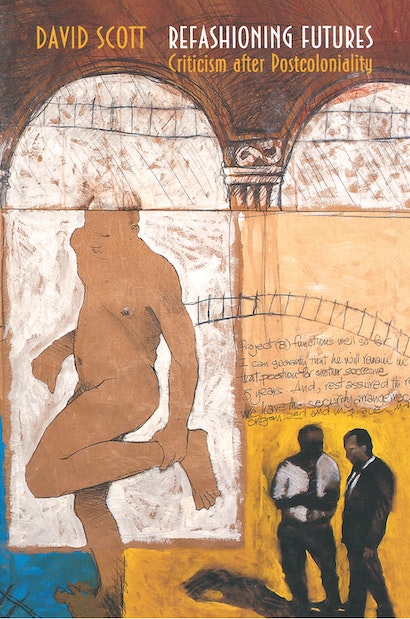 How can we best forge a theoretical practice that directly addresses the struggles of once-colonized countries, many of which face the collapse of both state and society in today’s era of economic reform? David Scott argues that recent cultural theories aimed at “deconstructing” Western representations of the non-West have been successful to a point, but that changing realities in these countries require a new approach. In Refashioning Futures, he proposes a strategic practice of criticism that brings the political more clearly into view in areas of the world where the very coherence of a secular-modern project can no longer be taken for granted.


Through a series of linked essays on culture and politics in his native Jamaica and in Sri Lanka, the site of his long scholarly involvement, Scott examines the ways in which modernity inserted itself into and altered the lives of the colonized. The institutional procedures encoded in these modern postcolonial states and their legal systems come under scrutiny, as do our contemporary languages of the political. Scott demonstrates that modern concepts of political representation, community, rights, justice, obligation, and the common good do not apply universally and require reconsideration. His ultimate goal is to describe the modern colonial past in a way that enables us to appreciate more deeply the contours of our historical present and that enlarges the possibility of reshaping it.

David Scott is a Visiting Associate Professor of Anthropology at Johns Hopkins University. He has held appointments at Bates College, the University of Chicago, and the University of the West Indies, Mona. He is the author of Formations of Ritual and is the editor of the journal Small Axe.

"This is an ambitious and exciting book by a gifted young anthropologist. David Scott takes two ex-colonial countries which he personally knows well, Sri Lanka and Jamaica, and subjects aspects of their constructed representation to probing criticism. He does much more than simply apply familiar principles of constructivist critique to new ethnographic material. Scott's purpose is to encourage the rethinking of political options for the future, and in so doing to extend the meaning of postcolonial critique."—Talal Asad, CUNY Graduate Center

"In this powerfully argued and theoretically sophisticated book, David Scott interrogates the conditions of possibility for a post- 'third world' politics that is both critical and strategic. . . . A major work which marks a new departure in the field."—Stuart Hall