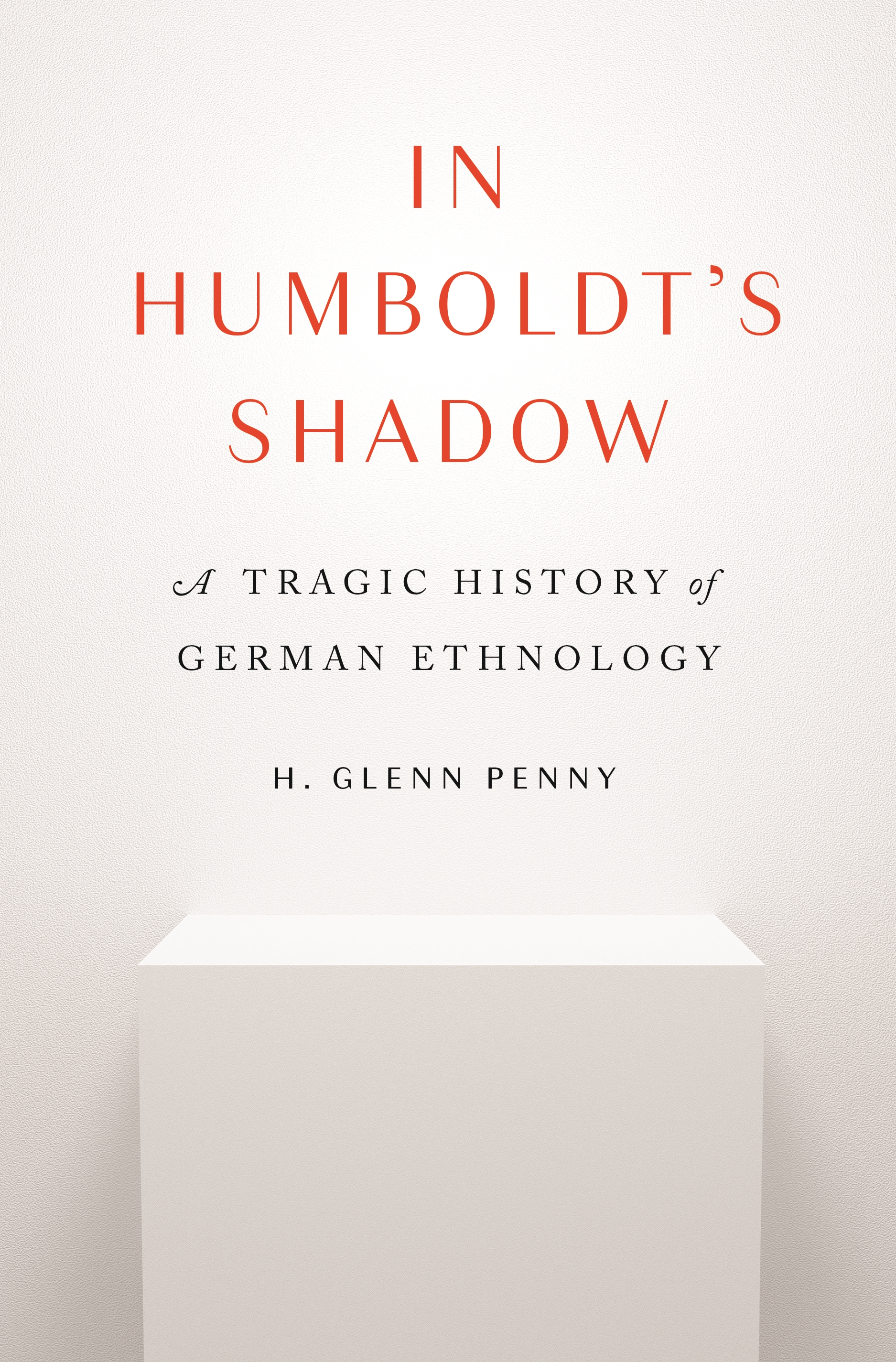 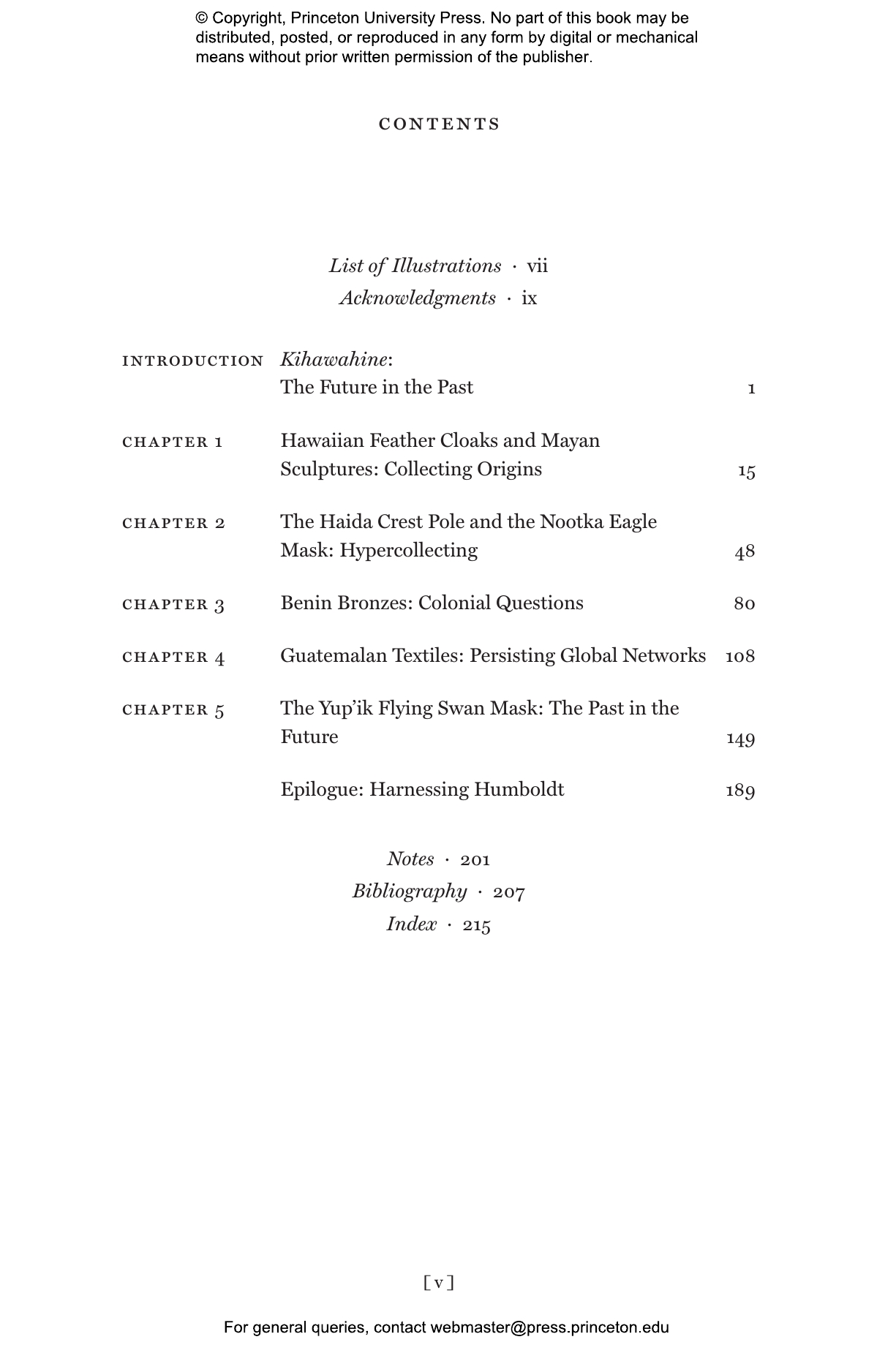 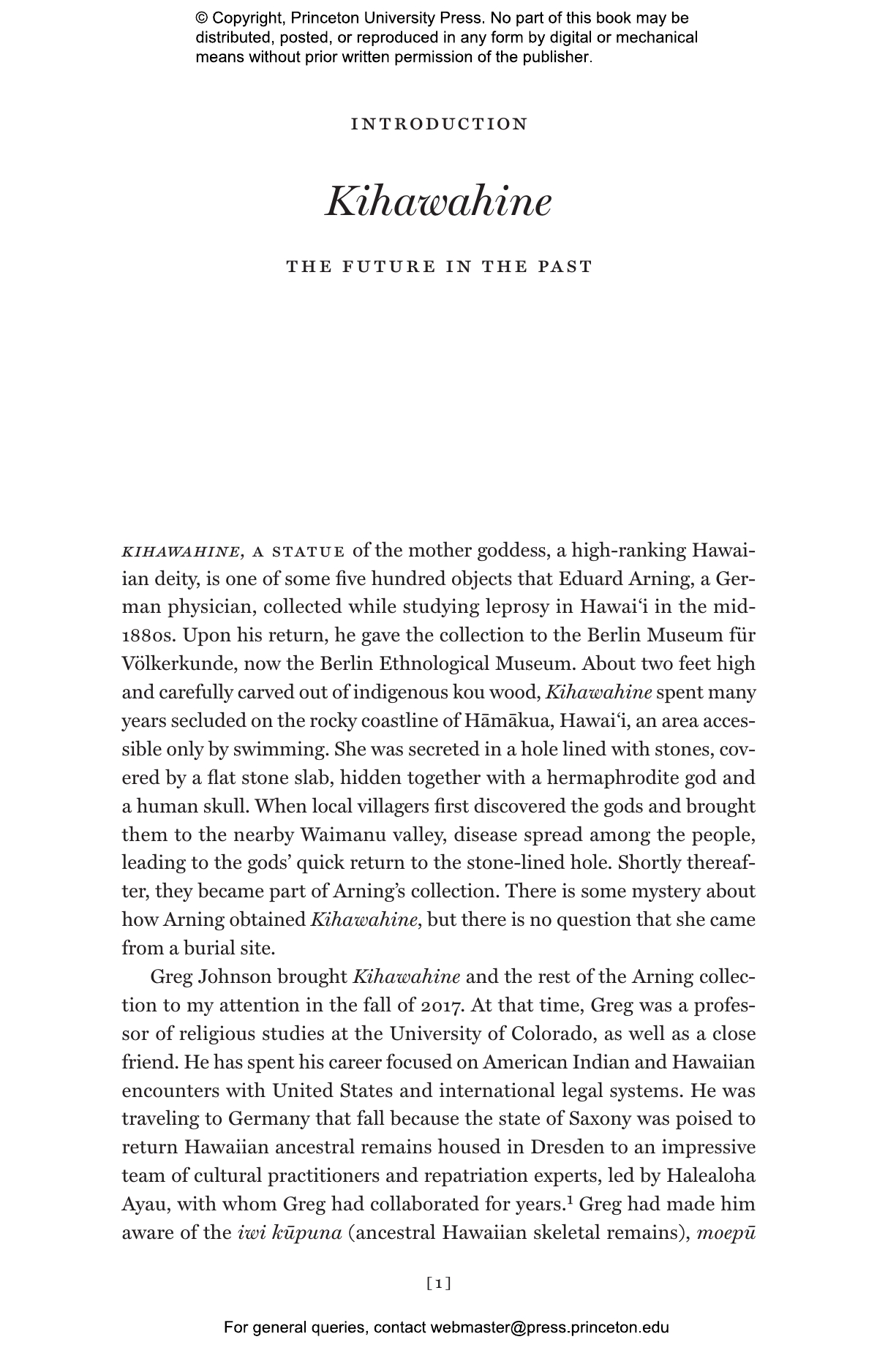 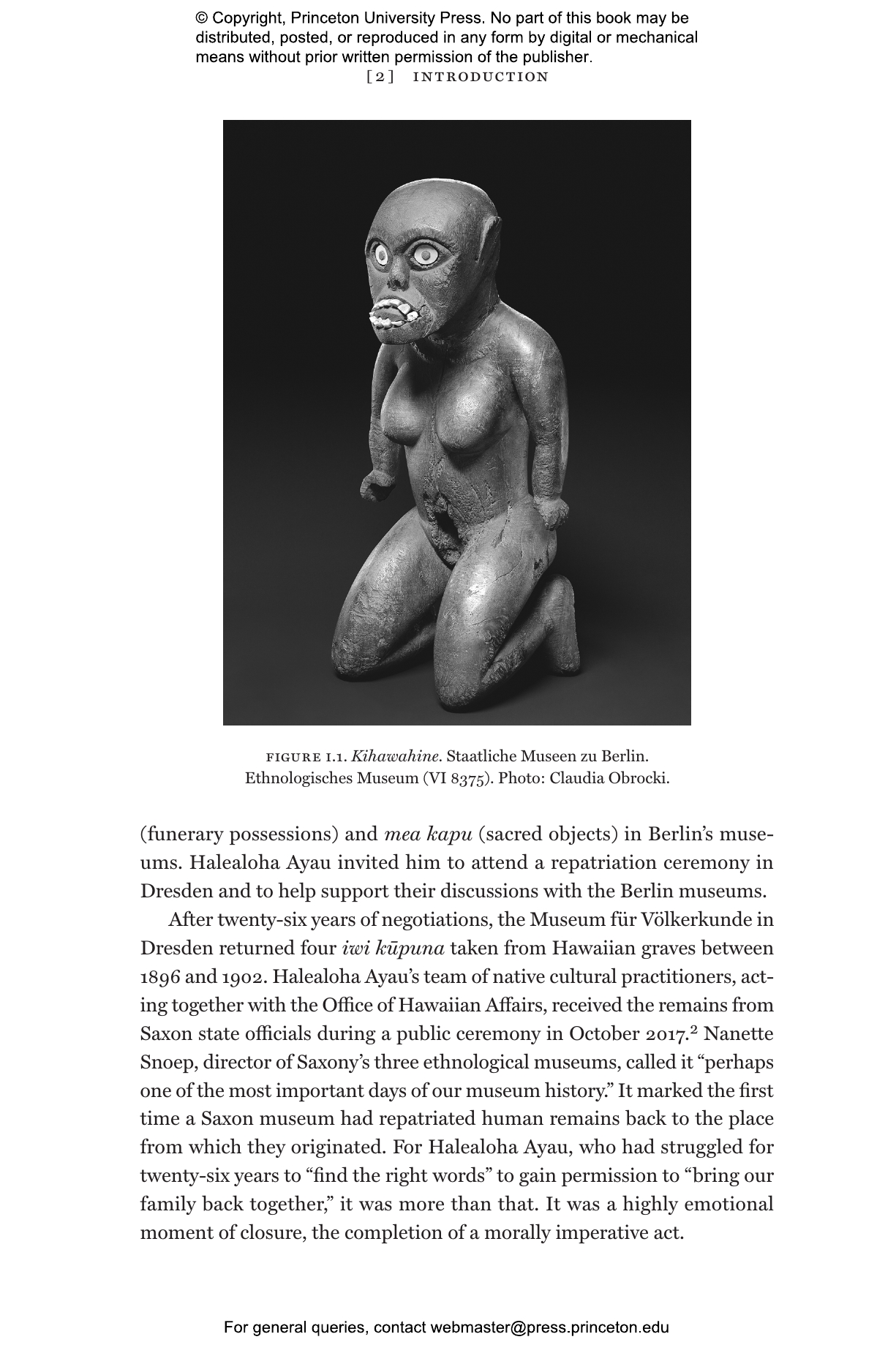 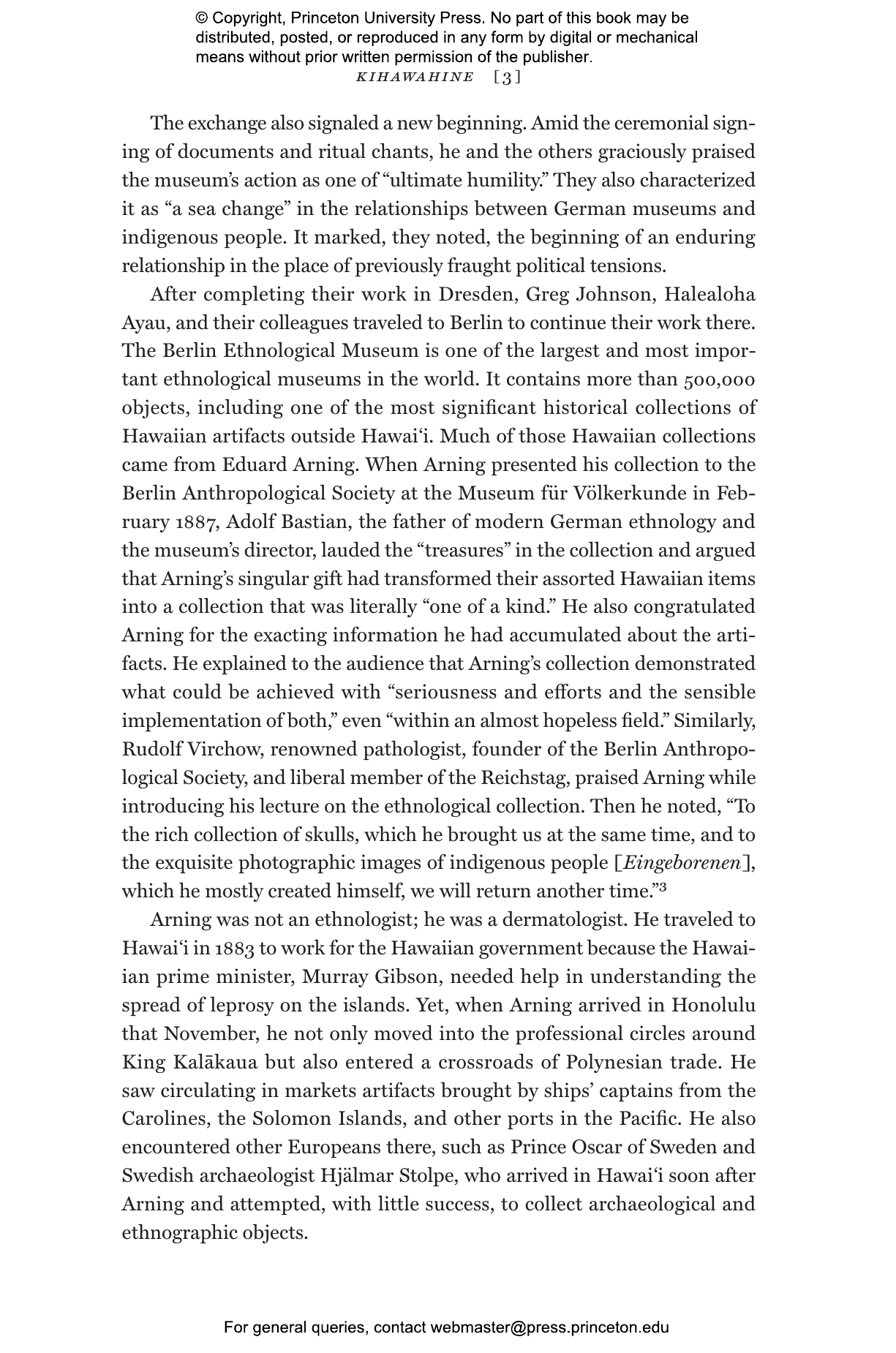 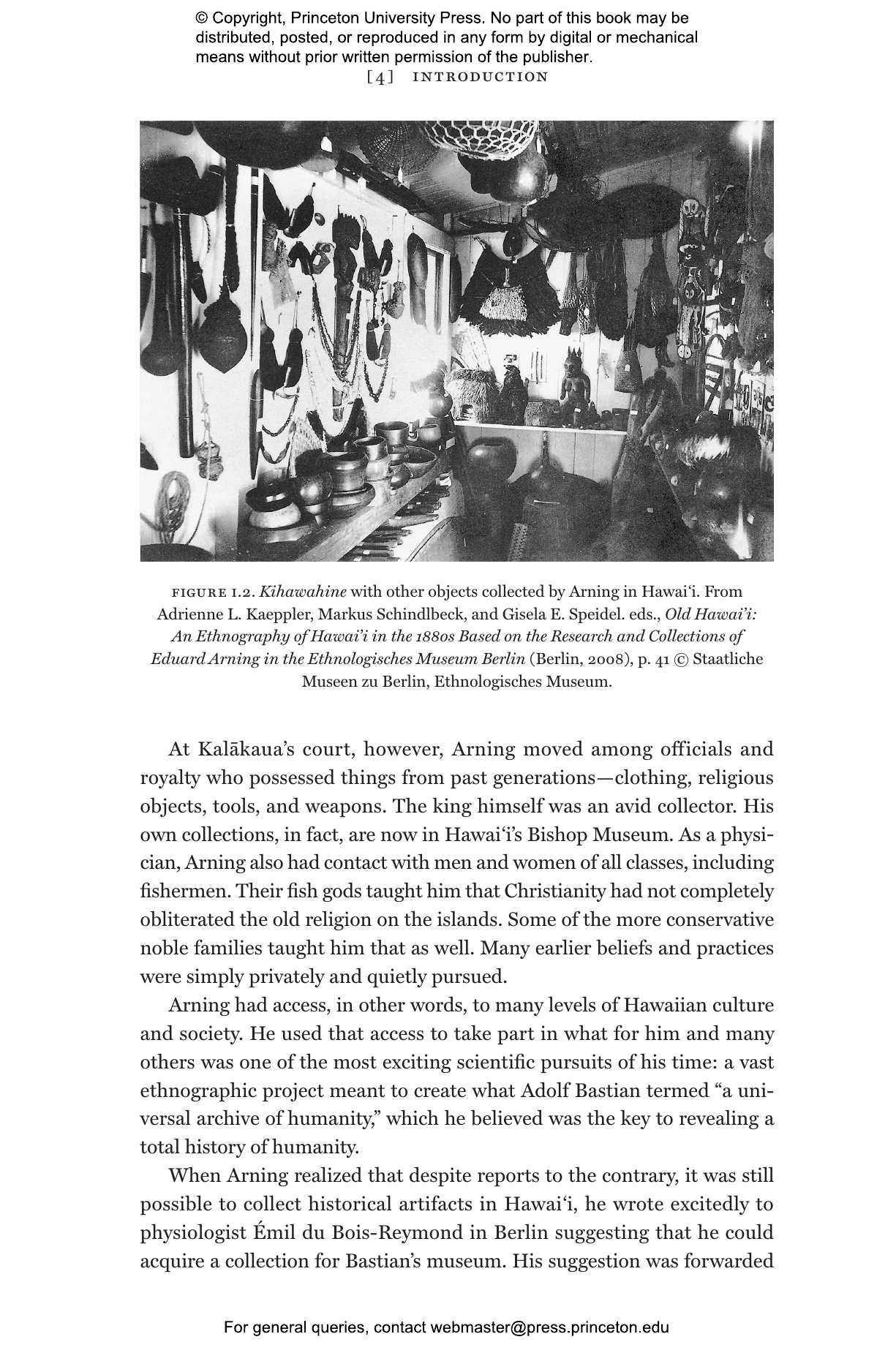 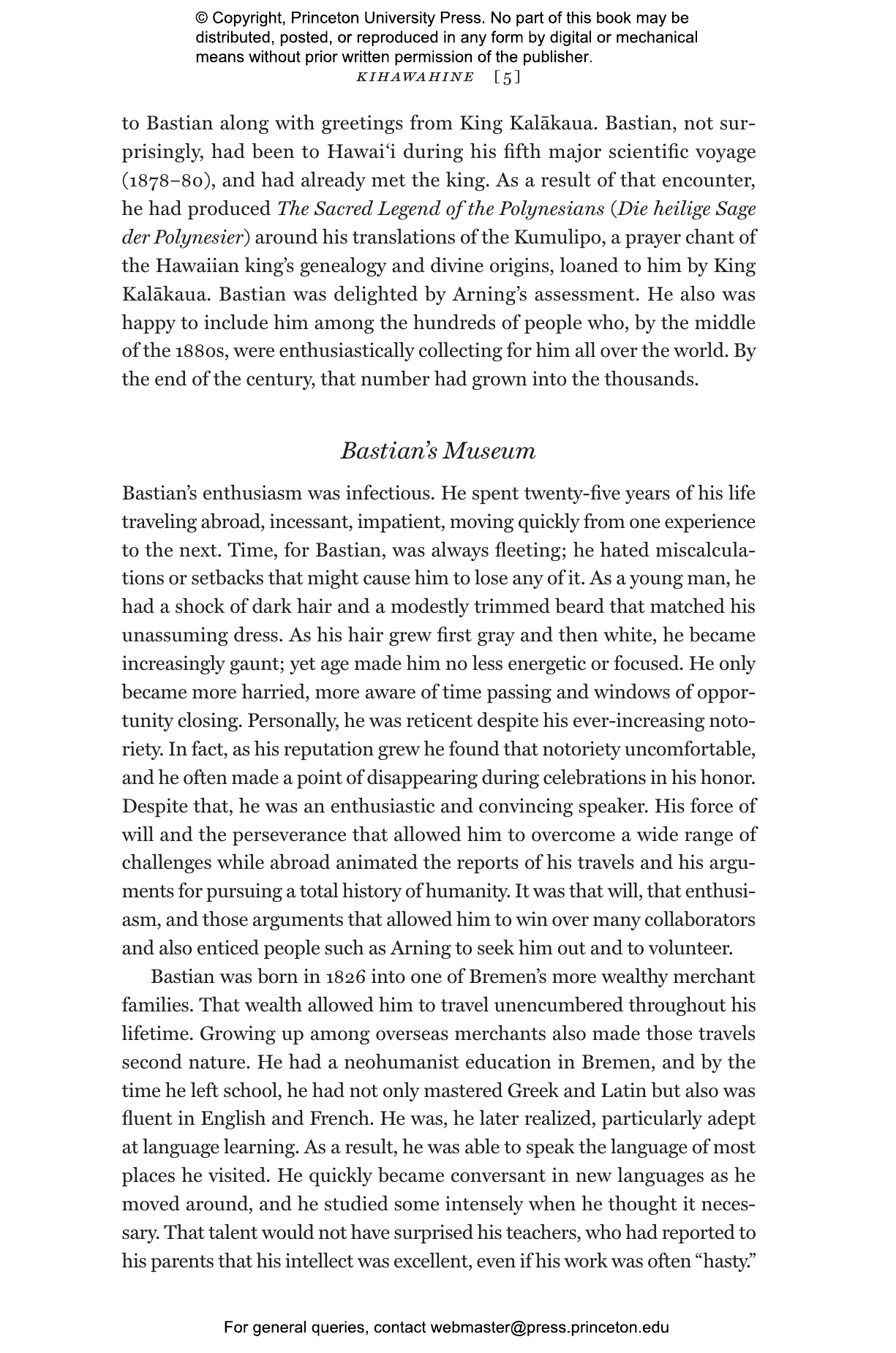 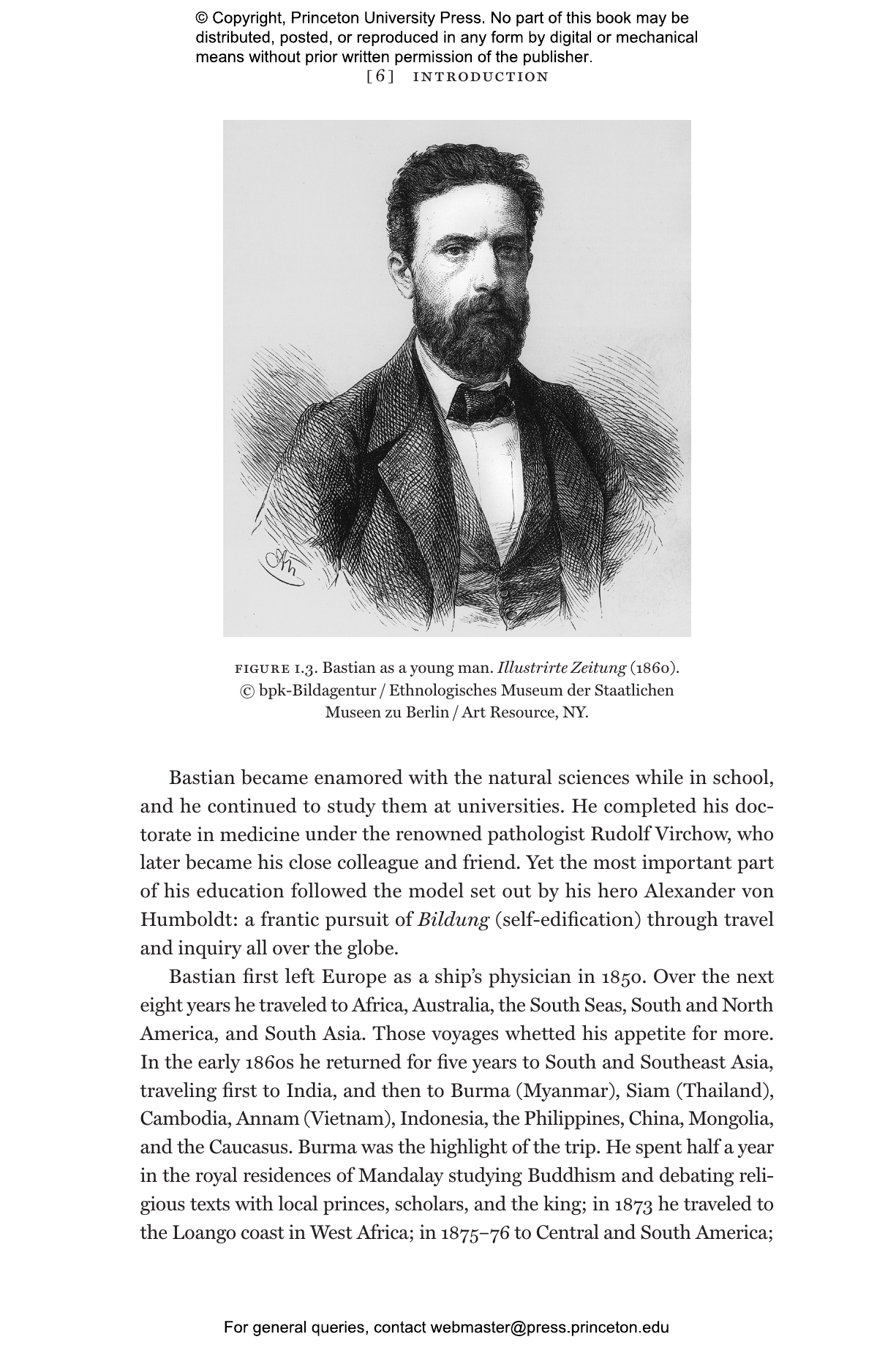 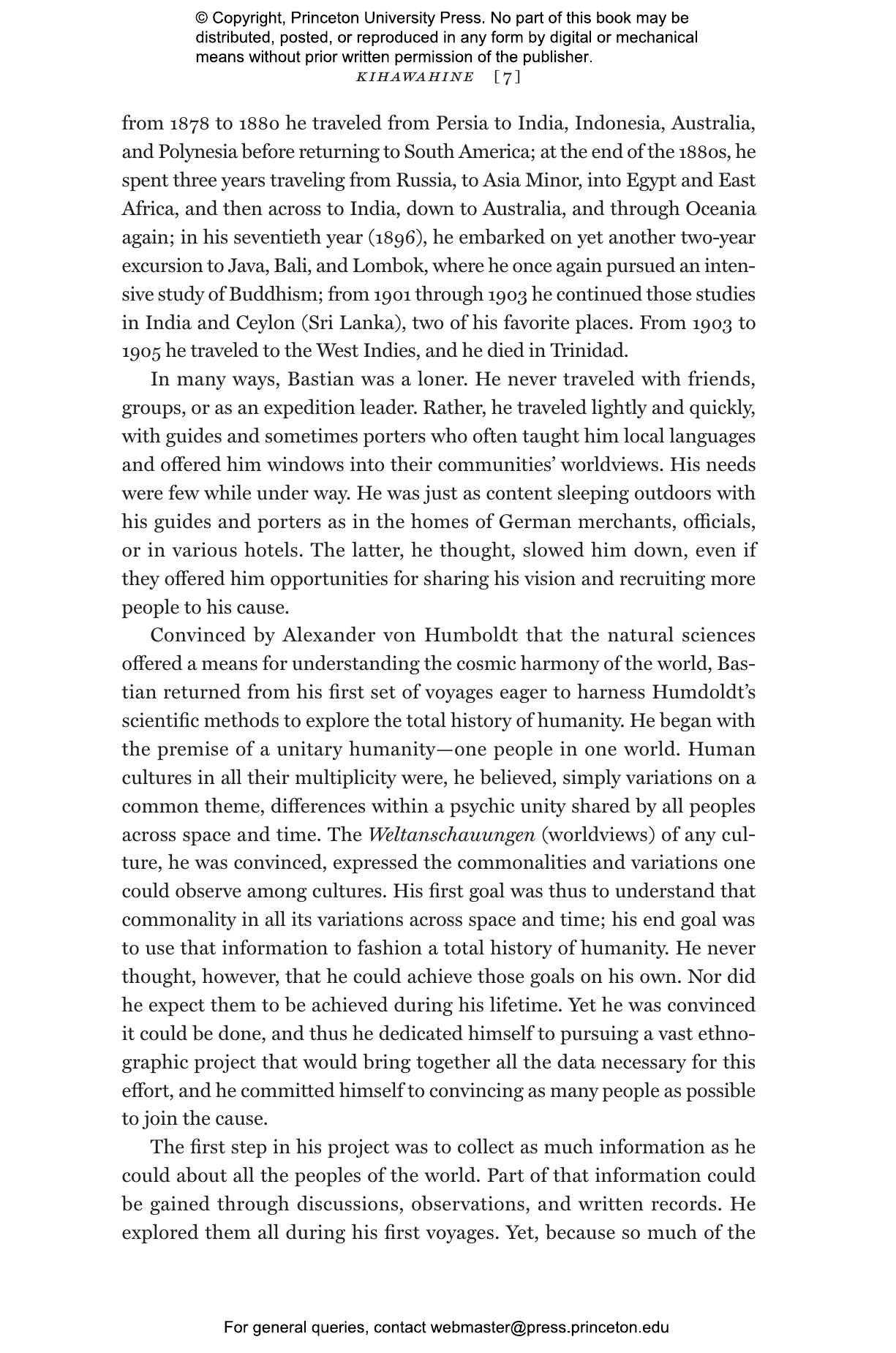 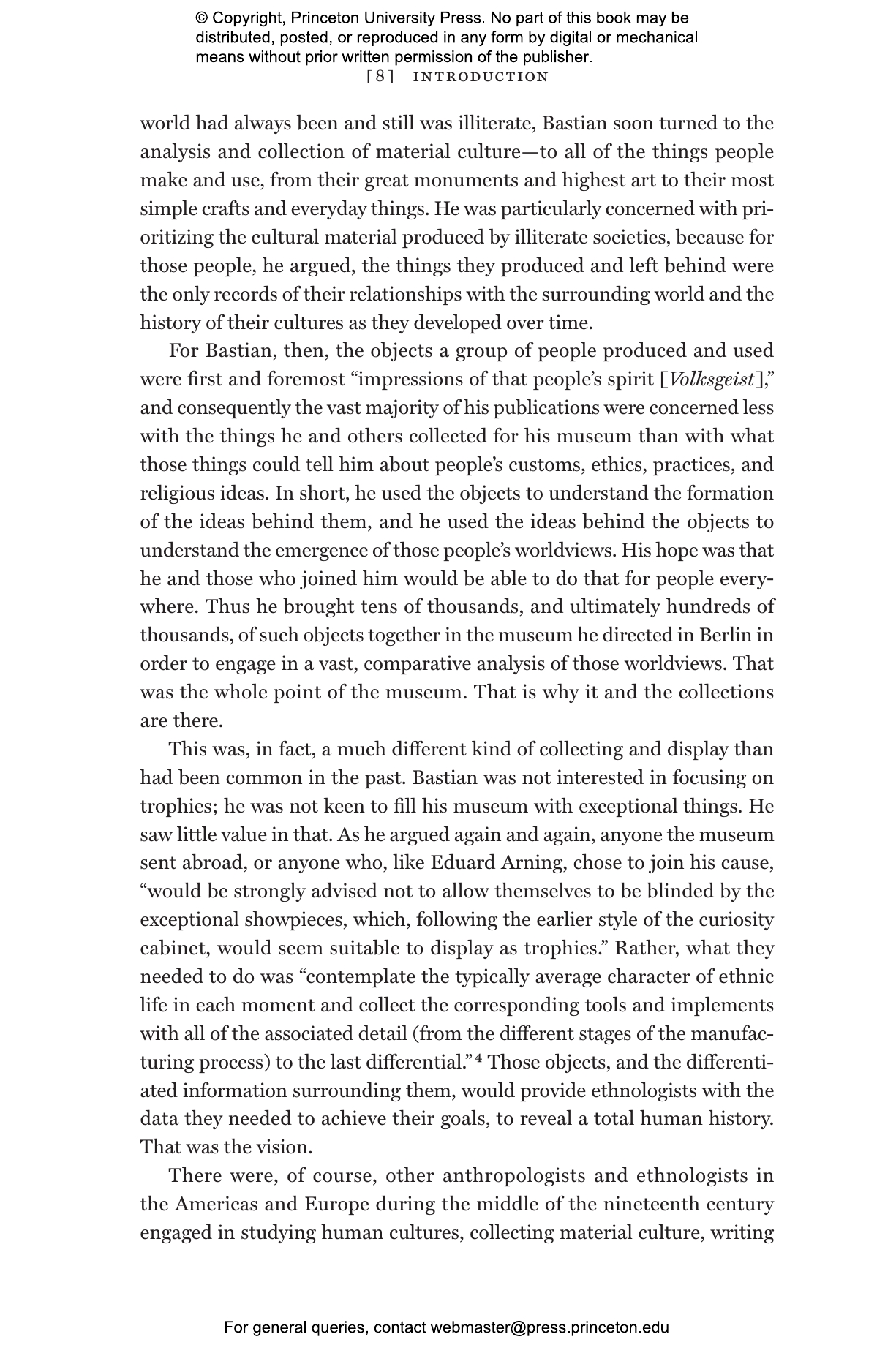 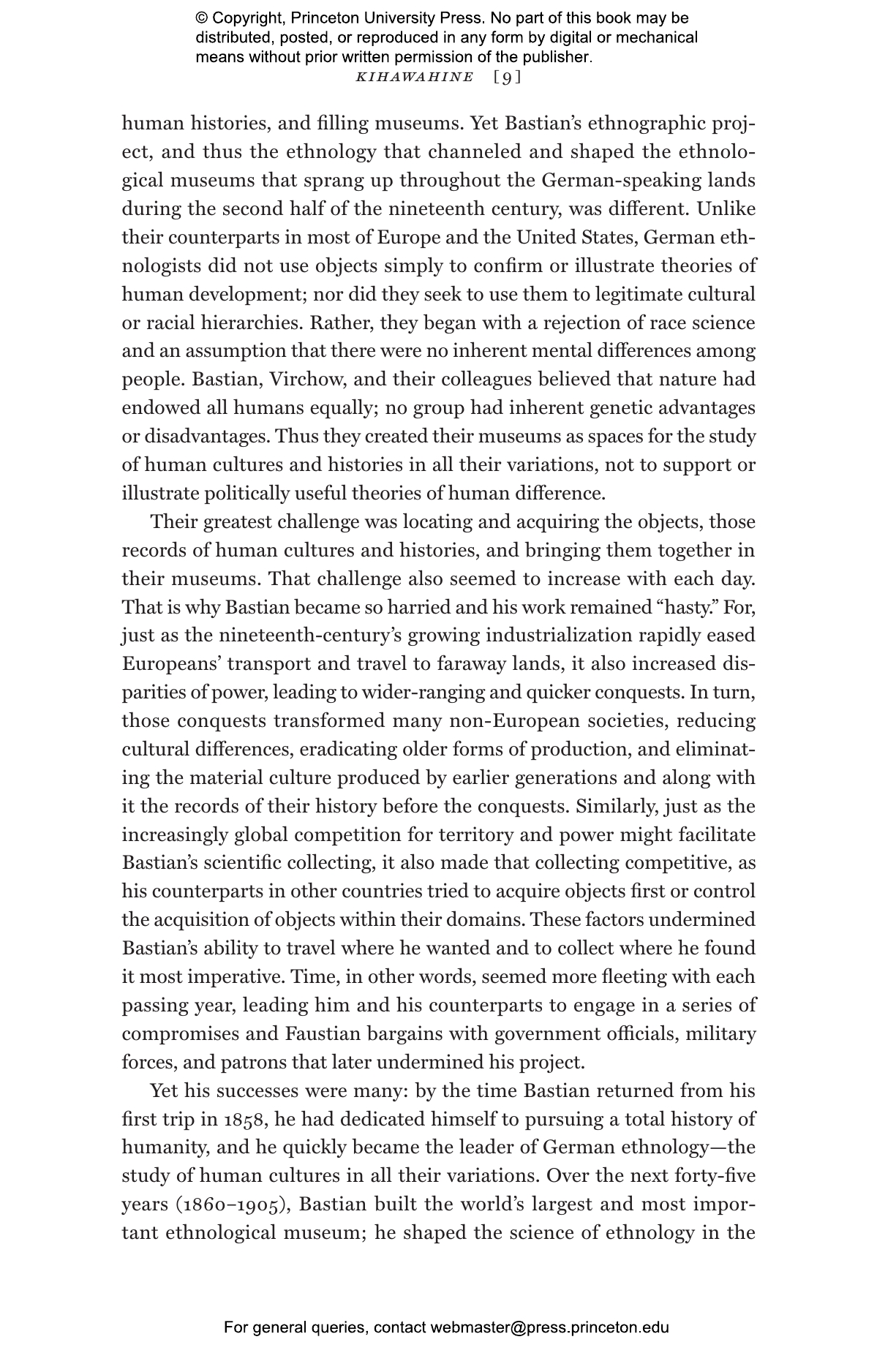 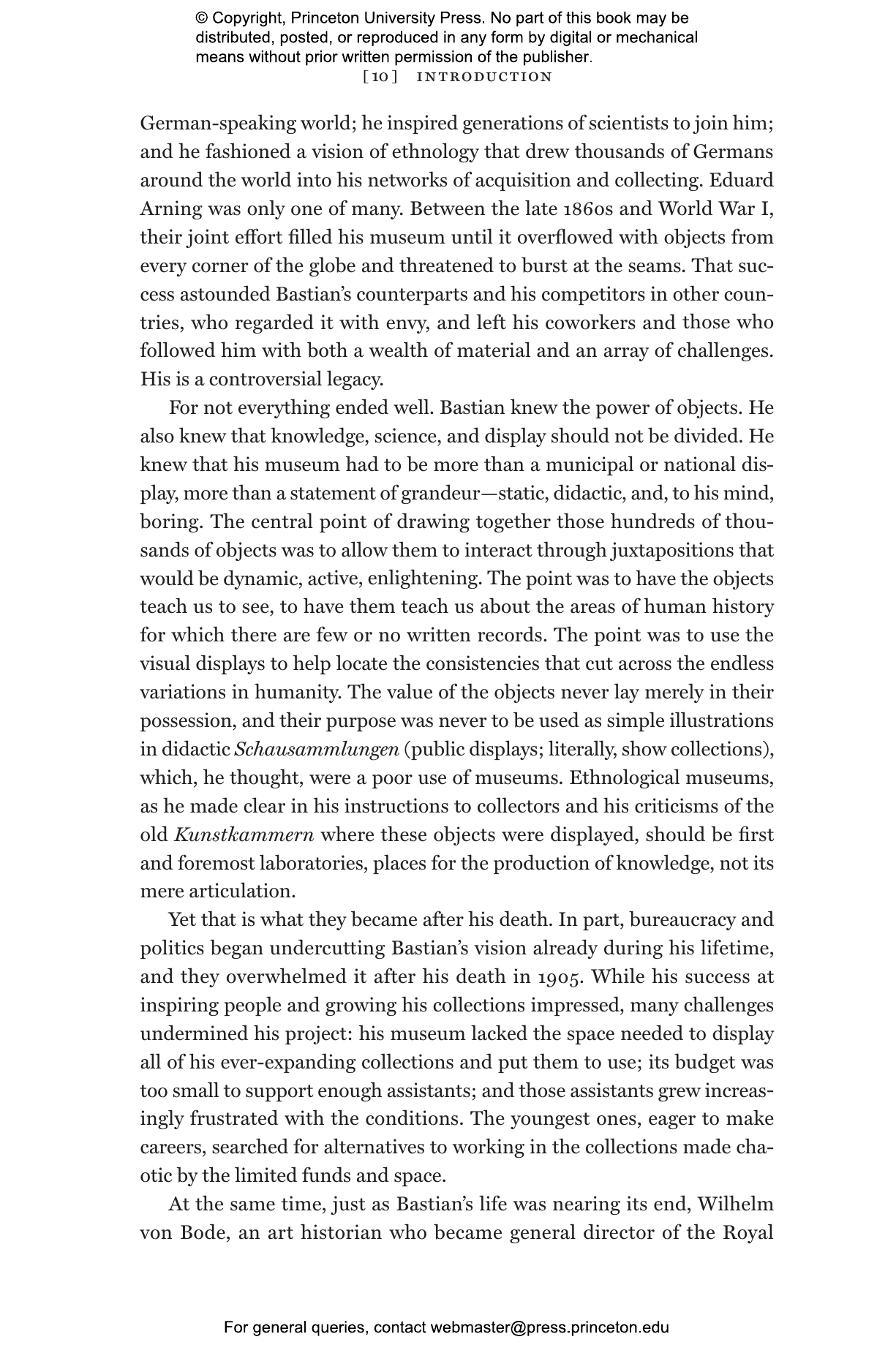 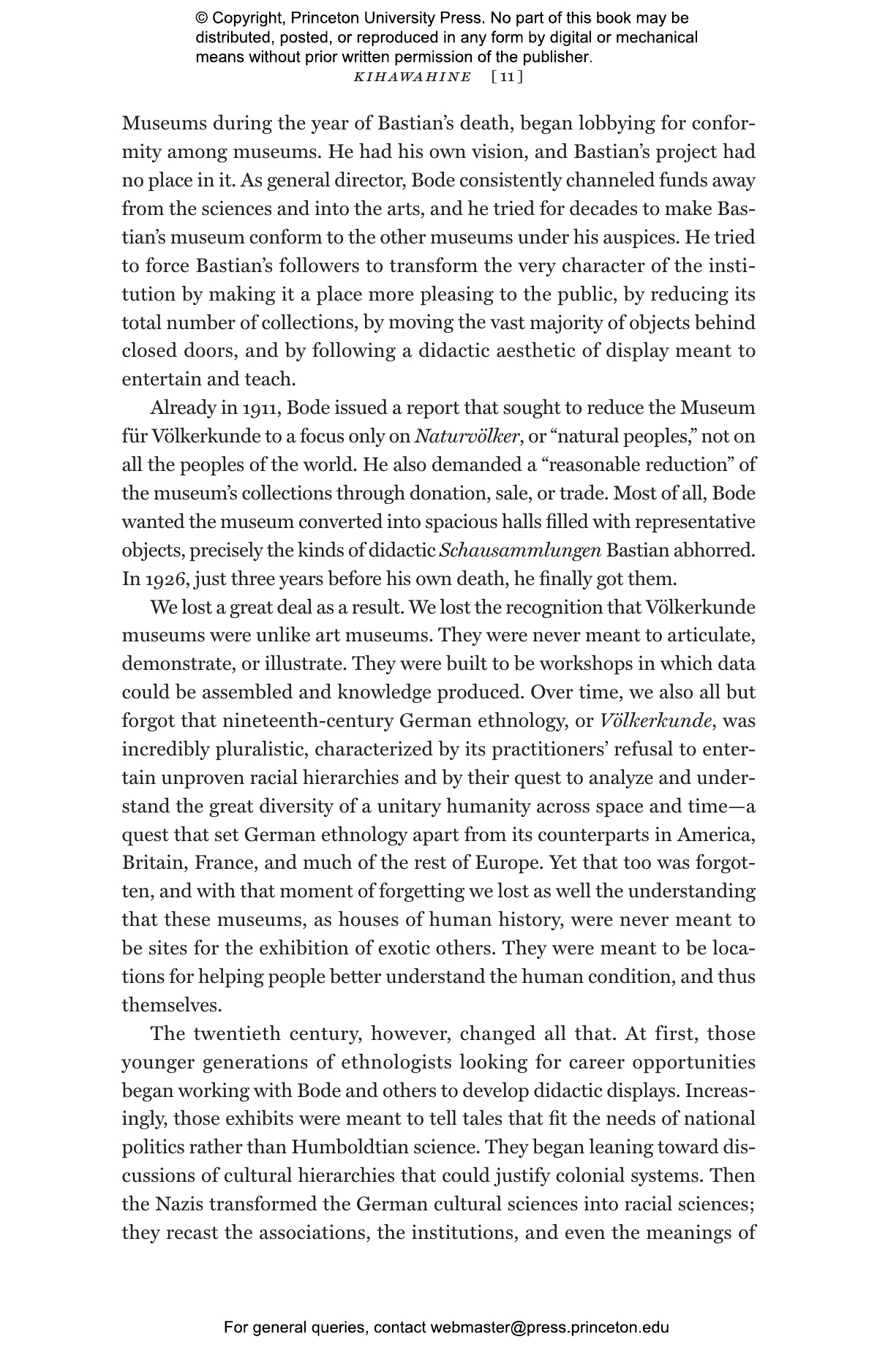 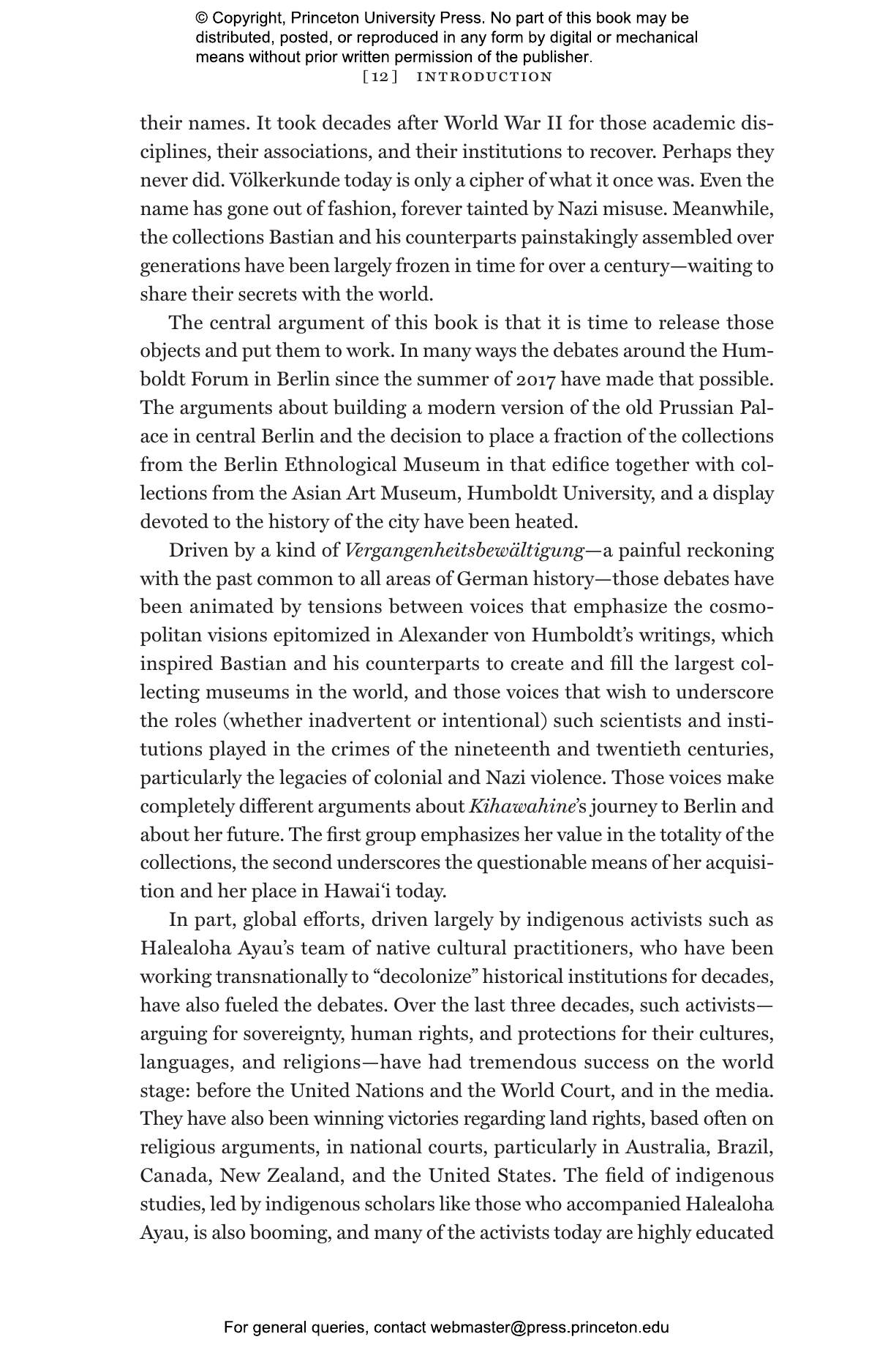 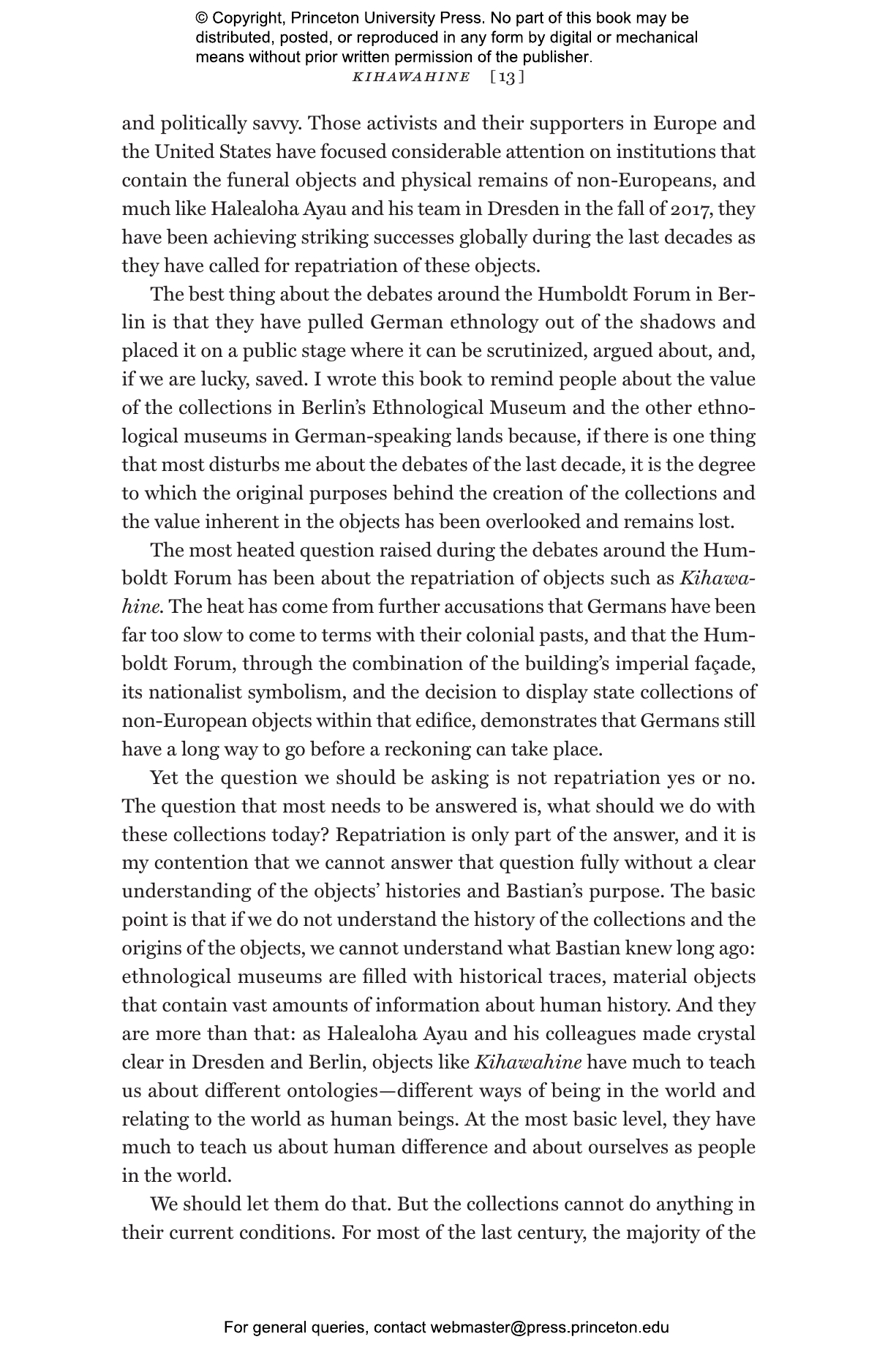 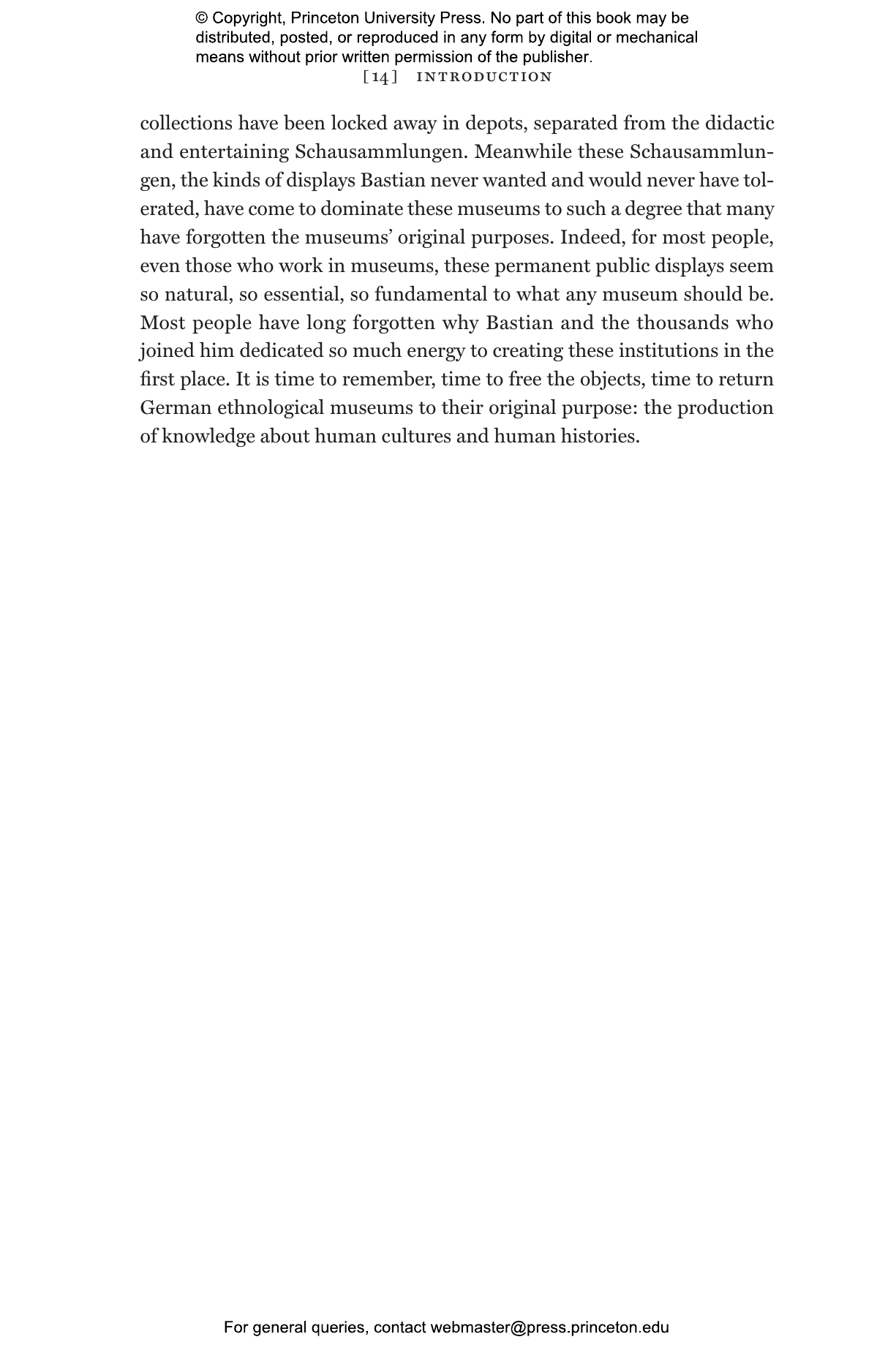 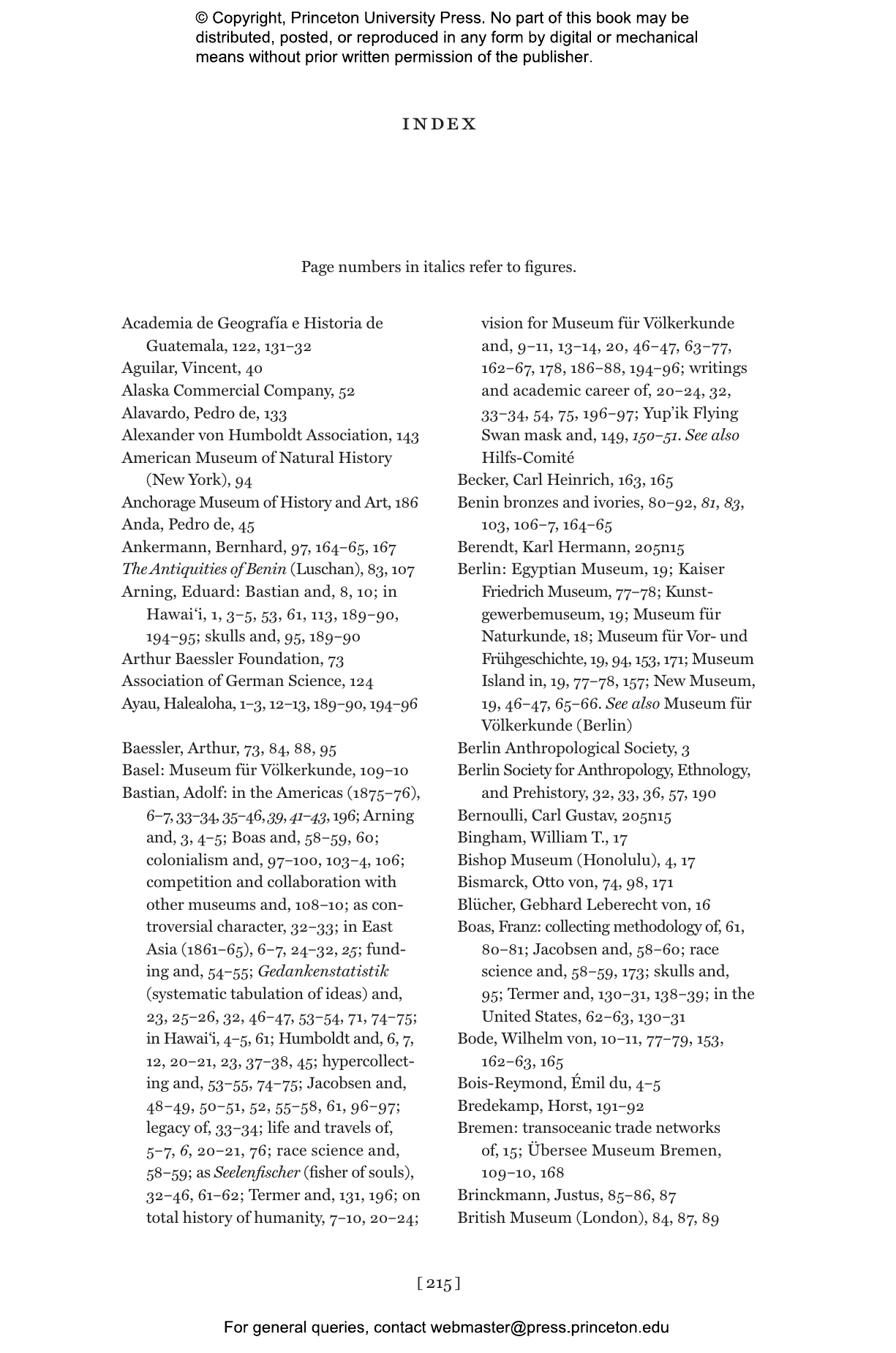 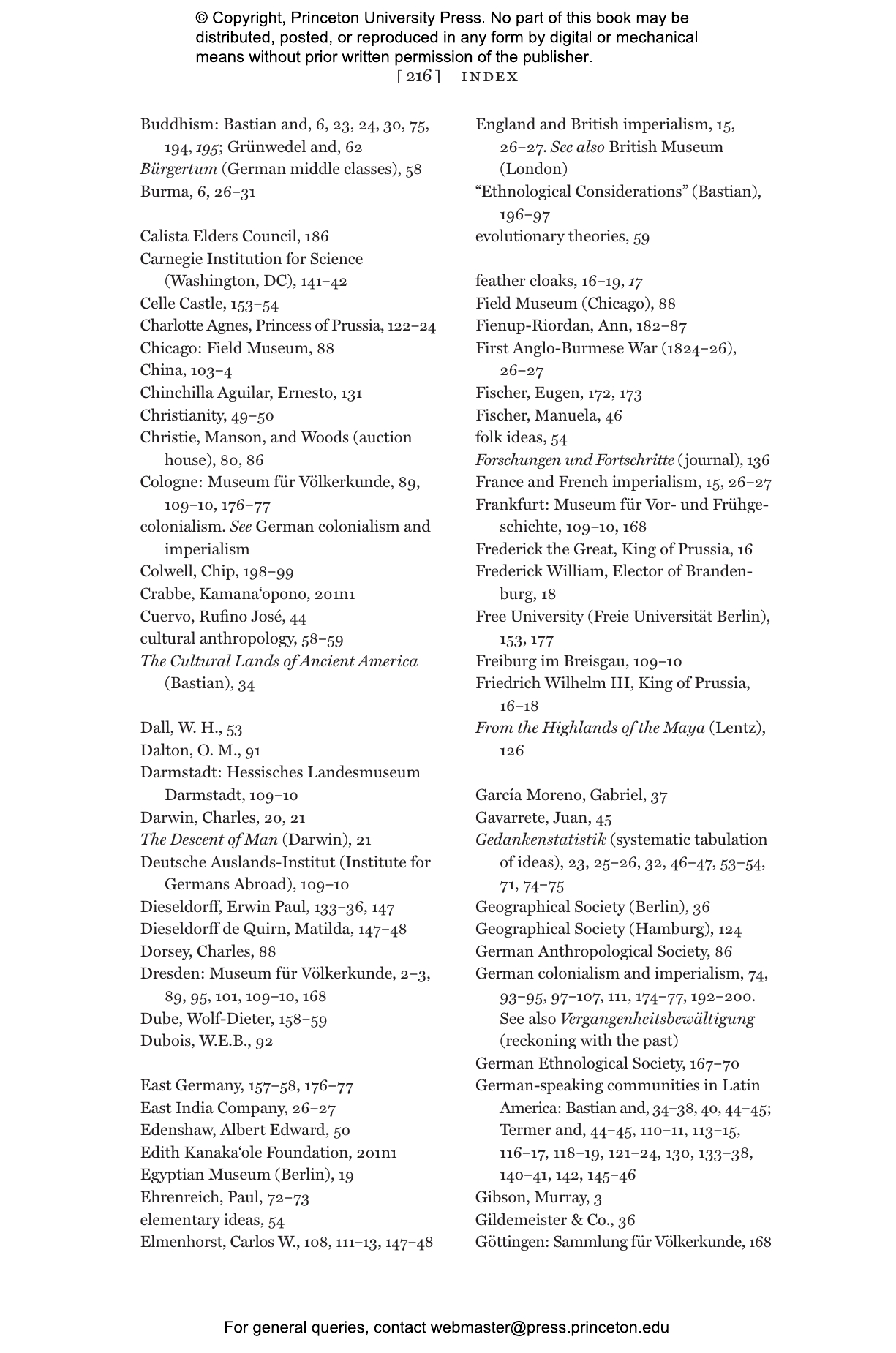 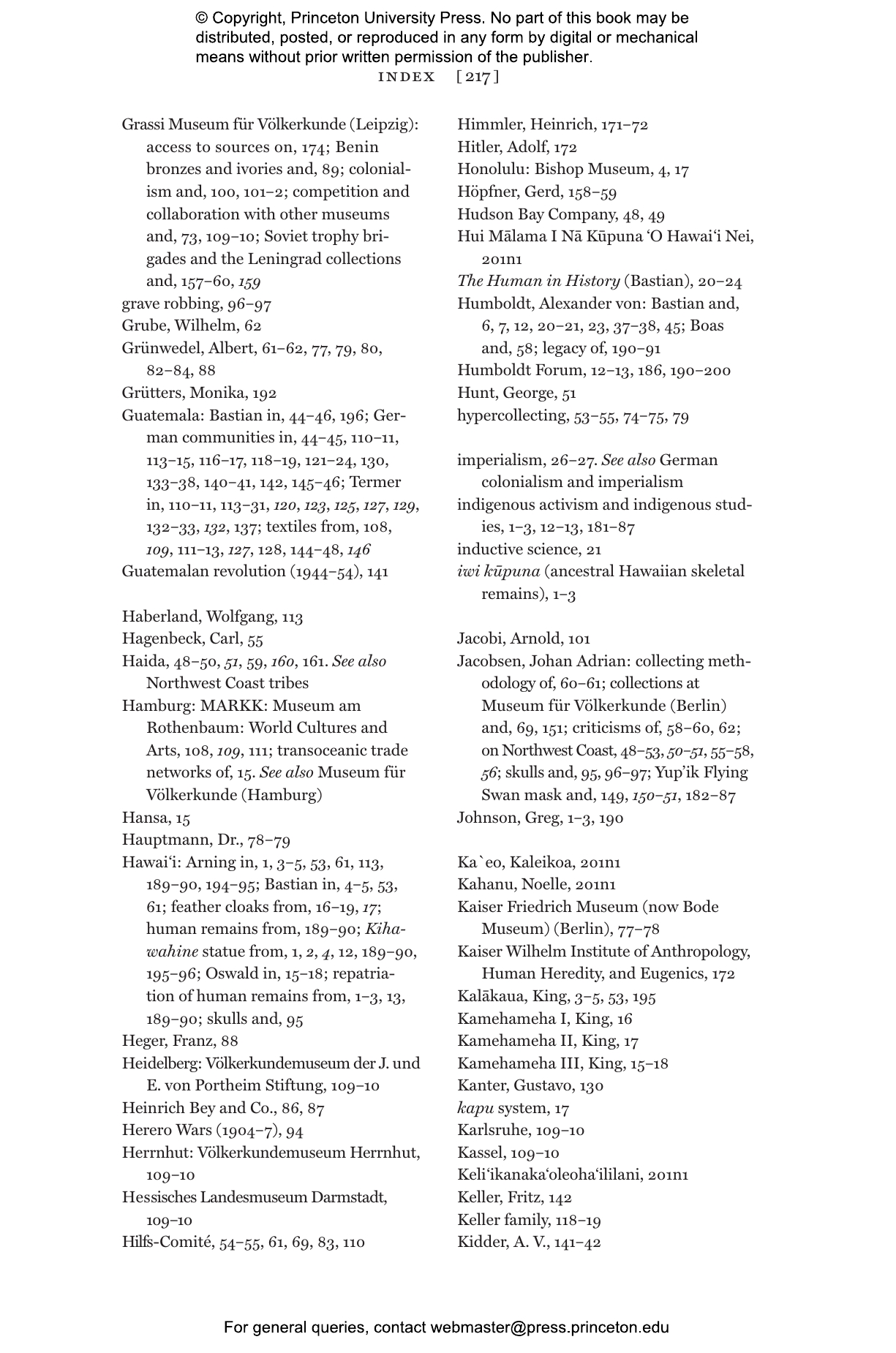 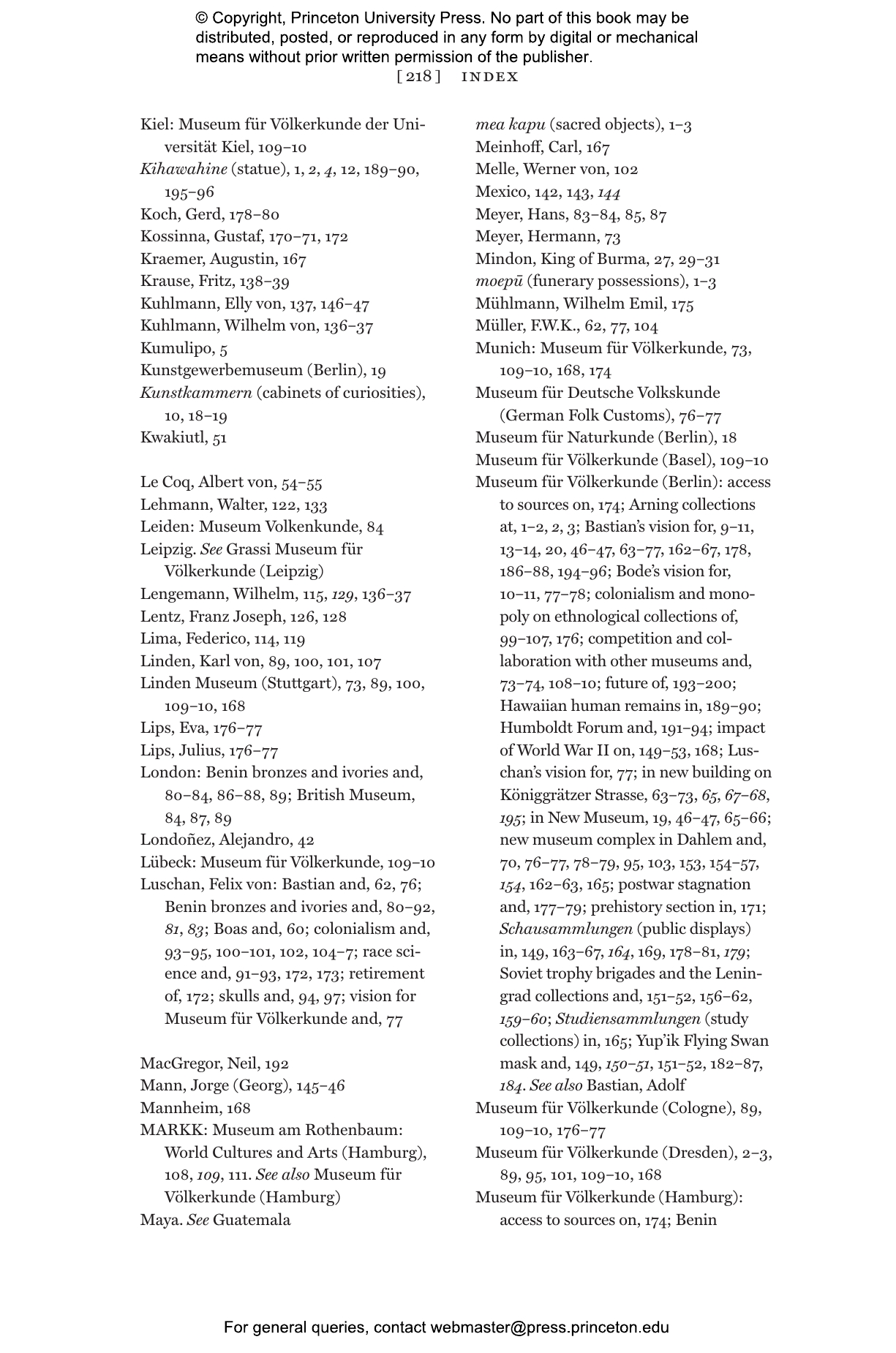 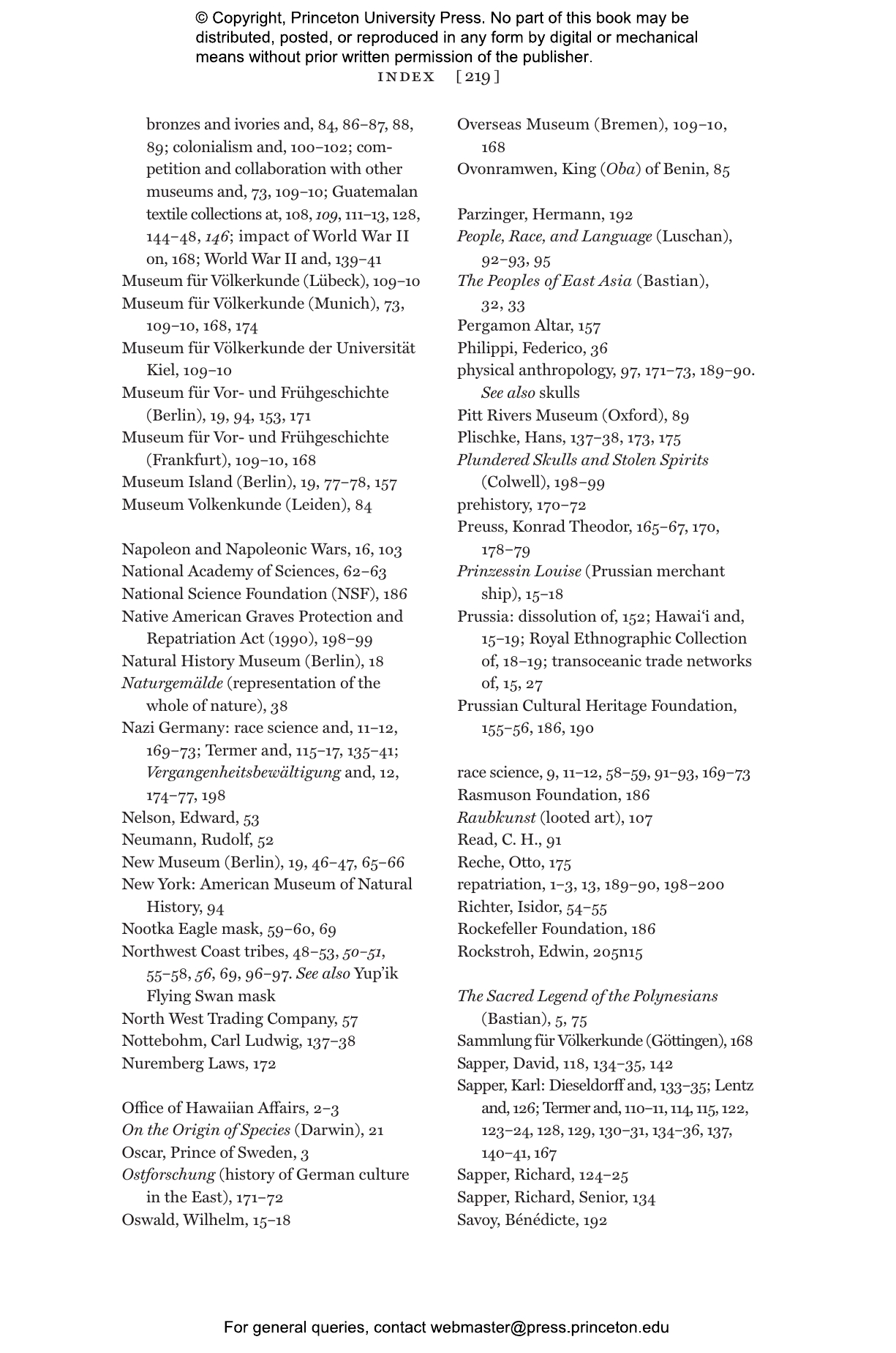 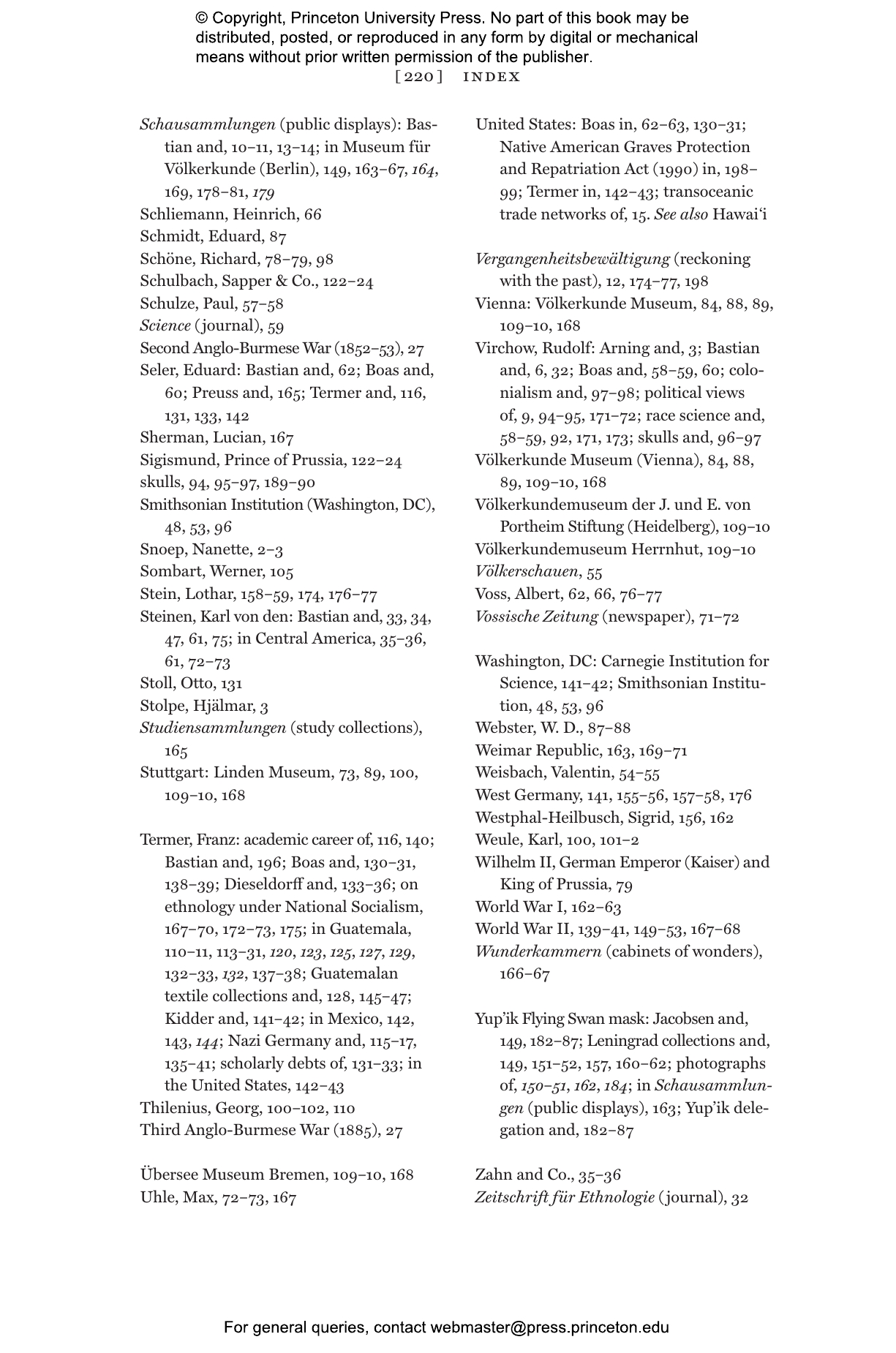 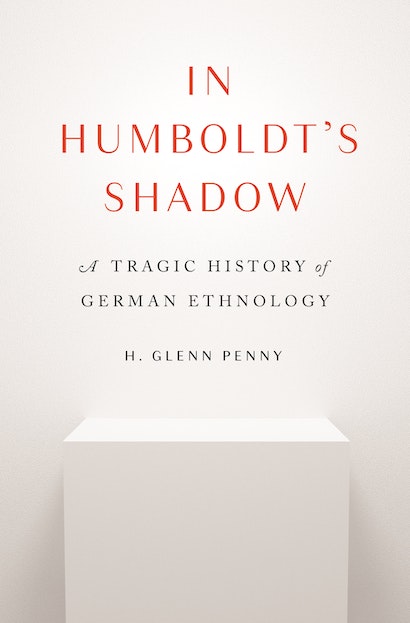 The Berlin Ethnological Museum is one of the world’s largest and most important anthropological museums, housing more than a half million objects collected from around the globe. In Humboldt’s Shadow tells the story of the German scientists and adventurers who, inspired by Alexander von Humboldt’s inclusive vision of the world, traveled the earth in pursuit of a total history of humanity. It also details the fate of their museum, which they hoped would be a scientists’ workshop, a place where a unitary history of humanity might emerge.

H. Glenn Penny shows how these early German ethnologists assembled vast ethnographic collections to facilitate their study of the multiplicity of humanity, not to confirm emerging racist theories of human difference. He traces how Adolf Bastian filled the Berlin museum in an effort to preserve the records of human diversity, yet how he and his supporters were swept up by the imperialist currents of the day and struck a series of Faustian bargains to ensure the growth of their collections. Penny describes how influential administrators such as Wilhelm von Bode demanded that the museum be transformed into a hall for public displays, and how Humboldt’s inspiring ideals were ultimately betrayed by politics and personal ambition.

In Humboldt’s Shadow calls on museums to embrace anew Bastian’s vision while deepening their engagement with indigenous peoples concerning the provenance and stewardship of these collections.

H. Glenn Penny is professor of modern European history at the University of Iowa. He is the author of Kindred by Choice: Germans and American Indians since 1800 and Objects of Culture: Ethnology and Ethnographic Museums in Imperial Germany.

"A rich and engaging scholarly account. In Humboldt's Shadow recovers the forgotten history of German ethnology and shows why it is relevant for us today."—Sharon Macdonald, author of Memorylands: Heritage and Identity in Europe Today

"Expertly written and highly topical, this accessible and informative book provides a much-needed historical perspective on current predicaments surrounding the study of cultural material heritage and reminds anthropologists that their field was and should be in the interest of human understanding."—Han F. Vermeulen, author of Before Boas: The Genesis of Ethnography and Ethnology in the German Enlightenment