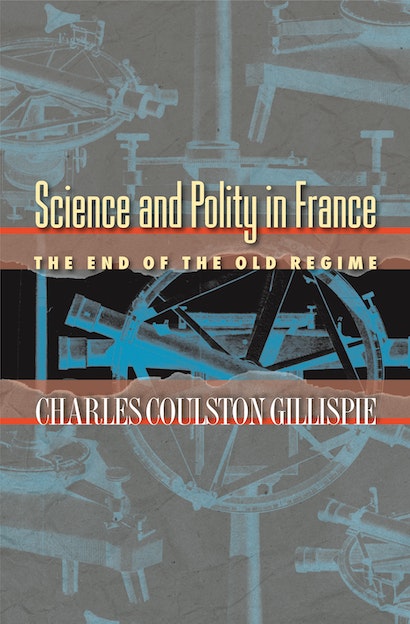 Charles Coulston Gillispie is Dayton-Stockton Professor Emeritus of History at Princeton University, where he founded the program in History and Philosophy of Science in 1960. His books include The Edge of Objectivity; Lazare Carnot Savant; The Montgolfier Brothers and the Invention of Aviation; Pierre-Simon Laplace: A Life in Exact Science; and Science and Polity in France: The End of the Old Regime (all Princeton). He was also the editor of the Dictionary of Scientific Biography (16 volumes, 1970-1980). In 1997, he was awarded the Balzan Prize in the History and Philosophy of Science.

"[A] learned and absorbing book. . . . In both conception and execution, it is a work on the grand scale."—Nature

"This is an authoritative book by one of our leading historians of science. . . . Written in a stately style and rich in archival and documentary evidence, it will be a source of pleasure and profit to students of French science for many years to come."—Science

"An enormously elaborate interweaving of many threads of detail, political, scientific, personal. . . . Its expression is fluent and vivid. It is a very scholarly book, but it is no arid presentation of past events, it is alive. . . . This is history as it is rarely written, and the book is wonderful."—Quarterly Review of Biology