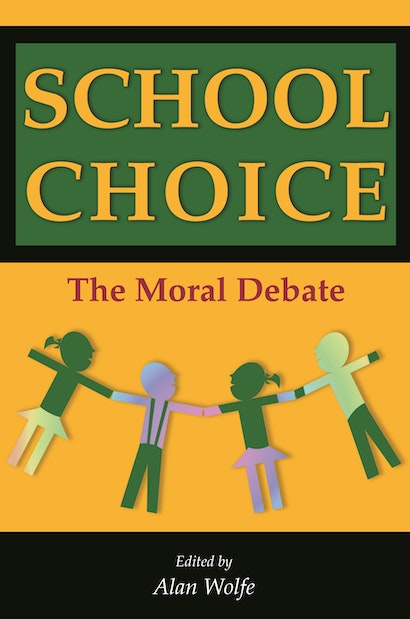 School choice has lately risen to the top of the list of potential solutions to America’s educational problems, particularly for the poor and the most disadvantaged members of society. Indeed, in the last few years several states have held referendums on the use of vouchers in private and parochial schools, and more recently, the Supreme Court reviewed the constitutionality of a scholarship program that uses vouchers issued to parents. While there has been much debate over the empirical and methodological aspects of school choice policies, discussions related to the effects such policies may have on the nation’s moral economy and civil society have been few and far between. School Choice, a collection of essays by leading philosophers, historians, legal scholars, and theologians, redresses this situation by addressing the moral and normative side of school choice.

Wolfe is Professor of political Science and Director of the Boisi Center for Religion and American Public Life at Boston College. He is the author or editor of more than ten books, including Moral Freedom (W. W. Norton) and One Nation, After All (Viking Penguin).

"I doubt that anyone who reads [School Choice] will ever participate in, or listen to, prosaic debates on school choice in the same way again. What most excited me about this work was its reflection of a broader truth of the American political arena—the sometimes antithetical, yet equally legitimate, value frameworks that inform policy decision-making: liberty versus equality; community versus efficiency, and so on. . . . The ideas at play here illuminate far more than the worth of school vouchers."—Francine Sanders Romero, The Law and Politics Book Review

"Most essay collections about school choice tend to support one position or another. This one is organized as a debate. Alan Wolfe, one of the most thoughtful scholars of American life writing today, has brought together a stellar cast of authors who are all at the forefront of their respective fields. This in itself will make the book of interest to those concerned with the issue."—Diane Ravitch, New York University, author of Left Back: A Century of Battles over School Reform