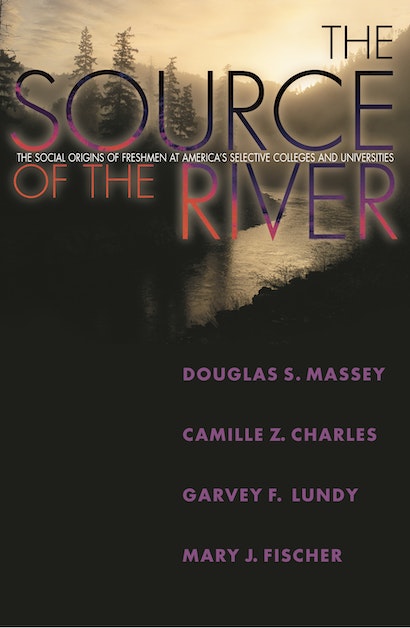 African Americans and Latinos earn lower grades and drop out of college more often than whites or Asians. Yet thirty years after deliberate minority recruitment efforts began, we still don’t know why. In The Shape of the River, William Bowen and Derek Bok documented the benefits of affirmative action for minority students, their communities, and the nation at large. But they also found that too many failed to achieve academic success. In The Source of the River, Douglas Massey and his colleagues investigate the roots of minority underperformance in selective colleges and universities. They explain how such factors as neighborhood, family, peer group, and early schooling influence the academic performance of students from differing racial and ethnic origins and differing social classes.


Drawing on a major new source of data — the National Longitudinal Survey of Freshmen — the authors undertake a comprehensive analysis of the diverse pathways by which whites, African Americans, Latinos, and Asians enter American higher education. Theirs is the first study to document the different characteristics that students bring to campus and to trace out the influence of these differences on later academic performance. They show that black and Latino students do not enter college disadvantaged by a lack of self-esteem. In fact, overconfidence is more common than low self-confidence among some minority students. Despite this, minority students are adversely affected by racist stereotypes of intellectual inferiority. Although academic preparation is the strongest predictor of college performance, shortfalls in academic preparation are themselves largely a matter of socioeconomic disadvantage and racial segregation.


Presenting important new findings, The Source of the River documents the ongoing power of race to shape the life chances of America’s young people, even among the most talented and able. 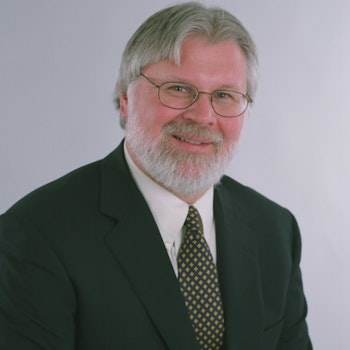 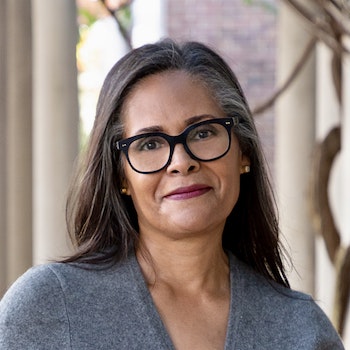 "This is scholarship of the first order, a study that will influence thinking about our society for the next generation."—Jay Mathews, Washington Monthly

"This is a beautifully written book. Each word is so carefully chosen and the style so limpid that the text is a pleasure to read. . . . In short, this is a book that should be bought and read by every serious student of education."—Terence Kealey, The Times Higher Education Supplement

"This is a very valuable contribution to the sociological study of access to American higher education by ethnic minorities. It also contains useful information for campus personnel and academic staff. . . . [T]his is how social science should be written. . . . This book is highly relevant to those academic staff concerned with meaningful access for all to higher education."—Gerald Postiglione, Educational Review

"For examining the race difference in early college performance and achievement, The Source of the River is a very important book of well-designed and executed social science research. Massey and his colleagues are superb at presenting fresh evidence, and their analyses provide new insight into many of the established contributors to the relatively low early college performance and socialization of African American and Latino students compared to whites and Asian Americans attending the nation's elite colleges and universities. In addition to revealing the overwhelming and cumulative effect of cultural capital, The Source of the River is most effective in either refuting prevailing theories or challenging their generalizations about the race differences in student performance in American education generally and in colleges and universities in particular. The Source of the River should be very helpful to colleges and universities that are interested and actively engaged in pursuing higher performance and greater success for under-represented college students. It provides potent new content to include in the dialog and debate among students, faculty, parents, and policymakers about existing efforts for closing performance and achievement."—Michael T. Nettles, University of Michigan

"The American struggle over racial inequality is as much a struggle for understanding as it is a moral struggle. That understanding—in the area of higher education—has now been given a new foundation in this masterful book by Douglas Massey and his colleagues. Through a study of national scope, they have exposed many of the root causes of persistent racial inequalities in higher education. Like Bowen and Bok's Shape of the River, it is a landmark book that, in my hopes, will launch a new era of both understanding and remedy."—Claude Steele, Stanford University

"The Source of the River decodes the puzzle of minority underachievement via an authoritative and comprehensive examination of the social origins of black, white, Hispanic, and Asian freshmen admitted to selective colleges and universities. Massey, Charles, Lundy, and Fischer go beyond the conventional family background correlates of scholastic performance and demonstrate the profound and lasting impact of residential segregation on the life chances of black and Hispanic young people. Their argument and evidence is both compelling and convincing and will stand as a pillar on which future studies must build to understand the origins and persistence of educational stratification in the United States."—Marta Tienda, Princeton University

"This is a first-rate analytical study that takes full advantage of extensive empirical data describing the pre-college lives of a large panel of students who belong to different racial groups. To my knowledge, there is nothing else like it. Massey et al have begun to untangle the forces that shape the academic performance of students from various backgrounds and in this way to provide new insights than can guide more informed social policies."—William G. Bowen, President, The Andrew W. Mellon Foundation, President Emeritus, Princeton University, coauthor of The Shape of The River and The Game of Life