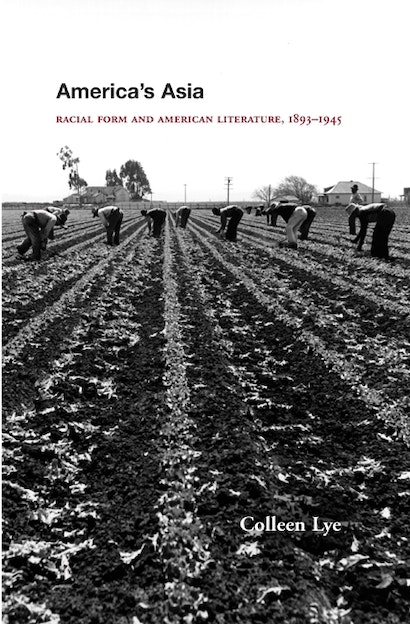 What explains the perception of Asians both as economic exemplars and as threats? America’s Asia explores a discursive tradition that affiliates the East with modern efficiency, in contrast to more familiar primitivist forms of Orientalism. Colleen Lye traces the American stereotype of Asians as a “model minority” or a “yellow peril” — two aspects of what she calls “Asiatic racial form” — to emergent responses to globalization beginning in California in the late nineteenth century, when industrialization proceeded in tandem with the nation’s neocolonial expansion beyond its continental frontier.


From Progressive efforts to regulate corporate monopoly to New Deal contentions with the crisis of the Great Depression, a particular racial mode of social redress explains why turn-of-the-century radicals and reformers united around Asian exclusion and why Japanese American internment during World War II was a liberal initiative.


In Lye’s reconstructed archive of Asian American racialization, literary naturalism and its conventions of representing capitalist abstraction provide key historiographical evidence. Arguing for the profound influence of literature on policymaking, America’s Asia examines the relationship between Jack London and leading Progressive George Kennan on U.S.-Japan relations, Frank Norris and AFL leader Samuel Gompers on cheap immigrant labor, Pearl S. Buck and journalist Edgar Snow on the Popular Front in China, and John Steinbeck and left intellectual Carey McWilliams on Japanese American internment. Lye’s materialist approach to the construction of race succeeds in locating racialization as part of a wider ideological pattern and in distinguishing between its different, and sometimes opposing, historical effects.

Colleen Lye is Associate Professor of English at the University of California, Berkeley. She is an editorial board member of Inter-Asia Cultural Studies and Representations.

"Through a densely historicized, insightful reading of literary naturalism, Colleen Lye makes important contributions to understanding U.S. political, economic, and social history. . . . This is an exemplary work of materialist study of literature and history that humbles most literary critics and historians."—Mari Yoshihara, Journal of American History

"America's Asia offers an original, wry, relentlessly sustained, solidly researched, and trenchantly historicized way of refiguring the making of Asia/Pacific-U.S. relations. Probing the racial dynamics of global modernity and class tensions in spectacular new ways, Lye's book shows the invention of the Pacific Rim as a horizon of US global expansion as much as a racial frontier of Asian management and exclusion. A superb, far-reaching and important work."—Rob Wilson, University of California, Santa Cruz and author, Reimagining the American Pacific

"A combination of literary criticism, history, race and ethnic studies; and political theory and history, America's Asia places meticulous analyses of a critically defined historical field within a theoretical framework that greatly extends the significance of this period and these issues to the question of American modernity."—David Palumbo-Liu, author of Asian/American: Historical Crossings of a Racial Frontier

"No student or scholar of Asian America can afford to ignore this book. Lye is as mindful of the broad strokes of history as she is of the detail of literary texture, of the domestic as of the global. She engages with radical theories of interpretation, the trajectories of gendering, as well as the vicissitudes of U.S. Marxism. It is a learned book; the documentation alone is a brilliant aid to scholarship. And it is also a wise book: its premises rethink white supremacy as merely a racial ideology."—Gayatri Chakravorty Spivak, Columbia University