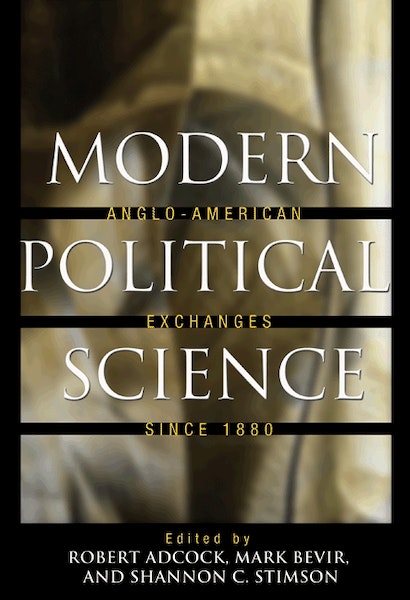 Since emerging in the late nineteenth century, political science has undergone a radical shift — from constructing grand narratives of national political development to producing empirical studies of individual political phenomena. What caused this change? Modern Political Science — the first authoritative history of Anglophone political science — argues that the field’s transformation shouldn’t be mistaken for a case of simple progress and increasing scientific precision. On the contrary, the book shows that political science is deeply historically contingent, driven both by its own inherited ideas and by the wider history in which it has developed.


Focusing on the United States and the United Kingdom, and the exchanges between them, Modern Political Science contains contributions from leading political scientists, political theorists, and intellectual historians from both sides of the Atlantic. Together they provide a compelling account of the development of political science, its relation to other disciplines, the problems it currently faces, and possible solutions to these problems.


Building on a growing interest in the history of political science, Modern Political Science is necessary reading for anyone who wants to understand how political science got to be what it is today — or what it might look like tomorrow.

"The erudition is uniformly impressive. The book succeeds in showing how the history of political science is not merely of antiquarian interest but of continuing and vital relevance to how political scientists today go about their craft."—Geoffrey Brahm Levey, European Legacy

"Modern Political Science makes a novel and valuable contribution to the disciplinary history of political science by comparing American and British approaches to the 'scientific' study of politics. The essays succeed admirably in advancing our knowledge of the emergence of political science as a distinct discipline."—Terence Ball, Arizona State University

"There is a social democratic politics that has been connected at various times, and on both sides of the Atlantic, with the radical historicism advocated by this book. While both the politics and philosophy have been out of fashion for much of the last two decades, they have not been without distinguished champions. I hope that the contributors to this book succeed in returning such ideas to the center of academic—and political—debate for the twenty-first century."—James T. Kloppenberg, Harvard University