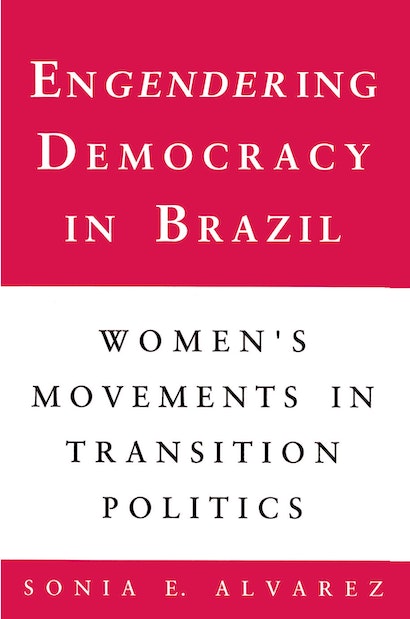 Brazil has the tragic distinction of having endured the longest military-authoritarian regime in South America. Yet the country is distinctive for another reason: in the 1970s and 1980s it witnessed the emergence and development of perhaps the largest, most diverse, most radical, and most successful women’s movement in contemporary Latin America. This book tells the compelling story of the rise of progressive women’s movements amidst the climate of political repression and economic crisis enveloping Brazil in the 1970s, and it devotes particular attention to the gender politics of the final stages of regime transition in the 1980s.

Situating Brazil in a comparative theoretical framework, the author analyzes the relationship between nonrevolutionary political change and changes in women’s consciousness and mobilization. Her engaging analysis of the potentialities for promoting social justice and transforming relations of inequality for women and men in Latin America and elsewhere in the Third World makes this book essential reading for all students and teachers of Latin American politics, comparative social movements and public policy, and women’s studies and feminist political theory.