As China emerges as an international economic and military power, the world waits to see how the nation will assert itself globally. Yet, as M. Taylor Fravel shows in Strong Borders, Secure Nation, concerns that China might be prone to violent conflict over territory are overstated. The first comprehensive study of China’s territorial disputes, Strong Borders, Secure Nation contends that China over the past sixty years has been more likely to compromise in these conflicts with its Asian neighbors and less likely to use force than many scholars or analysts might expect.


By developing theories of cooperation and escalation in territorial disputes, Fravel explains China’s willingness to either compromise or use force. When faced with internal threats to regime security, especially ethnic rebellion, China has been willing to offer concessions in exchange for assistance that strengthens the state’s control over its territory and people. By contrast, China has used force to halt or reverse decline in its bargaining power in disputes with its militarily most powerful neighbors or in disputes where it has controlled none of the land being contested. Drawing on a rich array of previously unexamined Chinese language sources, Strong Borders, Secure Nation offers a compelling account of China’s foreign policy on one of the most volatile issues in international relations.

M. Taylor Fravel is associate professor of political science and member of the Security Studies Program at the Massachusetts Institute of Technology. 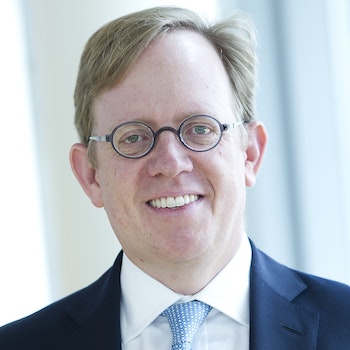 "This comprehensive, compelling volume by Fravel seeks to address the overstated concerns that China might be prone to violent conflict over territory."—S.K. Ma, Choice

"M. Taylor Fravel . . . provides compelling evidence that in its territorial disputes China has been less prone to violence and more cooperative than realist theory or conventional wisdom about an expansionist state might suggest."—David Rosenberg, China Journal

"This is a tour de force work of scholarship that is comprehensive, empirically rich and analytically strong. . . . For anyone who works on contemporary China, this book will be an indispensible reference volume."—Andrew Scobell, Pacific Affairs

"The book is not only a necessary work for everyone dealing with Chinese politics, but also it deserves to become a new standard for the study of international politics in general."—Bart Dessein, International History Review

"Fravel offers an important interpretation of China's behaviour, based on what it has actually done in the last six decades. . . . The book will help many trying to decide whether China will be a disruptive or a positive international force in the years to come."—Kerry Brown, Asian Affairs

"This book makes a refreshing change, both for its theoretical and empirical rigour and in its balanced coverage."—Jonathan Sullivan, Political Studies Review

"How China handles the issue of Taiwan is going to offer a significantly novel framework for international studies over territorial sovereignty disputes. Fravel has provided a plethora of historical details and sophisticated explanations for these diplomatic events, and has produced a highly readable book."—Yuk Wah Chan, Journal of Chinese Political Science

"Professor M. Taylor Fravel . . . has made a valuable contribution to Princeton Studies in International History and Politics. . . . His impeccable research helps in correcting false notions, for instance, on China's boundary agreement with Pakistan on March 2, 1963."—A. G. Noorani, Frontline

"This excellent book is the first to systematically examine China's handling of territorial disputes and shows why in many cases, the country has been willing to negotiate and concede. The reasons given are novel and provocative, and challenge conventional wisdom about the relationship between domestic unrest and external aggressiveness. This book will be the gold standard for further work on a vital but understudied topic."—Alastair Iain Johnston, Harvard University

"Fravel uses China, which has had more territories in dispute with neighbors than any other state since World War II, to form and test hypotheses about when states are likely to go to war or cooperate to solve territorial disputes. The result is both the first comprehensive benchmark study of China's behavior along its frontiers and a brilliant contribution to political science."—Chas W. Freeman, Jr., former assistant secretary of defense for international security affairs

"Fravel has given us a compelling and comprehensive account of why China has generally compromised in its territorial disputes with its neighbors rather than resort to force. In the process, he has made significant advances in both international relations theory and Chinese foreign policy."—Robert J. Art, Brandeis University

"Strong Borders, Secure Nation is a significant work of scholarship. M. Taylor Fravel has combined authoritative and extensive research of Chinese documents with sophisticated political science methodologies. The result is both a comprehensive and definitive work on Chinese policy toward border disputes as well as a persuasive theoretical approach to the international politics of territorial conflicts."—Robert S. Ross, Boston College

"Tightly framed and carefully reasoned, this excellent book addresses an obvious gap in the study of Chinese foreign policy and national security. I believe that this book will become the benchmark text in the field for years to come."—Allen Carlson, Cornell University