Plato’s Ghost is the first book to examine the development of mathematics from 1880 to 1920 as a modernist transformation similar to those in art, literature, and music. Jeremy Gray traces the growth of mathematical modernism from its roots in problem solving and theory to its interactions with physics, philosophy, theology, psychology, and ideas about real and artificial languages. He shows how mathematics was popularized, and explains how mathematical modernism not only gave expression to the work of mathematicians and the professional image they sought to create for themselves, but how modernism also introduced deeper and ultimately unanswerable questions.

Plato’s Ghost evokes Yeats’s lament that any claim to worldly perfection inevitably is proven wrong by the philosopher’s ghost; Gray demonstrates how modernist mathematicians believed they had advanced further than anyone before them, only to make more profound mistakes. He tells for the first time the story of these ambitious and brilliant mathematicians, including Richard Dedekind, Henri Lebesgue, Henri Poincaré, and many others. He describes the lively debates surrounding novel objects, definitions, and proofs in mathematics arising from the use of naïve set theory and the revived axiomatic method — debates that spilled over into contemporary arguments in philosophy and the sciences and drove an upsurge of popular writing on mathematics. And he looks at mathematics after World War I, including the foundational crisis and mathematical Platonism.

Plato’s Ghost is essential reading for mathematicians and historians, and will appeal to anyone interested in the development of modern mathematics.

Jeremy Gray is professor of the history of mathematics and director of the Centre for the History of the Mathematical Sciences at the Open University. His books include Worlds Out of Nothing and János Bolyai, Non-Euclidean Geometry, and the Nature of Space. 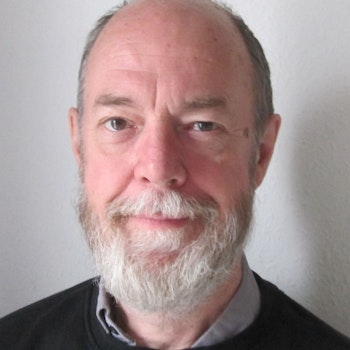 "In Plato's Ghost, he has . . . present[ed] us with an ambitious and in many respects remarkable synthesis of the modern transformation of mathematics via structural and set-theoretic notions, together not only with its logic and philosophy but also with related developments in artificial languages and psychology. . . . I can certainly recommend Plato's Ghost highly as a rich resource and point of departure for readers who want to learn more about this exciting period in the development of modern mathematics."—Solomon Feferman, American Scientist

"In a book aimed at the educated public, the author presents an impressive amount of data—both of the kind mathematicians with some awareness of the history of their subject may be aware of, and of an entirely different kind, coming from the outskirts of mathematics, from philosophy, from physics, or from the popularization of mathematics, which will likely be new even to historians of mathematics."—Victor V Pambuccian, Mathematical Reviews

"It is . . . no small assertion to say that the book under review, Plato's Ghost, is [Gray's] most far-reaching and ambitious work to date. . . . [T]here is a wealth of valuable data here which, if not fully processed and pigeonholed, is at least tagged and cataloged in a helpful way. Plato's Ghost provides an insightful and informative resource for anyone doing mathematics today who has wondered how (and perhaps why) the subject has come to possess the features it has today. The book gives us a lot to think about, which is exactly what a good history should do."—Jeremy Avigad, Mathematical Intelligencer

"In this book Jeremy Gray offers us the fruit of more than a decade reading and thinking about modernism in mathematics. He presents it, in very well written form, to a broad audience interested in mathematics, its history and philosophy."—Erhard Scholz, Metascience

"What we have here . . . is an excellent and detailed survey of how modernism took root in mathematics. Plato's Ghost provides the launching pad for future ruminations on the modernist thesis."—Calvin Jongsma, Perspectives on Science and Christian Faith

"I commend Gray for writing an extraordinarily detailed and fascinating history of modernist mathematics, whose philosophical fruits remain ripe for the picking. The sections on geometry shine with clarity and convey the drama of modernism in a compelling and page-turning way. The treatments of less-studied actors are fascinating and promise to be of much use in incorporating their work into ongoing scholarship. The book could be fruitfully used as a supplement to a variety of courses in philosophy, including philosophy of mathematics and logic, history of analytic philosophy, and philosophy of science. It is a monument of scholarship and will reward careful study."—Andrew Arana, Philosophia Mathematica

"In the course of this study Gray uncovers many new and unexpected things. . . . Gray's book offers a rich and . . . balanced account of how modernist ideas gradually gained inroads within pure mathematics."—David E. Rowe, Bulletin of the American Mathematical Society

"In this impressive synthesis, Gray brings, in a largely nontechnical way, the technical development of mathematics from the 1880s to the 1930s into the broader historical analysis of the concept of modernity. His argument promises not only to challenge historians of mathematics but also, finally, to bring mathematics into wider discussions of cultural history."—Karen Hunger Parshall, author of James Joseph Sylvester: Jewish Mathematician in a Victorian World

"A major addition to scholarship in the history of mathematics and in the history of science in general. Gray throws light on a major cultural transformation of mathematics. The book is written for a large readership of historians of science, philosophers, and scientists. It will have repercussions in broader debates on scientific culture, and will remain a reference work for many years to come."—Moritz Epple, Johann Wolfgang Goethe University