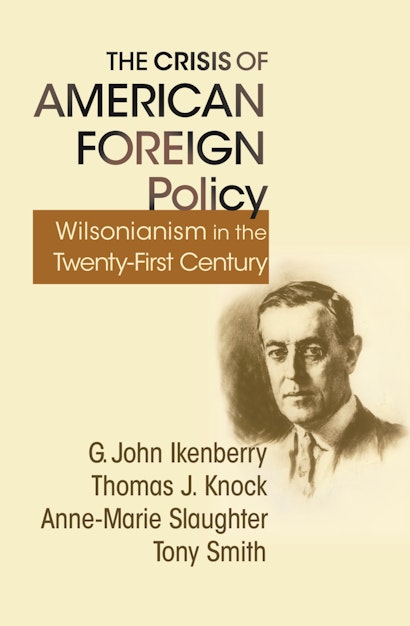 Was George W. Bush the true heir of Woodrow Wilson, the architect of liberal internationalism? Was the Iraq War a result of liberal ideas about America’s right to promote democracy abroad? In this timely book, four distinguished scholars of American foreign policy discuss the relationship between the ideals of Woodrow Wilson and those of George W. Bush. The Crisis of American Foreign Policy exposes the challenges resulting from Bush’s foreign policy and ponders America’s place in the international arena.


Led by John Ikenberry, one of today’s foremost foreign policy thinkers, this provocative collection examines the traditions of liberal internationalism that have dominated American foreign policy since the end of World War II. Tony Smith argues that Bush and the neoconservatives followed Wilson in their commitment to promoting democracy abroad. Thomas Knock and Anne-Marie Slaughter disagree and contend that Wilson focused on the building of a collaborative and rule-centered world order, an idea the Bush administration actively resisted. The authors ask if the United States is still capable of leading a cooperative effort to handle the pressing issues of the new century, or if the country will have to go it alone, pursuing policies without regard to the interests of other governments.


Addressing current events in the context of historical policies, this book considers America’s position on the global stage and what future directions might be possible for the nation in the post-Bush era. 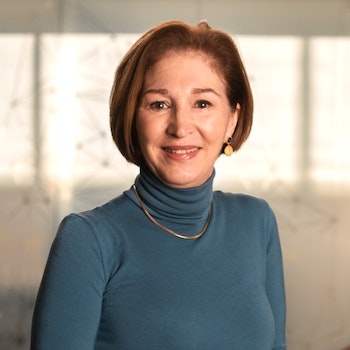 "The Crisis of American Foreign Policy examines Wilson's resonance today. Four noted scholars—three Wilson sympathizers and one caustic critic—offer thoughtful essays on what Wilsons historical example might offer twenty-first-century leaders. . . . It is the combatitive essays by Tony Smith and Anne-Marie Slaughter that invigorate the collection. . . . For Smith, Wilsonianism is a distracting Kantian echo in an increasingly Hobbesian world. Slaughter offers a spirited defense of Woodrow Wilson. . . . This academic clash will resonate with progressives, for Smith's skepticism and Slaughter's optimism reside in many of us. And this same battle of ideas—the pragmatic versus the internationalist—will likely be repeated during high-level debates in the Obama administration."—David Milne, The Nation

"This slender volume by fout prominent foreign policy analysts offers a provocative and informative analysis of the impact of Woodrow Wilson's global vision on American foreign policy over the past century and its potential implications for the twenty-first century."—James M. McCormick, Perspectives on Politics

"I recommend this book wholeheartedly on a number of levels: it provides an articulate account of Wilsonianism; the opportunity to see a substantive and expertly argued discourse among intellectual heavyweights is very much welcomed; and the added relevance—perhaps—of Slaughter's new position as director of policy planning at the State Department in the new Obama administration means US foreign policy could have a distinct Wilsonian flavour in the run-up to the centenary of Wilson's arrival in the White House."—J. Simon Rofe, International Affairs

"Particularly timely. . . . The question the book addresses in four short essays is whether Mr Bush's policies—most notably the Iraq invasion—were 'Wilsonian' in inspiration and whether the reverses have weakened or doomed the tradition."—Daniel Dombey, Financial Times

"This is not a j'accuse account of the Bush presidency. Rather, its focus is a discussion of the tradition of Wilsonianism in American foreign policy, and whether or not George W. Bush's presidency ought to be described as being part of this tradition. While the authors come to different conclusions, using different criteria, the debate is interesting and intelligent, offering plenty for students, historians and enthusiasts alike. The Crisis of American Foreign Policy is the most readable, balanced and lucid theory-based publication I've read in quite some time. Very highly recommended."—Stefan Fergus, Civilian Reader

"This short book warrants close attention by anyone concerned about Obama's foreign policy and the meaning of his Inaugural Address. . . . [Slaughter] offers nothing less than a blueprint for 21st-century Wilsonianism."—Richard M. Gamble, The American Conservative

"Was George W. Bush the heir of Woodrow Wilson? That is the important question addressed by the four authors who created this short but lucid contribution to the U.S. foreign policy debate. The liberal Wilsonians Ikenberry and Slaughter want to answer with a resounding no but are serious and fair-minded enough to give a full airing to the contrary view. The resulting debate does not settle the issue, but it clarifies some of the conflicting and contradictory elements in the legacy that Wilson left."—Walter Russell Mead, Foreign Affairs

"In The Crisis of American Foreign Policy . . . G. John Ikenberry, Thomas J. Knock, Tony Smith and Anne-Marie Slaughter debate whether George W. Bush channelled Woodrow Wilson or buried him. . . . [If] the American empire is still in its infancy, the debate articulated in The Crisis in American Foreign Policy is not only highly relevant but will remain so for the foreseeable future."—Dennis Phillips, Australian Review of Public Affairs

"Debates both the Bush legacy and the prospects for reinvigorating American foreign policy and consequently American international leadership."—Tara McCormack, Spiked Review of Books

"Engages with the debate on the future of democratisation after the Bush era. . . . The various authors engage in a rather lively exchange on the Bush presidency's legacy."—Emiliano Alessandri, International Spectator

"[A] formidable contribution to the understanding of the differences between these two internationalisms. . . . Whatever one's views on the issues developed in this short book, the authors have done a wonderful job in demarcating their disagreements. Indeed, this book should be compulsory reading for students and practitioners of American foreign policy. Listening to Obama's UN speech, one might think that he also found it useful reading."—Sergio Fabbrini, International Journal

"This collection of essays allows the reader to transcend simplistic notions of Wilsonianism, for which the authors should be applauded."—Mark J. L. McClelland, Political Studies Review

"This slim volume (117 pages plus notes) is interesting on a couple of levels, and to at least two audiences. . . . Foreign policy specialists can salivate over the contest between the academic titans; the rest of us get a front-row seat at a sharp but civil and provocative exchange on foundational concepts underlying U.S. foreign policy."—Jerry Petr, Prairie Fire

"This collection makes a definite contribution. . . . [The essays] present comprehensive interpretations of Wilson's thought and of the approach of the Bush administration [as well as] analyzing the substance of the Bush policies and suggesting directions for the future of American policy."—Max J. Skidmore, European Legacy

"Is Woodrow Wilson's legacy still alive in American foreign policy? Has the Iraq War discredited intervention for liberal purposes? These are key questions for the next president and they are debated here by some of our best thinkers. This book makes a fascinating read."—Joseph S. Nye, Harvard University

"Have American efforts to promote democracy and multilateralism been fatally tainted by the war of choice in Iraq? Has Wilsonianism become a poisoned chalice? In this provocative study, four leading scholars of international relations examine, with shrewd insight and passionate conviction, the benefits and perils of American global intervention in the name of its democratic principles."—Ronald Steel, University of Southern California

"Tightly argued and closely reasoned, this book is a searching and unflinching examination of the Wilsonian legacy and its influence on the Bush administration, raising questions that will haunt policymakers for years to come."—Walter Russell Mead, Council on Foreign Relations

"In this book, four leading authorities have their say on Wilson, who remains, however interpreted and contested, the father of modern American foreign policy. We are all Wilsonians, whether we like it or not, and the authors suggest what this means. The Crisis of American Foreign Policy is timely, insightful, and provocative, and will promote further discussion."—H. W. Brands, University of Texas, Austin

"The authors of this book make a lively, topical, and important contribution to the debate on the meaning and value of Wilsonianism. Whether the invasion and occupation of Iraq should be seen as a violation of the Wilsonian tradition of multilateralism, or an instance of liberal Wilsonian interventionism, is consequential for us all, including the opinion shapers who will confront similar challenges in the future."—Michael Doyle, Columbia University