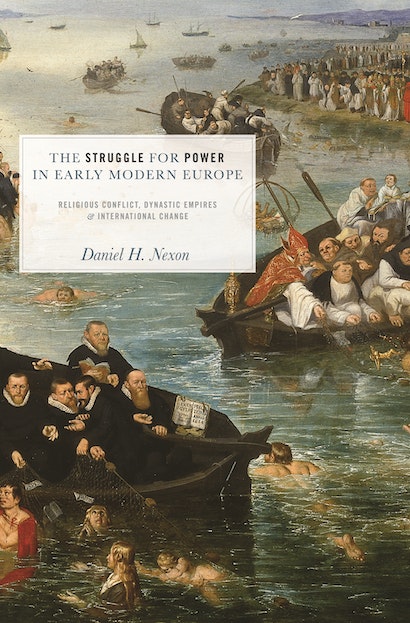 Scholars have long argued over whether the 1648 Peace of Westphalia, which ended more than a century of religious conflict arising from the Protestant Reformations, inaugurated the modern sovereign-state system. But they largely ignore a more fundamental question: why did the emergence of new forms of religious heterodoxy during the Reformations spark such violent upheaval and nearly topple the old political order? In this book, Daniel Nexon demonstrates that the answer lies in understanding how the mobilization of transnational religious movements intersects with — and can destabilize — imperial forms of rule.


Taking a fresh look at the pivotal events of the sixteenth and seventeenth centuries — including the Schmalkaldic War, the Dutch Revolt, and the Thirty Years’ War — Nexon argues that early modern “composite” political communities had more in common with empires than with modern states, and introduces a theory of imperial dynamics that explains how religious movements altered Europe’s balance of power. He shows how the Reformations gave rise to crosscutting religious networks that undermined the ability of early modern European rulers to divide and contain local resistance to their authority. In doing so, the Reformations produced a series of crises in the European order and crippled the Habsburg bid for hegemony.


Nexon’s account of these processes provides a theoretical and analytic framework that not only challenges the way international relations scholars think about state formation and international change, but enables us to better understand global politics today.

"Scholars often debate the future of modern system of nation-states, but rarely do they study its origins. This groundbreaking book provides a sweeping reinterpretation of the religious and geopolitical conflicts of the seventeenth century, culminating in the emergence of the European state system."—Foreign Affairs

"As a historian of early modern France it is refreshing to venture into a scholarly domain that comfortably pursues large-scale political analysis. It is equally refreshing to find someone trained in international relations who takes religion seriously as an independent, and powerful, political dynamic. Daniel Nexon's ambitious reexamination of early modern state formations does just that. . . . [T]his is a highly satisfying and stimulating rethinking of the political significance of the Reformation."—Megan Armstrong, Renaissance Quarterly

"Daniel H. Nexon analyzes this relationship between religion and violence from the perspective of modern political science. His arguments are clearly stated and thought-provoking. . . . Nexon's analysis displays a sure sense of what made early modern Europe distinctive and gives due regard to contingency as well as structural factors. More importantly, his theoretical framework offers an interesting way to integrate religious and secular factors in an analysis of international change and to explore this in comparative perspective."—Peter H. Wilson, Journal of Early Modern History

"[C]hallenging ideas appear throughout this valuable and impressive work, which will surely spark a great deal of discussion among scholars of early modern politics and international relations."—Tryntje Helfferich, Journal of Interdisciplinary History

"Such an astute account of the dynamics of continuity and change in global politics will be invaluable both to students and scholars of the theory and history of international relations. . . . Nexon's outstanding volume would be of relevance to anyone interested in understanding the European origins of the idea and practices of sovereign territorial statehood. He has also produced the kind of book that is bound to trigger debate and it invites . . . its readers to pursue further the ideas discussed on its pages."—Emilian R. Kavalski, Canadian Journal of History

"With this book, Daniel Nexon brings an assertive and iconoclastic voice to an already vibrant conversation among international relations theorists about how the modern international system took shape in early modern Europe. His stress on the combustible power of religious ideas and his innovative model of power and authority amount to a sophisticated and creative explanation of the international politics of this period and indeed of any period—including, he arrestingly argues, our own."—Daniel Philpott, University of Notre Dame

"Daniel Nexon has woven a magisterial account of the impact of the Reformation on international politics. Using network theory and institutionalist analysis, he deftly crafts a composite theory that is relevant not only to the understanding of international change but also to the study of composite polities, empires, and nation-states. His study, furthermore, suggests how religion and institutional change can braid together to produce fundamental challenges to the existing international order. In so doing, he not only provides insights into the past but illuminates contemporary processes as well."—Hendrik Spruyt, Northwestern University

"In its depth of theoretical insight and subtlety of reasoning, few recent books in international relations and history rival what Daniel Nexon has accomplished in this impressive piece of scholarship. The book's fresh conceptualization opens new vistas on the past experiences, present conditions, and future trajectories of international relations. No theoretically inclined student can afford bypassing Nexon's challenging ideas."—Peter J. Katzenstein, Cornell University

"This is an extremely impressive book. Nexon not only illuminates a crucial and controversial moment in the history of international relations, but he does so in the context of making a vital theoretical and methodological contribution to the field. This is a very important study, and a superb piece of work."—Richard Little, University of Bristol

"This book makes a significant contribution not only to international relations theory, but also to comparative politics. Nexon develops an innovative and productive way of viewing changing patterns of international relations, and he helps us to transcend the often-artificial divide between domestic and international politics. He also successfully transcends the debate between materialists and idealists. This book should be of interest to a broad audience."—Mlada Bukovansky, Smith College