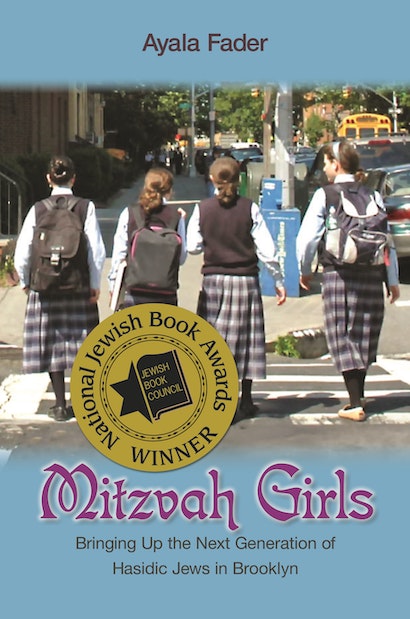 Mitzvah Girls is the first book about bringing up Hasidic Jewish girls in North America, providing an in-depth look into a closed community. Ayala Fader examines language, gender, and the body from infancy to adulthood, showing how Hasidic girls in Brooklyn become women responsible for rearing the next generation of nonliberal Jewish believers. To uncover how girls learn the practices of Hasidic Judaism, Fader looks beyond the synagogue to everyday talk in the context of homes, classrooms, and city streets.


Hasidic women complicate stereotypes of nonliberal religious women by collapsing distinctions between the religious and the secular. In this innovative book, Fader demonstrates that contemporary Hasidic femininity requires women and girls to engage with the secular world around them, protecting Hasidic men and boys who study the Torah. Even as Hasidic religious observance has become more stringent, Hasidic girls have unexpectedly become more fluent in secular modernity. They are fluent Yiddish speakers but switch to English as they grow older; they are increasingly modest but also fashionable; they read fiction and play games like those of mainstream American children but theirs have Orthodox Jewish messages; and they attend private Hasidic schools that freely adapt from North American public and parochial models. Investigating how Hasidic women and girls conceptualize the religious, the secular, and the modern, Mitzvah Girls offers exciting new insights into cultural production and change in nonliberal religious communities. 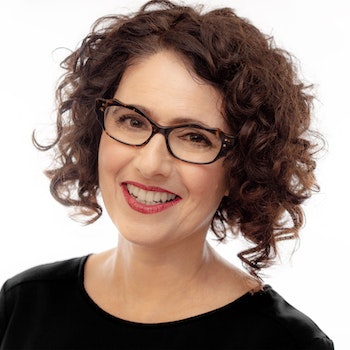 "Mitzvah Girls is a rigorous ethnographic study of the education of Hasidic girls in Brooklyn. It is entertaining and engaging, combining personal accounts and subjective prose with critical analysis. . . . [Fader] analyses the use of language in contexts such as the classroom, playtimes and mealtimes to demonstrate how notions of Hasidic femininity are inscribed and transmitted through ordinary linguistic discourse."—Giulia Miller, Times Higher Education

"A compelling and intimate picture of a society largely closed to outsiders, tracing the girls' upbringing from early childhood until marriage."—Miriam Shaviv, Jewish Chronicle

"As a monitor of socialization in the very personal, private worlds of Hasidic women, this book is fascinating. Although it focuses on this very special group, it opens many avenues of thought for readers not generally familiar with Hasidic women and their lives."—Sybil Kaplan, National Jewish Post and Opinion

"For a window into the rarely seen and little understood (at least by secular Jews) world of Hasidim, read Mitzvah Girls. . . . Fader, an anthropologist, focuses on girls and how they view their lives. . . . She captures their voices, their dreams, their moral vision."—Sandee Brawarsky, Jewish Woman

"Fader relies on years of ethnographic fieldwork in the Borough Park neighborhood of Brooklyn during which she delved deeply into girls' everyday life and what she terms 'Hasidic English,' a Yiddish-inflected hybrid evolving among these women."—Josh Lambert, Tablet

"Fascinating. . . . The work maintains a scholarly character and possesses the intellectual nature of a scientific exploration, while remaining a pleasurable casual read."—Jewish Book World

"Fader in effect presses the pause button and allows the reader to observe the moment girls become Jewish women. . . . Fader explores words themselves to illustrate how meaning shifts in relationship to religion and gender. . . . An extraordinarily fascinating read."—Jeanne Vaccaro, Feminist Review

"Reveals how through everyday talk Hasidic women teach their daughters to discipline their bodies and their minds to serve God. . . . Fader's reflections on fieldwork, such as when she agonizes over whether or not to wear a bathing suit with a group of Hasidic women and girls at a pool with gender-segregated hours, or how her young daughter peppered her with challenging questions when they visited Bora Park ('Why are the these girls wearing skirts?' 'What's modesty?' 'Do we follow what's in the Bible?'), personalize the fairly academic tone of the book, inviting us further into the world it explores."—Susan Sapiro, Lilith Magazine

"Clear, crisp, and compelling. . . . Mitzvah Girls is a thoughtful look at the world of Jewish girls who grow up in 21st-century America, but don't really."—David Wolpe, Commentary

"She breaks new ground by examining the formal and informal education of girls and the effort to enculturate them into the appropriate roles acceptable to their society. As a participant-observer with special capabilities in ethnolinguistics, the author is acutely sensitive to subtle variations in mother-daughter and teacher-pupil communication. . . . A brief review cannot do justice to the breadth and depth of insight that this exceptional study provides about ultra-orthodox Jewish American life."—Choice

"Ayala Fader opens up new possibilities of dialogue between different fields of anthropological knowledge. She also provides an excellent demonstration of the enduring and compelling nature of ethnography which remains one of anthropology's most significant defining features."—Emma Tarlo, Anthropology of this Century

"This is a superb book. All manner of readers will find themselves moved by this beautifully rendered portrait of the process by which Hasidic girls become Hasidic women. Scholars of language, gender, and religion will find something more—a theoretically innovative synthesis of work on language socialization and the anthropology of morality that points toward whole new areas of study. Put simply, it is one of the most exciting works on religion I have read in some years."—Joel Robbins, University of California, San Diego

"Mitzvah Girls is impressive in its sweep, tackling the considerable topic of how religious communities are sustained and changed. Ayala Fader transcends simple language and culture alignments to bring readers into the usually inaccessible private worlds of Hasidic families. I know of no other book that monitors socialization into gender from childhood to adulthood, while examining how language frames the formation of secular antipathies, adherence to divine legitimacy, self-control, and nostalgia for a lost Hasidic past."—Elinor Ochs, University of California, Los Angeles

"Mitzvah Girls is fresh and fascinating. It is exemplary not only because of the exceptionally fine ethnographic research, but also because of the highly original approach to language, body, and culture. Fader illuminates aspects of contemporary Hasidic life that have never been explored before in ways that speak to larger questions: the place of women in male-centered religions, the gendering of language, and the forms that modernity takes in a world that values tradition."—Barbara Kirshenblatt-Gimblett, author of Destination Culture: Tourism, Museums, and Heritage

"With insightful and carefully drawn analysis, Mitzvah Girls challenges how Hasidim and other fundamentalist communities are often regarded from the outside. Fader presents a nuanced look at how both Yiddish and English are gendered in the daily lives of American Hasidic girls and women. This book makes a valuable contribution to the scholarship on American Hasidism, American Judaism more generally, contemporary Jewish language use, women's religious life, and religious fundamentalism."—Jeffrey Shandler, author of Adventures in Yiddishland: Postvernacular Language and Culture