In Moby-Dick, Ishmael declares, “Be it known that, waiving all argument, I take the good old fashioned ground that a whale is a fish, and call upon holy Jonah to back me.” Few readers today know just how much argument Ishmael is waiving aside. In fact, Melville’s antihero here takes sides in one of the great controversies of the early nineteenth century — one that ultimately had to be resolved in the courts of New York City. In Trying Leviathan, D. Graham Burnett recovers the strange story of Maurice v. Judd, an 1818 trial that pitted the new sciences of taxonomy against the then-popular — and biblically sanctioned — view that the whale was a fish. The immediate dispute was mundane: whether whale oil was fish oil and therefore subject to state inspection. But the trial fueled a sensational public debate in which nothing less than the order of nature — and how we know it — was at stake. Burnett vividly recreates the trial, during which a parade of experts — pea-coated whalemen, pompous philosophers, Jacobin lawyers — took the witness stand, brandishing books, drawings, and anatomical reports, and telling tall tales from whaling voyages. Falling in the middle of the century between Linnaeus and Darwin, the trial dramatized a revolutionary period that saw radical transformations in the understanding of the natural world. Out went comfortable biblical categories, and in came new sorting methods based on the minutiae of interior anatomy — and louche details about the sexual behaviors of God’s creatures.


When leviathan breached in New York in 1818, this strange beast churned both the natural and social orders — and not everyone would survive.

D. Graham Burnett is associate professor of history at Princeton University and an editor at Cabinet magazine. His books include Masters of All They Surveyed and A Trial by Jury. 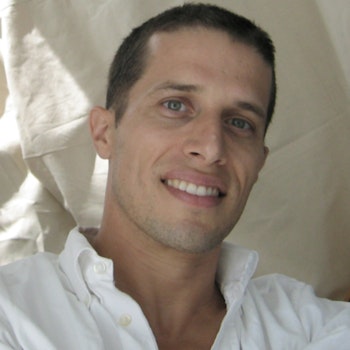 "It's science itself that was put on trial in 1818 in a dispute over a $75 inspection fee, as related in this fascinating account...Burnett's look at the trial and its fallout adds a historical dimension to debates caused by science's role in the legal sphere, especially when it introduces new concepts."—Publishers Weekly

"In 1818, in a New York City courtroom, the case of Maurice v. Judd posed an apparently straightforward question: Was whale oil fish oil, and therefore subject to state inspection and taxation? As expert witnesses testified, however, the trial quickly became a passionate public debate on the order of nature and the supremacy of man. In the fascinating Trying Leviathan: The Nineteenth-Century New York Court Case That Put the Whale on Trial and Challenged the Order of Nature, D. Graham Burnett describes the trial, its undercurrents, and its repercussions with sublime wit and consummate skill."—Anna Mundow, The Boston Globe

"At once bewitching and bookish, with a Dickensian cast of characters (including a sea captain named Preserved Fish), Trying Leviathan bristles with insights about the relationships between popular belief, democracy, science and the law that resonate with contemporary controversies over Darwinism and intelligent design."—Glenn C. Altschuler, New York Observer

"When the Catholic Church put Galileo on trial for his heretic views, man's position in the Universe was at stake. When schoolteacher John Scopes entered a Tennessee courtroom in 1925 for violating the state's anti-evolution statute, the issue was man's relationship to the animal kingdom. It's hard to imagine that a case brought by a Manhattan fish-oil inspector against a purveyor of whale oil could end up in similar territory. As D. Graham Burnett's enthralling book demonstrates, it did just that...Burnett curates the abundant quotations with skill and strengthens his thesis with some marvellous contemporary illustrations. His clear writing and delightful detours help build a sense of suspense at the outcome of the trial. All of which makes this serious book an unexpected page-turner."—Henry Nicholls, Nature

"...[Burnett's] perspective on the intellectual and social climate of early-nineteenth-century America makes fascinating reading. The issues raised in Maurice v. Judd have surfaced again and again, right up to present-day battles over the teaching of intelligent design in public schools."—Natural History

"In Trying Leviathan, D. Graham Burnett links the case of Maurice v. Judd to a number of important cultural and social issues, but he consciously avoids depicting the story as a battle between learned men of science and the ignorant masses. Instead, he uses the trial as an epistemological exercise: how could Americans know at the time that whales were not fish? Who had the authority to make such a classification? How does scientific knowledge become conventional wisdom? Burnett's examination of these questions makes for one of the most intellectually rigorous fish stories ever told."—American Scientist

"As D. Graham Burnett notes in his curious new history, Trying Leviathan, ...[t]he vast majority of American not only assumed that a whale was a fish, but were surprised to learn that the question could be debated. ...Burnett describes the trial with the keen eye of an informed courtroom observer."—Alexander Nazaryan, The Village Voice

"In taking Maurice v. Judd and fleshing out the details of the economics, natural history and politics of the day, Burnett offers a fascinating look into the early culture of science. We in the enlightened 21st century may laugh at the scientific ignorance of our forebears. But consider the debate about science in our times when many doubt the overwhelming scientific evidence for evolution, climate change and the age of the Earth."—David B. Williams, Seattle Times

"Is the whale a fish? This seemingly arcane question was at stake in the 1819 New York court case Maurice v. Judd. If the whale was not a fish, its oil would not be subject to the same taxation. But as D. Graham Burnett entertainingly and ably demonstrates, this case was about far more than tax. It turned on questions of taxonomy and classification, giving the scholar insight into the ways the new science of comparative anatomy worked in the public and legal imagination...Burnett's micro-history of the trial offers a careful archaeological study, probing both vested business interests and the relationship between the law and the academy."—Jerome de Groot, Financial Times

"What makes this case so important, the author argues, is that it serves as a vehicle for investigating whales as 'problems of knowledge,' offers a window on the often contentious world of taxonomy, and reveals how the 19th-century public viewed natural history."—Science News

"Burnett has a lot of fun with the trial and notes that it's not only scientists who speak a foreign language."—Roger Gathman, Austin American Statesman

"In Trying Leviathan, D. Graham Burnett provides an account that enlivens further this already energetic historiography. The empirical meat of the book involves a detailed and well-organized reconstruction of the trial of James Maurice (inspector of 'fish oils') versus Samuel Judd (chandler), which was brought before the New York Court of Common Pleas in October 1818."—Diarmid Finnegan, H-Net Reviews

"Burnett's book is a spectacular success . . . and he should be proud of it as such. For those with an antiquarian's taste there are many delicacies to be found in Trying Leviathan."—Daniel Stewart, International Journal of Maritime History

"Trying Leviathan is a truly splendid book. The book is well-written and entirely intelligible to a lay audience."—Roderick Munday, Justice of the Peace

"The book is well organized and fully documented. Burnett's many notes suggest significant research. It will be attractive to historians of many different topics, or sub-fields, which the author explores with much creativity. . . . An extensive bibliography and a generously organized index complete this book. It is a very important contribution to the relationship between science and society in the early years of American nation-building and nationalism."—Ubiriatan D'Ambrosio, The Pacific Circle

"Throughout this brief book, Burnett does a wonderful job re-creating the trial and the trial atmosphere. . . . Trying Leviathan is explicated so clearly that no reader will come away empty-handed. . . . This is a book with broad appeal."—George O'Har, Technology and Culture

"Burnett has given us a splendid example of how to wring the historical juice from a legal case. . . . Burnett enjoys himself in writing this book, and his editors have generously indulged his style (and his footnotes). Readers should settle back and roll with the flourishes, rather than yearn for the sparse, utilitarian narrative of a whaler's log."—Katharine Anderson, Left History

"Burnett offers readers a fascinating episode in the history of early American science, along the way raising questions about both the authority of professional naturalists and the historiography of modern (and especially American) science."—Kristin Johnson, British Journal for the History of Science

"[Trying Leviathan] has valuable lessons for us. It is also a terrific read."—Arthur M. Shapiro, Reports of the National Center for Science Education

"Graham Burnett's pathbreaking book teems with lively accounts of a notorious legal conflict between different kinds of people and different kinds of knowledge played out in New York in the early years of the nineteenth century. Disputes like these vividly illuminate the preoccupations of past societies and make us more conscious of our own. An important and thoroughly engaging book."—Janet Browne, author of Charles Darwin: The Power of Place

"'Is a whale a fish?' Melville famously wrestled with the question in Moby-Dick, but as Graham Burnett reveals in Trying Leviathan, the question had already been argued in—of all places—a Manhattan courtroom in 1818. In addition to providing a fascinating and provocative look at the relationship between science and culture in early nineteenth-century New York, Burnett writes eloquently about how the whalemen regarded their mysterious and awe-inspiring prey. This is a fun, surprising, and, in the best sense, challenging book."—Nathaniel Philbrick, author of In the Heart of the Sea

"Trying Leviathan recounts a remarkable collision of science and law in a New York City courtroom in 1818. Burnett brilliantly parses the case both inside and outside the court, exploring the conflicts it aroused between learned taxonomists and sea-leathered whalers, practical businessmen and everyday citizens. A compelling, provocative work."—Daniel Kevles, Yale University

"In this irresistible narrative, full of fascinating characters, Graham Burnett has given us a brilliant, imaginative, often amusing, wonderfully realized study that brings together questions of epistemology, the relation of observation to theory, the era's worship of nature and simultaneous commercial exploitation of it, claims of class to intellectual authority, and the relation of expertise to democracy."—Thomas Bender, New York University

"I can't remember reading a more intelligent and well-written book than Graham Burnett's Trying Leviathan. He is a brilliant writer, and he has transformed a nineteenth-century legal battle over the taxonomic classification of whales into a wonderful and engaging book."—Richard Ellis, author of Men and Whales

"Burnett shows the conflicted heart of nineteenth-century American science by looking at the complicated, amusing, and well-publicized trial of Maurice v. Judd, in which the question at stake was whether a whale is a fish. This makes a fascinating story, Burnett writes uncommonly well, and the final chapter is one of the most interesting pieces on popular science that I have ever read. Trying Leviathan is a powerful and brilliant addition to the history of American science and culture."—James Gilbert, University of Maryland