The story of personal debt in modern America 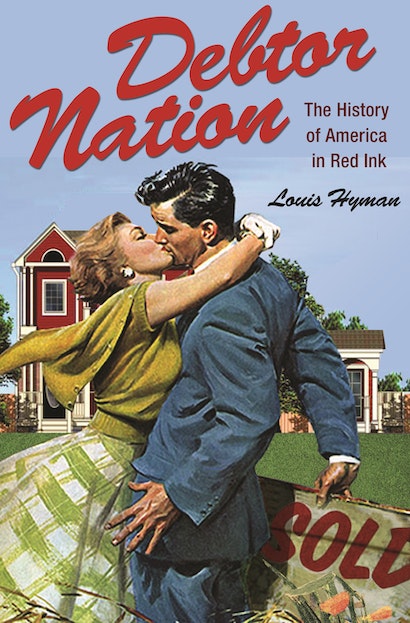 Before the twentieth century, personal debt resided on the fringes of the American economy, the province of small-time criminals and struggling merchants. By the end of the century, however, the most profitable corporations and banks in the country lent money to millions of American debtors. How did this happen? The first book to follow the history of personal debt in modern America, Debtor Nation traces the evolution of debt over the course of the twentieth century, following its transformation from fringe to mainstream—thanks to federal policy, financial innovation, and retail competition.

How did banks begin making personal loans to consumers during the Great Depression? Why did the government invent mortgage-backed securities? Why was all consumer credit, not just mortgages, tax deductible until 1986? Who invented the credit card? Examining the intersection of government and business in everyday life, Louis Hyman takes the reader behind the scenes of the institutions that made modern lending possible: the halls of Congress, the boardrooms of multinationals, and the back rooms of loan sharks. America’s newfound indebtedness resulted not from a culture in decline, but from changes in the larger structure of American capitalism that were created, in part, by the choices of the powerful—choices that made lending money to facilitate consumption more profitable than lending to invest in expanded production.

From the origins of car financing to the creation of subprime lending, Debtor Nation presents a nuanced history of consumer credit practices in the United States and shows how little loans became big business.

Louis Hyman is assistant professor of history at the ILR School of Cornell University. 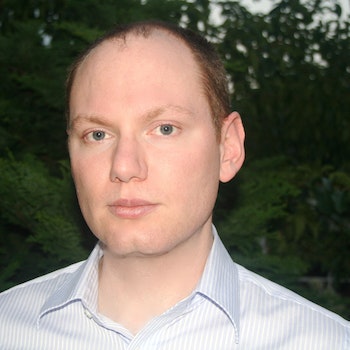 "[Debtor Nation] does a splendid job unpacking the origins and evolution of credit and debt in the US, an effort that should give news consumers a new and useful perspective on the American consumer. . . . Hyman tells the story of America's debt obsession engagingly and without an overabundance of jargon."—Asa Fitch, The National

"As an elegantly crafted historical analysis of how consumer credit grew to a colossus, Debtor Nation is compelling reading. As a well-documented financial analysis, Debtor Nation exposes the weak underside of lenders' balance sheets. Legislators should read it. Lobbyists for banks and other lenders may not be able to ignore it."—Andrew Allentuck, Financial Post

"Beautifully written, painstakingly documented, and altogether persuasive, the book provides a comprehensive look at the history of consumer debt in the U.S. . . . [Debtor Nation] is a must read for anyone who wants to understand the modern credit system in the U.S. It manages to weave together a long history of developments within America's credit markets in a narrative that is both fascinating and frightening."—Choice

"Hyman has written an insightful book about the evolution of U.S. credit markets. Debtor Nation is particularly relevant given the recent financial crisis and after reading it, it is clear that a complete story of the crisis must begin decades earlier. I recommend this book to anyone wanting to know more about U.S. credit markets, or about how the U.S. became so dependent on debt."—Katharine L. Shester, EH.net

"Debtor Nation offers several possibilities for use by family and consumer sciences professionals. For pre-professionals or college students interested in debt access and use in the U. S., this book is a concise source of events and key laws passed to regulate credit and credit access. . . . For educators who cover consumer choice and responsibility, this book is packed with examples of how ignorance is costly and has been used by those in business to profit from the uninformed."—Cathy F. Bowen, Journal of Family and Consumer Sciences

"Debtor Nation explains how in recent decades American consumers and households got more and more access to credit at the very time they became less and less able to handle the resulting debts. The recent financial crisis and the anemic recovery from the resulting Great Recession have exposed this Achilles heel of modern finance. Louis Hyman's illuminating history shows how financial innovations sponsored by government, banks, and Wall Street induced Americans to shoot themselves in the foot by trying to live beyond their means. Sadly, now the party's over."—Richard Sylla, New York University

"This revelatory book explores the hidden history of the complex web of personal credit and debt that unraveled in the recent financial crisis. Louis Hyman persuasively shows that the infrastructure of debt has been decades in the making and been driven by a perverse and often unforeseen combination of market forces and government policies. This should be required reading for students of consumer culture, the history of capitalism, and anyone who wants to know why Americans are now drowning in debt. A pathbreaking, important book."—Stephen A. Mihm, University of Georgia

"How did debt—and the interlaced institutions of finance, government, and business it inspired—become a defining feature, perhaps the defining feature, of American economic life? In this imaginatively conceived, meticulously researched, and vigorously argued book, Louis Hyman explains how modern finance reshaped American capitalism and how that prodigious, but volatile system reshaped American life from the 1920s to the present."—Bruce Schulman, Boston University

"Timely and important, Debtor Nation argues that the present American patterns of debt are the result of long-term developments since the 1920s. The author does a masterful job of placing the explosion of consumer credit since 1980 in historical perspective. The book is a must-read for U.S. historians as well as anyone interested in how Americans became addicted to borrowing."—Sheldon Garon, Princeton University

"A solid account of credit institutions in the twentieth-century United States, this book makes a useful contribution to our understanding of modern business by exploring the intersection of credit markets and government policies. Stretching from the 1910s to the 1970s, the book examines how Americans came to rely on credit to finance the good life and shows how public policies and business practices evolved to shape the operations of credit."—Meg Jacobs, Massachusetts Institute of Technology