Following Japan’s attack on Pearl Harbor in 1941, the U.S. government rounded up more than one hundred thousand Japanese Americans and sent them to internment camps. One of those internees was Charles Kikuchi. In thousands of diary pages, he documented his experiences in the camps, his resettlement in Chicago and drafting into the Army on the eve of Hiroshima and Nagasaki, and his postwar life as a social worker in New York City. Kikuchi’s diaries bear witness to a watershed era in American race relations, and expose both the promise and the hypocrisy of American democracy.

Jim and Jap Crow follows Kikuchi’s personal odyssey among fellow Japanese American intellectuals, immigrant activists, Chicago School social scientists, everyday people on Chicago’s South Side, and psychologically scarred veterans in the hospitals of New York. The book chronicles a remarkable moment in America’s history in which interracial alliances challenged the limits of the elusive democratic ideal, and in which the nation was forced to choose between civil liberty and the fearful politics of racial hysteria. It was an era of world war and the atomic bomb, desegregation in the military but Jim and Jap Crow elsewhere in America, and a hopeful progressivism that gave way to Cold War paranoia.

Jim and Jap Crow looks at Kikuchi’s life and diaries as a lens through which to observe the possibilities, failures, and key conversations in a dynamic multiracial America.

Matthew M. Briones is assistant professor of American history and the College at the University of Chicago. 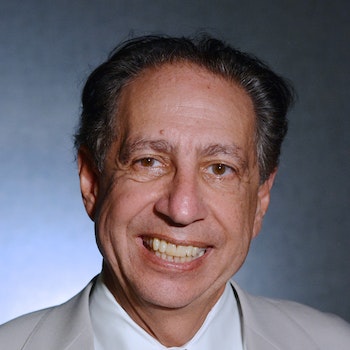 "Jim and Jap Crow is an interesting and thoughtful exploration of a turbulent and vitally important decade."—Charlotte Brooks, Journal of American History

"Matthew Briones is a creative and courageous thinker who explores uncharted terrain in American studies. This magisterial book confirms his elevated status in our new discourse on race, class, and empire in America."—Cornel West, Princeton University

"Briones's masterful biography of Charles Kikuchi gives us an intimate portrait of how one Japanese American's firsthand encounters with discrimination during and after World War II transformed him into an enlightened citizen who envisioned a nation and world unbound by racial prejudice. Jim and Jap Crow is a profound meditation on race in American society."—Lane Ryo Hirabayashi, University of California, Los Angeles

"Matthew Briones has given us an account of a lost democratic moment in our history, when marginal men and outsiders of various backgrounds dared to imagine an America beyond racial segregation and exclusion. Sophisticated, rigorous, and deeply humane, Jim and Jap Crow is a fresh consideration of American politics in the middle decades of the twentieth century."—Mae Ngai, Columbia University

"A cartographer of social interstices, Matthew Briones illuminates the racial borderlands of 1940s America. His guide is the irrepressible Charles Kikuchi, who is apart from and a part of the upheavals of the decade and a perceptive observer in the tradition of Tocqueville. This careful history opens vistas onto a multicultural America on the cusp of dramatic change."—Gordon H. Chang, Stanford University

"Fascinating and analytically sharp. Briones gives us a unique window into Asian American history, but it is not a transparent one, thankfully. Rather, he shows us the interactions that complicate any simple narration of what it was like to be Japanese American in the mid-twentieth century, and exposes critical contradictions in our notions of liberal democracy and American national ideology. Jim and Jap Crow is really a wonderful book."—David Palumbo-Liu, Stanford University