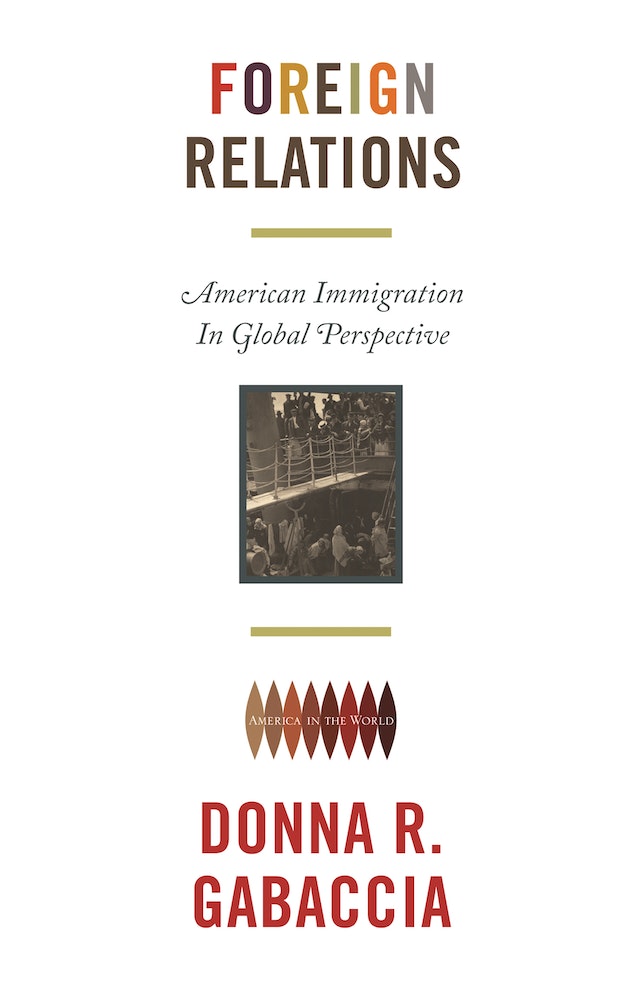 Histories investigating U.S. immigration have often portrayed America as a domestic melting pot, merging together those who arrive on its shores. Yet this is not a truly accurate depiction of the nation’s complex connections to immigration. Offering a brand-new global history of the subject, Foreign Relations takes a comprehensive look at the links between American immigration and U.S. foreign relations. Donna Gabaccia examines America’s relationship to immigration and its debates through the prism of the nation’s changing foreign policy over the past two centuries. She shows that immigrants were not isolationists who cut ties to their countries of origin or their families. Instead, their relations to America were often in flux and dependent on government policies of the time.

An innovative history of U.S. immigration, Foreign Relations casts a fresh eye on a compelling and controversial topic.

Donna R. Gabaccia is professor of history and former director of the Immigration History Research Center at the University of Minnesota. Her many books include We Are What We Eat and Immigration and American Diversity. 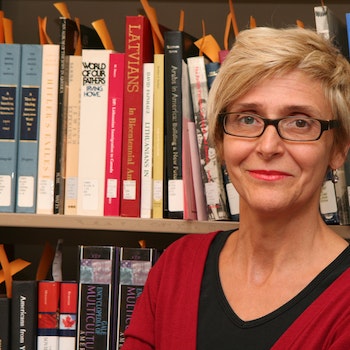 "Gabaccia's book is a rare treat for immigration scholars. She takes the hackneyed idea that U.S. immigration policy reflects U.S. domestic policy exclusively and turns it on its head, demanding that readers reframe immigration debates as U.S. foreign relations and, more specifically, trade relations. . . . The book would be an excellent teaching tool to explain how to challenge what scholars assume that they know."—Choice

"By deftly weaving the stories of individuals and families into her discussion—not so much as illustrations of a generalized story as the basic elements of this story—Gabaccia has opened new windows onto the history of American immigration."—Orm Øverland, Journal of American History

"[T]he book is an excellent summary of U.S. migration history (for which Gabaccia's strength is well known) and a courageous, insightful exploration of America's international history. In laying out the analysis concisely she not only expands migration history but provides a model for linking historical fields together. In so doing, she also expands the methodology of world history."—Patrick Manning, Journal of Social History

"No one has done more than Donna Gabaccia to develop a global framework for understanding the history of American immigration. In this book, she brings together her earlier work on international migration with a new interest in American foreign relations. The result is a bold, sweeping, and provocative recasting of America's encounter with immigrants past and present."—Gary Gerstle, author of American Crucible: Race and Nation in the Twentieth Century

"This innovative fusion of social and political history surveys the interaction between U.S. immigration, national politics, and foreign relations from colonial times to the present and from an international perspective. Gabaccia's erudition, lucid prose, and insights illuminate a fundamental process of modern American and global history with a subtlety and a sharpness that few can match."—Jose C. Moya, Barnard College

"This elegant and highly original book interweaves three kinds of "foreign relations": U.S. immigration policy, American trade and diplomacy, and migrants' own transnational commitments. Examining how the United States treated immigration as a domestic matter even while its global connections multiplied, Gabaccia unpacks a paradox that clarifies the nation's past and troubles its present. Foreign Relations will win many admirers and should enrich current immigration debates."—Carl Guarneri, author of America in the World: United States History in Global Context

"Gabaccia's fascinating book demonstrates the indissoluble intersections between U.S. national interest—industrialization in the 1880s, international trade, wartime need for labor—and immigrants' life projects and family relations. This thought-provoking synthesis of America's global role and immigrants' foreign relations is a must for historians, economists, and political scientists."—Dirk Hoerder, author of Cultures in Contact: World Migrations in the Second Millennium

"Deftly weaving together immigrant narratives and policy histories, while bridging the domains of immigration, commerce, and diplomacy, Donna Gabaccia successfully connects the many—and traditionally separated—meanings of 'foreign relations.' Both accessible and sweeping in scope, this book points the way forward in the effort to globalize the study of U.S. immigration history."—Paul A. Kramer, author of The Blood of Government: Race, Empire, the United States, and the Philippines

"Rooted in compelling stories, Foreign Relations broadens our understanding of immigration to the United States by showing the remarkable extent to which it has been shaped by foreign policy. Starting with the commercial treaties that initially regulated migration and continuing on to the global politics of recent mobility, Gabaccia brings immigration and foreign relations history together in groundbreaking ways."—Kristin Hoganson, author of Consumers' Imperium: The Global Production of American Domesticity, 1865—1920.

"Spanning two centuries, Foreign Relations supplies fresh interpretations about American immigration history. Gabaccia focuses insightfully on the lives of individual migrants, including Americans living abroad, the role of economic policies and other aspects of globalization, and the persistent controversies that have roiled the domestic politics of immigration for more than a hundred years."—Barbara M. Posadas, Northern Illinois University

"Gabaccia offers a way for readers to situate U.S. migration history in an international context and to understand how the American experience is similar to yet different from the experience of other migrant-receiving countries. Putting the history of migration in the context of historical global trends, she gives globalization itself a history. A much-needed book from a preeminent historian."—Mae Ngai, author of The Lucky Ones: One Family and the Extraordinary Invention of Chinese America