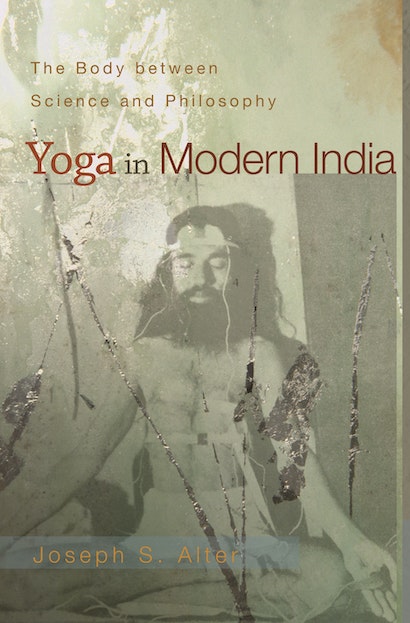 Yoga has come to be an icon of Indian culture and civilization, and it is widely regarded as being timeless and unchanging. Based on extensive ethnographic research and an analysis of both ancient and modern texts, Yoga in Modern India challenges this popular view by examining the history of yoga, focusing on its emergence in modern India and its dramatically changing form and significance in the twentieth century. Joseph Alter argues that yoga’s transformation into a popular activity idolized for its health value is based on modern ideas about science and medicine.

Alter centers his analysis on an interpretation of the seminal work of Swami Kuvalayananda, one of the chief architects of the Yoga Renaissance in the early twentieth century. From this point of orientation he explores current interpretations of yoga and considers how practitioners of yogic medicine and fitness combine the ideas of biology, physiology, and anatomy with those of metaphysics, transcendence, and magical power.

The first serious ethnographic history of modern yoga in India, this fluently written book is must reading not only for students and scholars but also practitioners who seek a deeper understanding of how yoga developed over time into the exceedingly popular phenomenon it is today.

Joseph S. Alter is Professor of Anthropology and Research Professor at the University Center for International Studies, University of Pittsburgh. He is the author of The Wrestler's Body, Knowing Dil Das, and Gandhi's Body.

"This is the first time Indian Modern Yoga has received such sustained, in-depth treatment by a reputable and well-informed scholar. Much of the book is quite accessible to the general reader, and many of Alter's more theoretical and analytical interpretations of modern understandings of yoga, health, medicine, the body, and truth claims are novel and stimulating. Highly recommended."—Elizabeth De Michelis, Director, Dharam Hinduja Institute of Indic Research, Cambridge University

"Yoga in Modern India is a mine of thought-provoking propositions in regard to the historiography of classical and modern writing on yoga. Well written, it provides detailed and frequently provocative analyses of particular yogic ideas and practices that contribute to a more sophisticated discussion about the status of modern yoga in its various guises over the last one-and-a-half centuries."—Waltraud Ernst, University of Southampton, author of Plural Medicine, Tradition, and Modernity, 1800-2000