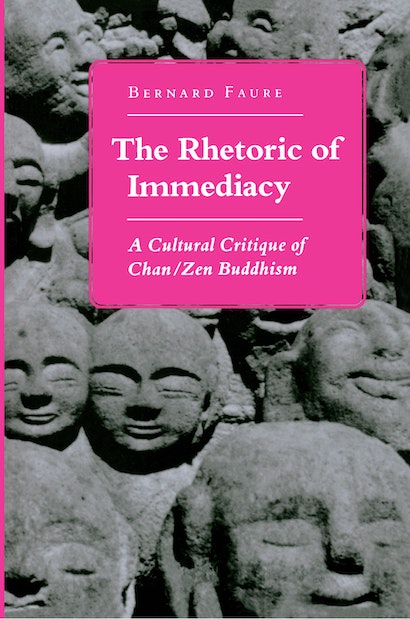 Through a highly sensitive exploration of key concepts and metaphors, Bernard Faure guides Western readers in appreciating some of the more elusive aspects of the Chinese tradition of Chan Buddhism and its outgrowth, Japanese Zen. He focuses on Chan’s insistence on “immediacy” — its denial of all traditional mediations, including scripture, ritual, good works — and yet shows how these mediations have always been present in Chan. Given this apparent duplicity in its discourse, Faure reveals how Chan structures its practice and doctrine on such mental paradigms as mediacy/immediacy, sudden/gradual, and center/margins.

Bernard Faure, Professor of Religious Studies at Stanford University, is the author of Chan Insights and Oversights: An Epistemological Critique of the Chan Tradition (Princeton).

"Not since D. T. Suzuki (1870-1966) has any responsible scholar attempted in English to synthesize such a broad stretch of the history of Zen Buddhism as has Bernard Faure.... [The book] offers the best narration in English of the role that magicians, healers, jesters, relics, mummies, dreams, funerals, deities, and mundane rituals play in a tradition that lays claim to emptiness."—Stephen F. Teiser, Journal of Religion

"Readers will be rewarded by truly insightful vistas of bottomless chasms and distant peaks, flowering puns and mutant etymologies, stunning flights of free association, and encounters with many species of exotic facts, not to mention the tracks and droppings of latter-day giants of social-historical theory."—Monumenta Nipponica