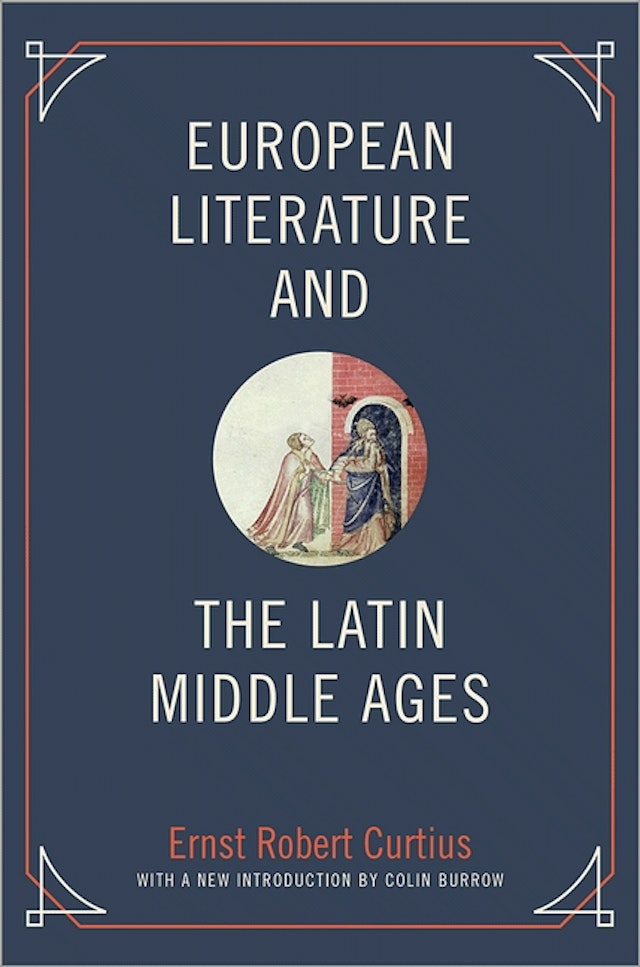 Published just after the Second World War, European Literature and the Latin Middle Ages is a sweeping exploration of the remarkable continuity of European literature across time and place, from the classical era up to the early nineteenth century, and from the Italian peninsula to the British Isles. In what T. S. Eliot called a “magnificent” book, Ernst Robert Curtius establishes medieval Latin literature as the vital transition between the literature of antiquity and the vernacular literatures of later centuries. The result is nothing less than a masterful synthesis of European literature from Homer to Goethe.

European Literature and the Latin Middle Ages is a monumental work of literary scholarship. In a new introduction, Colin Burrow provides critical insights into Curtius’s life and ideas and highlights the distinctive importance of this wonderful book.

Ernst Robert Curtius held the chair of romance literature and language at Bonn University from 1929 until his retirement in 1951. Colin Burrow is a fellow of All Souls College, University of Oxford. He is the author of Epic Romance: Homer to Milton.

"This is the sort of book which takes much of a man's lifetime to produce and which can be read again and again with profit and pleasure. In effect it is an analysis of medieval Latin literature as a major stage in the transition from the Graeco-Roman classics to the modern vernacular literatures. No forbidding catalogue of periods, authors, and works, but literary criticism and literary history by a thoughtful scholar at home in classical, medieval, and modern literature, this is a powerfully presented and richly informative study of medieval standards, values, assumptions and literary conventions."—The Virginia Quarterly Review

"We have in [this work] a vast store of significant learning, and many new and important insights into the humane literary heritage and its precarious transmission."—Francis Fergusson, The Hudson Review

"A balanced introduction to Curtius studies, putting this masterpiece in context as the work of a German academic 'mandarin' whom family history, character, and intellectual training made an advocate for an elite European cultural cosmopolitanism."—Sixteenth Century Journal

"Curtius's book, despite its age, remains vital for anyone interested in the fate of the classics in Western Europe. European Literature and the Latin Middle Ages is at once a great resource and a model of how to think about literature and tradition. It is wonderful to have it readily available again."—Anthony Grafton, Princeton University