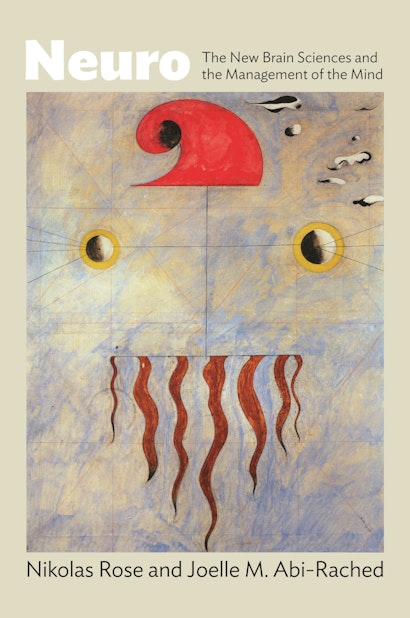 The brain sciences are influencing our understanding of human behavior as never before, from neuropsychiatry and neuroeconomics to neurotheology and neuroaesthetics. Many now believe that the brain is what makes us human, and it seems that neuroscientists are poised to become the new experts in the management of human conduct. Neuro describes the key developments—theoretical, technological, economic, and biopolitical—that have enabled the neurosciences to gain such traction outside the laboratory. It explores the ways neurobiological conceptions of personhood are influencing everything from child rearing to criminal justice, and are transforming the ways we “know ourselves” as human beings. In this emerging neuro-ontology, we are not “determined” by our neurobiology: on the contrary, it appears that we can and should seek to improve ourselves by understanding and acting on our brains.

Neuro examines the implications of this emerging trend, weighing the promises against the perils, and evaluating some widely held concerns about a neurobiological “colonization” of the social and human sciences. Despite identifying many exaggerated claims and premature promises, Neuro argues that the openness provided by the new styles of thought taking shape in neuroscience, with its contemporary conceptions of the neuromolecular, plastic, and social brain, could make possible a new and productive engagement between the social and brain sciences.

Nikolas Rose is professor of sociology and head of the Department of Social Science, Health, and Medicine at King's College London. His books include The Politics of Life Itself: Biomedicine, Power, and Subjectivity in the Twenty-First Century (Princeton). Joelle M. Abi-Rached is a PhD candidate in the history of science at Harvard University.

"Rose and Abi-Rached make a convincing argument for a more positive engagement between the social and brain sciences in their discussion of the effects of neuroscience on public understanding of the self."—Wayne Hall, Lancet

"As the title implies, this book offers interesting thoughts and findings for any scholar with a connection to neuroscience."—Choice

"[I]t is essential reading. If you want to understand neuroscience—rather than just facts about neuroscience—Neuro is probably one of the most important books you could read. And the same goes if you are a neuroscientist or just interested in how we, as a society, are integrating the study of the brain into how we live."—Vaughan Bell, Mind Hacks

"Neuro is, in fact, a timely manifesto that urges the social sciences and the life sciences to ditch the mutual suspicion and start working together in a spirit of critical friendship. It is all the more powerful given Rose's intimacy with the life sciences."—Anjana Ahuja, RSA Journal

"Neuro convincingly shows, in a thoughtful, encompassing yet meticulous manner, how the neurosciences achieved their exceptional status as the Big Science of today, and what the fundamental difficulties of research in this area are. It is clear that we have every reason to constructively engage with the developments in the neurosciences and that focusing exclusively on critiques of reductionism just would not do the trick."—Ties van de Werff, New Genetics and Society

"What strikes one when reading Neuro is how well the authors know what they are writing about. Their strategy is one of informed, balanced assessment, carefully weighing promises against perils, methodological conundrums against technical breakthroughs, genuine in sights against promissory overclaim—all against a well-researched background of historical developments, institutional and personal entanglements, discursive surrounds, and political and institutional pressures."—Jan Slaby, Rezensionen

"The 'neurofication' of the humanities, social sciences, public policy, and the law has attracted promoters and detractors. What we have lacked until now is a critical but open-minded look at 'neuro.' This is what Rose and Abi-Rached have given us in this thoughtful and well-researched book. They do not jump on the neuro bandwagon, but instead offer a clear accounting of its appeal, its precedents in psychology and genetics, its genuine importance, and ultimately its limitations. A fascinating and important book."—Martha J. Farah, University of Pennsylvania

"Neuro makes a significant and original contribution to our understanding of the impact of the brain sciences on social and cultural processes. The scholarship throughout is brilliant. This book gives us extremely perceptive, detailed, and illuminating analyses of what is actually being claimed in the various branches of the neurosciences. It will attract a great deal of interest and controversy."—Emily Martin, author of Bipolar Expeditions: Mania and Depression in American Culture

"I enjoyed reading this book. It provides an interesting and comprehensive map of the many sciences and quasi-sciences that have embraced the 'neuro' prefix. I also appreciate how Rose and Abi-Rached manage to examine the explosion of 'neuros' with a critical eye, but without dismissing the genuine prospects that it may hold."—Michael E. Lynch, Cornell University