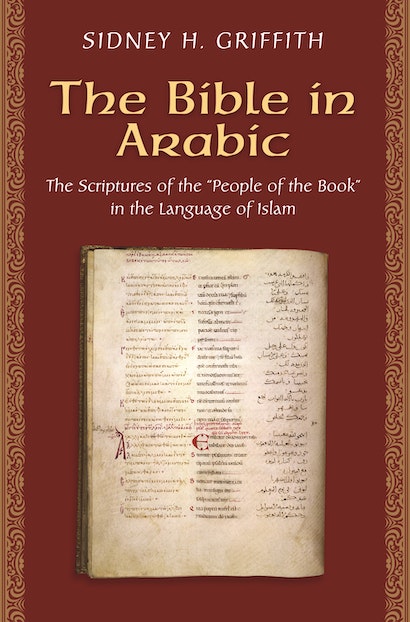 From the first centuries of Islam to well into the Middle Ages, Jews and Christians produced hundreds of manuscripts containing portions of the Bible in Arabic. Until recently, however, these translations remained largely neglected by Biblical scholars and historians. In telling the story of the Bible in Arabic, this book casts light on a crucial transition in the cultural and religious life of Jews and Christians in Arabic-speaking lands.


In pre-Islamic times, Jewish and Christian scriptures circulated orally in the Arabic-speaking milieu. After the rise of Islam — and the Qur’an’s appearance as a scripture in its own right — Jews and Christians translated the Hebrew Bible and the Greek New Testament into Arabic for their own use and as a response to the Qur’an’s retelling of Biblical narratives. From the ninth century onward, a steady stream of Jewish and Christian translations of the Hebrew Bible and New Testament crossed communal borders to influence the Islamic world.

The Bible in Arabic offers a new frame of reference for the pivotal place of Arabic Bible translations in the religious and cultural interactions between Jews, Christians, and Muslims.

Sidney H. Griffith is Ordinary Professor in the Department of Semitic and Egyptian Languages and Literatures at the Catholic University of America. His books include The Beginnings of Christian Theology in Arabic and The Church in the Shadow of the Mosque (Princeton). 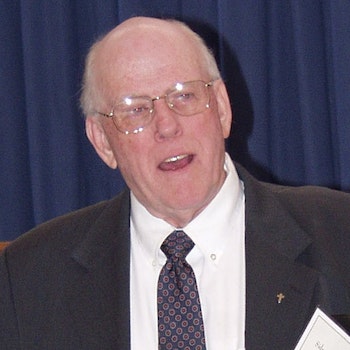 "Griffith offers an exhaustive yet engaging discussion of the history of translations of the Bible."—Choice

"Griffith's book is a welcome introduction to the field and is written in an accessible style, directed to a broad audience. . . . The Bible in Arabic will hopefully inspire much needed further research."—Ronny Vollandt, Islam and Christian-Muslim Relations

"The Bible in Arabic is an important contribution not only as a corrective to inter-religious debate in the twenty-first century, but also because it succeeds it drawing the Bible into a dialectical tradition of exchange that has become severely hampered by dominant discourses on identity politics that fill the spectrum between cultural clash and calls for tolerance."—Rana Issa, SCTIW Review

"The Bible in Arabic: The Scriptures of the People of the Book in the Language of Islam . . . marks a high point in the author's academic scholarship. This comprehensive exploration demonstrates his ability not only as a biblical scholar but also as an adroit historian of religion, able to apply an advanced hermeneutic approach to the primary sources."—S.M. Hadi Gerami, Al-Bayan

"There is no other book that offers so much on the general subject of the Bible in Arabic in so slim a volume and with so many potential avenues for future research. Enough work still remains for a host of scholars in preparing editions and studies of the texts touched on here and those still in manuscript, but Griffith's book will remain a worthy guide well into the execution of that forthcoming scholarly enterprise."—Adam Carter McCollum, Journal of the American Oriental Society

"This book opens up a new world. With consummate learning and characteristic intellectual courtesy, Sidney Griffith reveals an Arabic civilization of unexpected diversity, where Muslims, Jews, and Christians continued to debate, for a thousand years, the conflicting messages of their three, intricately intertwined scriptures. We emerge the richer for this generous vision of the religious texture of the medieval Middle East."—Peter Brown, author of Through the Eye of a Needle

"The Bible in Arabic represents the work of a scholar at the height of his powers. Griffith demonstrates widespread mastery of his subject: his expertise spans not only Christian Arabic translation and interpretation of the Bible, but also Jewish and Islamic Arabic literature as well. The result is a book that fills a conspicuous gap in our knowledge: it will surely become a standard in the field."—Stephen Davis, Yale University

"Sidney Griffith is the ideal scholar to take on this important topic. Starting in pre-Islamic Arabia, he traces the career of the Bible in the Arabic-speaking world. It is a fascinating tale, involving the early transformation of Biblical figures within the Qur'an, various Arabic translations of the Bible, and relations between Muslims, Jews, and Christians as reflected in what they had to say about each other's scriptures. Anyone interested in the historical roots of Islam's attitude to the West, as well as in this relatively neglected part of the Bible's own career, will find this book essential reading."—James Kugel, author of How to Read the Bible

"This outstanding book gives a detailed view of the critical role played by the first translations of the Bible into Arabic among Jewish, Christian, and Muslim communities in the Arabic-speaking world of premodern times. A tour de force."—Meira Polliack, Tel Aviv University