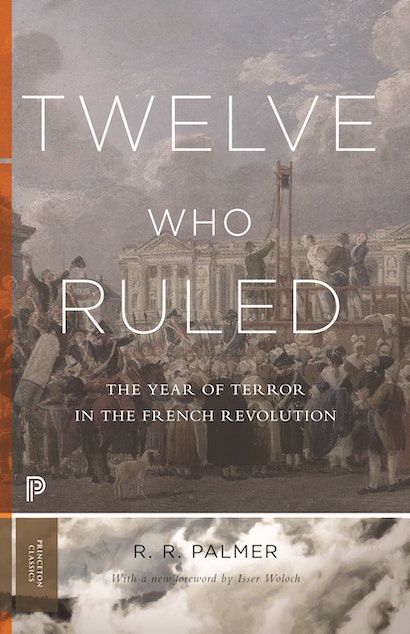 The Reign of Terror continues to fascinate scholars as one of the bloodiest periods in French history, when the Committee of Public Safety strove to defend the first Republic from its many enemies, creating a climate of fear and suspicion in revolutionary France. R. R. Palmer’s fascinating narrative follows the Committee’s deputies individually and collectively, recounting and assessing their tumultuous struggles in Paris and their repressive missions in the provinces. A foreword by Isser Woloch explains why this book remains an enduring classic in French revolutionary studies.

R. R. Palmer (1909–2002) was professor emeritus of history at Yale University and a guest scholar at the Institute for Advanced Study in Princeton. He taught at Princeton University from 1936 to 1963. He was the author of many books, including the two-volume The Age of the Democratic Revolution (Princeton), the first volume of which won the Bancroft Prize in 1960, and the translator of The Coming of the French Revolution by Georges Lefebvre. Isser Woloch is the Moore Collegiate Professor Emeritus of History at Columbia University.

"Excellently documented. . . . [O]ne of the best pictures that has ever been put together of the twelve men who made up [the] Committee of Public Safety. . . . There is fine scholarship here."—New York Times

"An excellent book on the administration of France by the great Committee of Public Safety. . . . [Palmer] has made the members of the Committee living characters and the events of the period real occurrences."—American Political Science Review

"A wonderful collective portrait of the Committee of Public safety; from the first sight of the room where they met at the Tuileries, you are plunged into the drama of their adventure."—Biancamaria Fontana, Times Higher Education