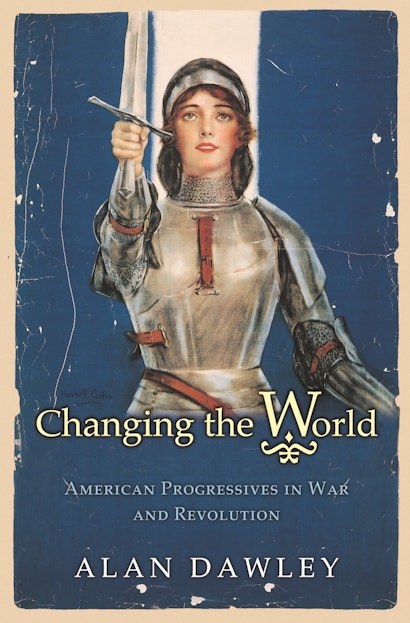 In May of 1919, women from around the world gathered in Zurich, Switzerland, and proclaimed, “We dedicate ourselves to peace!” Just months after the end of World War I, the Womens International League for Peace and Freedom — a group led by American progressive Jane Addams and comprising veteran campaigners for social reform — knew that a peaceful world was essential to their ongoing quest for social and economic justice.


Alan Dawley tells the story of American progressives during the decade spanning World War I and its aftermath. He shows how they laid the foundation for progressive internationalism in their efforts to improve the world both at home and abroad. Unlike other accounts of the progressive movement — and of American politics in general — this book fuses social and international history. Dawley shows how interventions in Latin America and Europe affected domestic plans for social reform and civic engagement, and he depicts internal battles among progressives between unabashed imperialists like Theodore Roosevelt and their implacable opponents like Robert La Follette. He draws a contrast between Woodrow Wilson’s use of force in exporting American ideals and Addams’s more cosmopolitan pursuit of economic justice and world peace. In discussing the debate over the League of Nations within the context of turbulent domestic affairs, Dawley brings keen insight into that complicated moment in American history.


In striking and original ways, Dawley brings together domestic and world affairs to argue that American progressivism cannot be understood apart from its international context. Focusing on world-historical events of empire, revolution, war, and peace, he shows how American reformers invented a new politics built around progressive internationalism. Changing the World retrieves the progressive tradition in American politics and makes it available to contemporary debates. The book speaks to anyone seeking to be both a good citizen within the nation and a good citizen of today’s troubled world.

Alan Dawley is Professor of History at the College of New Jersey. He is the author of Class and Community: The Industrial Revolution in Lynn, which won the Bancroft Prize, and Struggles for Justice: Social Responsibility and the Liberal State.

"In clean, well-paced prose, Dawley sets the successes—and failures—of early American progressives . . . against the backdrop of a complicated postwar world. . . . This is an especially timely book, given the tense state of world affairs."—Publishers Weekly

"Changing the World is an ambitious and accessible book. . . . [It] will provide students, scholars, and the wider public with an engaging, wide-ranging synthesis of a complex and pivotal period."—Michael E. Latham, Reviews in American History

"One does not have to agree with all of the author's points to find this a stimulating, thoughtful examination of 20th-century progressivism."—Choice

"Bancroft Prize-winning historian, Alan Dawley has once again produced a tour de force. . . . Vividly written, this book is filled with fresh insights on the Progressive Era, from its politics and diplomacy to its architecture."—John Whiteclay Chambers II, Pennsylvania Magazine of History and Biography

"Changing the World is a tour de force of synthetic historical writing. Dawley has painted a comprehensive and engaging portrait of progressive America during the first half of the last century, and made the case for the enduring power of the reform spirit in our nation's consciousness. The bookranges across politics, social and economic change and is replete withtelling and colorful detail. Above all else, Changing the World is a good read."—Stanley N. Katz, Princeton University

"Fast-moving and insightful, Changing the World is a welcome contribution because it integrates foreign policy and domestic history. In offering a broad view of progressivism that packs much recent historical work into a highly readable book, it will be valuable to both general readers and specialists."—Emily S. Rosenberg, Macalaster College

"Framing Progressivism within the self-consciously global internationalism of the Atlantic world and beyond, Alan Dawley reveals the meshing of the domestic and international aspects of the movement. By integrating World War I into his highly readable synthesis of the period, he enables us to better understand the complexity of Progressivism and its challenges—and the origins of the issues that would set the agenda for the century's domestic and international politics. Without denying the serious and persistent failures of the Progressives, Dawley recovers their still pertinent aspirations. With fundamental issues about democracy, government, and global responsibility again being debated, this important book provides essential historical perspective."—Thomas Bender, Director, International Center for Advanced Studies, New York University