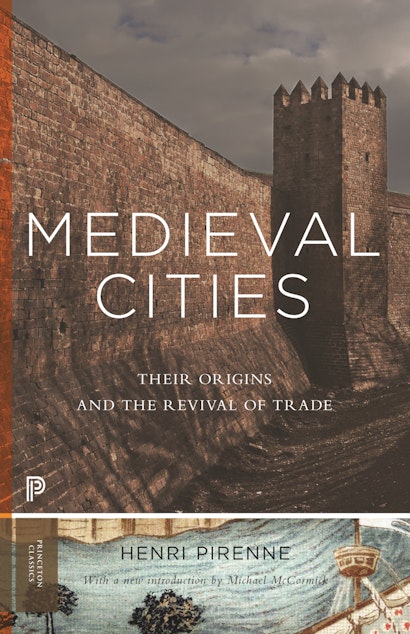 Nearly a century after it was first published in 1925, Medieval Cities remains one of the most provocative works of medieval history ever written. Here, Henri Pirenne argues that it was not the invasion of the Germanic tribes that destroyed the civilization of antiquity, but rather the closing of Mediterranean trade by Arab conquest in the seventh century. The consequent interruption of long-distance commerce accelerated the decline of the ancient cities of Europe. Pirenne challenges conventional wisdom by attributing the origins of medieval cities to the revival of trade, tracing their growth from the tenth century to the twelfth. He also describes the important role the middle class played in the development of the modern economic system and modern culture.

Featuring a new introduction by Michael McCormick, this Princeton Classics edition of Medieval Cities is essential reading for all students of medieval European history.

Henri Pirenne (1862–1935) was professor emeritus at Ghent University and one of the world's leading historians. His books include Mohammed and Charlemagne and Economic and Social History of Medieval Europe. Michael McCormick is the Francis Goelet Professor of Medieval History at Harvard University.

"Praise for the previous edition: "An indispensable complement to the confusing history of the Carolingian period and early days of European civic development. . . . In short, it is one of the best sort of contributions to historical writing—those which combine simplicity with erudition and imagination with accuracy.""—New Statesman (London)