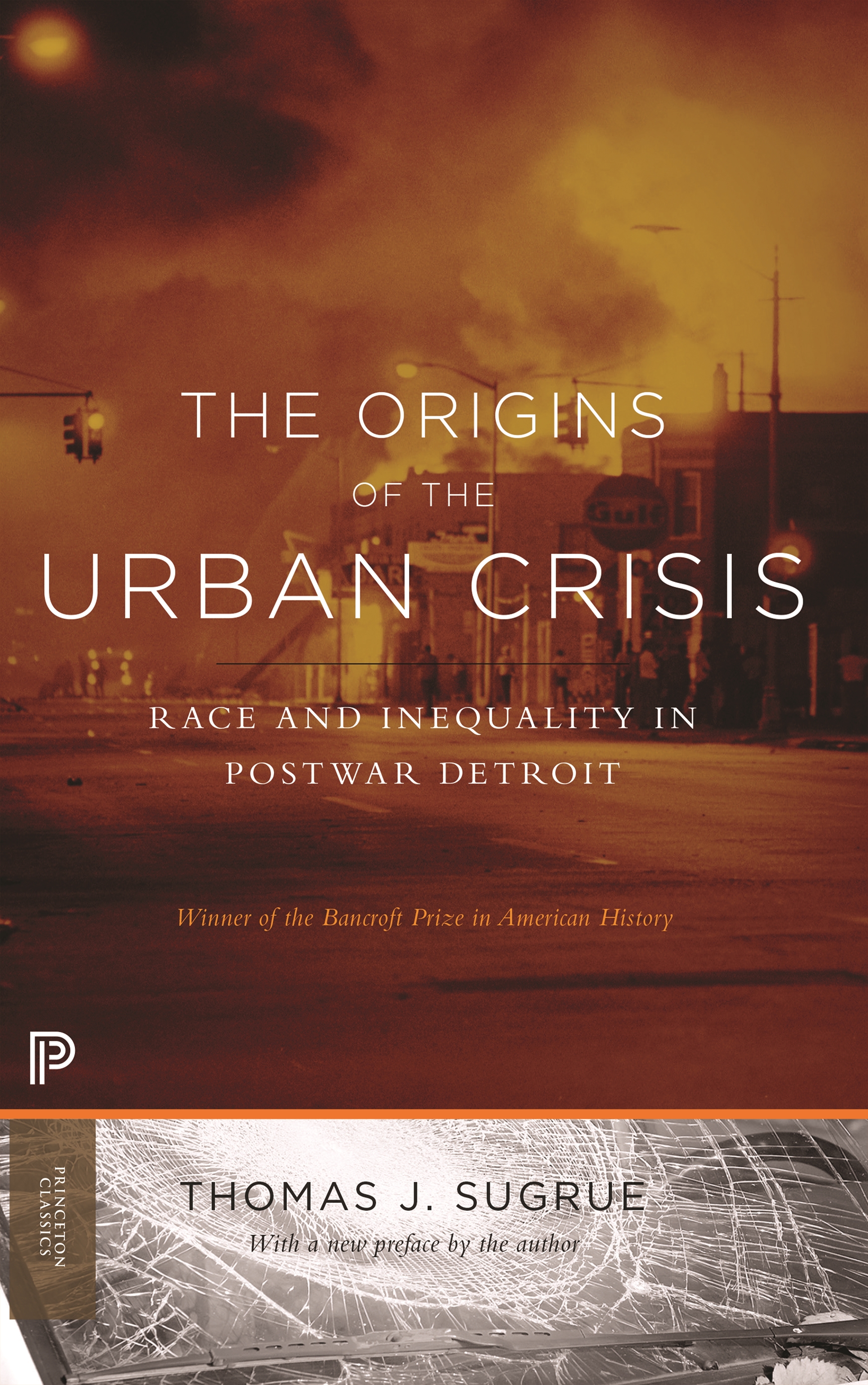 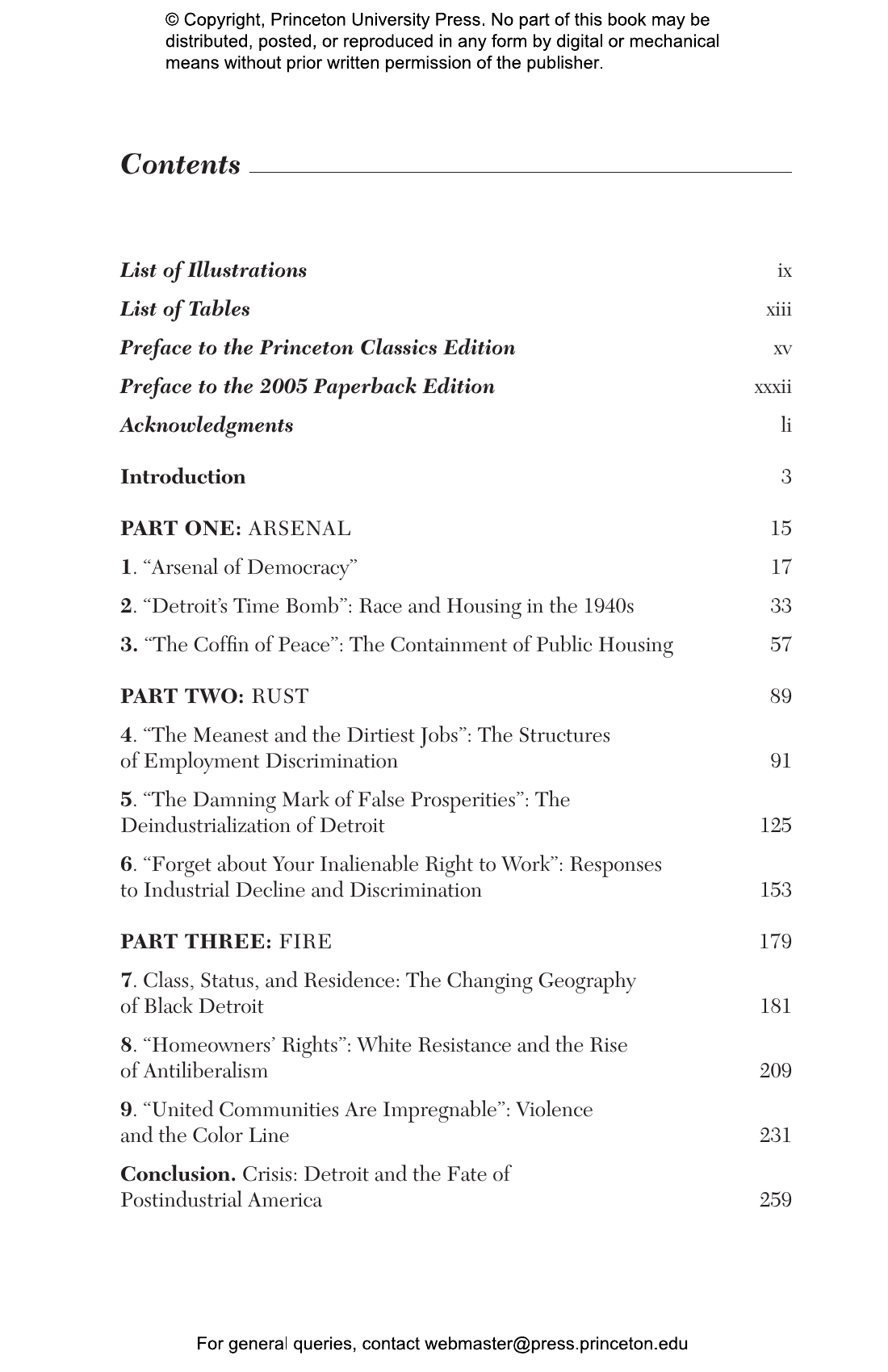 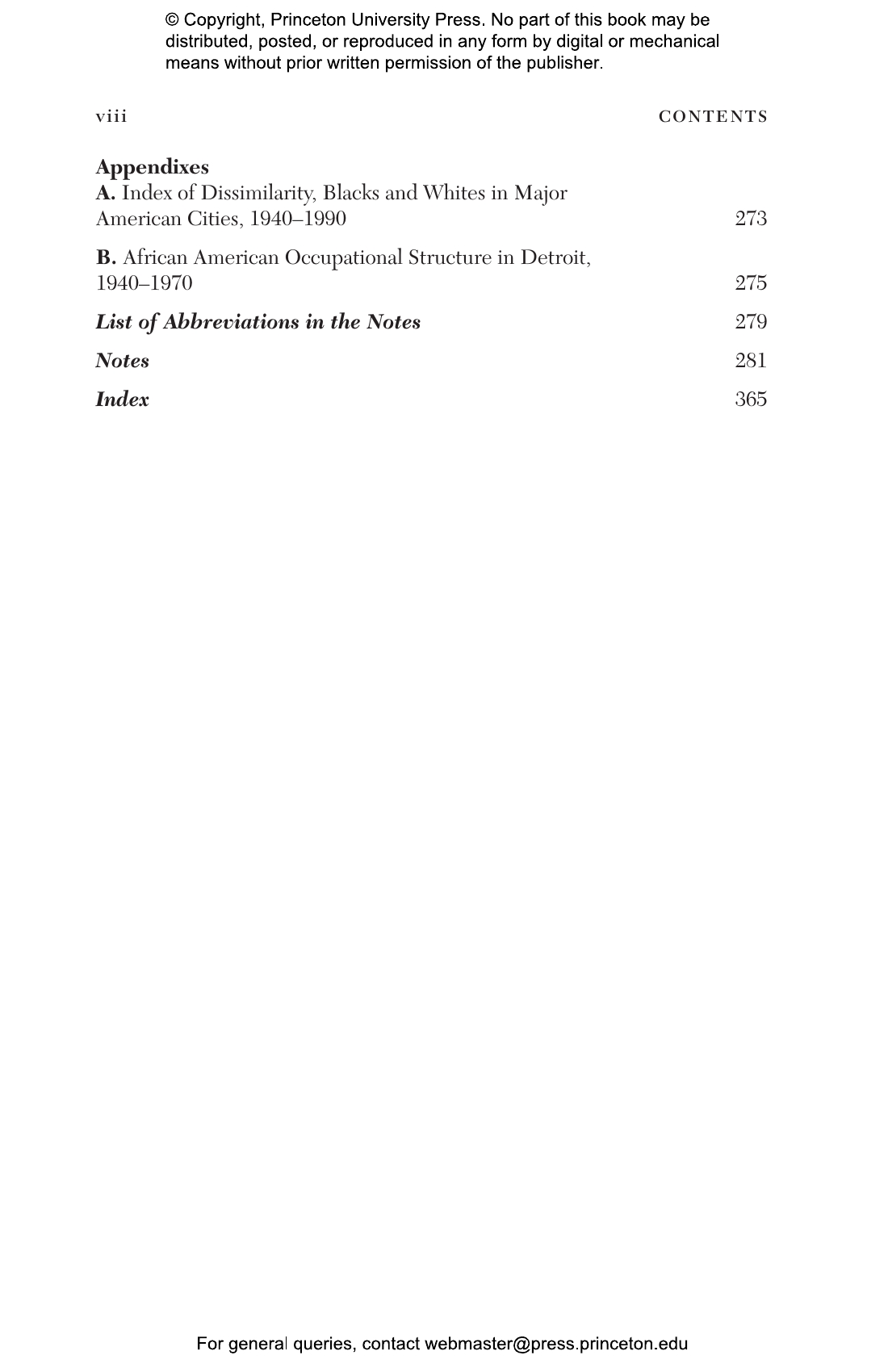 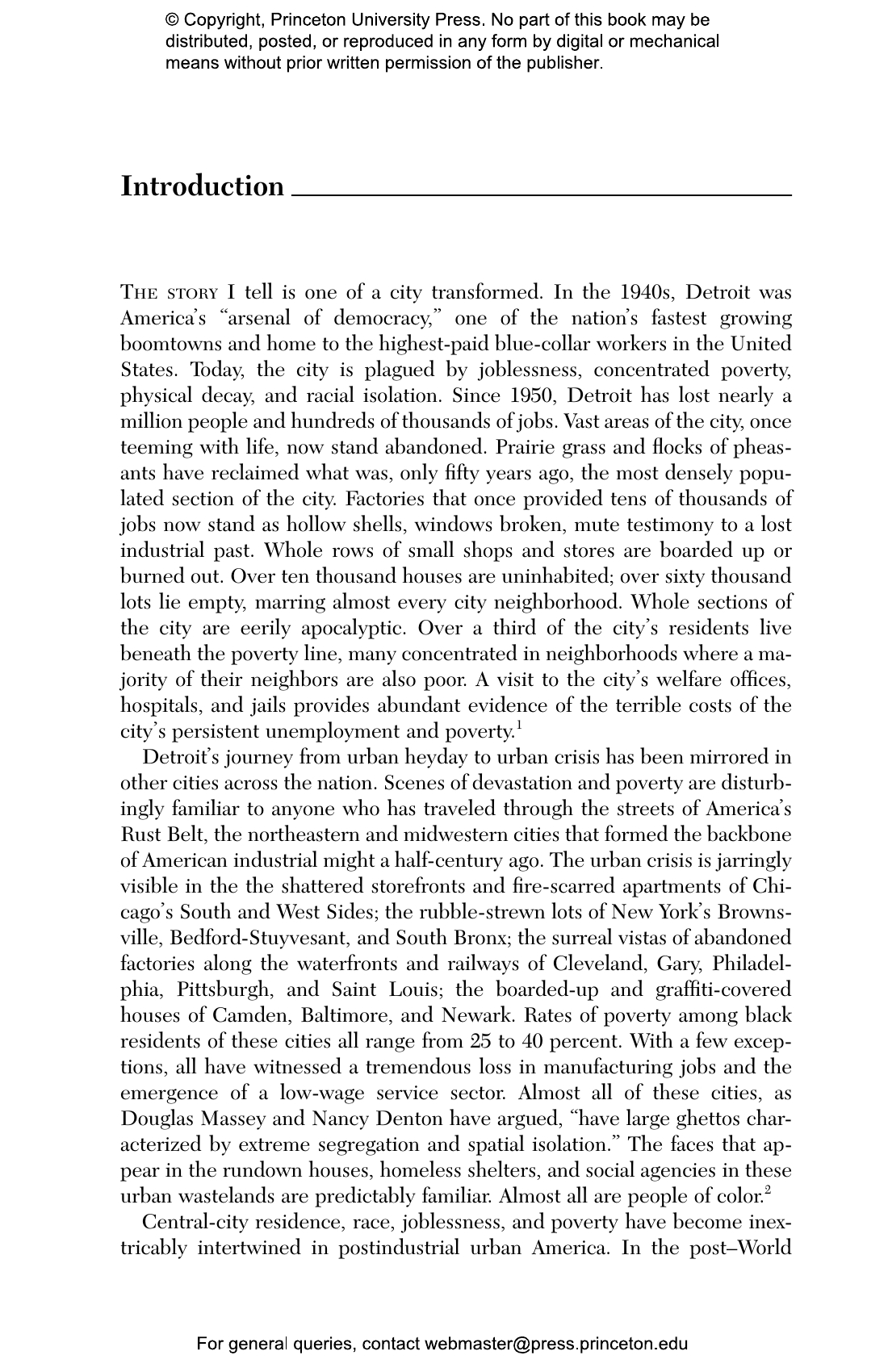 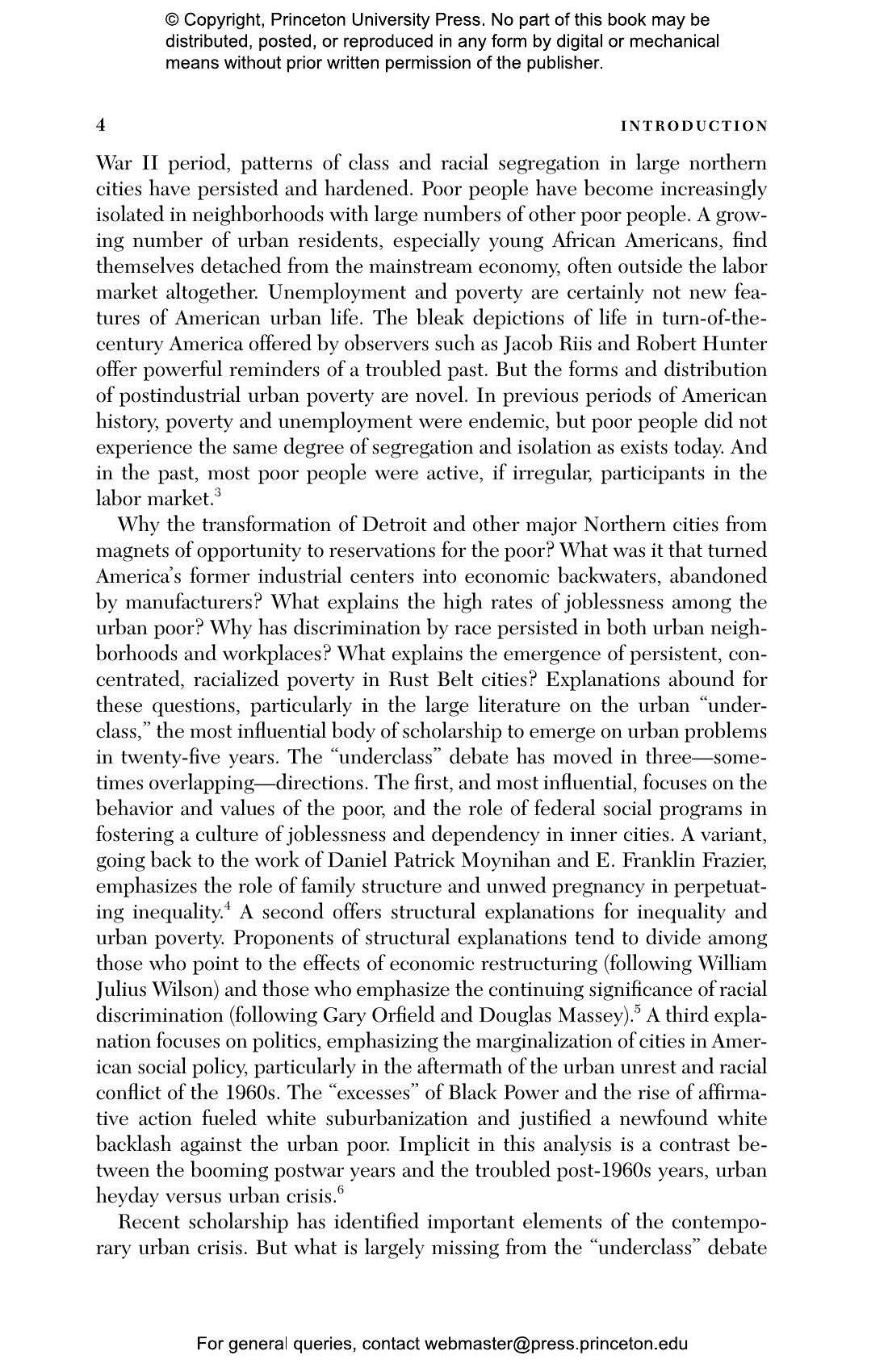 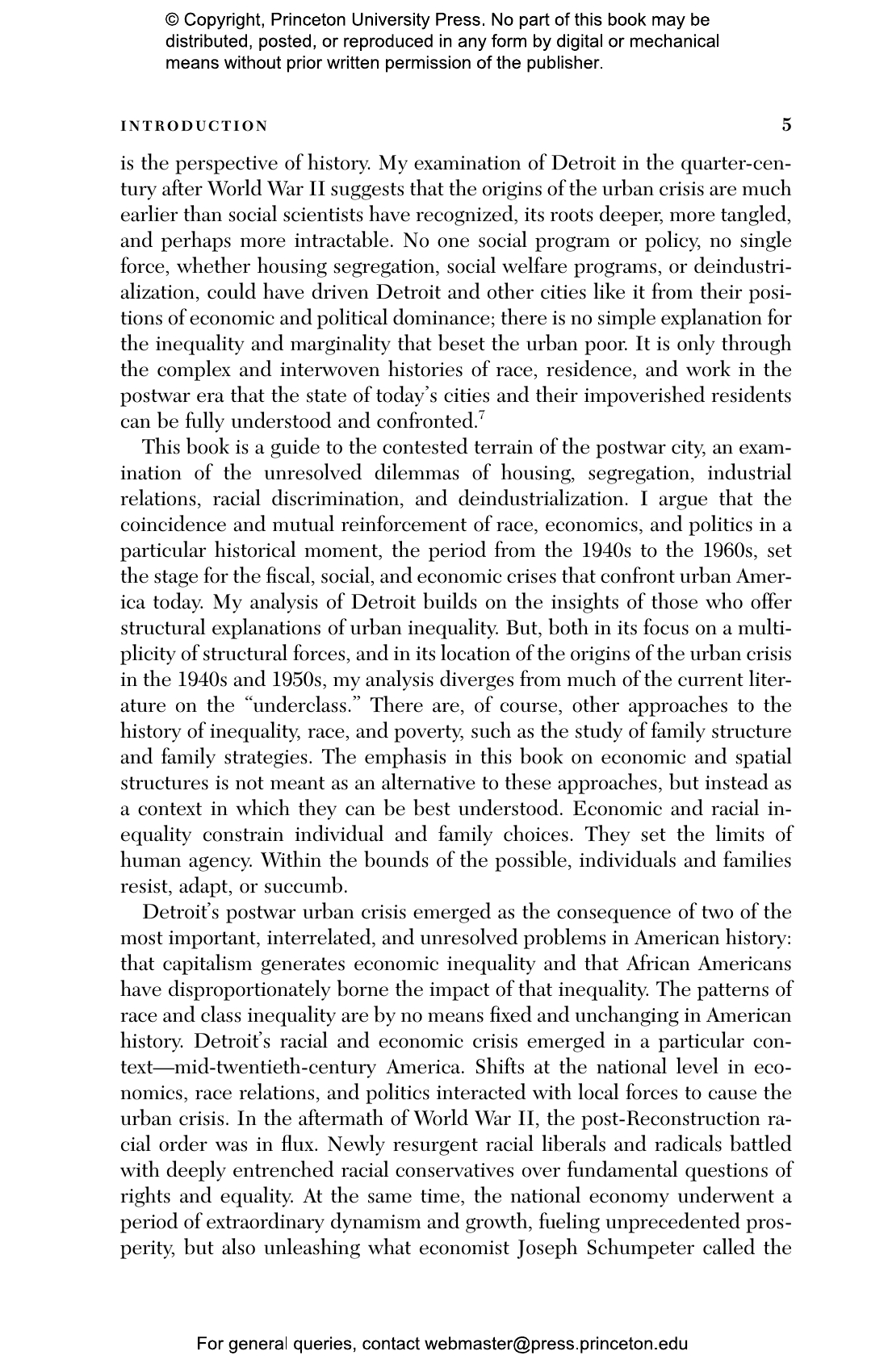 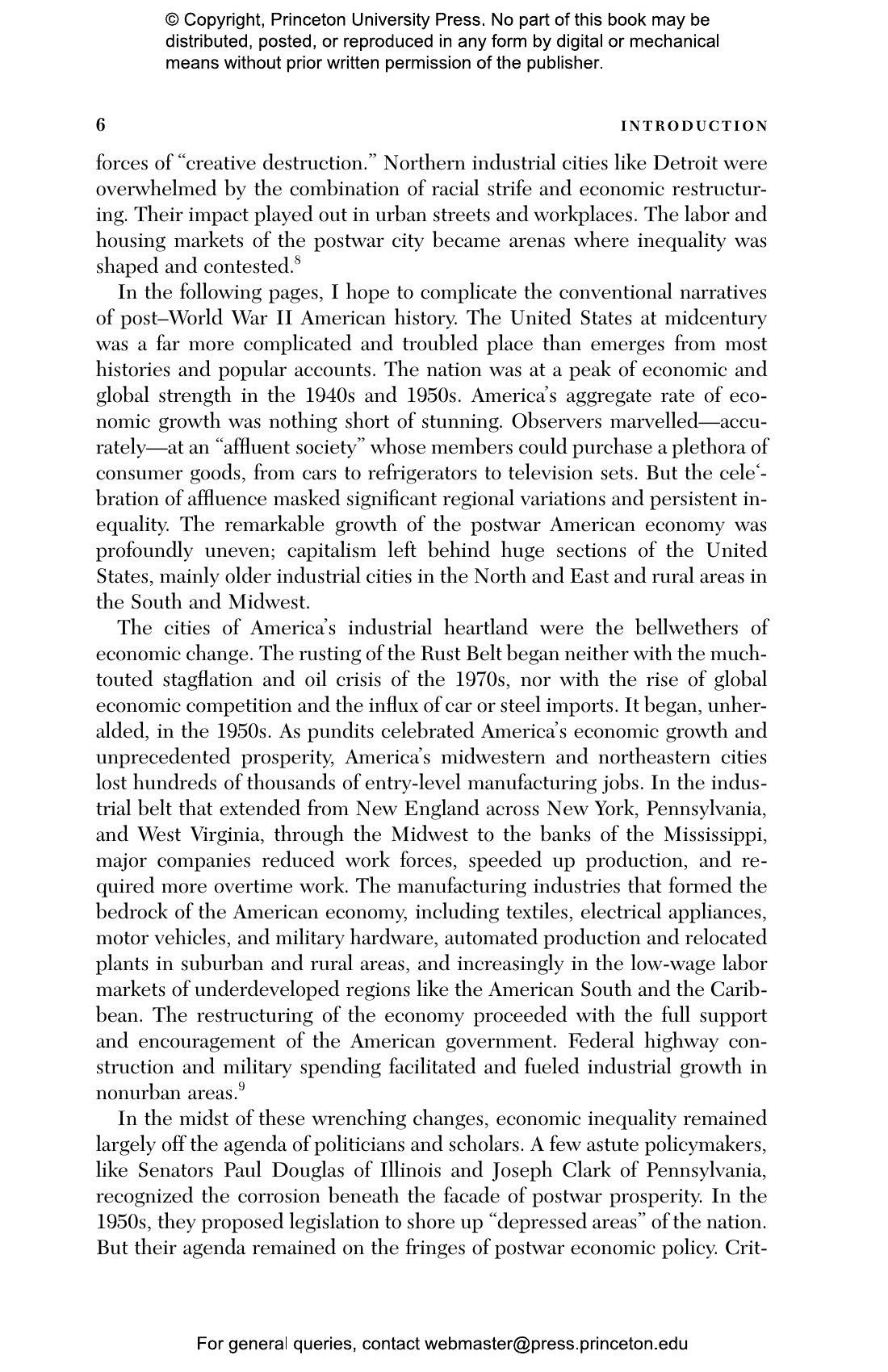 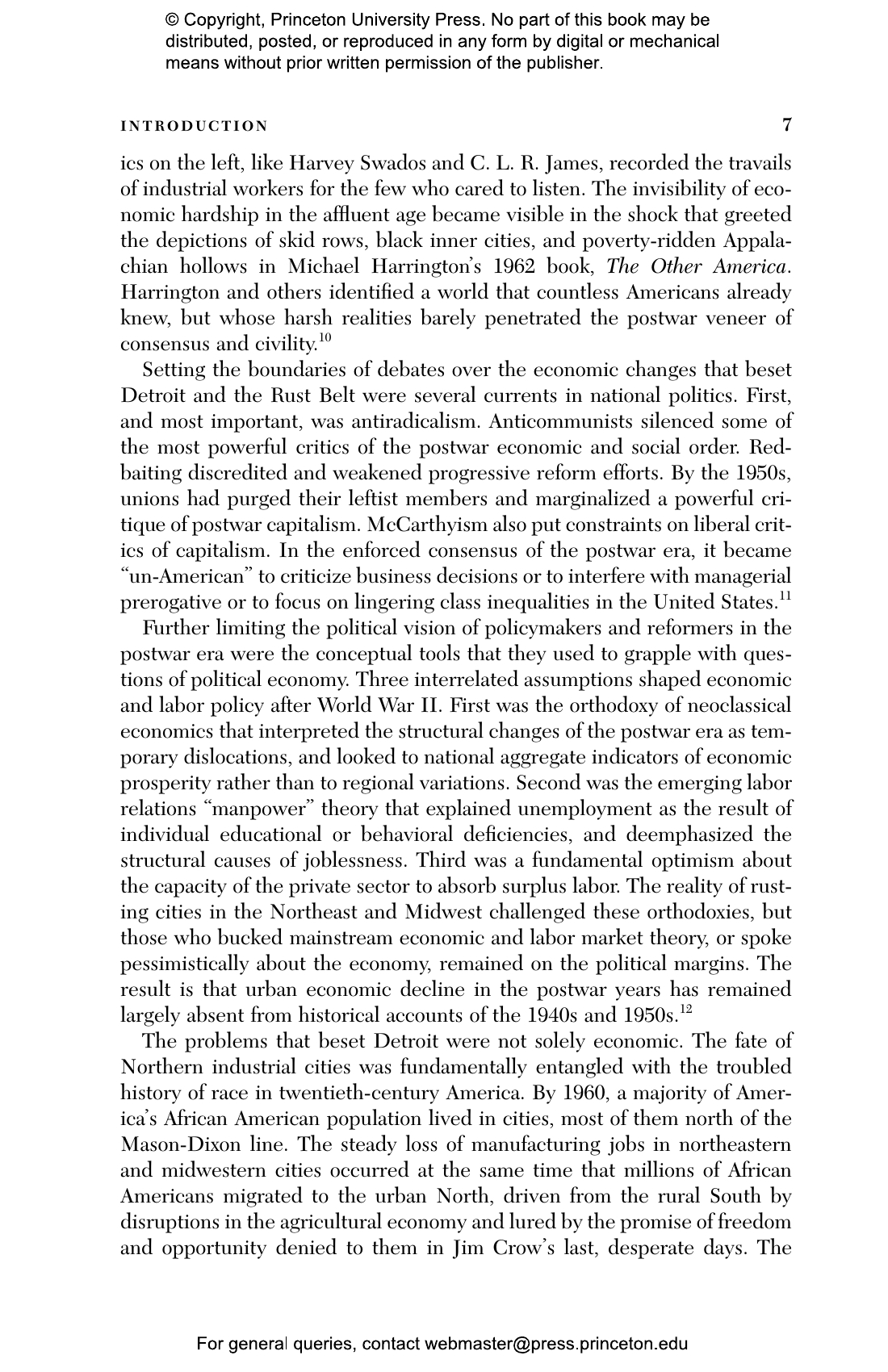 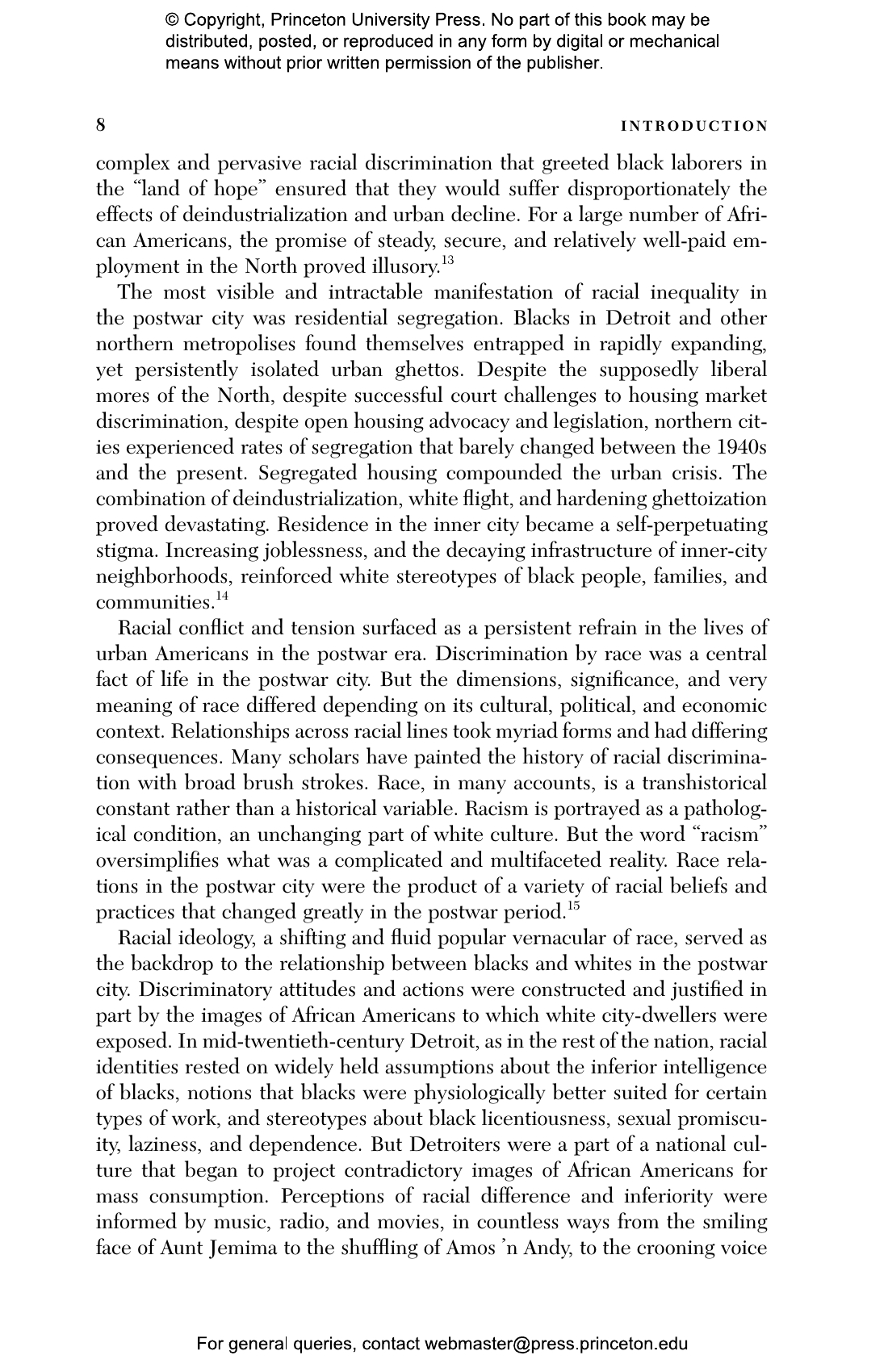 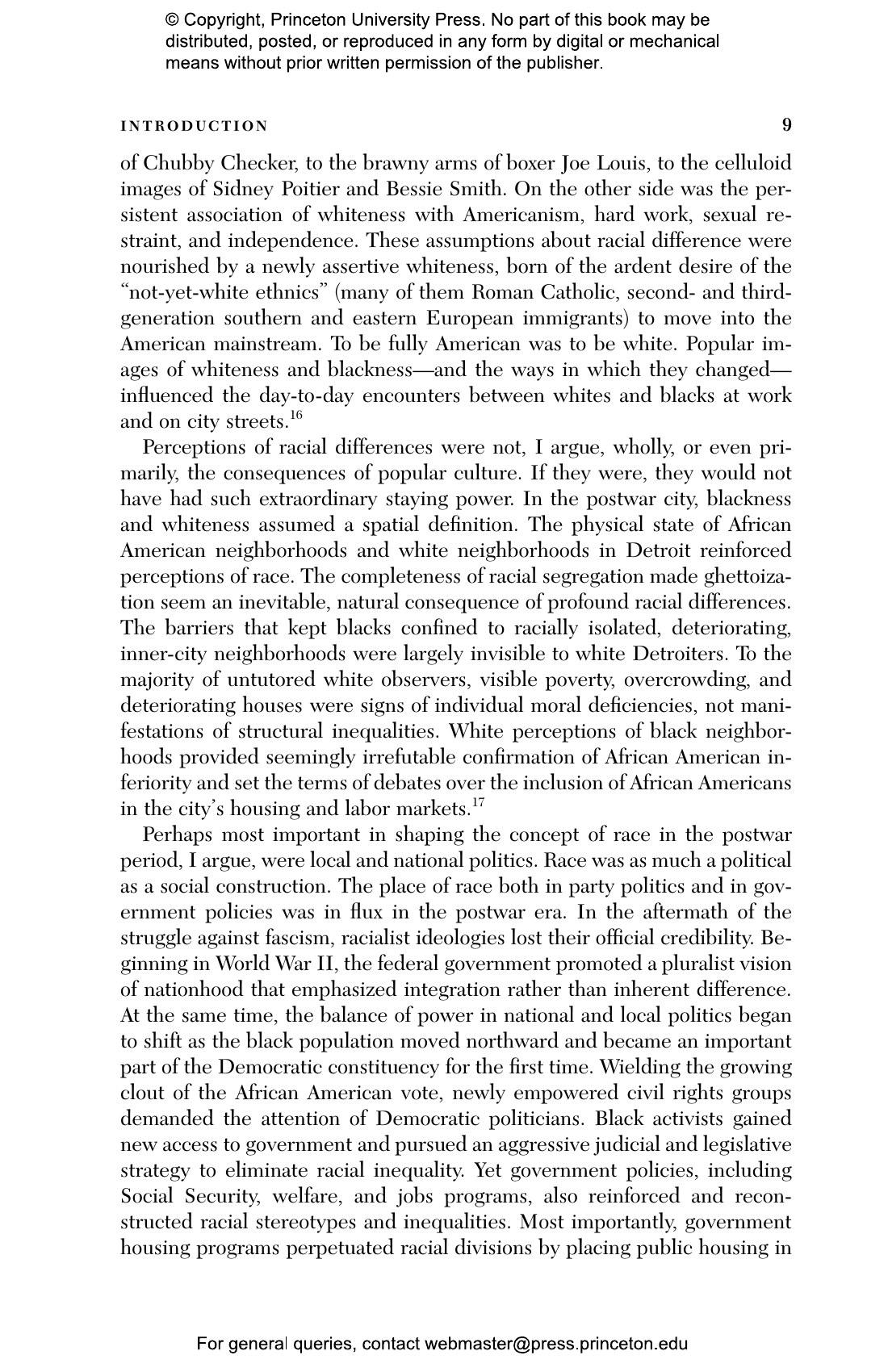 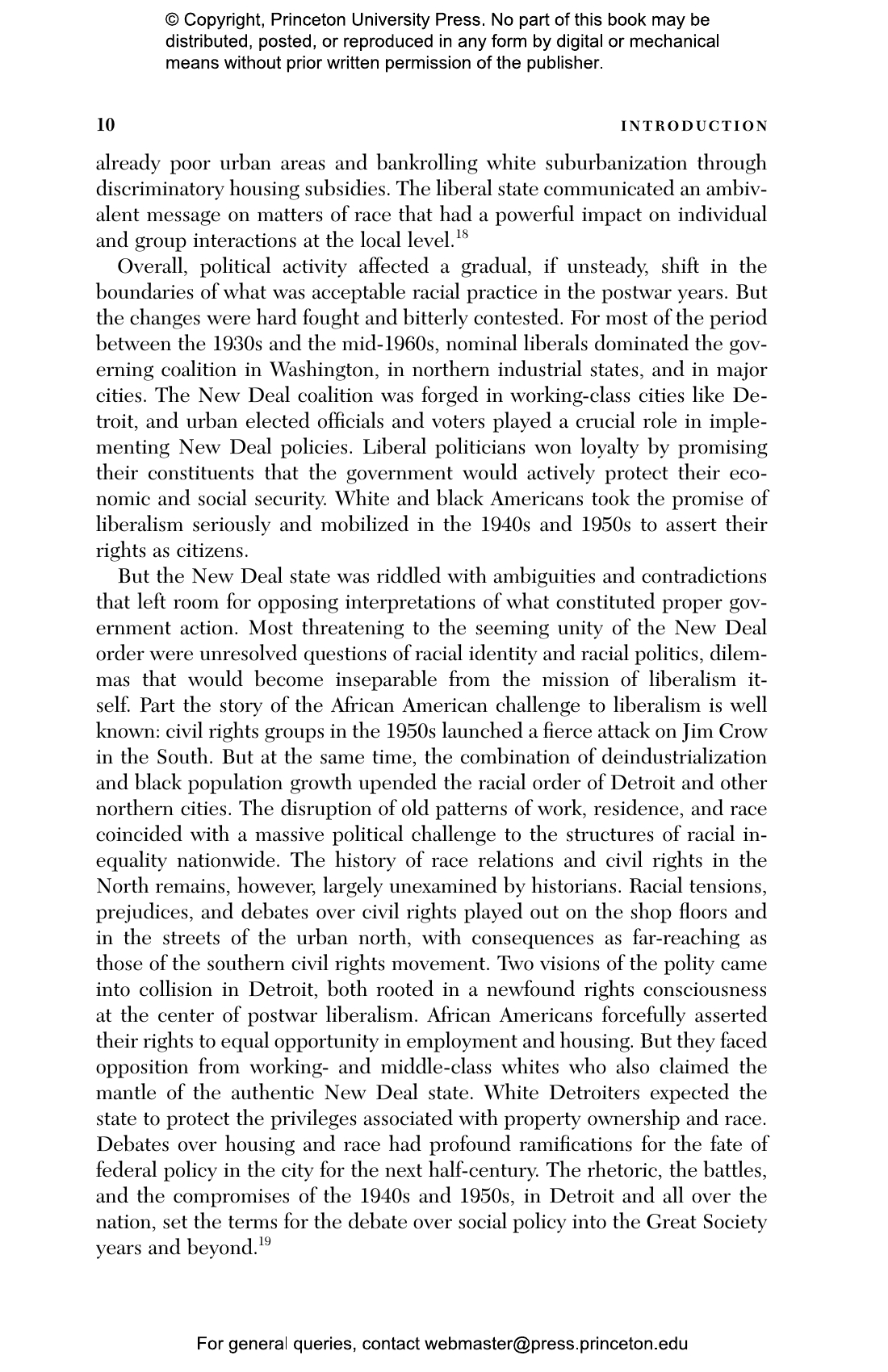 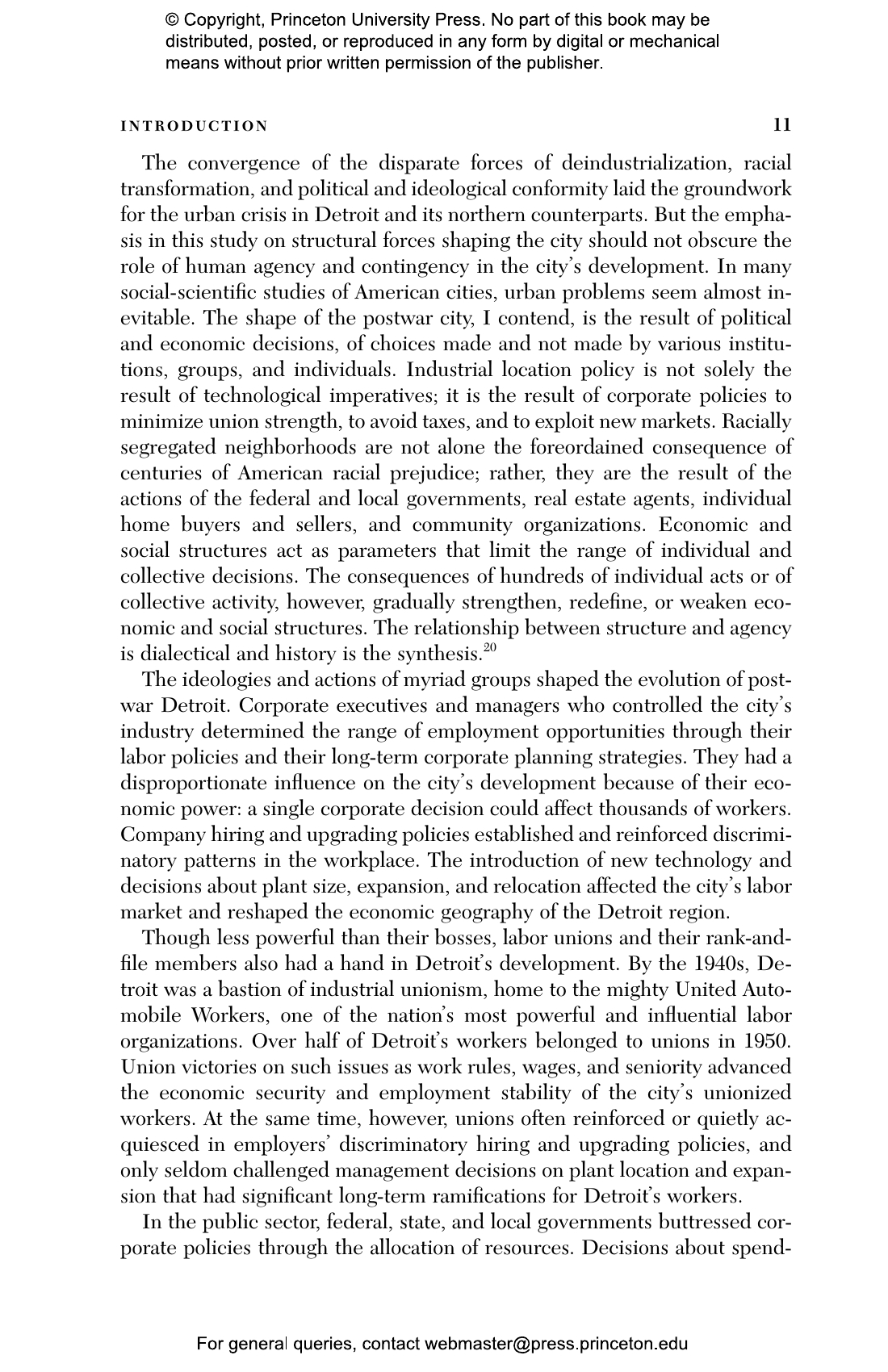 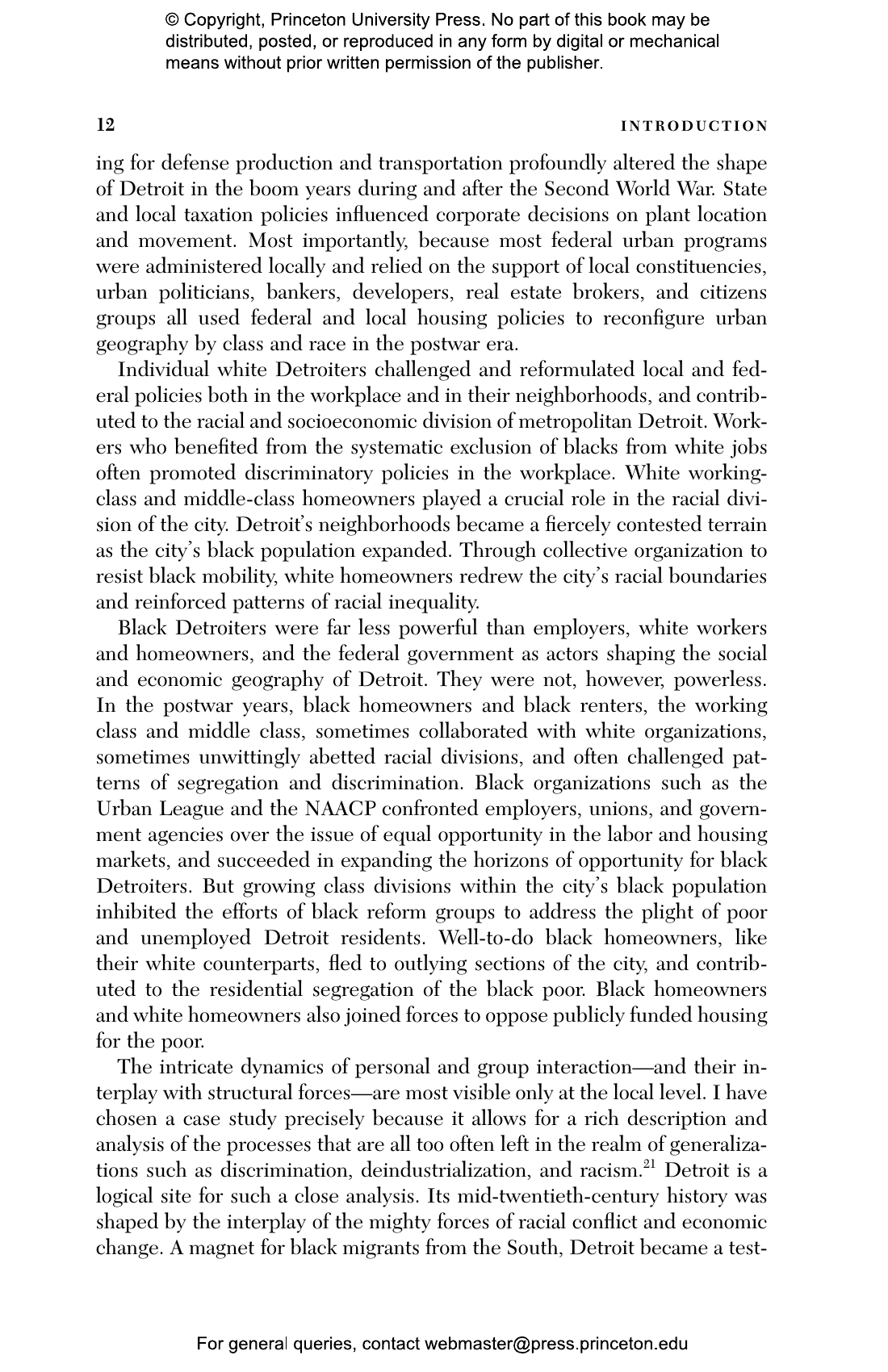 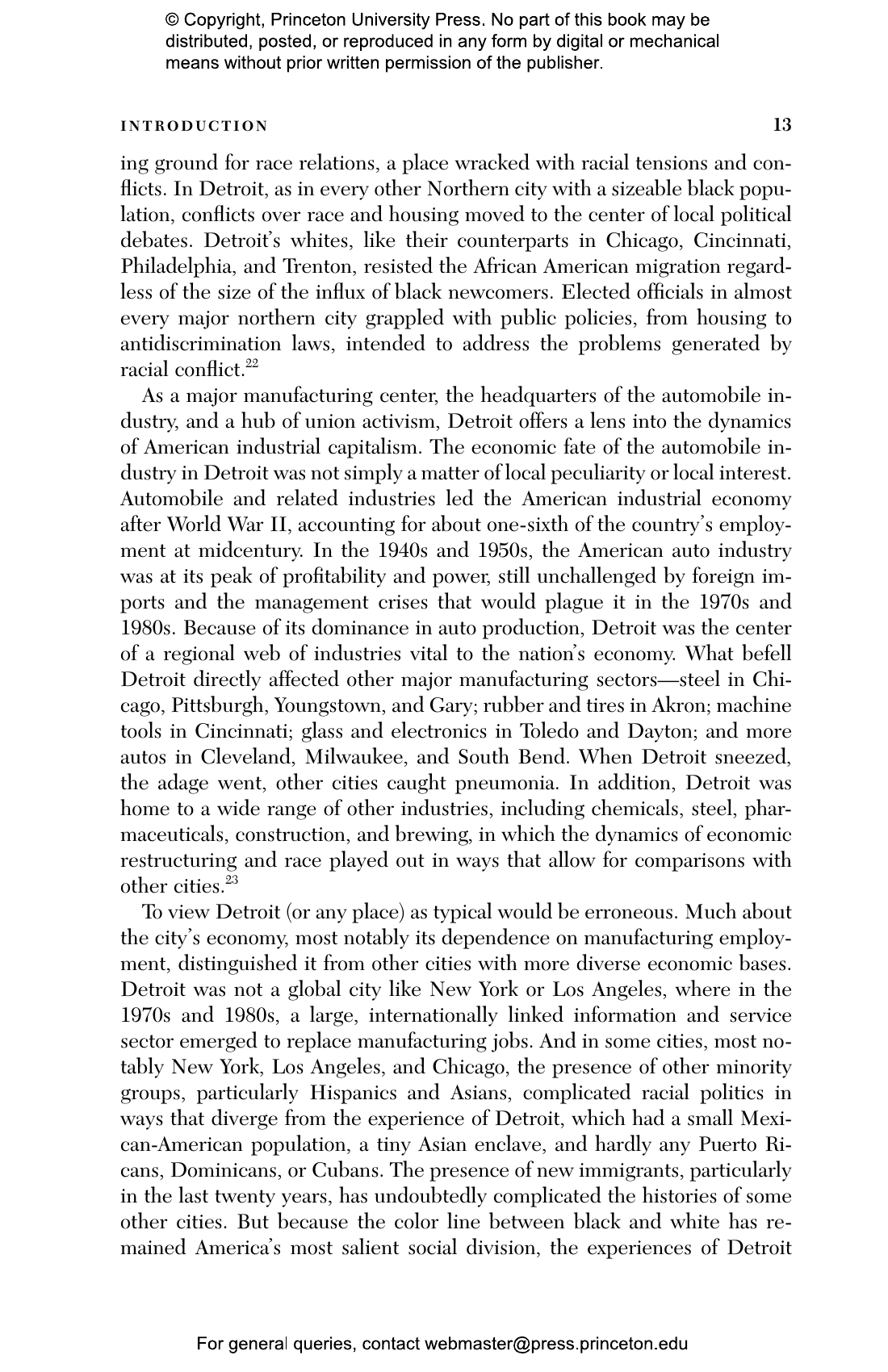 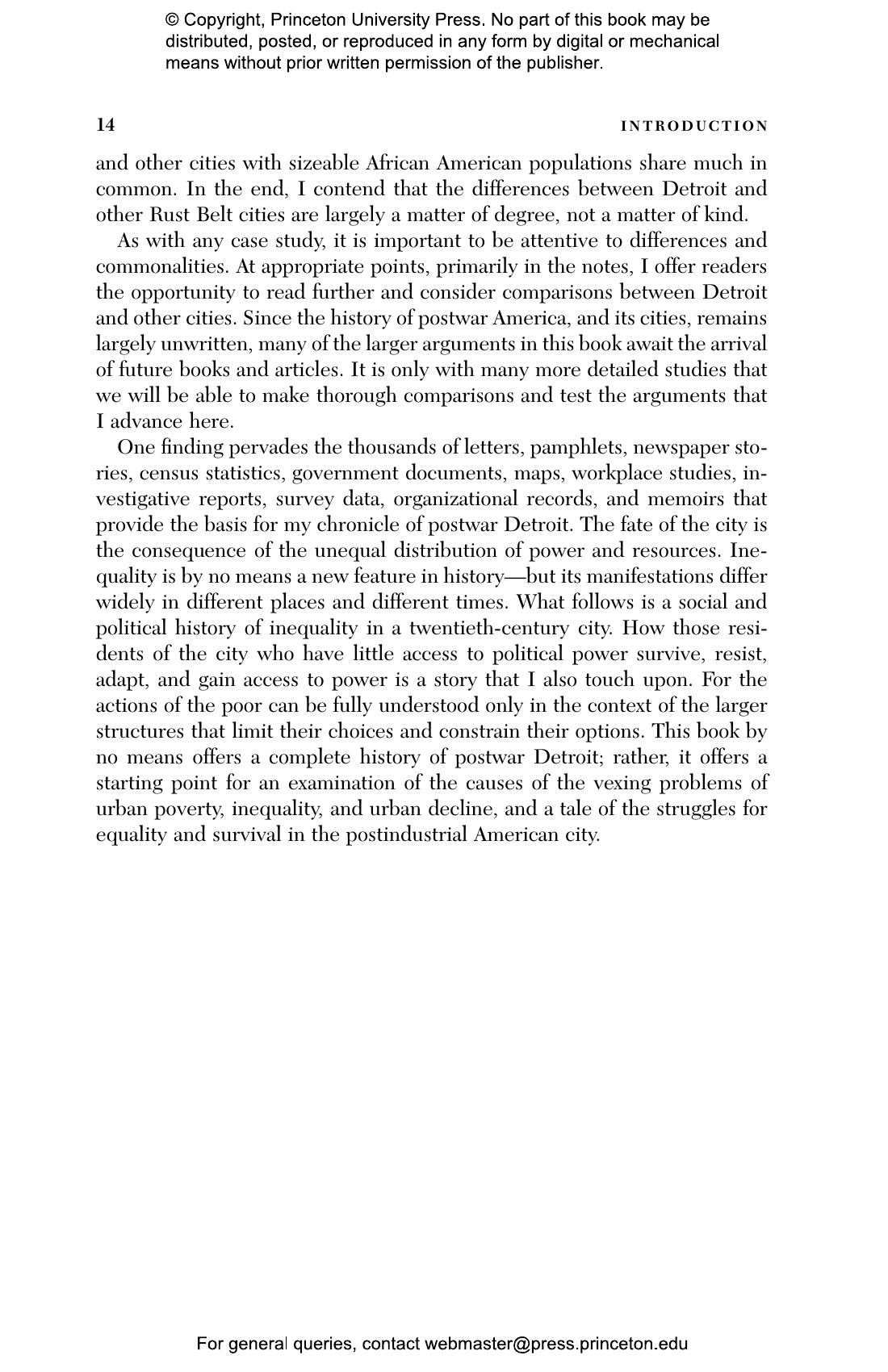 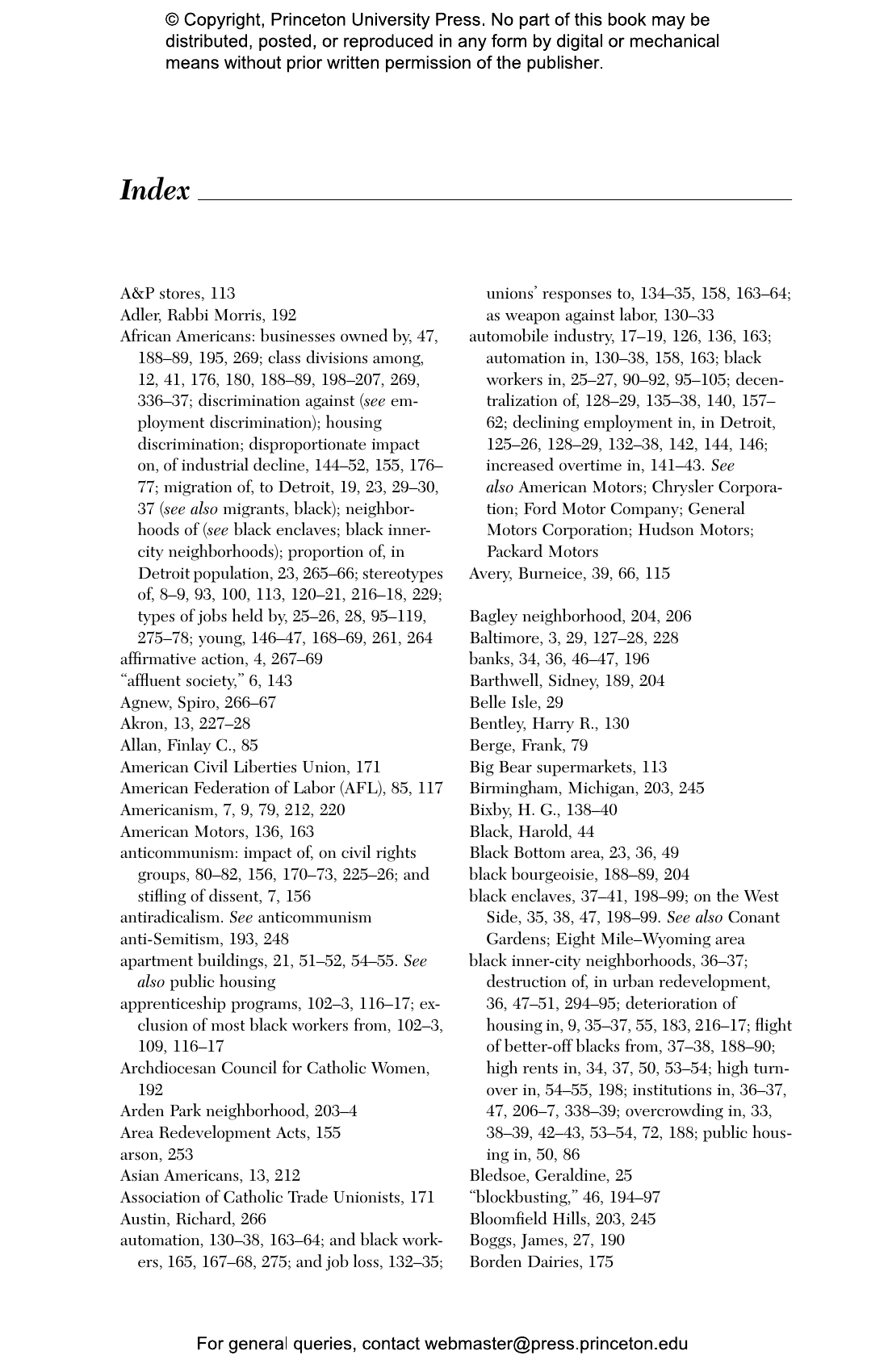 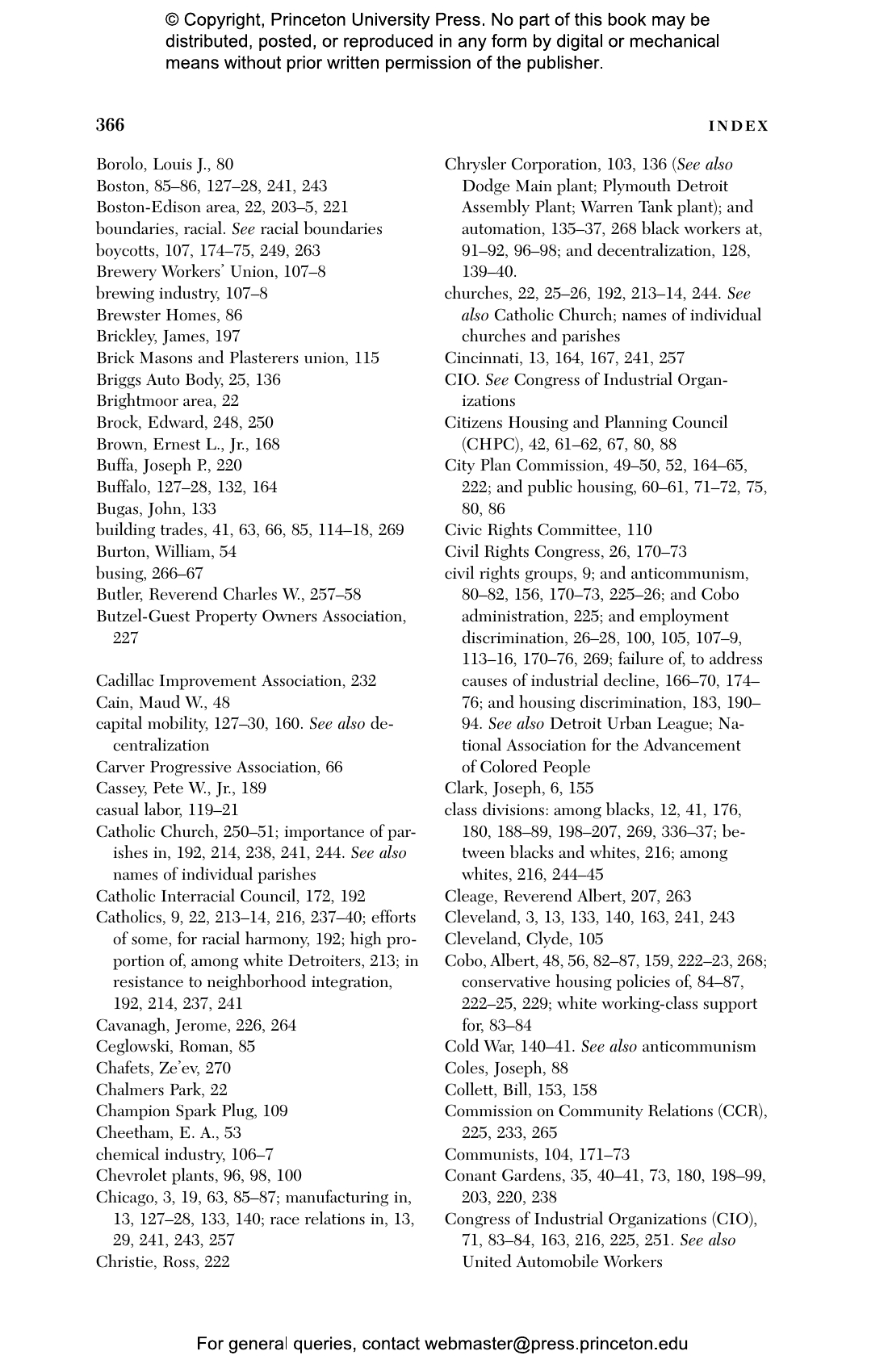 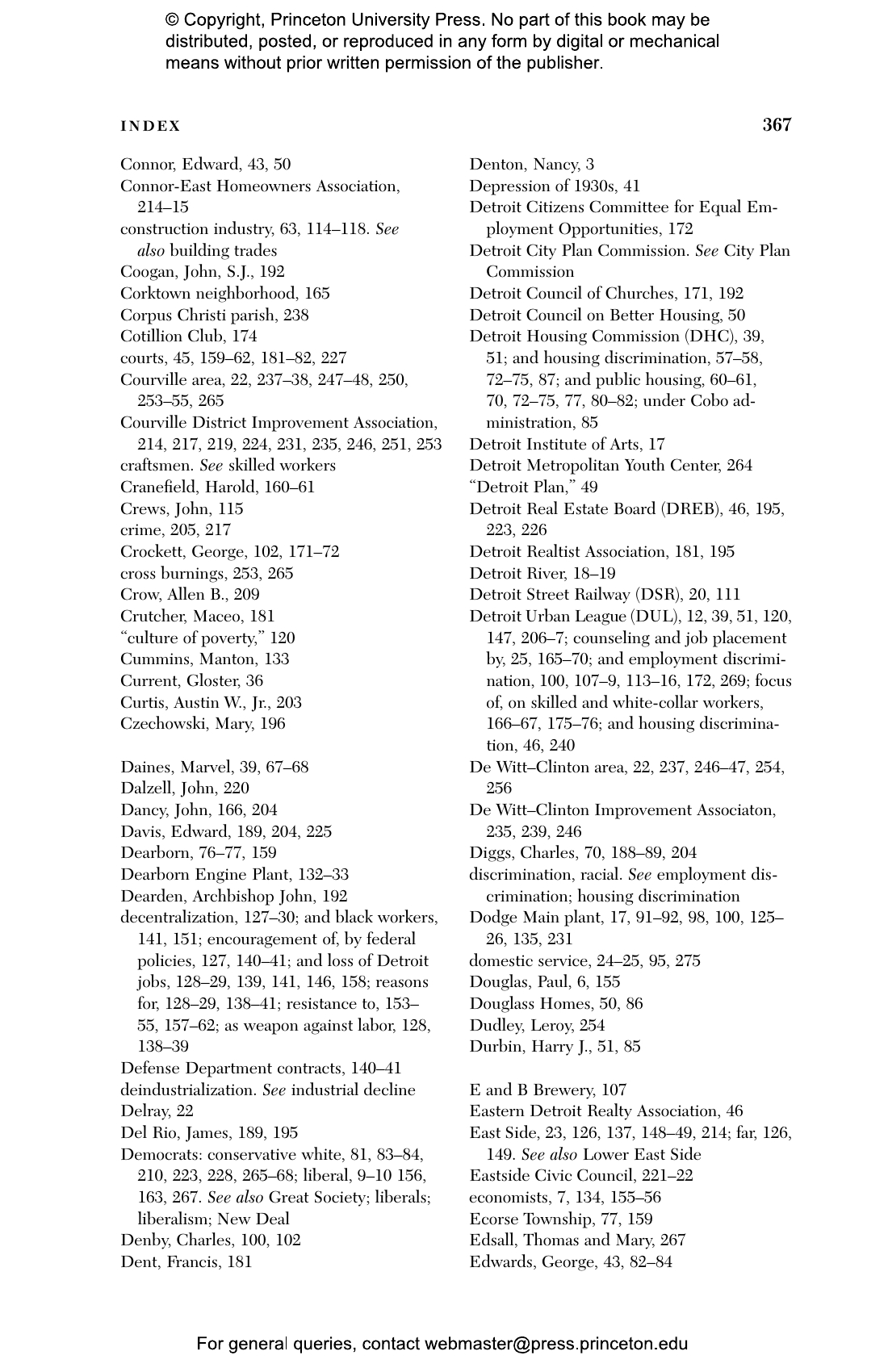 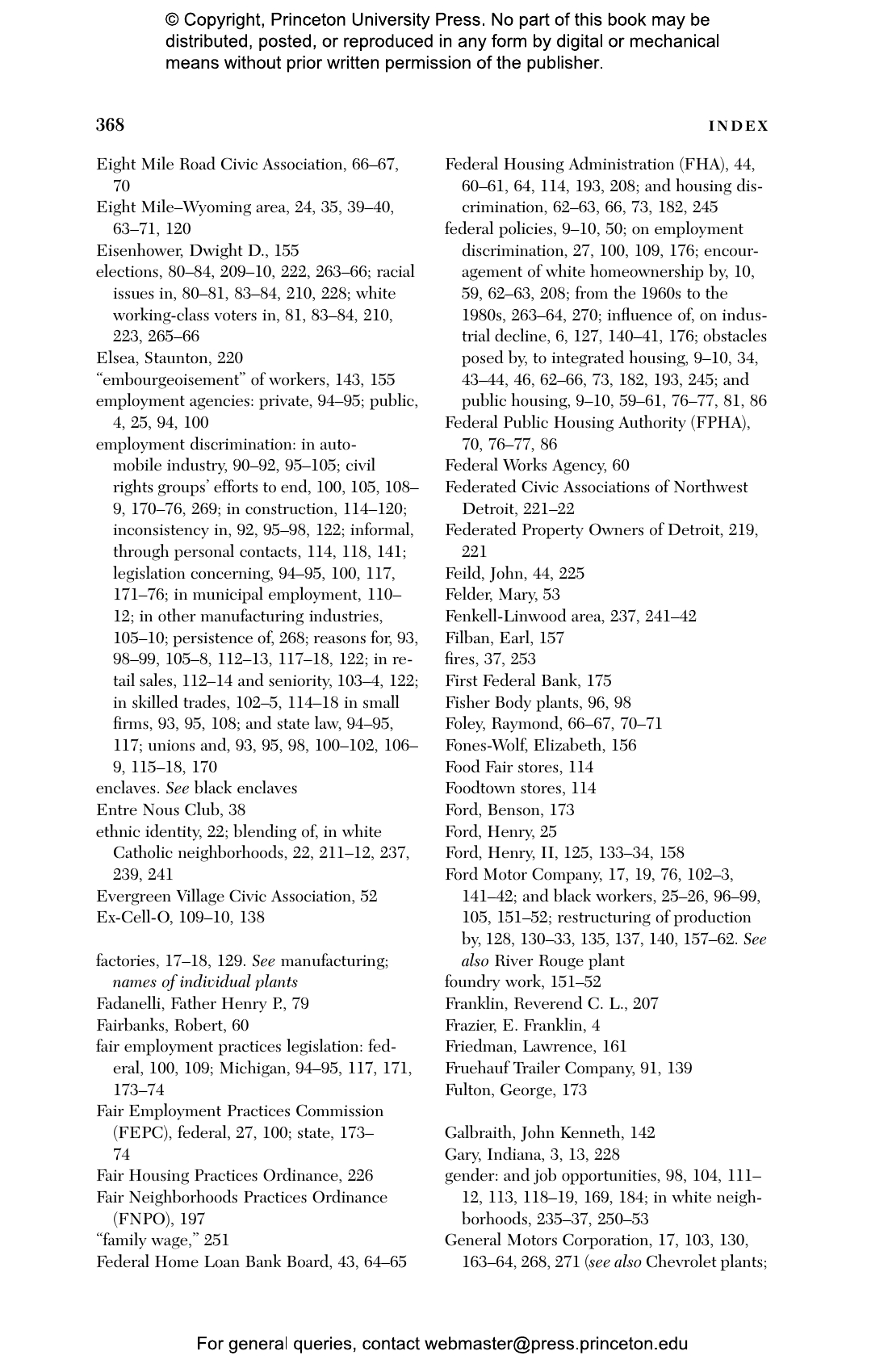 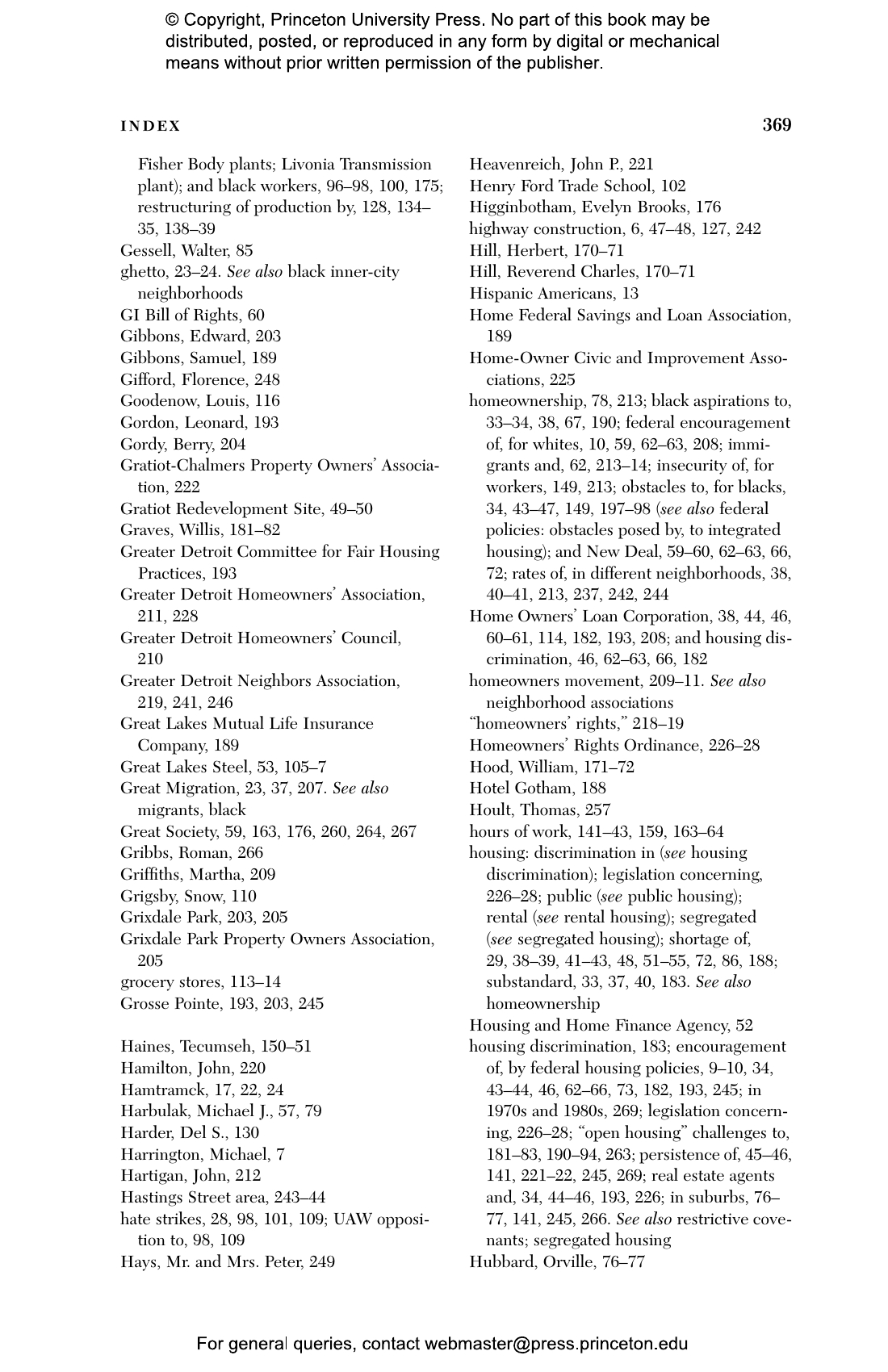 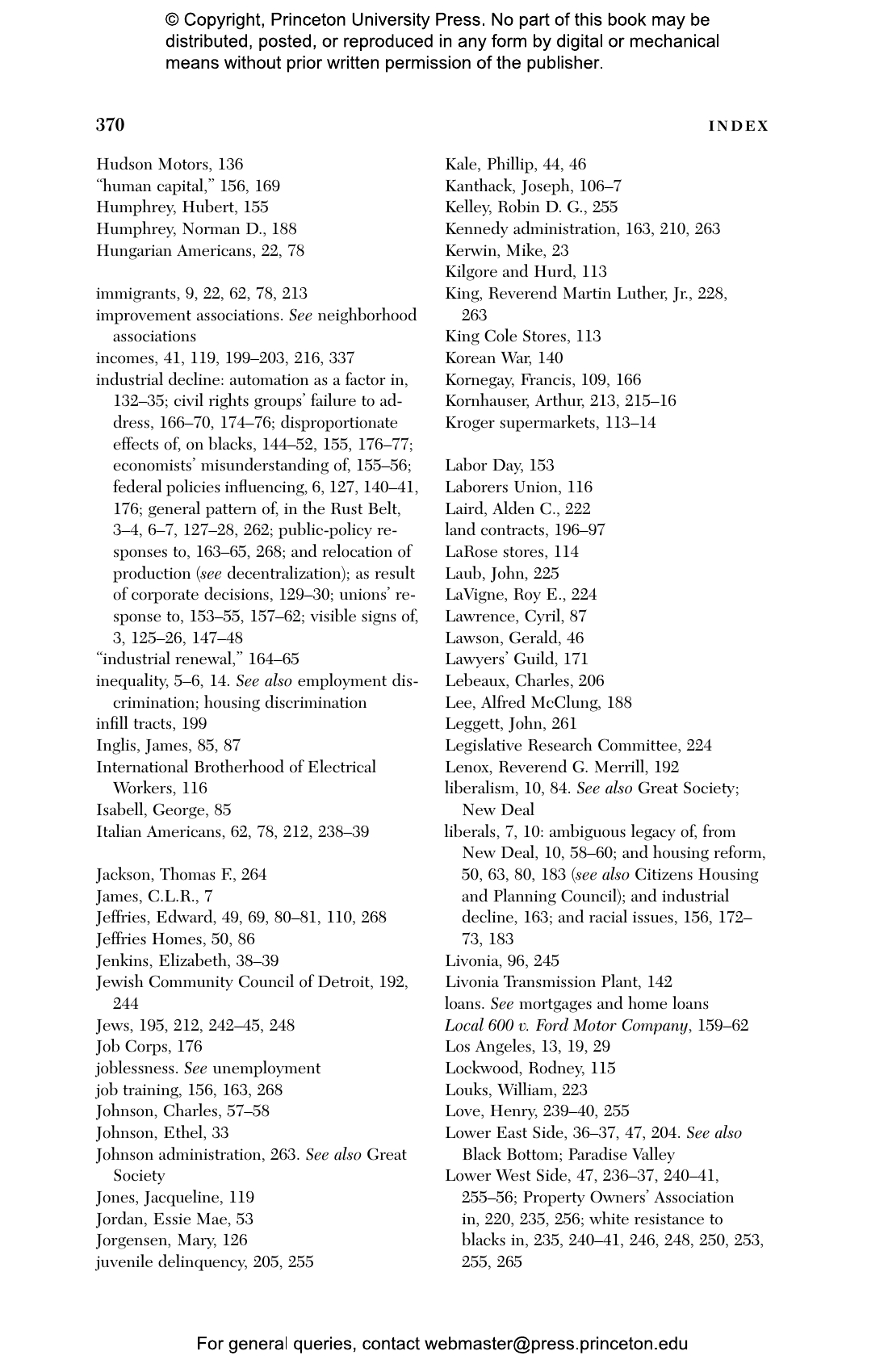 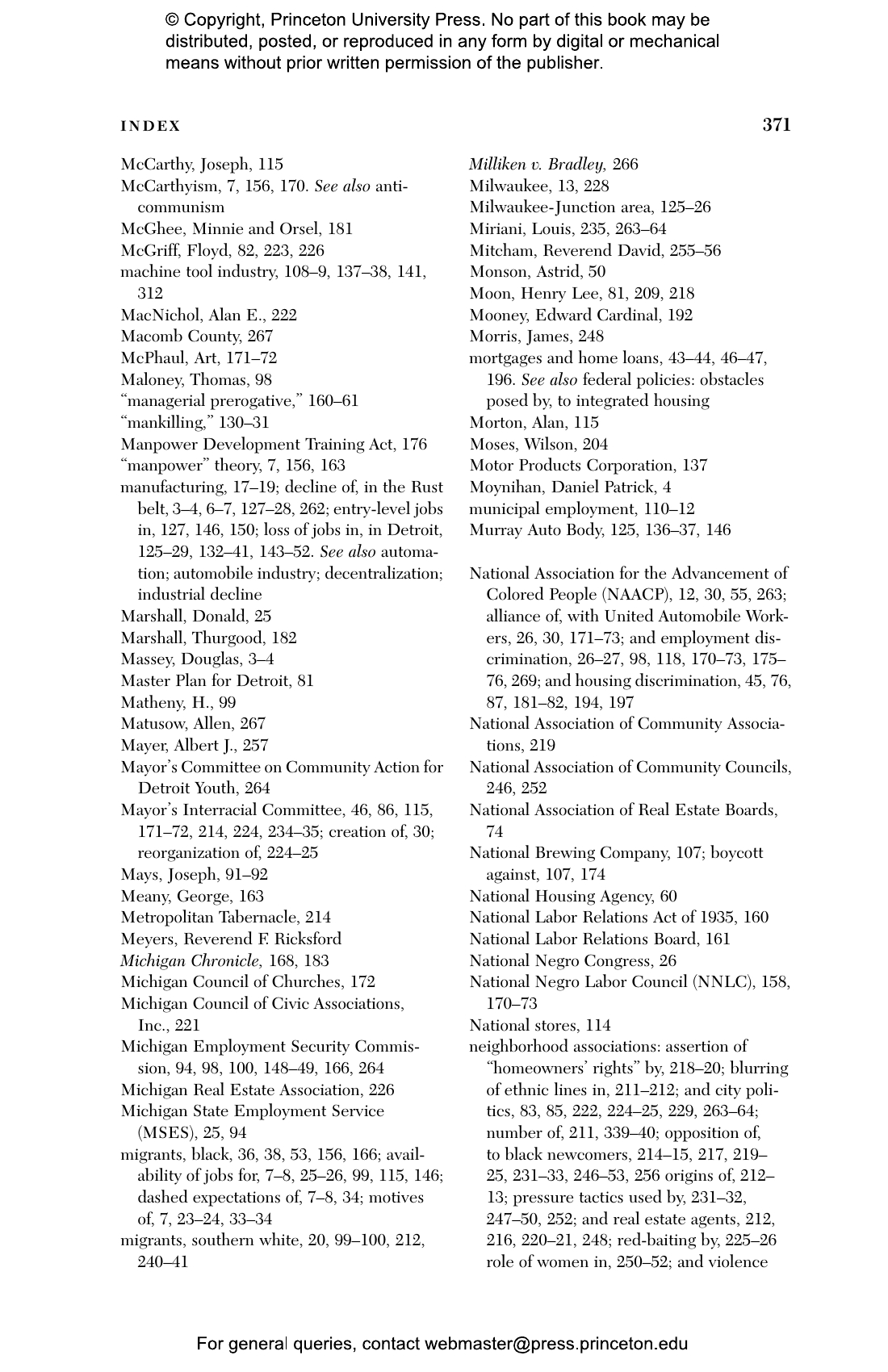 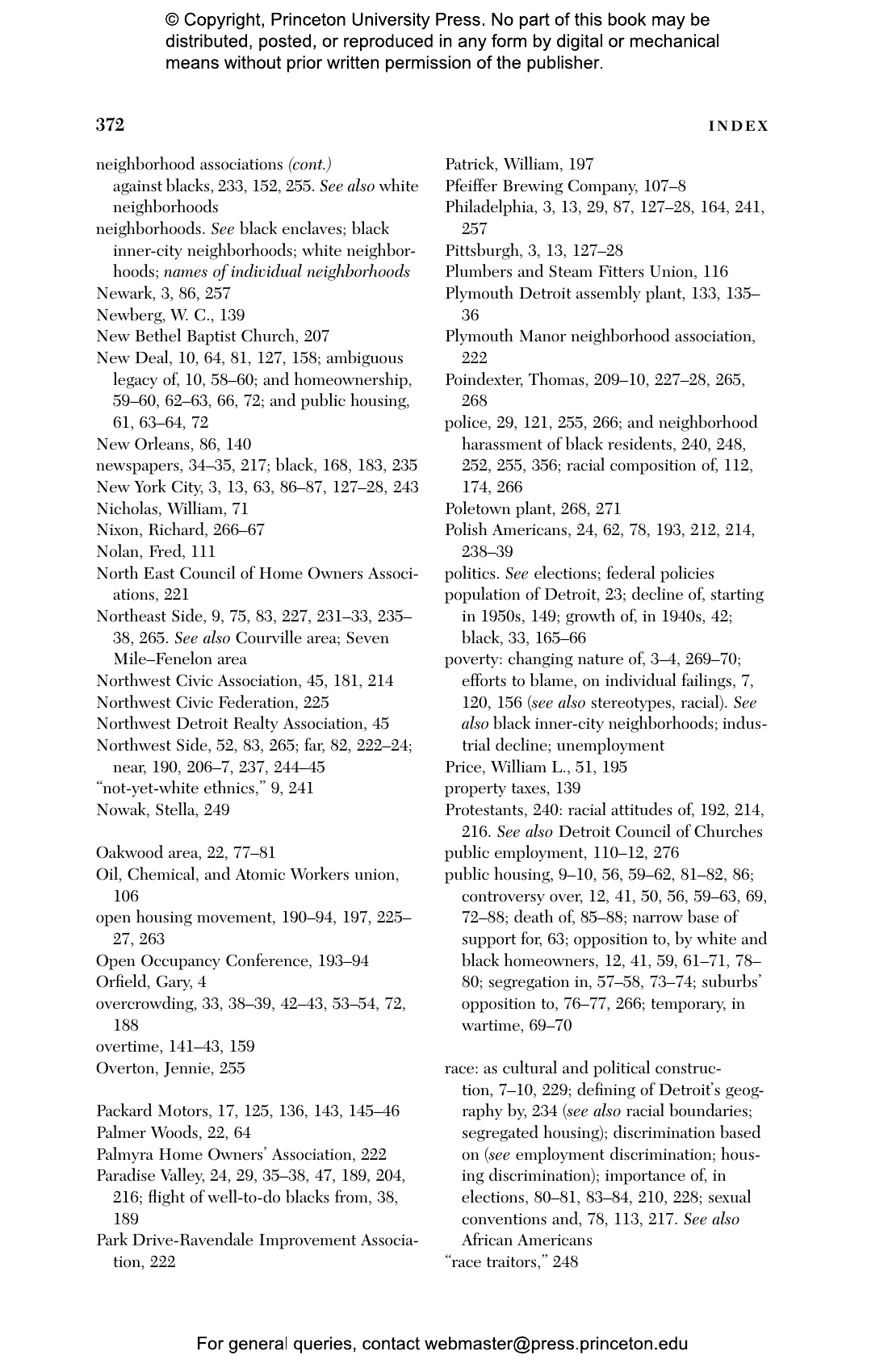 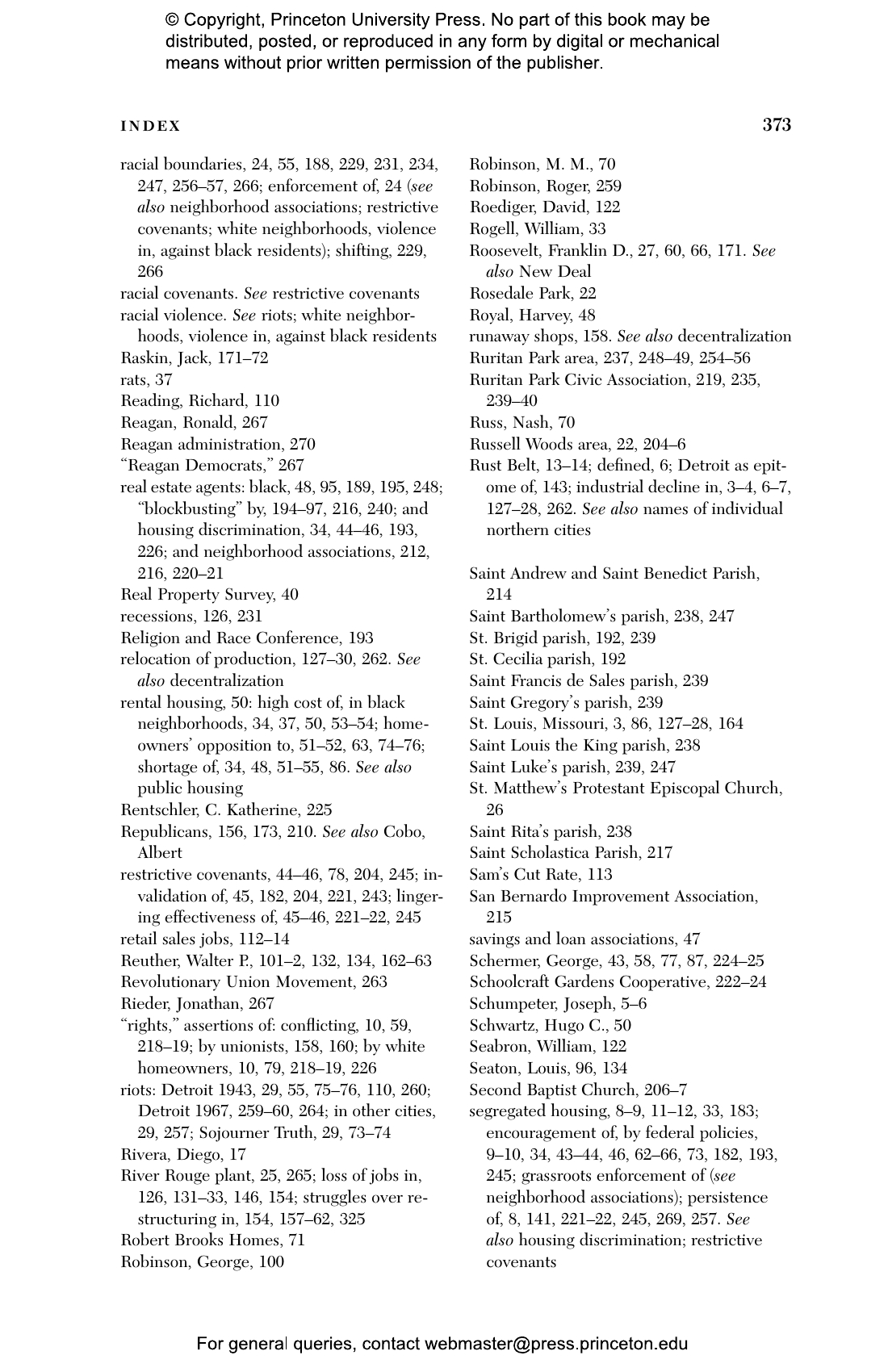 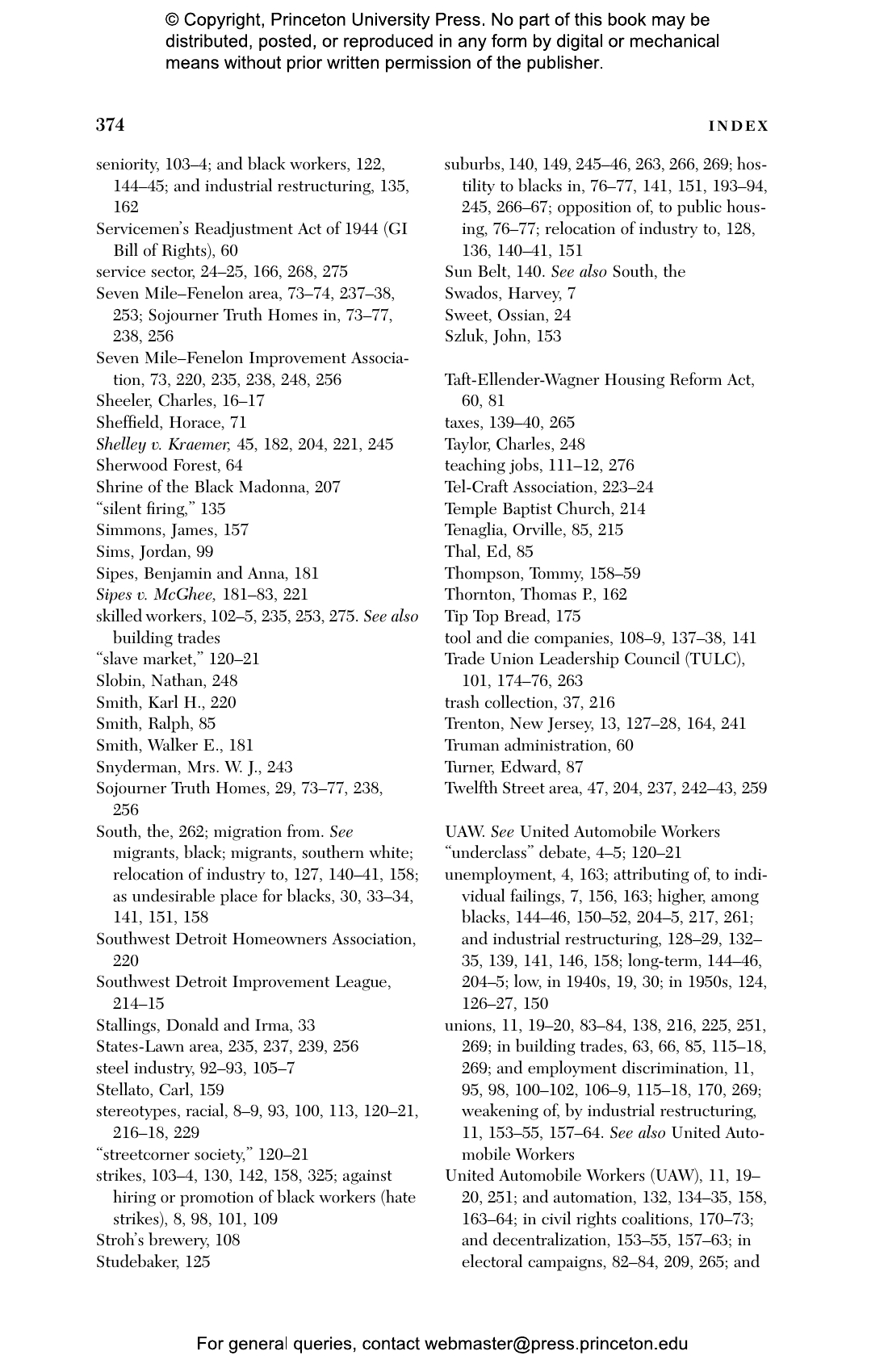 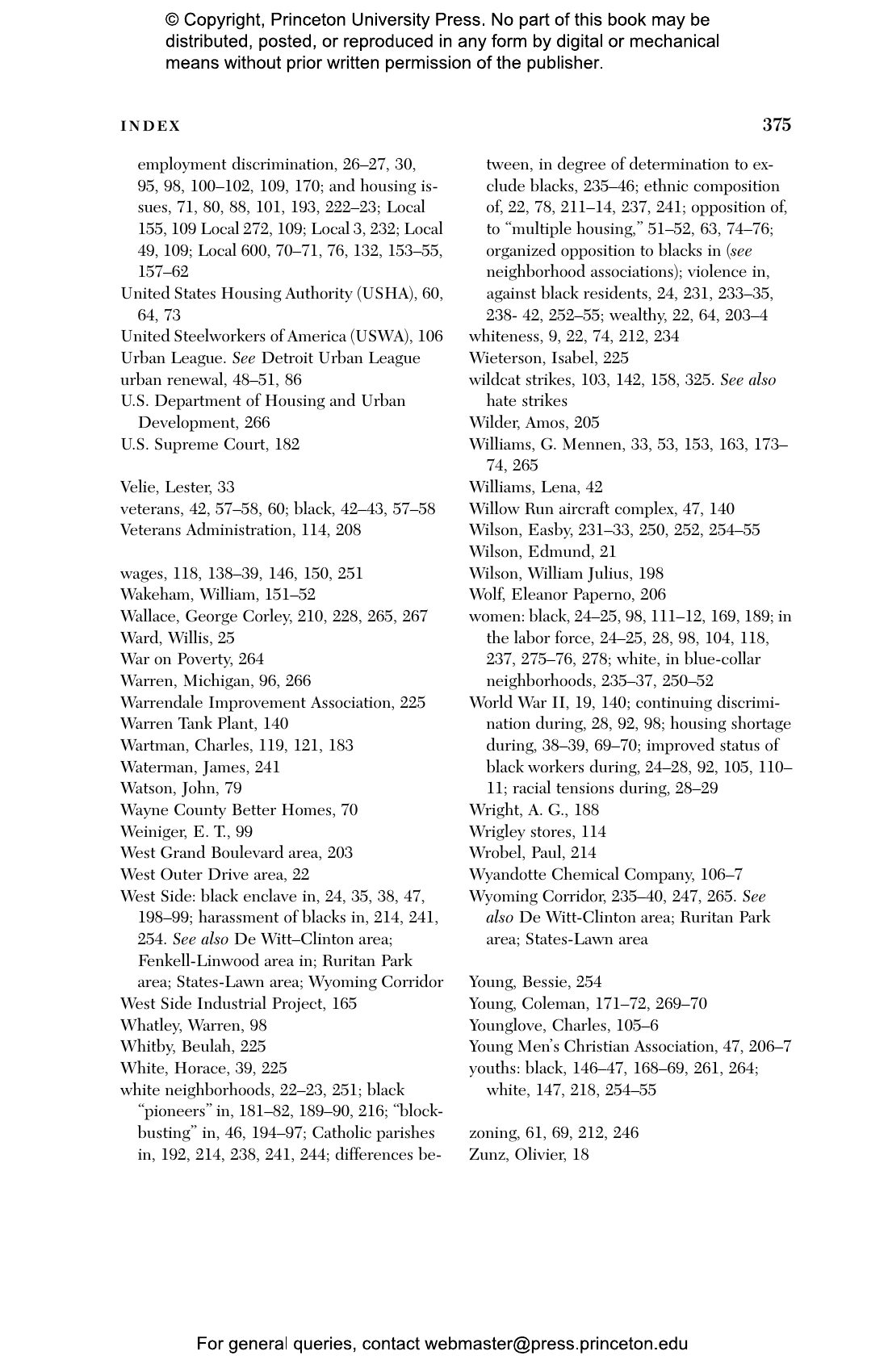 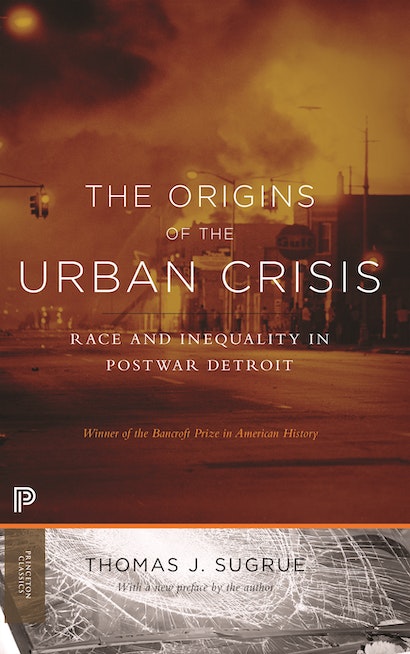 Once America’s “arsenal of democracy,” Detroit is now the symbol of the American urban crisis. In this reappraisal of America’s racial and economic inequalities, Thomas Sugrue asks why Detroit and other industrial cities have become the sites of persistent racialized poverty. He challenges the conventional wisdom that urban decline is the product of the social programs and racial fissures of the 1960s. Weaving together the history of workplaces, unions, civil rights groups, political organizations, and real estate agencies, Sugrue finds the roots of today’s urban poverty in a hidden history of racial violence, discrimination, and deindustrialization that reshaped the American urban landscape after World War II.

This Princeton Classics edition includes a new preface by Sugrue, discussing the lasting impact of the postwar transformation on urban America and the chronic issues leading to Detroit’s bankruptcy.

Thomas J. Sugrue is the David Boies Professor of History and Sociology at the University of Pennsylvania. He is the author of Not Even Past: Barack Obama and the Burden of Race (Princeton) and Sweet Land of Liberty: The Forgotten Struggle for Civil Rights in the North.

"Praise for Princeton's previous edition:"[Sugrue's] disciplined historical engagement with a complex, often inglorious, past offers a compelling model for understanding how race and the Rust Belt converged to create the current impasse.""—America

"Praise for Princeton's previous edition: "A splendid book that does no less than transform our understanding of United States history after 1940.""—Labor History

"Praise for Princeton's previous edition: "[A] first-rate account . . . . With insight and elegance, Sugrue describes the street-by-street warfare to maintain housing values against the perceived encroachment of blacks trying desperately to escape the underbuilt and overcrowded slums.""—Choice

"Praise for Princeton's previous edition: "Perhaps by offering a clearer picture of how the urban crisis began, Sugrue brings us a bit closer to finding a way to end it.""—In These Times

"Praise for Princeton's previous edition: "[A] devastating critique of the currently fashionable 'culture of poverty' thesis. Must reading for anyone concerned about the current urban crisis.""—Jacqueline Jones, Lingua Franca